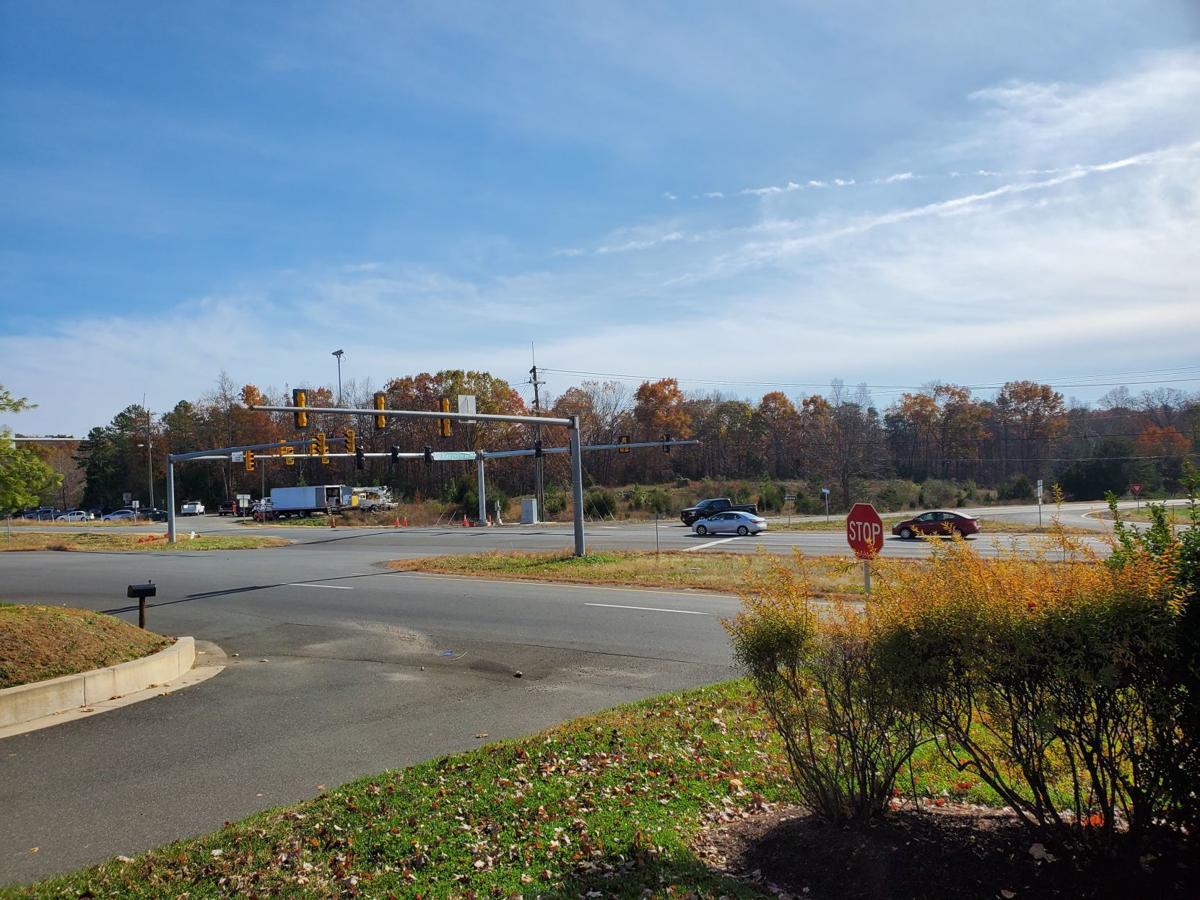 The wooded area viewed across the intersection of U.S. Route 211 and State Route 229 is the proposed site for Clevenger’s Village, a “planned-use” development in Culpeper County. 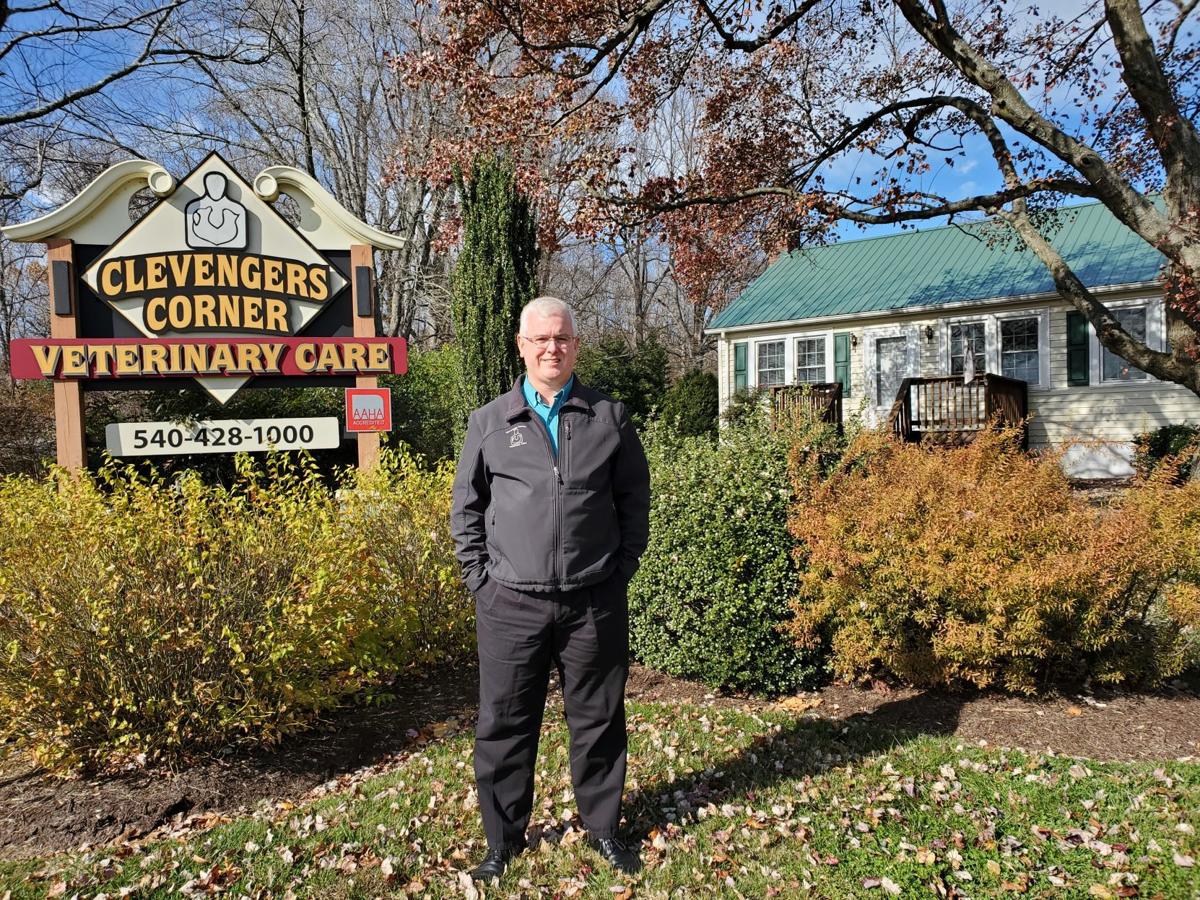 Veterinarian Michael Watts owns a clinic kitty-corner from where Clevenger’s Village, a proposed “planned-use” development in northern Culpeper County. On Nov. 6 the Culpeper County Board of Supervisors approved a request to amend proffers on the development. 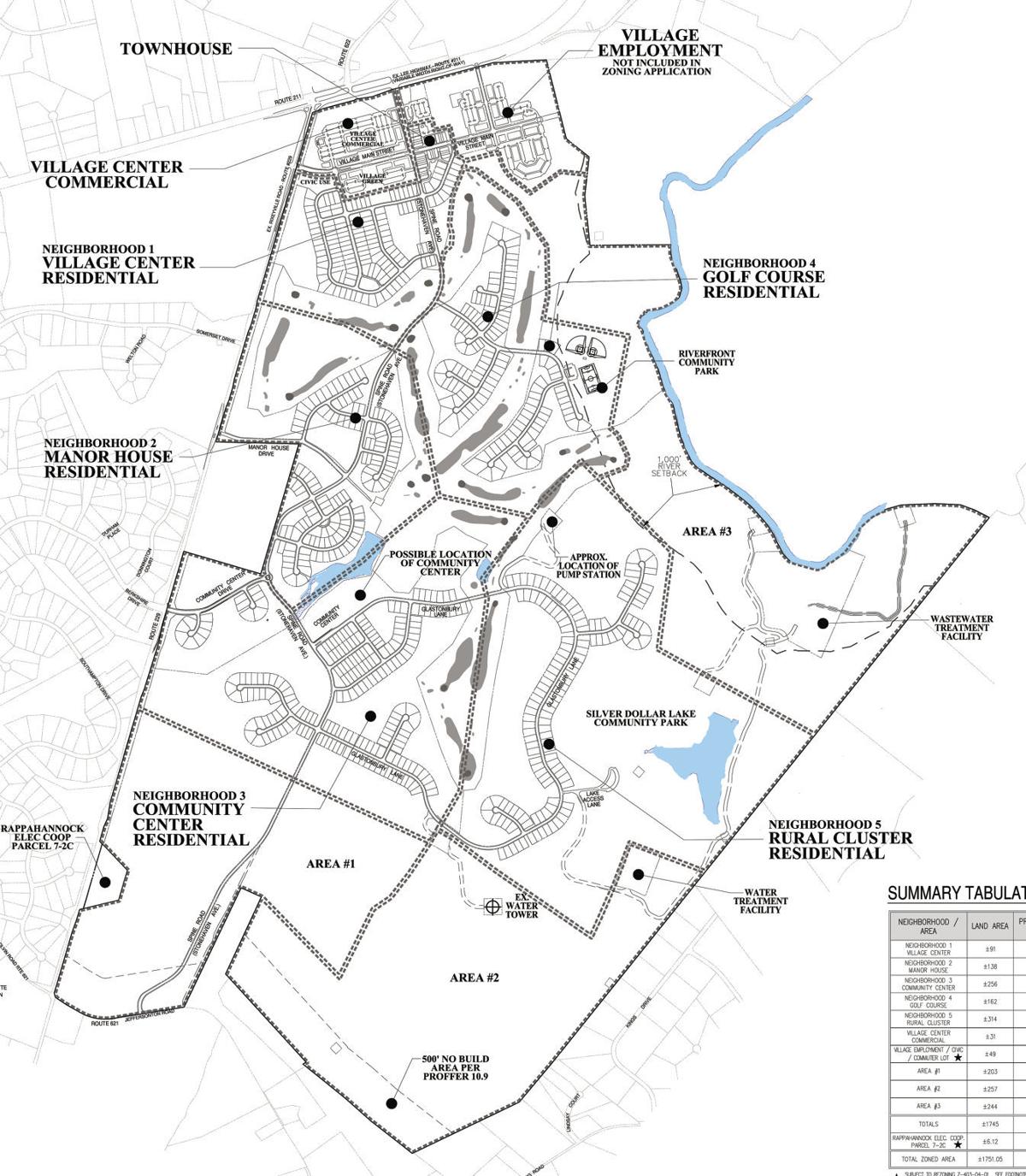 The wooded area viewed across the intersection of U.S. Route 211 and State Route 229 is the proposed site for Clevenger’s Village, a “planned-use” development in Culpeper County.

Veterinarian Michael Watts owns a clinic kitty-corner from where Clevenger’s Village, a proposed “planned-use” development in northern Culpeper County. On Nov. 6 the Culpeper County Board of Supervisors approved a request to amend proffers on the development.

The northern reaches of Culpeper County could eventually be served with commercial offerings—including a grocery store—as part of the recent revival of Clevengers Village, a “planned-unit development” at the intersection of U.S. Route 211 and State Route 229.

First approved in 2005 by the Culpeper County Board of Supervisors as part of a controversial rezoning, the Centex Homes development proposed 774 homes and 389,000 square feet of commercial and office space on 1,754 acres. Centex built water and sewer lines to serve the sizable neighborhood, but then the national economic downturn affected the project and no homes were built.

Developer Emad Saadeh, of Woodbridge, is the new owner of the residential parcels at Clevengers, having purchased the project from Pulte last year, who had bought it from Centex in 2014. Saadeh and has a reported contract to purchase the commercial areas, according to a report from the Culpeper County Planning & Zoning Office.

At its meeting Nov. 6, the Culpeper County Board of Supervisors by a vote of 6-1 approved changes to the proffer statement associated with the massive development allowing updated home designs, specific triggers for the commercial development and increased, per-home cash payments to the county to offset associated capital expenses—public schools, public safety and roads.

Total cash proffers proposed as part of the reimagined Clevenger’s Village total $8.54 million—$2.7 million more than the original plan from 14 years ago. The proffers also include dedicating eight home lots to Habitat for Humanity and 70 acres earmarked in the development for an elementary and middle school.

Saadeh gave a lengthy presentation to the Board of Supervisors at the meeting, stating he hoped to start building in Clevenger’s in 2021 and continue through 2029.

Per the approved proffers, 15,000-square-feet of retail commercial space would be substantially completed prior to the county issuing a home-occupancy permit for the 291st house. An additional 108,000 square feet of commercial development would be substantially completed no later than the issuance of the 491st home-occupancy permit.

Substantial completion would mean completion of “shell construction” at the commercial sites, water and sewer line extensions and perimeter road improvements, according to the proffer statement.

Various commercial development measures triggering numerous road improvements are also included in the proffers, including expanding and relocating the VDOT park-and-ride lot in the area. The Clevenger’s Village plan includes an eventual community center and a land preserve.

County staff supported the proffer changes, noting the applicant “has committed to adjust cash proffers for inflation.” Staff also noted the developer increased the total contribution to support the Little Fork Fire & Rescue Company that serves the Jeffersonton area, located more than 12 miles north of the town of Culpeper.

“Staff believes the changes proposed still support the overall approved planned-unit development, which is in keeping with the comprehensive plan for this area,” according to the staff report, noting support for project concepts, such as large amounts of open space, pedestrian facilities and recreational amenities. “These types of facilities are missing from many of our ‘by-right’ developments in the county today, and planned-unit developments such as Clevenger’s Village cold set the bar higher on many levels for future development in Culpeper County.”

At last week’s meeting, Saadeh said Clevenger’s Village and its variety of housing would “be an incredible draw to Culpeper County” with townhomes starting at $160,000, and topping out at $400,000-plus for five-bedroom single-family homes.

“We want to make sure we’re hitting every demographic,” the developer said, from retirement to young families, describing Clevenger’s as “walk-to-town-center type of living.” As for the commercial amenities, a concept plan shows a large grocery store at center surrounded by a bank, restaurant, community center and half-dozen retail shops.

“We feel very strongly about Clevenger’s Village,” Saadeh said. “We’ve done our market studies and we are the kind of people who stick around.” He said the project would be developed “in small pieces” based on market demand. Saadeh valued the commercial aspect of Clevenger’s at $44 million and the residential part at $266 million.

Supervisor Steve Walker, before the vote approving the amended proffers, said he voted against the project in 2005 because the commercial component was not proposed for construction alongside the residential.

“It has to happen in harmony,” said the outgoing supervisor. “You have to have something to walk to.”

Supervisor Frazier said he is interested in the commercial side of Clevenger’s, asking if it would provide room for expansion. Saadeh said 28 acres is set aside for stores and offices and that, “We will squeeze every square foot out of it that we can.”

Frazier said it would be ideal for the future Clevenger’s residents to do their shopping in Culpeper County, which “...would certainly help pay for whatever schools will be generated by this project.” At build out, the supervisor said, Clevenger’s Village would be “a little city.”

Frazier said a vote on the revised proffers was premature and needed to be delayed for at least 30 days, which is why he voted against the project.

Several Jeffersonton area residents spoke in favor of the plan, as did outgoing Supervisors Sue Hansohn and Alexa Fritz, before Bill Chase made a motion to approve the proffer changes.

Michael Watts, a veterinarian and owner of Clevengers Corner Veterinary Care, located kitty-corner from the proposed development, attended the Nov. 6 meeting. Watts writes a weekly column on pet care for the Star-Exponent. He started his vet practice at Clevengers at about the same time Clevenger’s Village was first proposed.

“I do have an interest in the project, but I wouldn’t say I was ‘all-in,’ necessarily,” Watts said in an interview Friday. “I’m in favor of careful, conscientious development. We want to maintain the character of the area.”

Watts commented the plan for the development would include a realignment of the intersection of routes 211 and 229, which he said is needed.

“The way it is now is confusing, so accidents happen there all the time,” Watts said. “It’s past time for that problem to be fixed.”

He added that there are no services or commercial development in that region of Culpeper County.

“As it is now, residents of the area all go out of the county to shop and eat at restaurants,” Watts said. “Keeping that business in Culpeper would be good.”

Saadeh will now need to go through the subdivision and site plan process, according to County Administrator John Egertson. “He has indicated that he would like to start the commercial portion right away, alongside the first phase of residential. This is not required, but would be advantageous,” the manager said.