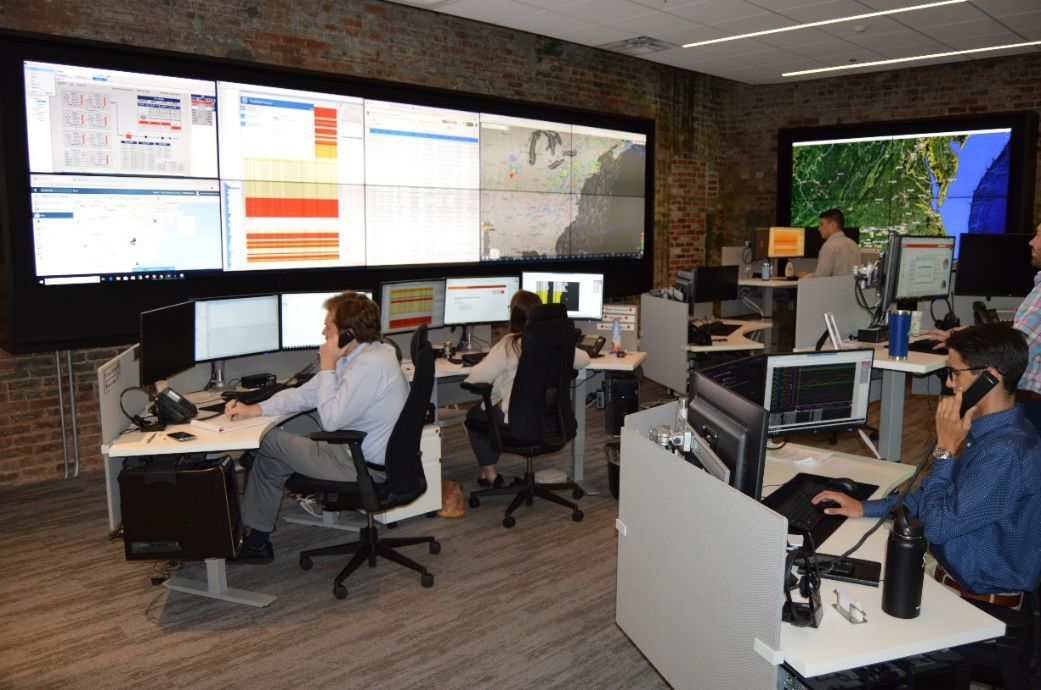 The Maroon Solar project, if built, will be remotely monitored from Strata Solar headquarters in Durham, N.C. 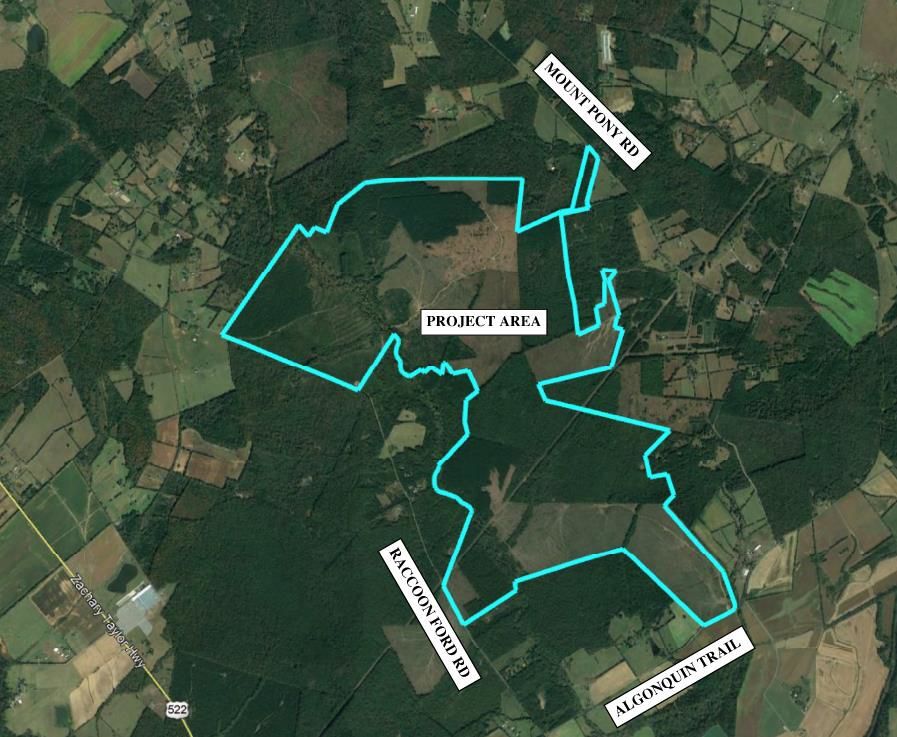 The proposed site for the Maroon Solar project is in southern Culpeper County.

Less than two months after abruptly pulling its application for a 1,000-acre solar power plant in rural southern Culpeper County, North Carolina-based Strata Solar is back with a resubmittal of the same-sized project, but split into three phases of construction over three years.

Despite facing strong community opposition to the original proposal, developers of the 149-megawatt Maroon Solar facility near Raccoon Ford resubmitted the revised conditional use application to Culpeper County on Wednesday. Strata development consultant Dave Stoner said in a teleconference call Thursday with the Star-Exponent and colleague Louis Iannone that the changes were made in response to feedback from the county planning commission and neighbors.

Many comments were heard in November at initial review in regard to the power plant’s impact on the rural viewshed, natural resources and historic nature of the remote area near the Rapidan River bisected by the Dominion Remington-Gordonsville 230kV transmission line.

The Maroon Solar resubmittal spreads out development of the total 1,000-acre project on 1,700 acres over three years with around 300 acres developed at a time on what is primarily cleared timber land.

Another significant change is moving the substation off of the road into the interior of the project and out of sight.

“We were disappointed back last fall when we did not get the planning commission’s support, but nonetheless Strata fees like we still have a very good project here that could benefit Culpeper,” said Stoner in Thursday’s teleconference. “We’ve made some significant changes and reapplied.”

The change to 300 acres of solar plant development per year was to align with the county’s policy limiting projects to 300 acres, he said.

“It’s a huge change for us,” Stoner said. “It makes the project somewhat less efficient to construct but we are willing to do that both because it gets us closer to the intent of the policy, and because we are hoping that helps address some of the concerns about erosion and sediment control.”

Moving the substation off of Raccoon Ford Road, several thousand feet from the project boundary with no visibility will also negate the need for construction traffic on that part of the road, he said. The resubmittal also includes 1,000-feet separation from the solar project to adjoining properties, he added.

The relocated substation is two-thirds of a mile from the nearest home, Iannone said, noting his previous work on more than 100 Strata Solar projects.

“There’s never been one this isolated,” he said. “It’s just extraordinary isolated. We just try to stress how while this is a large utility-scale solar project there isn’t going to be any off-site visibility.”

The $200 million project is expected to create nearly 400 construction jobs and permanently employ 12 to 15 full-time grounds maintenance personnel and electrical and mechanical technicians. Maroon estimates nearly $6 million in county revenue from the project over its estimated 35-year life and $9.4 million if the county adopts a revenue share ordinance. The company has also offered a $1 million payment to the county over three years in a proposed siting agreement.

Solar power plant infrastructure on the site, according to Strata, will include rows of photovoltaic panels spaced 15 to 25 feet apart and mounted on posts principally driven into the ground; inverters and transformers in modular metal cabinets; electrical collection and communications lines mounted on the racking, buried in conduits, or located on overhead utility poles; the project substation consisting of breakers, main step-up transformer, buswork, and metering; communications and facility control systems and equipment; an interconnection switchyard adjacent to the substation connecting to the Dominion transmission line; unpaved access roads, grassy driving aisles, and gravel entrances from public roads; chain-link security fencing located around the perimeter of the solar arrays and developed site areas; stormwater and erosion and sedimentation control features and basins and several container-sized storage containers placed on for spare parts and materials.

Existing timber and vegetation buffers surround a very substantial portion of the site, screening it from neighboring views and passing traffic where the site abuts road frontages, according to Strata.

Citizens for Responsible Solar is opposed to multiple 300-acre parcels being in close proximity to each other, said Susan Ralston on Thursday. She is president of the grassroots political action group leading neighbor opposition to Maroon Solar and other large solar projects along the transmission line.

“We’ve always been afraid that a developer will try to get around the 300-acre limit by just putting multiple projects next to each other,” she said.

Culpeper County Planning & Zoning Director Sam McLearen said on Thursday said his office had just started review of the resubmittal and no public hearings had yet been scheduled.

Get ready for ‘supercharged’ economy after pandemic

Get ready for ‘supercharged’ economy after pandemic

Retired professor tells Culpeper board solar is unreliable, poor use of farmland

This week's money tips: 3 habits to carry forward from the pandemic era

Also, check out more of this week's best personal finance reads from experts at NerdWallet, Forbes and The Motley Fool, as well as our new podcast, PennyWise.

Gasoline prices in the Richmond region and across Virginia have been rising this month and could go up even higher in the days ahead because of the extreme cold weather hitting much of the country.

A maker of power management equipment is planning to expand its operations in Henrico County, adding about 80 jobs.

Culpeper Medical Center, a Novant Health UVA Health System facility, was recently recognized by the Orange County Chamber of Commerce as its F…

A Black-owned Washington media company is teaming with the owner of a potential rival to propose a $517 million casino resort and live music theater in South Richmond on property now owned by Philip Morris USA, one of the city’s biggest employers.

The Maroon Solar project, if built, will be remotely monitored from Strata Solar headquarters in Durham, N.C.

The proposed site for the Maroon Solar project is in southern Culpeper County.