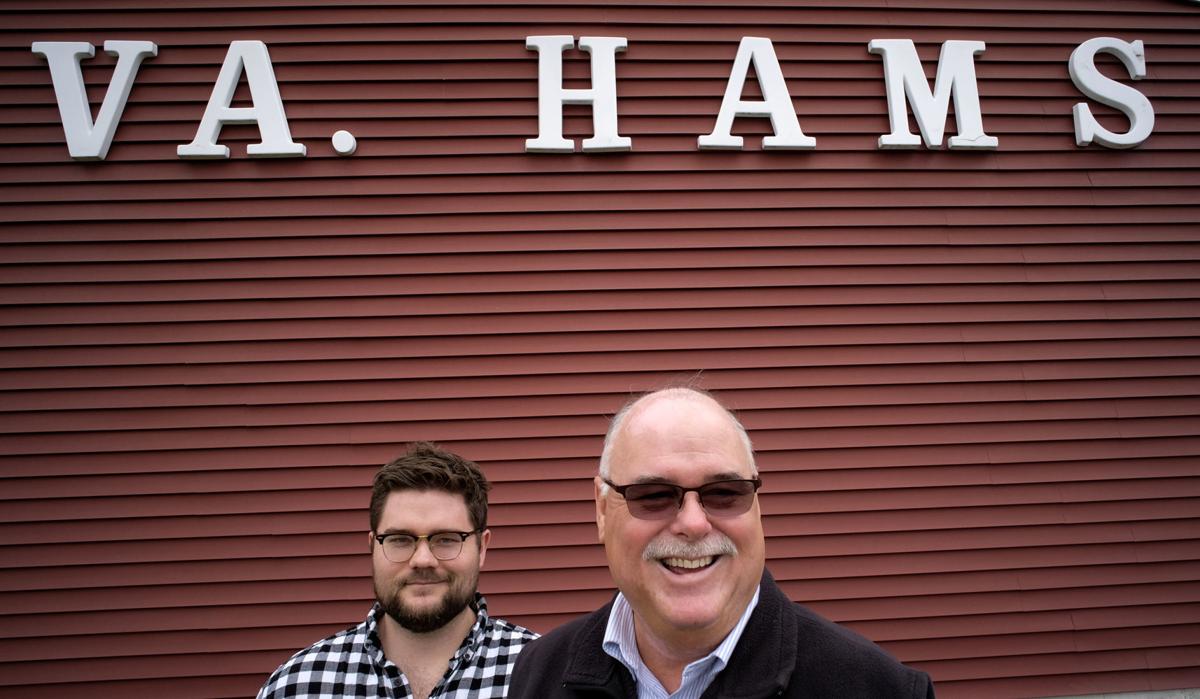 Sam Edwards III (right) and his son, Sam Edwards IV, stand outside their store in Surry. It’s one of the few places that still had hams from the old smokehouse after the fire. 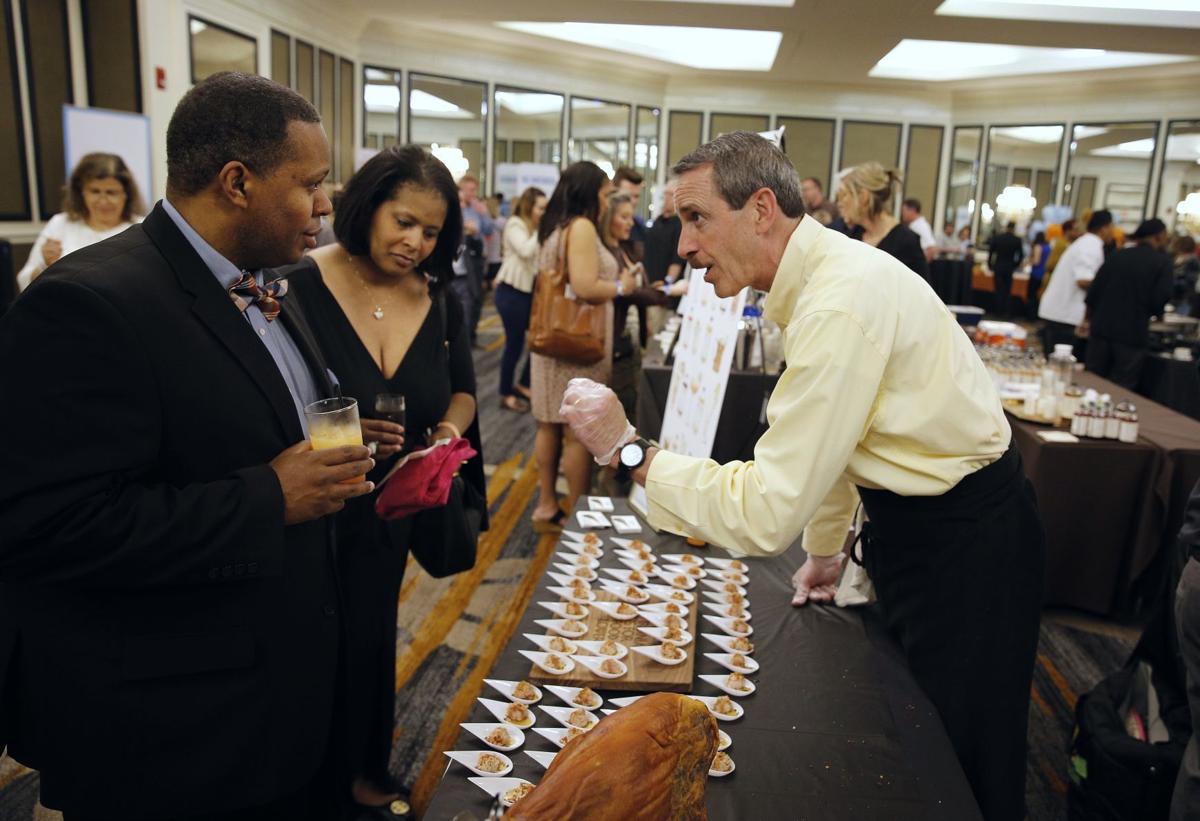 Keith Roberts (right), wholesale manager for Edwards Virginia Smokehouse, talked to Parris (left) and Hope Wallace about a ham dish at A Taste of Richmond, the Richmond Times-Dispatch’s signature food event, at the downtown Omni Richmond Hotel on Thursday.

Lots to savor at A Taste of Richmond

BY ELIZABETH MOORE The Virginian-Pilot

It’s the end of a 95-year era for the Edwards family.

The deal was announced Tuesday. Steven Burger, CEO of Burgers’ Smokehouse, said it is expected to close on Aug. 31. He said Burgers’ offer was for an undisclosed amount.

Edwards ham products are a staple of holiday meals and sought-after in the fine dining world, but in January 2016, a fire destroyed the company’s 50,000-square-foot building housing the smokehouses and cure rooms.

Selective Way Insurance offered only about a fourth of the cost it would take to rebuild, Edwards said. This launched a lawsuit that has dragged on for five years and which Edwards expects to last another two. That’s part of why he decided to sell the company.

“So because of that, and with the next generation having put their careers on hold, it just seemed like the right thing to do to move forward with the offer that Burgers’ Smokehouse made to make the purchase of the company,” Edwards said.

The Burgers and Edwards families are no strangers. The second generation of each (the current owners’ parents) met through the industry and became friends. They took vacations together and developed a relationship that extends to the third and fourth generations of Edwards and Burgers.

Burger said that before the fire was even put out, he was extending his regret to the family. He said the Burgers will try to do their part to keep the brand in the market.

“Being fortunate enough to have produced the product for the last five years or so here, they’ve made it almost a natural extension of what we’re doing now to go ahead and take ownership,” Burger said.

Edwards has ham shops in Williamsburg and Surry, where people can buy provisions — whole ham, deli slices, bacon and sausage — and sandwiches.

The shops will not close just yet, but they cannot keep selling products under the Edwards label because of the noncompeting clause, he said. Edwards said ideally he could find someone to take over the stores and run them under a new name.

He also thanked wholesale and retail customers for their support for 95 years.

“If it hadn’t been for our friends in the country ham industry, especially Burgers’, we wouldn’t have been around for the last five years,” Edwards said. “So again it’s just the way things turned out. You know, maybe one day I’ll come out of retirement and write a book about the insurance industry.”

How to have financial flexibility

Labor Law: Your employee presents a letter saying she is exempt from the COVID vaccine due a religion you’ve never heard of. Now what?

More employers are mandating COVID-19 vaccines, and this has set off a flurry of requests for exemptions – for both medical and religious reasons.

Artist and graphic designer Crystal Burnam, a resident of Culpeper, is painting a mural that reflects Culpeper and its history at Battlefield …

Juan Conde, WRIC Channel 8 evening news anchor, is stepping down after 22 years at the station.

September is the last month cigarettes can be bought free of a new tax in Spotsylvania County.

As federal student loan debt continues to rise, a number of scholars discuss how debt affects the nation’s college students, graduates and the economy as a whole.

Virginia helped between 6,000 and 9,000 families a month  the first six months of the year, distributing about 42% of federal money targeted for rent relief.

Scammer pretending to be "officer" with Culpeper PD, demands money to avoid arrest

Fortunately, residents immediately recognized the common scam and hung up the phone.

Tenants can apply for the Rent Relief Program through Virginia Housing & Community Development.

Sam Edwards III (right) and his son, Sam Edwards IV, stand outside their store in Surry. It’s one of the few places that still had hams from the old smokehouse after the fire.

Keith Roberts (right), wholesale manager for Edwards Virginia Smokehouse, talked to Parris (left) and Hope Wallace about a ham dish at A Taste of Richmond, the Richmond Times-Dispatch’s signature food event, at the downtown Omni Richmond Hotel on Thursday.

Lots to savor at A Taste of Richmond