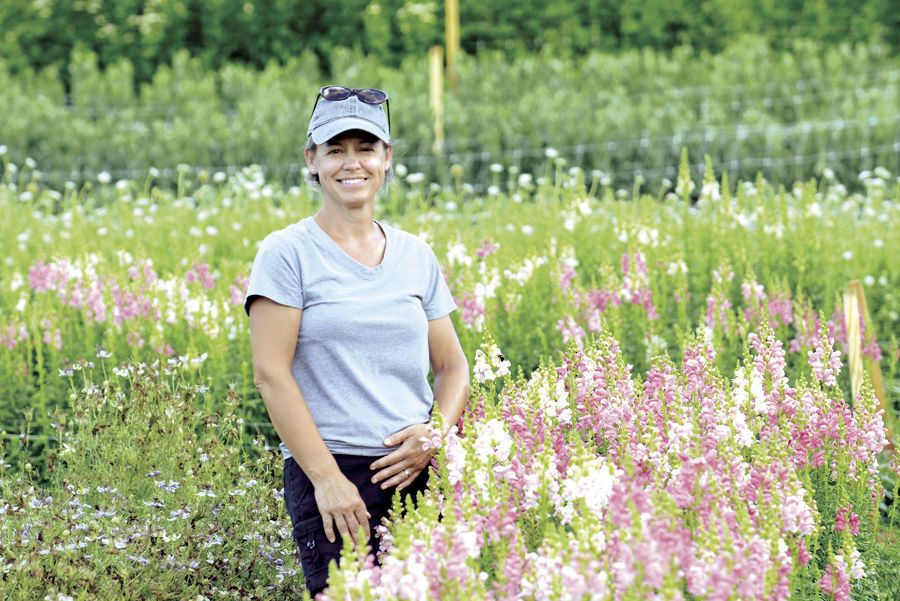 Stacey Chapman, proprietor of Westwind Flowers, located on a small piece of land at James Madison’s Montpelier, advises how to grow flowers. 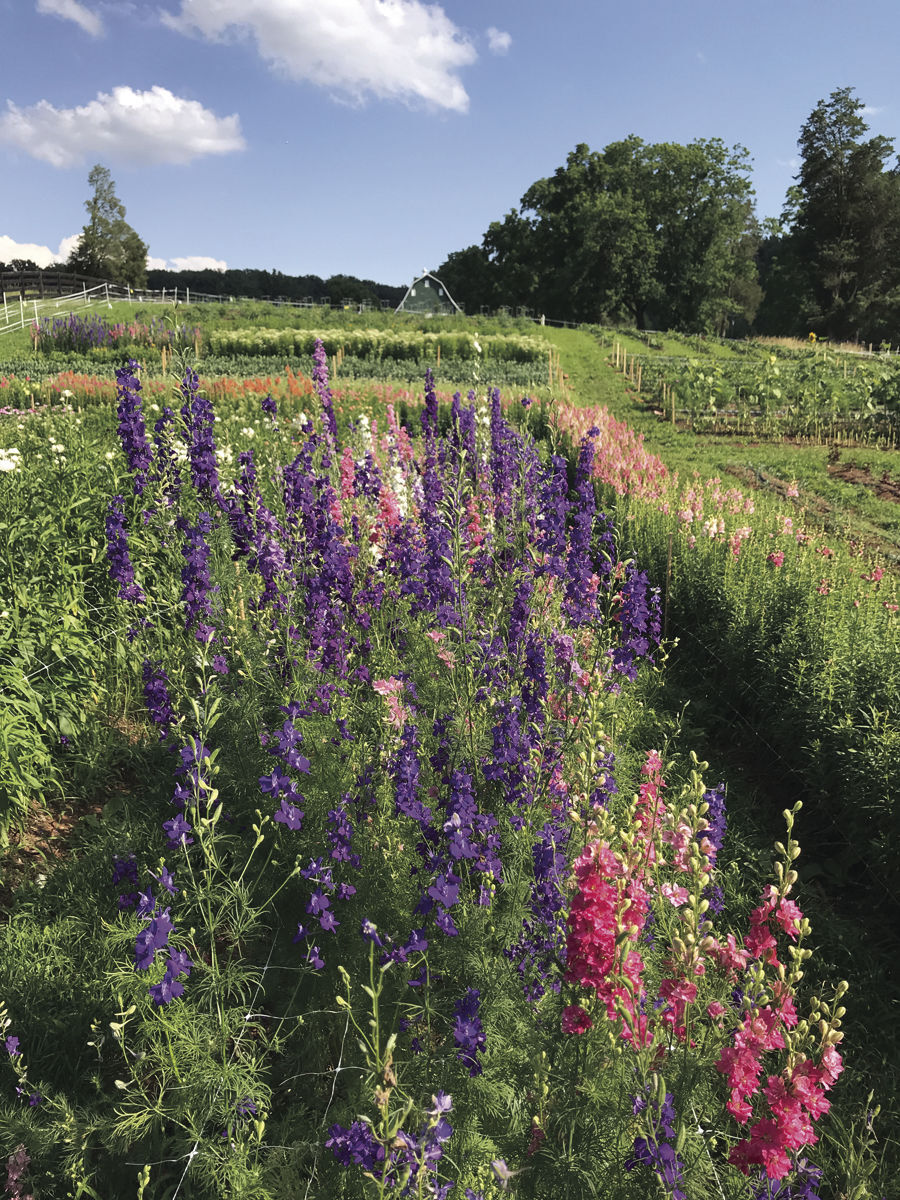 Stacey Chapman, proprietor of Westwind Flowers, located on a small piece of land at James Madison’s Montpelier, advises how to grow flowers.

On a small patch of land at James Madison’s Montpelier, wedged between a wildflower meadow and the new Virginia Thoroughbred Project, there’s a colorful plot of flowers growing beneath the hot, summer sun.

Teeming with bumblebees, butterflies and unfortunately some pesky Japanese beetles, the flowers represent the lifetime dream of proprietor Stacey Chapman. The enterprise is named Westwind Flowers, after the road where she and husband, Tom, live in Orange.

“The flower industry is an $80 billion a year industry, but 80% of those flowers come from outside the United States,” she says, ticking off the hard-to-spell official names of the various plants carefully organized on the rolling plot.

Growing and selling close to home means a smaller environmental footprint and a conservation of resources. Where and how flowers grow matters, she said.

Chapman, who worked in floral shops in her early 20s before detouring into other endeavors, said she always had the idea she wanted to work with flowers. She didn’t want to be a retail florist, necessarily. But in the last few years, her husband asked her what she wanted to do and suggested she think about becoming a flower farmer.

“Don’t mess with my dream,” she scoffed.

Instead, they worked to make it happen.

Tom Chapman worked for more than 20 years as an archaeologist, research historian, executive project manager and director of operations at James Madison’s Montpelier, and his relationships there helped the couple to obtain the small, colorful plot on the exit route of the presidential estate.

They first started working the tract in the fall and planted in early March. Since then, Stacey Chapman has been selling fresh flowers at farmers’ markets throughout the area, to designers and to local pre-pay customers who collect single-stem cuttings out of a small shed on the flower farm. (The farm is not a pick-your-own operation.)

Chapman said she had gardened on a small scale previously, but never to the extent of her current endeavor. One thing she said she’s learned: “You have to be patient with the seasons.”

Modern society, she lamented, expects immediate gratification. “We’re so used to having it now, immediately,” she said. “We’re trying to grow with the seasons and adapt to what nature gives us.”

At the same time, she added, it’s one more service that can be achieved locally—a point driven home during the recent coronavirus-related shortages in area grocery stores.

“When I went to the store and couldn’t find any food, I reached out to some local farmers for meat and told them if they had some, I’d be their customer for life,” she said. “That’s one more reason I thought, ‘we should do this.’ We’ve gotten so far away from buying local.”

Noting many of the flowers Americans buy come from South America, she pondered the ecological impact of their cultivation and transportation to various ports of call before ultimately arriving days or weeks later in a local chain store.

“We talk about ‘shop local’—we need to think about ‘flower local,’ too,” the budding flower farmer said. “There are a lot of benefits from buying directly from your local flower farmer.”

Westwind Flowers offers single-stem, seasonal cuttings Fridays or Saturdays at Yoder’s Market in Madison; at the new Orange farmer’s market associated with Southard Seafood on Route 20; at Provisions Market Table in the Silk Mill complex in Orange; at the Spotsylvania Farmer’s Market in the Route 3 commuter lot; and at the Forest Lakes Farmer’s Market off U.S. 29 in Albemarle County.

Fresh Harvest Club members can purchase a community supported agriculture-type share and select fresh flowers from the shed at the farm each Friday. It is otherwise not open to the public. For more information, visit westwindflowers.com.