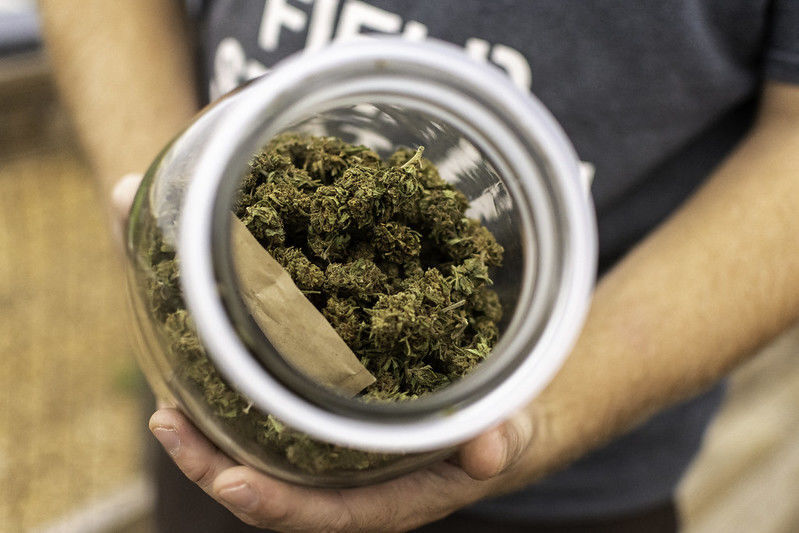 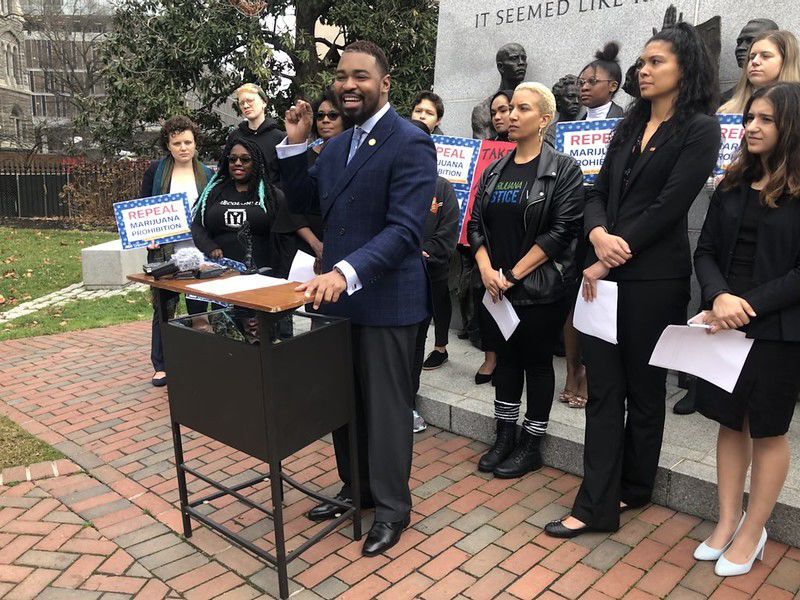 Del. Joshua Cole (D-Fredericksburg) addresses the press about the racial effects of marijuana prohibition at the start of the 2020 General Assembly session.

RICHMOND, Va.—Virginia’s commercial marijuana market could yield between $30 million to $60 million in tax revenue in the first year, according to a new report by the state’s legislative watchdog agency.

The Joint Legislative Audit & Review Commission released a report this month that explores how the commonwealth could legalize marijuana. The agency, however, did not give its take on legalization. Shortly after the report was released Gov. Ralph Northam announced that “it’s time to legalize marijuana in Virginia.”

The state’s tax revenue could grow to between $150 million to more than $300 million by the fifth year of sales, according to JLARC. The revenue depends on the tax and demand of marijuana products.

Most states with commercial marijuana markets tax the product between 20%-30% percent of the retail sales value, JLARC said. Colorado, one of the most mature and successful U.S. marijuana markets, currently has a tax rate close to 30%, showing that while the tax may be high, the market could still be successful, said Justin Brown, senior associate director at JLARC.

“But in reality, there’s no magic rate that you have to use, and I think that’s one thing that the other states’ experience shows,” Brown said.

Virginia decriminalized marijuana possession earlier this year. The substance is still not legal, but possessing up to an ounce results in a $25 civil penalty and no jail time. In the past, possessing up to half an ounce could lead to a $500 fine and 30 days in jail.

If the Old Dominion makes marijuana legal, it will follow in the footsteps of 15 states.

“In the first year the minority of sales will be through the legal commercial market,” Brown said. “But then over time, particularly if supply and demand works out, you’ll capture at least the majority of the full market through the legal market.”

JLARC said that if the General Assembly legalizes marijuana, the total sales tax would come out to around 25%-30%. This figure also came from the analysis of other states and how they taxed marijuana.

The industry also could create over several years between 11,000 to more than 18,000 jobs, JLARC said. Most positions would pay below Virginia’s median wage.

The revenue would cover the cost of establishing a market by year three, according to JLARC.

Northam said in a press release last week that his administration is working with lawmakers to finalize related legislation in preparation for the upcoming Virginia General Assembly session, which starts Jan. 13.

Capital News Service is a program of Virginia Commonwealth University’s Robertson School of Media and Culture. Students in the program provide state government coverage for a variety of media outlets in Virginia.

How to invest your tax refund wisely

How to invest your tax refund wisely

As restaurants reopen, a new crisis is emerging: staffing. Bad customers are part of the problem.

"We were in the business of hospitality, but we were forced to be security guards, sanitation experts, and punching bags for guests who didn't value our lives enough to simply wear a mask while talking to you."

According to a news release Tuesday by the Giant Company, which also owns Martin’s in Culpeper, certain packages of ground turkey purchased at…

Culpeperfest to provide 'reconnection' after year of pandemic

After the success in October of the Culpeperfest held at Cyclone Stadium, the Culpeper Chamber of Commerce plans to hold the 2021 event in the…

A new element of life-saving convenience is about to come to Culpeper.

'Hike with a Historian' to open Culpeper Tourism's 2021 season

As spring edges into summer, why not enjoy the outdoors by hiking with a historian on Culpeper County’s storied, well-preserved Civil War batt…

Cinemas opening May 14 are in Alexandria, Charlottesville, Midlothian, Short Pump, Sterling and at River Ridge Mall in Lynchburg, according to regmovies.com; Regal F'burg also opening May 21.

After taking a year off amid the pandemic, the Orange County Chamber of Commerce’s Orange Uncorked Wine Festival is back for its 30th anniversary and an assortment of wineries, cideries, vendors, bands and presenters are lined up and ready to go. The festival will be held at The Market at Grelen venue the weekend of May 1-2 from 10 a.m. to 5 p.m. and 11 a.m. to 5 p.m., respectively. A total of 11 wineries and two cideries will be participating.

Del. Joshua Cole (D-Fredericksburg) addresses the press about the racial effects of marijuana prohibition at the start of the 2020 General Assembly session.