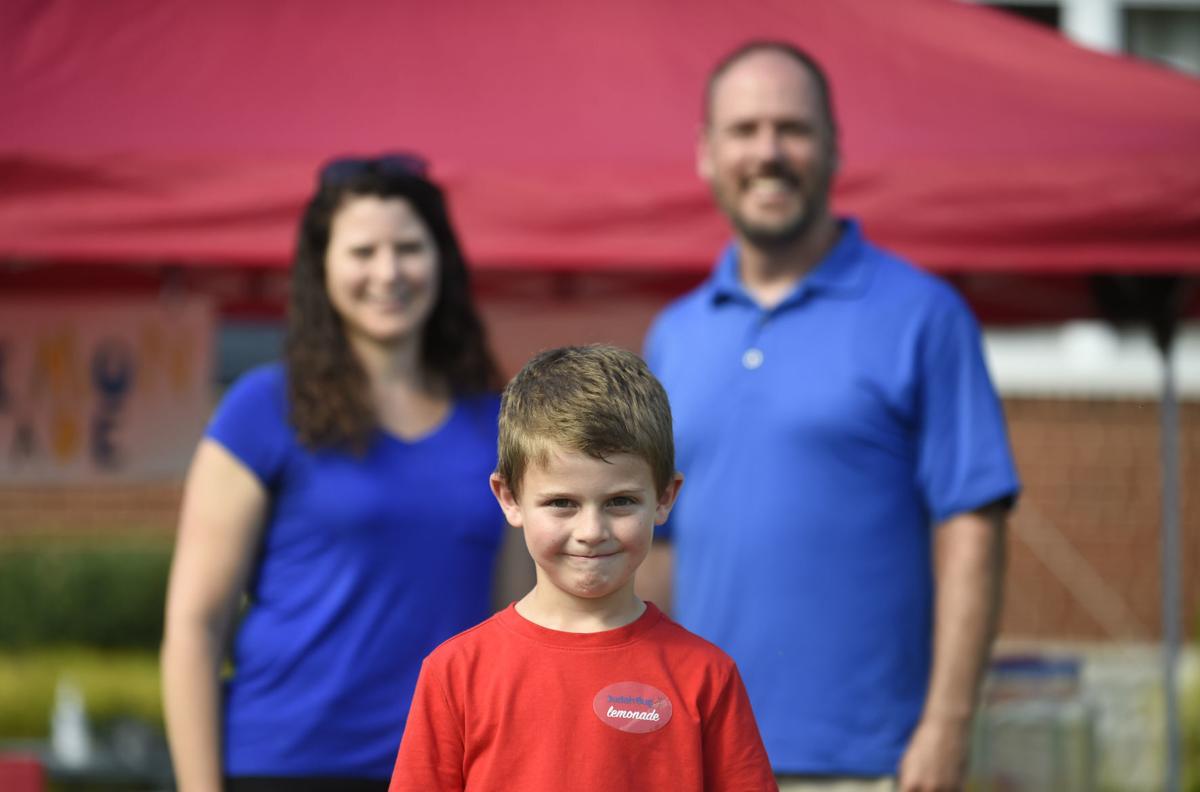 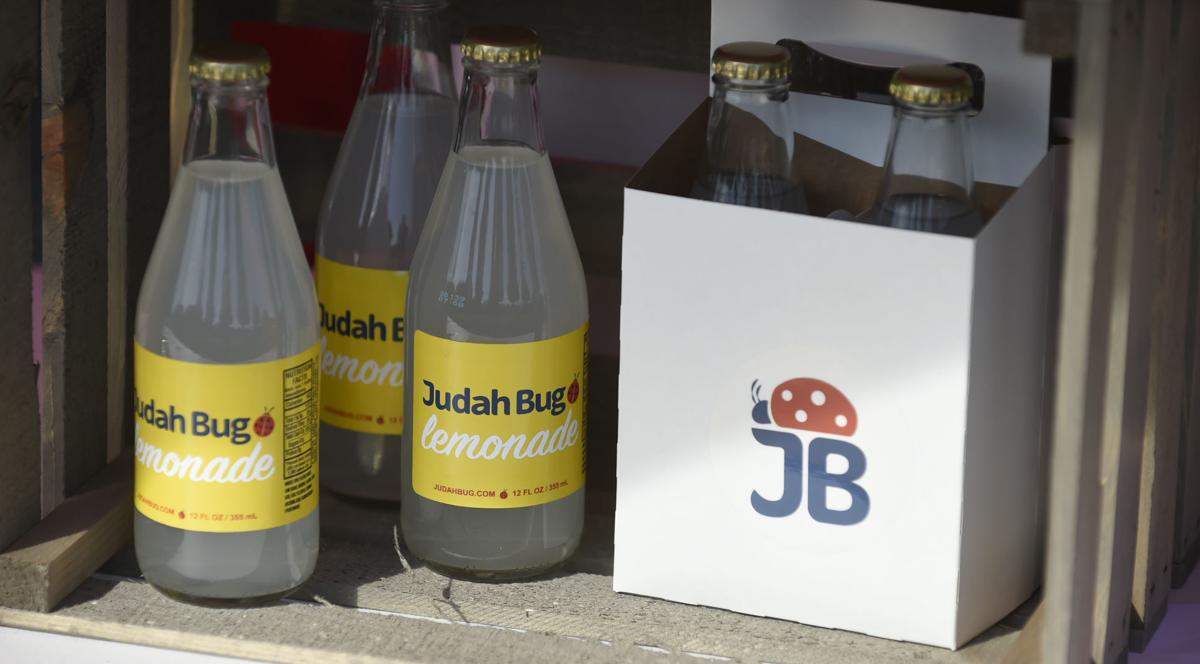 Using his nickname and some marketing help, Judah is selling his own brand of lemonade. 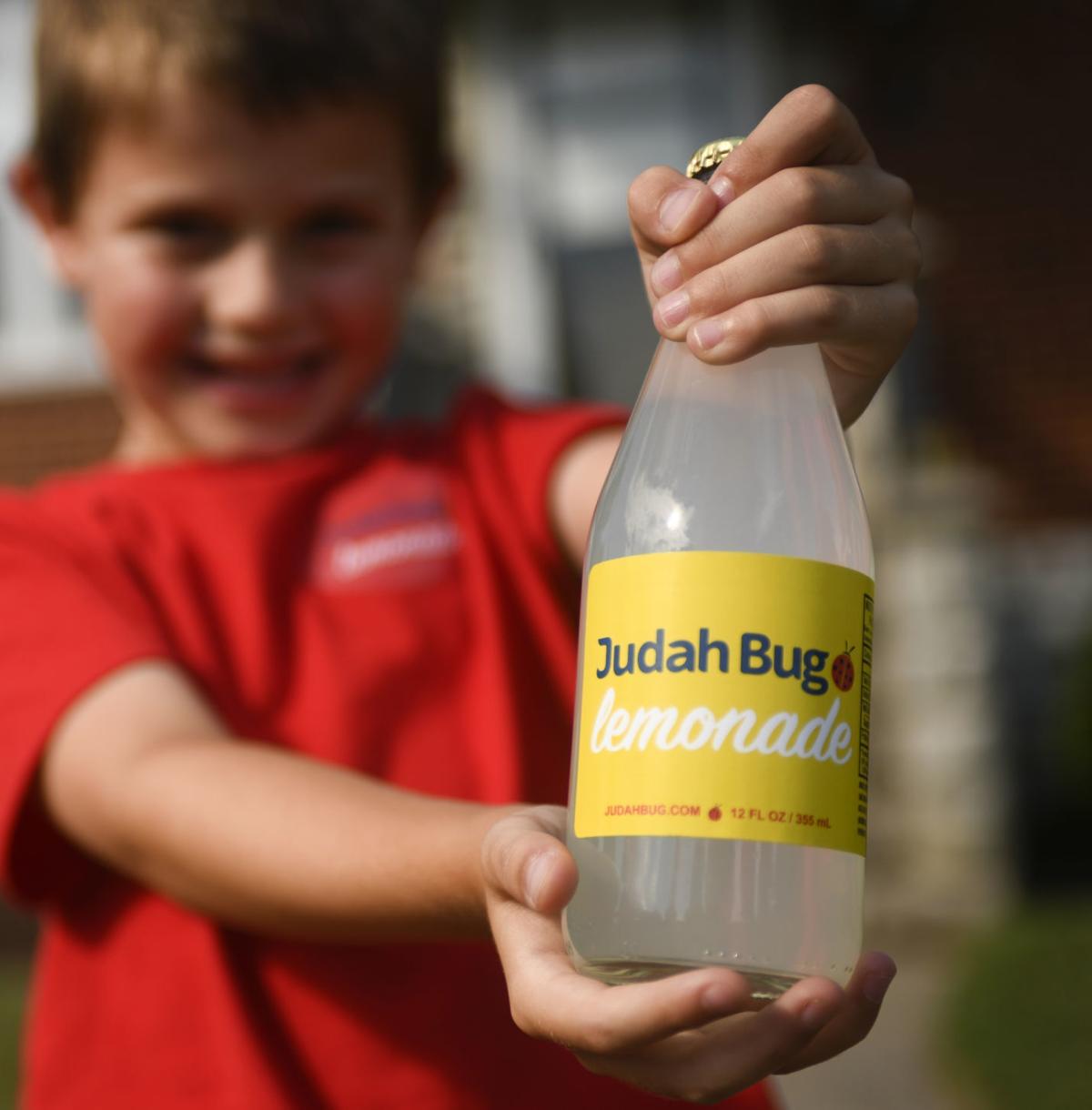 Using his nickname and some marketing help, 6-year-old Judah Clements of Roanoke is selling his own brand of lemonade. 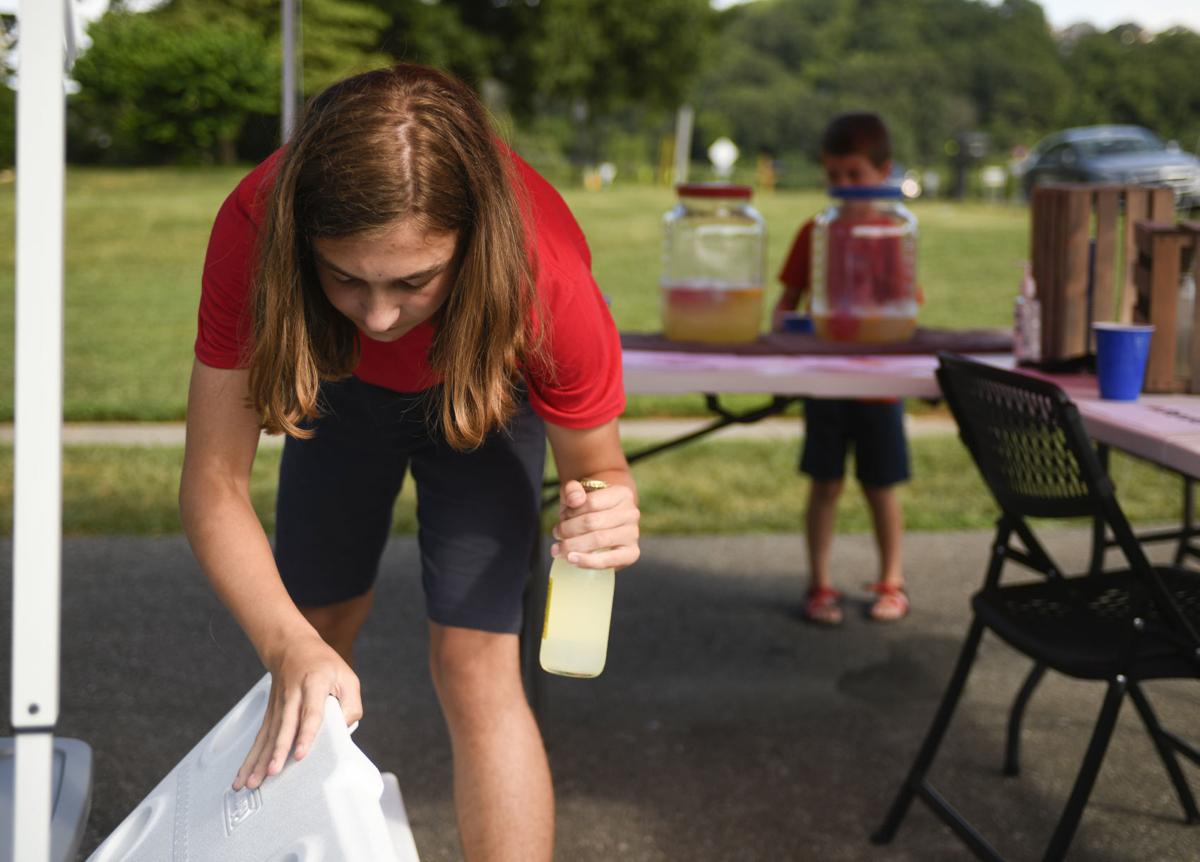 Judah’s whole family is involved in the business, including brother Aidan Davis. 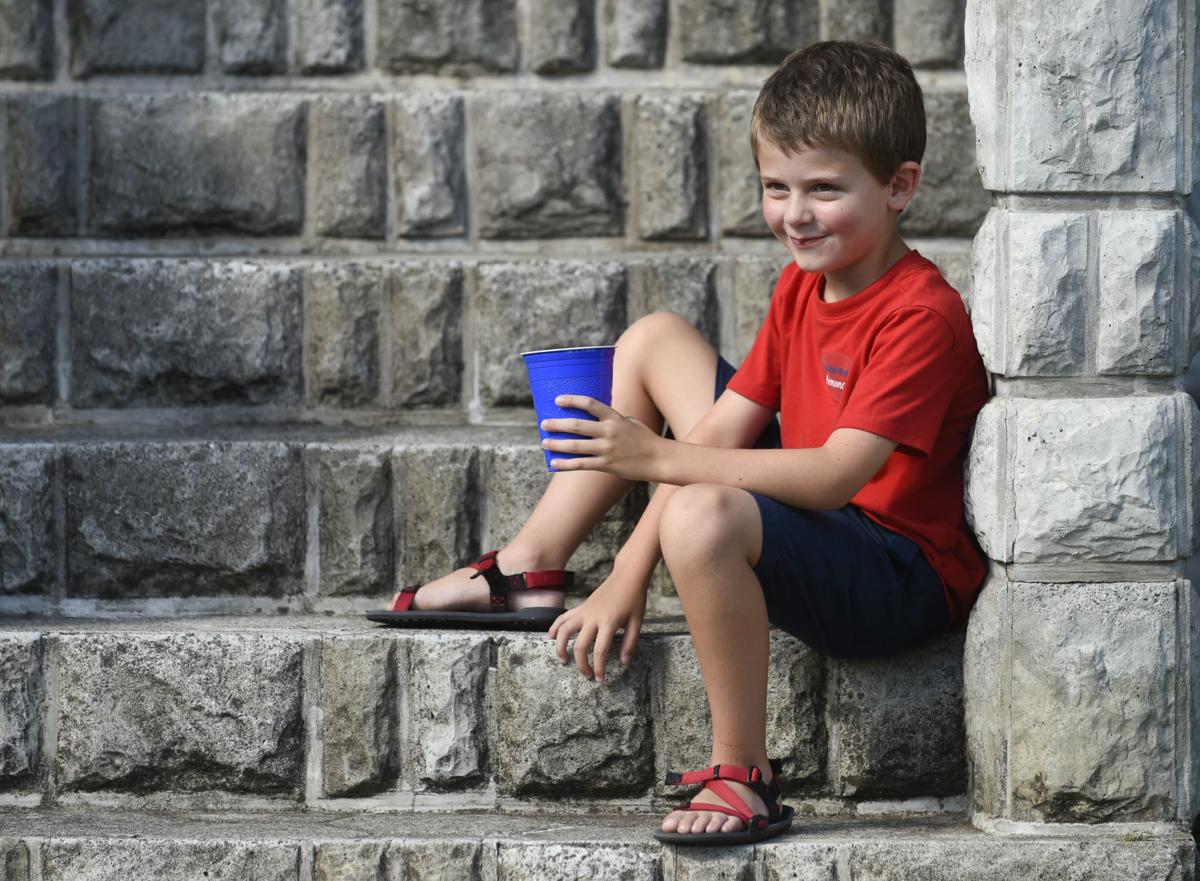 Judah Clements, 6, has bottled and branded his lemonade and is selling it online and on a sidewalk. 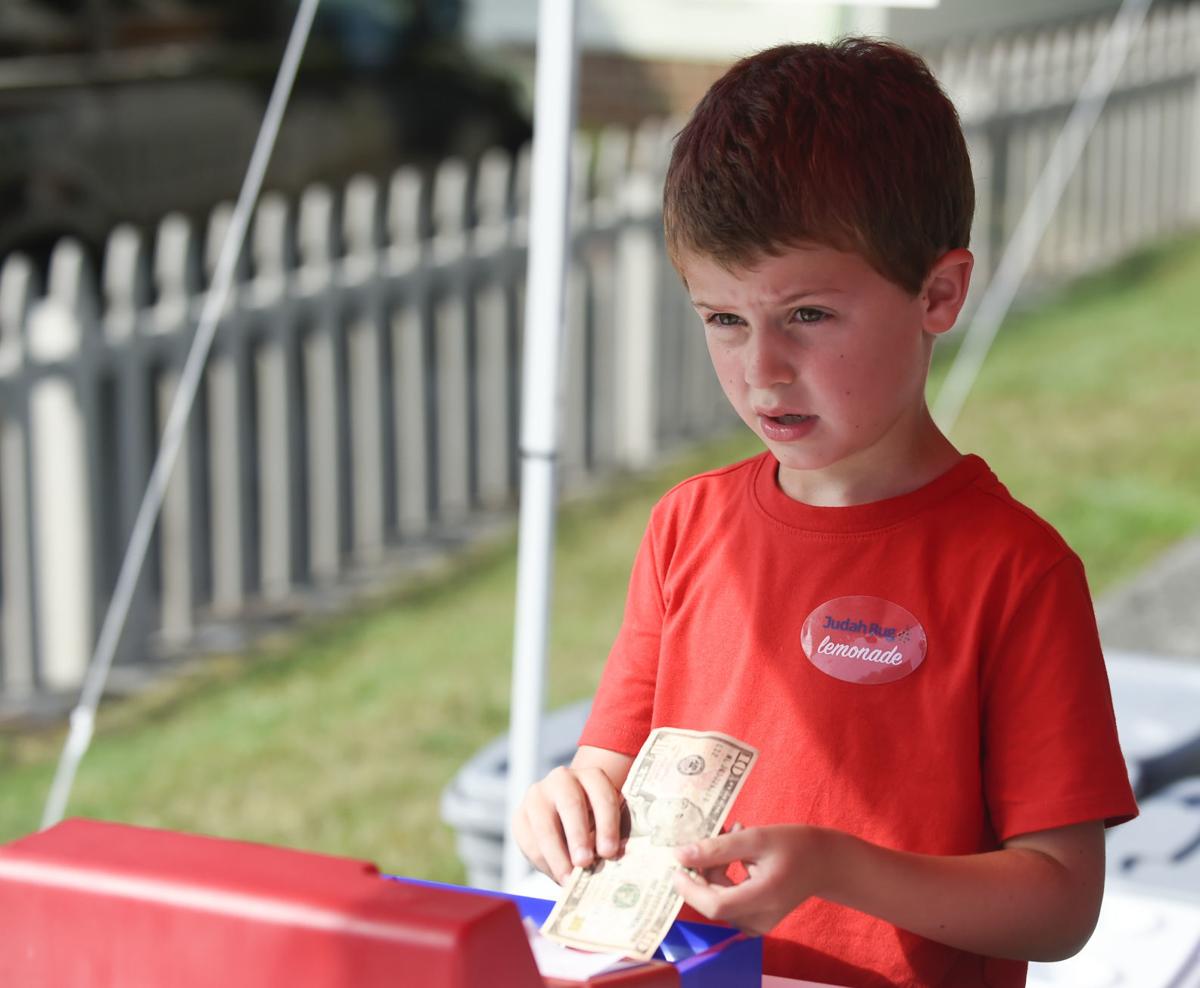 Using his nickname and some marketing help, Judah is selling his own brand of lemonade.

Using his nickname and some marketing help, 6-year-old Judah Clements of Roanoke is selling his own brand of lemonade.

Judah’s whole family is involved in the business, including brother Aidan Davis.

Judah Clements, 6, has bottled and branded his lemonade and is selling it online and on a sidewalk.

Six-year-old Judah Clements had been looking forward to operating a lemonade stand since seeing one a couple of years ago at a soccer game. Spring of 2020, his dad said, they would start one of their own.

Then the pandemic erupted and foiled Judah’s plans, but he didn’t give up.

“We’ve been talking about what it means to pivot, so we just kind of said, ‘What are our options?’ ” said Philip Clements, Judah’s dad.

Inspired by other companies that have gone online, especially those run by kids throughout the country, the Clements family helped Judah create Judah Bug Lemonade, an online lemonade business.

The company, named for Judah’s nickname around the house, sells two products: bottled lemonade and powdered lemonade mix, both featuring the Judah Bug logo. A portion of all proceeds will go to Angels of Assisi in Roanoke, because Judah loves cats and dogs.

A four-pack of Judah Bug Lemonade bottles costs $8; a single bottle is $2. A packet of mix, which makes 32 ounces of lemonade, costs $2.

They don’t have a target goal for their donation for Angels of Assisi, Philip Clements said, but Judah hopes to be partners with them long term and keep donating as his business continues.

Judah sold both products at his grand opening on a recent Saturday, a small event with family and close friends at his house in Roanoke.

“Everyone’s looking,” he said as cars drove past the set-up, complete with hand-drawn signs, coolers and tents.

Judah wore a red T-shirt with a Judah Bug sticker on it as he sat under the tent, shielded from passing rain showers. A bottle of hand sanitizer sat next to his toy cash register as he sold cold bottles, lemonade mix and plastic cups that customers filled from a pitcher, and handed out change to neighbors and friends.

Clara Craig, 6, and Alaina Craig, 8, two of Judah’s friends from Mineral Springs Christian School in Vinton, were the first customers of the day.

“It’s really good,” Clara said after taking a sip from her cup.

Judah chatted with his customers about going back to school, the tooth fairy and the new playground being built at Fishburn Park Elementary School across from his house.

His older brother, Aidan, 13, said the coolest part of the day was seeing Judah interact with everyone.

The Clements’ efforts culminated with a successful grand opening, but this wasn’t a one-day process.

Before the business could take off, Judah had to decide on the best kind of lemonade to sell. Philip Clements said they ordered samples and taste-tested different kinds at dinner. Sweetness is what makes a good lemonade in Judah’s book.

“Almost everything I like has some sweet in it,” Judah said.

Then, the family had to get to work creating a website and designing a brand.

Clements said his son has been actively involved throughout the process, talking to the lemonade distributors and logo designers over Zoom himself. Judah even had to negotiate with the distributors for the powdered mix, because he wanted less than their standard bulk quantity.

His dad said the company was reluctant but eventually agreed.

The O’Connor Group, which designed his ladybug logo, even invoiced Judah. He still has to pay them, he said.

Judah actually sold his first bottle of lemonade Friday to one of his friends. Thomas Dean, a recent graduate of Smith Mountain Lake Christian Academy, couldn’t make the grand opening, so he stopped by to see Judah beforehand for Judah Bug’s first official sale.

The Clements family and the Dean family go hiking every year for Father’s Day, Philip Clements said, and Thomas has been instrumental in Judah’s inspiration.

“He made me lemonade almost every time we went camping,” Judah said.

Although Thomas couldn’t be there Saturday, several of Judah’s other friends came and went throughout the afternoon. Many stuck around to chat while maintaining their distance and drinking their lemonade.

Lemonade isn’t the only business idea the 6-year-old has come up with. Philip Clements is the CEO of The Foundry, a company that works with people, including kids and students, to “develop an entrepreneurial mindset,” he said. As soon as Jonah heard his dad was launching the company in 2019, he started coming up with business ideas.

While the lemonade recipe isn’t Judah’s own, he has developed his own Cajun dish—Judah’s Jumping Jambalaya—which he wants to develop into box orders with all the ingredients. Clements said Judah almost got sidetracked from his lemonade endeavors because he was excited about some of his other ideas.

Jambalaya may be in Judah’s future, but for right now he’s sticking with lemonade. Judah said he and his mom, Melissa Clements, have thought about setting up shop at a farmers market, or at other events. Once the pandemic is over, Judah will have more opportunities to get his business out there.

“Just him seeing that it was possible to start a business opened his eyes,” Philip Clements said.

Judah said the best part of his grand opening event was “seeing everyone” and is looking forward to the day when COVID-related concerns are over, and everyone can stop by for a cold bottle of Judah Bug Lemonade.