Rep. Abigail Spanberger’s push to bolster high-speed internet access in communities across the country got the green light Wednesday evening from the U.S. House of Representatives.

By a vote of 233 to 188, the chamber passed a $1.5 trillion infrastructure bill, the Moving America Forward Act, which includes the Accessible, Affordable Internet for All Act that Spanberger helped introduce last week.

The COVID-19 pandemic has brought into sharp relief Americans’ increased reliance on broadband to conduct business meetings, telehealth consultations and online learning. Those impacts have been felt in Spanberger’s sprawling 7th Congressional District, which includes rural and suburban communities with widely differing internet and telecommunications capabilities.

The Moving America Forward Act would provide $80 billion to deploy broadband in underserved areas and to help states implement statewide systems of competitive bidding to accomplish that.

Cosponsored by Spanberger, the bill also would provide $5 billion to expand the Federal Communications Commission’s E-Rate program to fund more home broadband connections (both wired and wireless), laptops and tablets for rural students, and mobile hotspot-lending for schools and libraries. To further help students with long travel times to school, the legislation would require the FCC to make Wi-Fi access on school buses eligible for E-Rate funding.

Some localities in Central Virginia are pioneering such school-bus services, which can be helpful in the short term, and later rolled out in communities nationwide.

In an interview with the Culpeper Star-Exponent, Spanberger called the bill “landmark” legislation because its $80 billion provision is the first time Congress has acted to provide broadband from coast to coast, with competitive bidding.

“This is long overdue,” she said. “I know the challenges Virginia is facing with broadband are no different than those people are facing in New Mexico, parts of California, or rural Idaho. You name a state, and most have some challenges with this.”

The COVID-19 crisis has shown that for some companies, employees are able to work well remotely, she said.

In the future, some employers may no longer want to pay the big overhead costs of owning and operating a large office building if their workers can be anywhere, getting the job done via the internet, she said.

“Workers could be anywhere. Why not have them in Culpeper or Louisa or Nottaway, paying taxes and having their children go to school there? The company could be based in Richmond or D.C.”

But at the moment, a lack of high-speed internet access means some Central Virginia counties cannot attract the same sort of business that their neighbors can, she said.

Some workers choose to live in the county next door because its broadband is better, she said.

The Accessible, Affordable Internet for All Act includes Spanberger’s provisions to provide once-in-a-generation funding to strengthen high-speed connectivity in Central Virginia’s underserved areas and tackle digital inequities of geography, race and socioeconomic barriers. The legislation would expand the FCC’s E-Rate program to increase wireless service to existing school devices, as well as to hotspots for students who lack internet access at home.

“Infrastructure is more than bridges, roads, and tunnels—it’s also the physical infrastructure that allows our students, businesses, and communities to connect to the internet,” Spanberger in a statement. “In Central Virginia, like across so much of the country, we urgently need funding for broadband projects—particularly as COVID-19 lays bare the realities of the digital divide. For example, I’ve heard from Central Virginia teachers who’ve been unable to remain in contact with many of their students following school closures, simply because their students can’t reliably access the internet.”

Spanberger noted that improving broadband in the 7th District was one of the major issues that voters elected her to Congress to advance.

“Access to (high-speed) internet is an issue of economic and educational opportunity, and we can’t afford to leave Central Virginia’s rural communities behind in our national infrastructure conversation,” she said.

More than 25 percent of rural Virginians lack access to high-speed internet, according to the FCC’s 2019 Broadband Deployment Report.

But the true percentage may be much higher. Since 2015, the FCC’s broadband maps have relied on the same speed threshold, a standard that new and emerging internet technologies have made outdated, Spanberger’s office said. Virginians who meet the FCC threshold can lack the ability to connect to cutting-edge internet services.

To address that issue, the Moving America Forward Act includes Spanberger’s amendment to update the threshold for broadband speeds.

“If we’re going to keep our rural businesses, farms, and students competitive, we need to recognize that the broadband infrastructure we build must meet the need for faster downloads and uploads,” the congresswoman said. “My amendment would require the GAO to examine the efficacy of the FCC’s process for updating its broadband speed thresholds.”

With better data, the nation can better decide how to invest in broadband infrastructure and meet people’s need for faster speeds, she said.

“Moving forward, we have to make a real investment in strengthening the economy,” Spanberger told the Star-Exponent, referring to the House infrastructure bill.

She noted that COVID-19 stay-at-home orders are still in effect in some states, while others have let their businesses re-open.

Since the COVID-19 pandemic struck, Spanberger has toiled to get high-speed internet access to students, parents, businesses and schools.

In April, she led 46 of her colleagues to demand robust funding for the FCC’s E-Rate program in coronavirus emergency-relief packages. Later that month, Spanberger led a bipartisan group of 73 lawmakers to urge Congress to prioritize a historic investment in high-speed internet projects in a congressional infrastructure package. These priorities are reflected in the legislation passed Wednesday by the House, her office said. 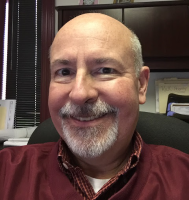 Follow this link and let me know when you find Rep Spanberger's (other than within the vote tallies, you won't). This report is nothing more than a press release from the member's office staff. Rep. Spanberger doesn't seem to have had any significant input on the making of this bill. As noted previously, rural broadband is very important to me. This article does little to impress.