All those killed at Texas school were in 1 classroom, official says 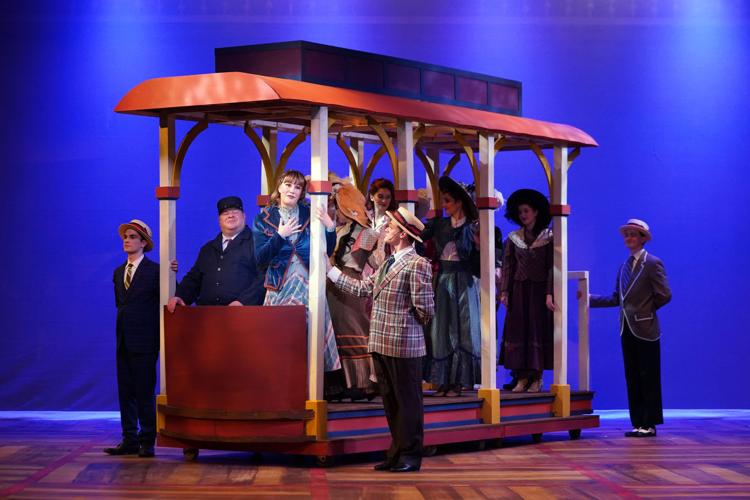 Ally Dods (center) stars as Esther in the delightful ‘Meet Me in St. Louis,’ onstage through Dec. 31 at the Riverside Center. 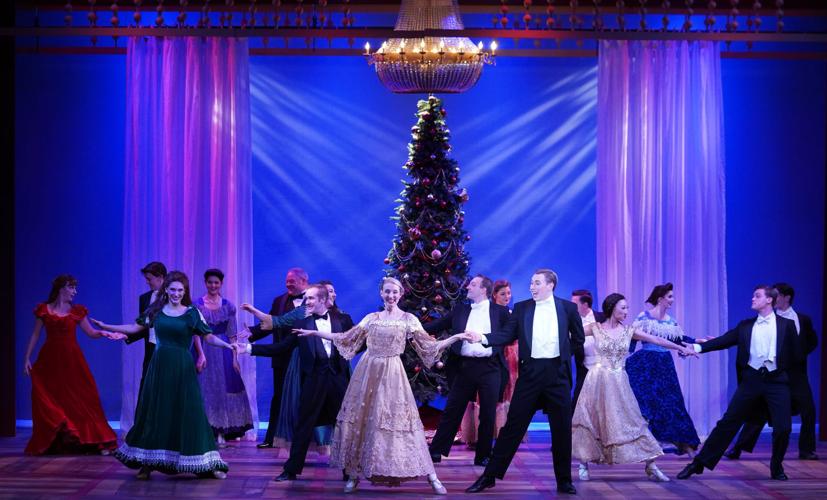 ‘Meet Me in St. Louis,’ based on the heartwarming MGM film starring Judy Garland, features the classic holiday song ‘Have Yourself a Merry Little Christmas’ by Hugh Martin and Ralph Blane. 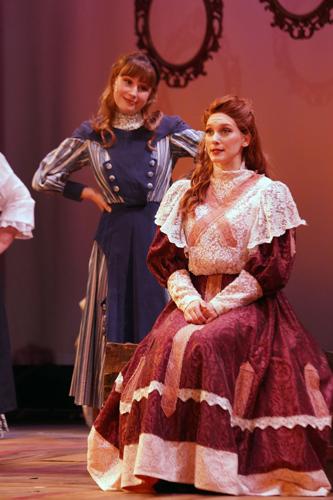 For Riverside Center for the Performing Arts’ end-of-the-year production, the theater company is reaching into the MGM archives. “Meet Me in St. Louis,” a musical based on the Judy Garland movie, offers a sweet throwback to simpler times, and it doesn’t hurt that it boasts the heartwarming holiday favorite “Have Yourself a Merry Little Christmas.”

With a book by Hugh Wheeler, and songs by Hugh Martin and Ralph Blane, “Meet Me in St. Louis” follows the comings and goings of the Smith family in 1903, on the cusp of the arrival of the World’s Fair. There’s much buzz in the air as the town awaits the historical event, but the family doesn’t have to wait that long for a little excitement. Eldest daughter Rose is pursued by college student Warren Sheffield, who comes from a wealthy family; lone son, Lon, is about to head off to Princeton; and the youngest offspring, Agnes and Tootie, find joy in playing cruel pranks in the community.

Meanwhile, second oldest daughter Esther (in the iconic Garland role) is pining for the boy next door, John Truitt.

“Meet Me in St. Louis” may not have the complexity of story or the emotional wallop of Riverside’s previous production, the soul-stirring bluegrass musical “Bright Star” by Steve Martin and Edie Brickell, but it does serve a heaping amount of nostalgia and a sweet family narrative heading into the holiday season.

Directed and produced by Patrick A’Hearn, “Meet Me in St. Louis” is a delightful show to bring to the stage, especially during the holidays when audiences may be looking for lighthearted fare. The story is practically drama-free, unless you consider the beating John takes from Esther, after she mistakenly believes Tootie’s tall tale that he struck her. (After a big punch and a couple of kicks to the body, all is—mind bogglingly—quickly forgiven and back to teenage love.)

Minus this hiccup, their relationship is rather cute as Esther tries to get to know the young man. During Lon’s send-off party at the house, Esther hides John’s hat in the piano to delay his departure and later asks if he would accompany her to turn off all the lights because she’s afraid of the dark. Good move, Esther!

Esther is wonderfully played by Riverside newcomer Ally Dods, and she showcases her impressive vocal talents early in “The Boy Next Door” and of course, the dreamy “Have Yourself a Merry Little Christmas.”

Following memorable performances in “Bright Star” and “Marvelous Wonderettes,” Sarah Mae Andersen is quickly becoming a favorite at Riverside with her spirited portrayal of oldest sister Rose. Paired with Ian Charles as Warren, the two bring dynamic energy and humor to the stage, like in their playful duet “A Raving Beauty.”

Other standouts include Riverside veteran Andrea Kahane as the family housekeeper Katie, who joins in the fun musical number “A Touch of the Irish,” as she tries to impart some wisdom on the older Smith sisters.

Another song highlight is the crowd-pleasing “The Trolley Song,” featuring Esther and the large ensemble all journeying to visit the fairgrounds. It’s a visually striking moment as the performers—decked out in sharp suits and straw hats, and long dresses—sing out from the moving car. Kyna Chilcot’s costumes look especially lovely in another trolley musical number and at the Christmas ball, featuring fine choreography by Stephanie Wood.

In Frank Foster’s handsome set design, picture-frame silhouettes look pretty against the purple walls in the Smith family’s grand home, where windows drop down to differentiate indoors and outdoors. And the opening scene with the townsfolk going back and forth behind a sheer screen is a neat touch.

With a sweet story about family and love, along with beautifully performed musical numbers, “Meet Me in St. Louis” provides a nostalgic diversion this holiday season.

"Meet Me in St. Louis," Riverside Center for the Performing Arts, 95 Riverside Pkwy., Fredericksburg. Wednesdays through Sundays through Dec. 31. $75 (discounts available for children ages 3-12, seniors 65-plus and show-only). 540/370-4300; riversidedt.com

The country singer defeated Huntergirl and Leah Marlene on Sunday to become the first Kentuckian to win the long-running singing competition.

Looking forward, and back, at Middle St. Gallery

THEY may be just good ole boys never meaning no harm, but they sure aren’t shy about hawking their merchandise.

Sally Struthers returns to Riverside in 'Nunsense the Musical'

While the Ringling Bros. and the Barnum & Bailey circuses thrilled kids in the cities, smaller groups played our nation's small towns.

100 worst TV shows of all time, according to IMDb

Here's a look at the 100 worst TV shows of all time, from “The Bold and the Beautiful” to “Toddlers and Tiaras.”

Culpeper County Library new titles for week of May 22, 2022

'Show Way,' a story of family and legacy, comes to the Kennedy Center

"Show Way," Jacqueline Woodson’s award-winning story of history, love and resilience, is getting a stage adaptation at the Kennedy Center. The world premiere musical, with music by Tyrone L. Robinson, runs through May 29.

Hilary Duff is designing a new collection of children’s apparel

Kendrick Lamar's new album has biggest no.1 debut of 2022

Kendrick Lamar's new album has biggest no.1 debut of 2022

Ally Dods (center) stars as Esther in the delightful ‘Meet Me in St. Louis,’ onstage through Dec. 31 at the Riverside Center.

‘Meet Me in St. Louis,’ based on the heartwarming MGM film starring Judy Garland, features the classic holiday song ‘Have Yourself a Merry Little Christmas’ by Hugh Martin and Ralph Blane.