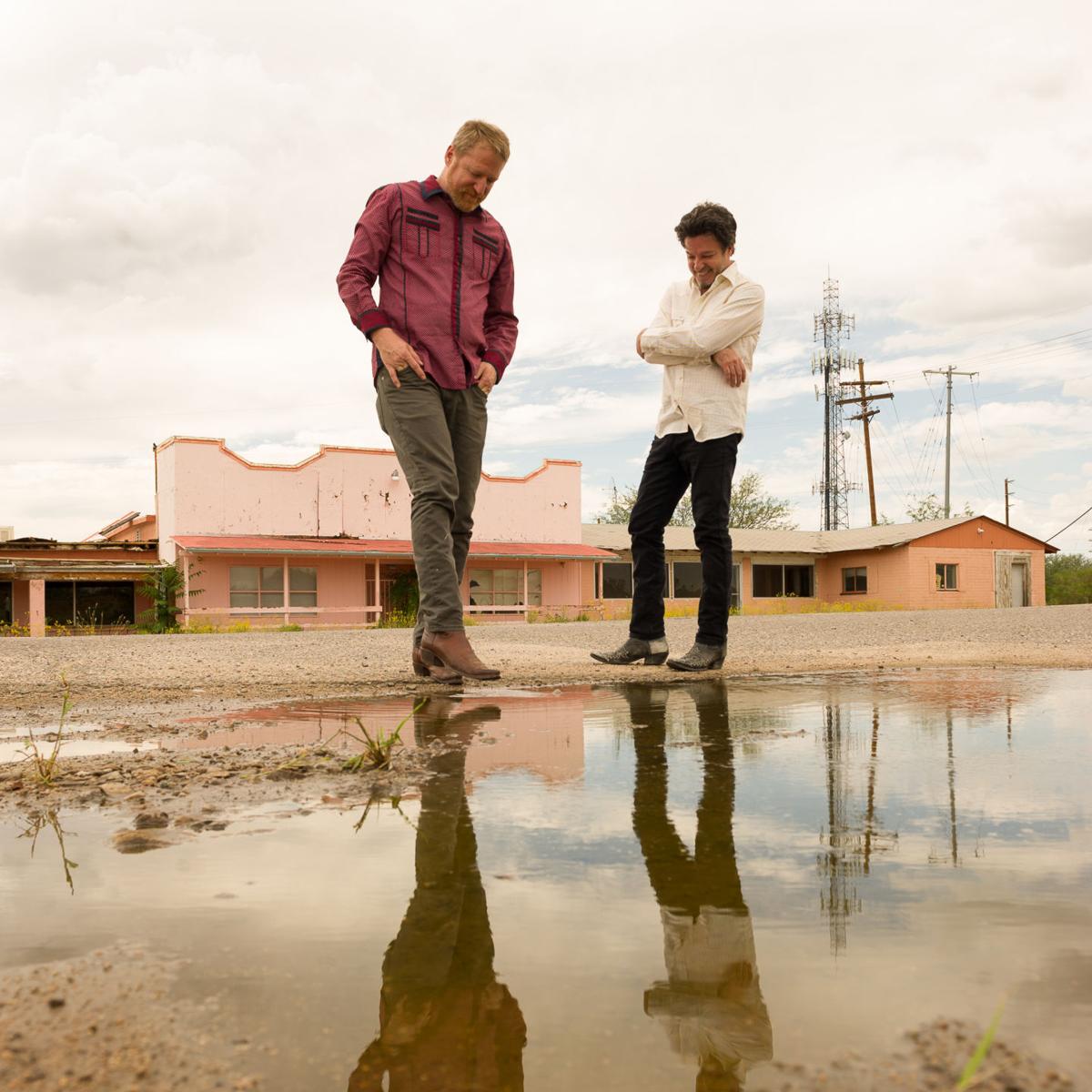 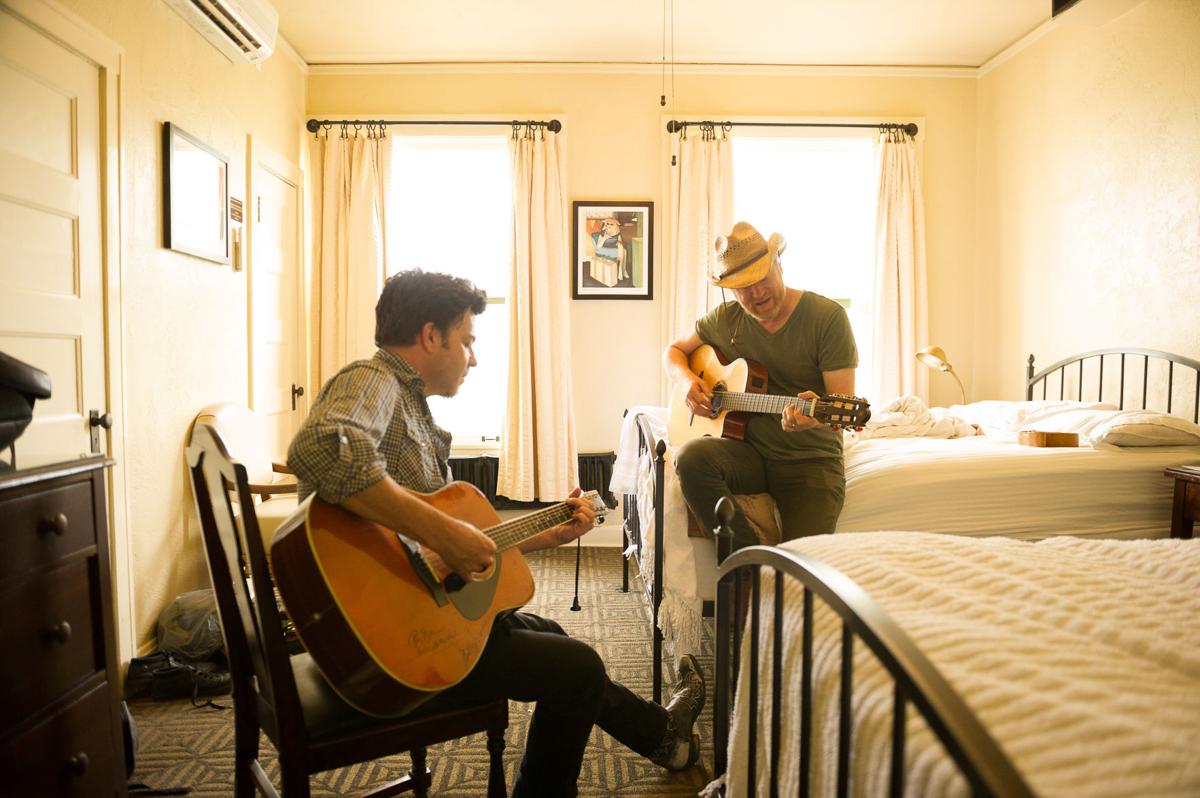 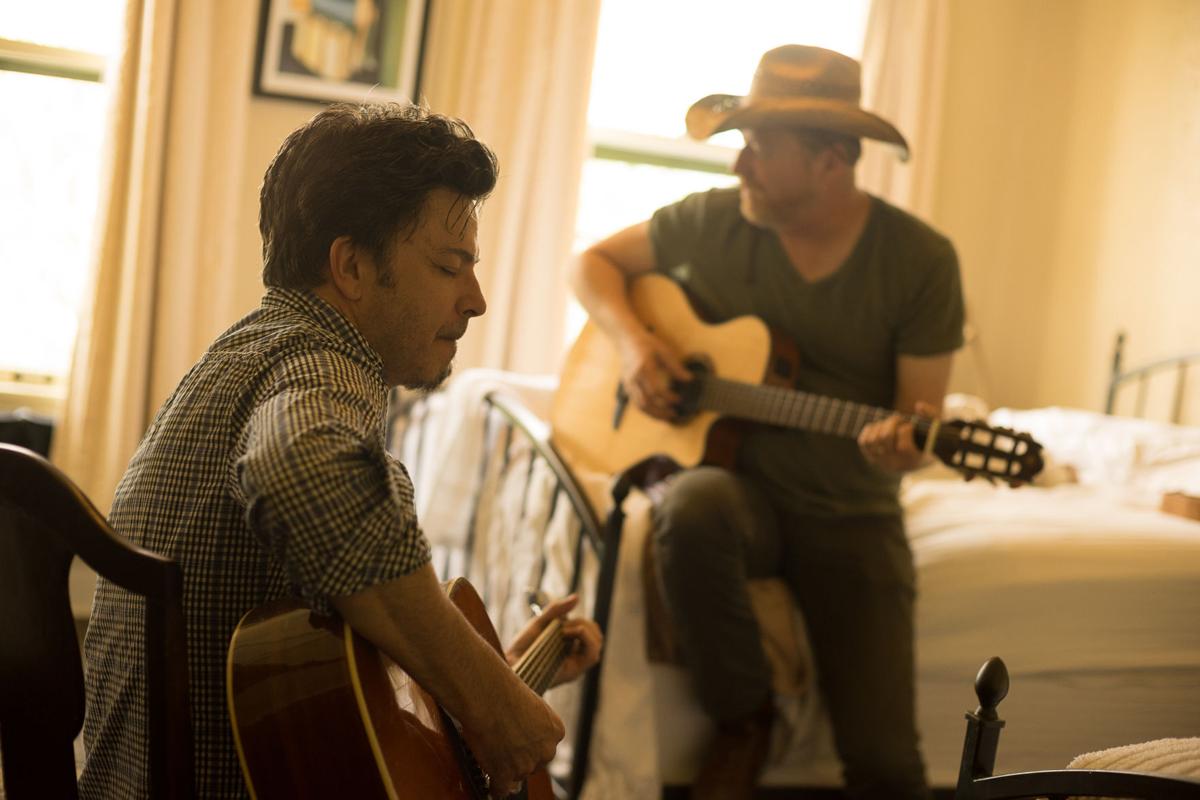 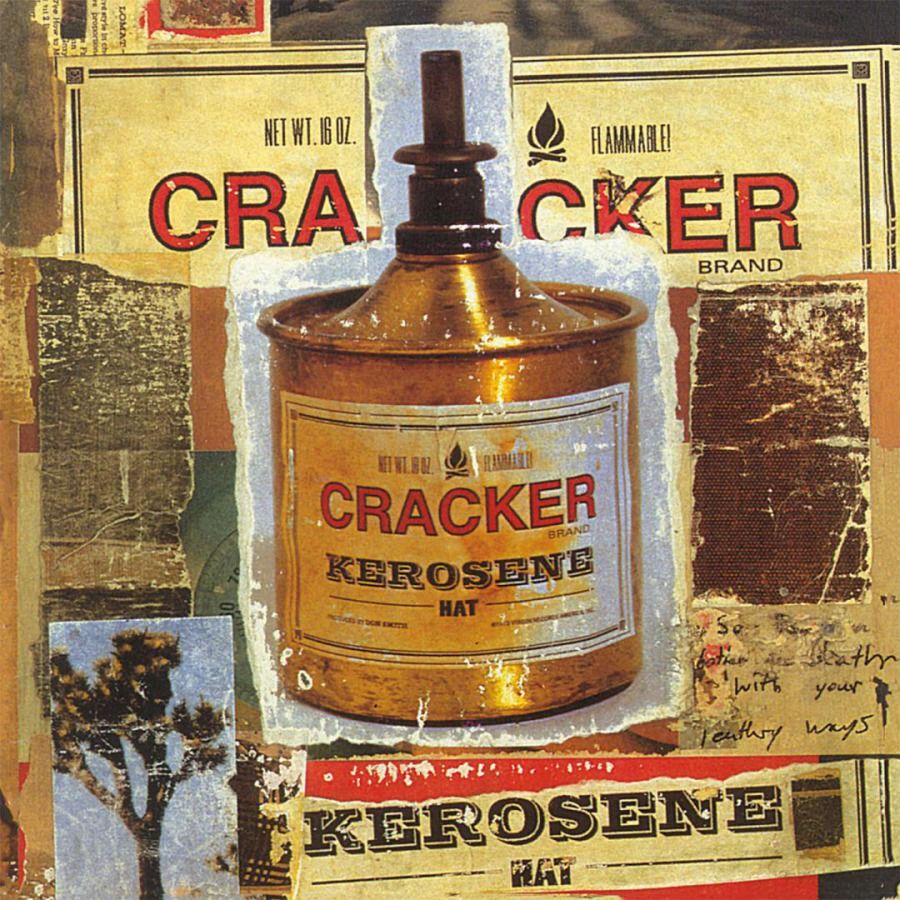 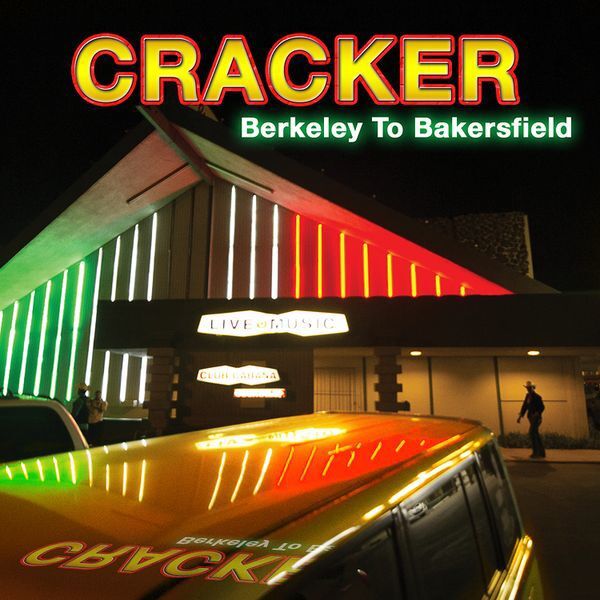 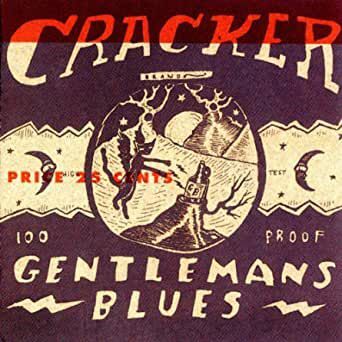 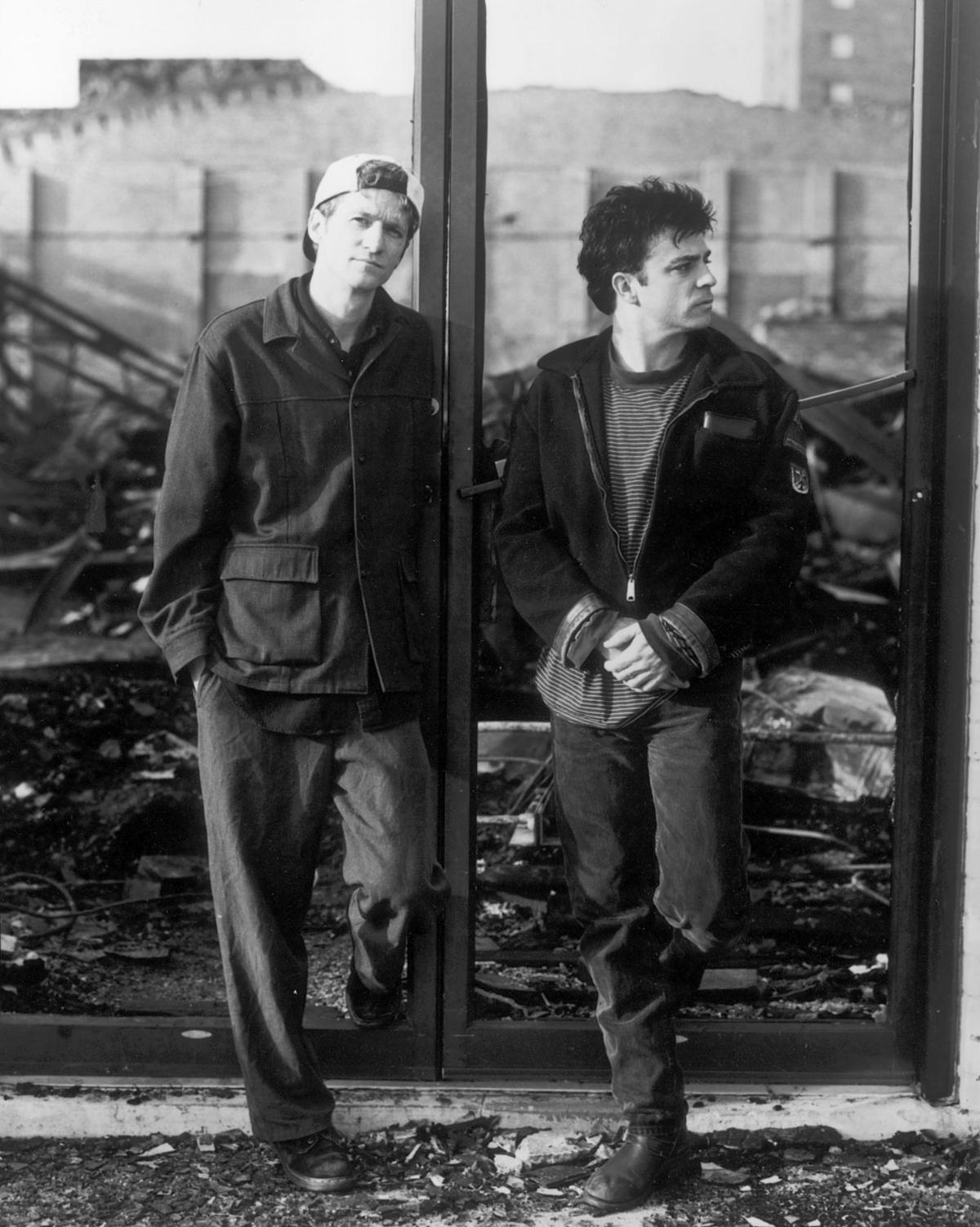 Lowery and Hickman in April 1994

David Lowery is the founder of Camper Van Beethoven and Cracker—two of the more interesting bands of the 1990s alternative rock movement that are still active today.

He formed Cracker in 1991 with his longtime friend Johnny Hickman at a time when Camper Van Beethoven had broken up. They decided to relocate from Redlands, Calif., to Richmond, and had immediate success with their first two albums, which produced hits like “Teen Angst (What the World Needs Now),” “Low” and “Get Off This.” The band has steadily put out records since then, with a sound that reflects garage rock and country influences.

The Weekender spoke to Lowery at his home in Athens, Ga., ahead of Cracker’s appearance at Strangeways Brewing in Fredericksburg on June 27.

How did you end up booking a show at a brewery in Fredericksburg?

That’s Fredericksburg’s good fortune, because that brewery has a number of locations. They have one in Richmond, but apparently the local restrictions were such that it was better to do it in Fredericksburg. It somehow made more financial sense for the brewery in Fredericksburg to do it. I don’t remember the last time we played in Fredericksburg. I feel like it was in the mid ’90s at The University of Mary Washington. It was probably 25 years ago.

How has the band been emerging from the COVID lockdowns?

I know the shows we have offered tickets for have sold really well. Most are outdoor things, there are a couple inside with reduced capacity. I did a bunch of shows in May in the San Francisco Bay area, but they were just me, acoustic, and they were private shows in peoples’ driveways. There was a promoter in the Bay area who was doing that. He had this whole system with a battery-powered [speaker system]. He set up this stuff before there was a vaccine. You would have to test, and then go into these shows with the promoter in his vehicle with the battery- powered PA so we never really touched anything.

What did you do during 2020 when you couldn’t tour?

I finished a new solo album during the pandemic. I did a lot of it remotely with our bass player Brian Howard and drummer Carlton Owens and Pistol—Matt Stoessel, our pedal steel player. We did it remotely, we just sent files back and forth. It was an interesting little project. Then I have half of another one done. What else was there to do?

Your music has always had a country influence. That seems to be more popular these days.

Camper Van Beethoven dabbled in it right from the beginning. I think some people thought it was ironic, but it really wasn’t. Camper’s second album has a song called ‘Sad Lovers’ Waltz,’ which is just straight-up, old-time country. Obviously Cracker has done a couple of country-themed discs. But if you look at Cracker’s big hit in the alternative days on ‘Kerosene Hat,’ our platinum-selling album, a lot of those songs, like ‘Euro-Trash Girl’ are just country-rock. Listen to the stylings and what’s being played.

Me and Johnny kind of grew up on punk rock and the post-punk scene. We’d drive to a show in Los Angeles and then on the way home we’d be listening to Dwight Yoakam. Dwight early on was embraced by that community. In California, there was a real crossover playing the same venues. Groups like The Blasters and X helped with that. So what Cracker is, is those punk-alternative influences mixed with country-rock, which was a natural thing to do that part of California.

When we turned in the first Cracker record, our A&R guy at Virgin Records was like ‘Hey, look, I like this record. This is good. But I just want you to know that you’re putting out a country-rock record when radio has gone to grunge. So if you’re comfortable with just selling 50,000 copies, we’re good, let’s go.’ It was interesting he made that observation, but somehow ‘Teen Angst’ managed to fit right in with alternative rock, even though songs like ‘Mister Wrong’ and other songs were more country-rock or roots-rock. That was the A&R guy’s observation. It didn’t stop us, we just write what we write.

Has Cracker changed its sound over the years?

I think not. ‘Berkeley To Bakersfield’ is just a country disc added on to what we were doing on those first two records. We were probably the most different around ‘Forever.’ That leans the most towards pop and whatever alternative or modern rock was. The album ‘Forever’ is the furthest from the first Cracker record, but then we worked our way back.

Stephen Hu is a Fredericksburg writer and musician.

Queen Elizabeth II Zoomed with Prince George on his birthday

"For him to reach out and do that, I don't even have the words. I wish I could just give him a hug," said the mother of one of the victims.

It’s the first major concert series in the city since shows at Celebrate Virginia in 2018.

On a field of mask-free, music-loving FloydFest revelers, a small table with a Virginia Department of Health banner was a relatively lonely sight.

With approval from board, region ready to rock for largest event in Pittsylvania County's history

Lowery and Hickman in April 1994