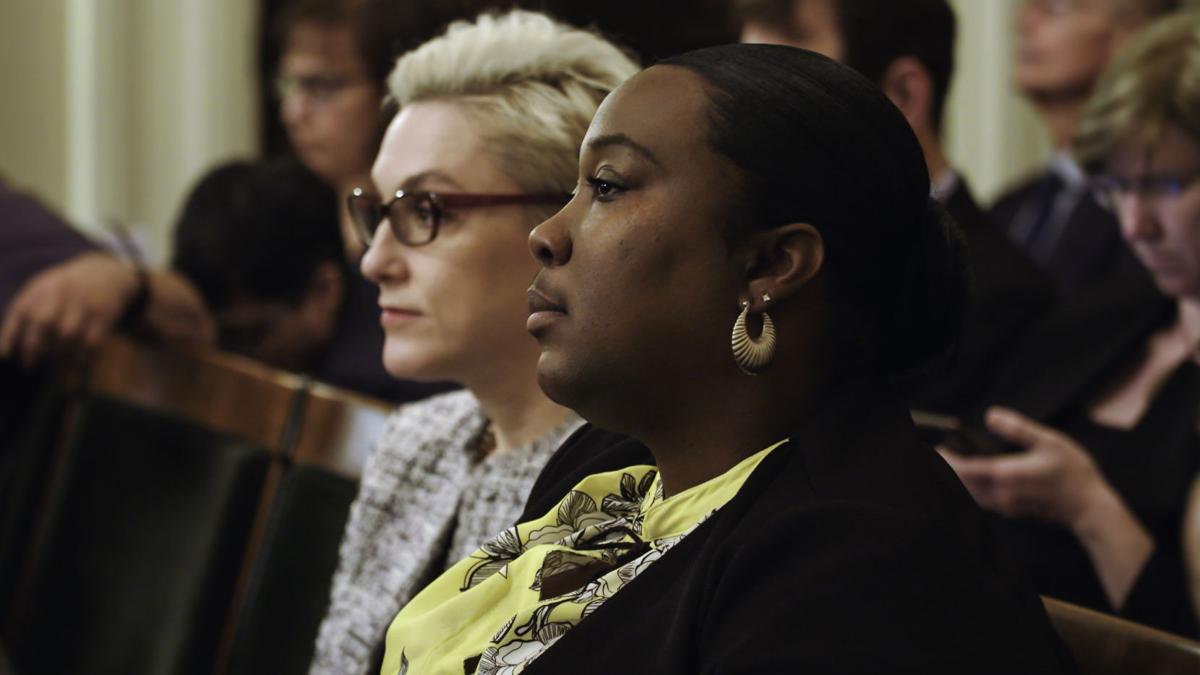 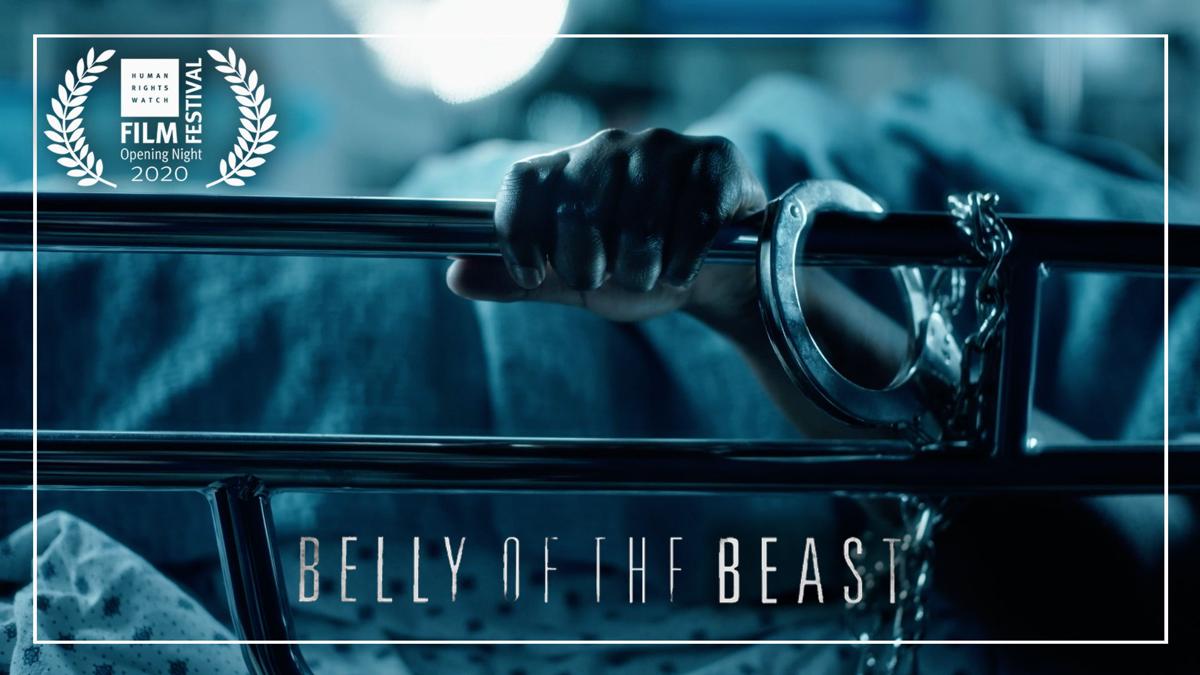 At 6 p.m. Monday, Germanna Community College and the University of Mary Washington will present a free, virtual screening of the documentary 'Belly of the Beast' for Women’s History Month. The award-winning film follows two women who investigate a pattern of illegal sterilizations in women’s prisons. 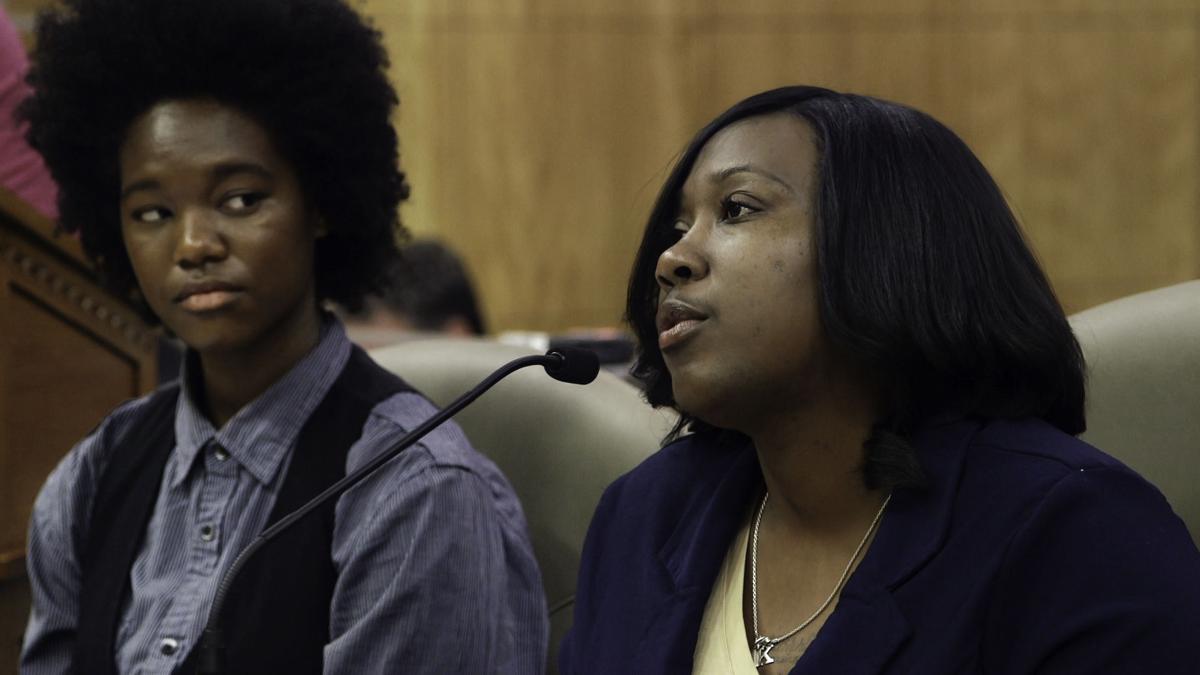 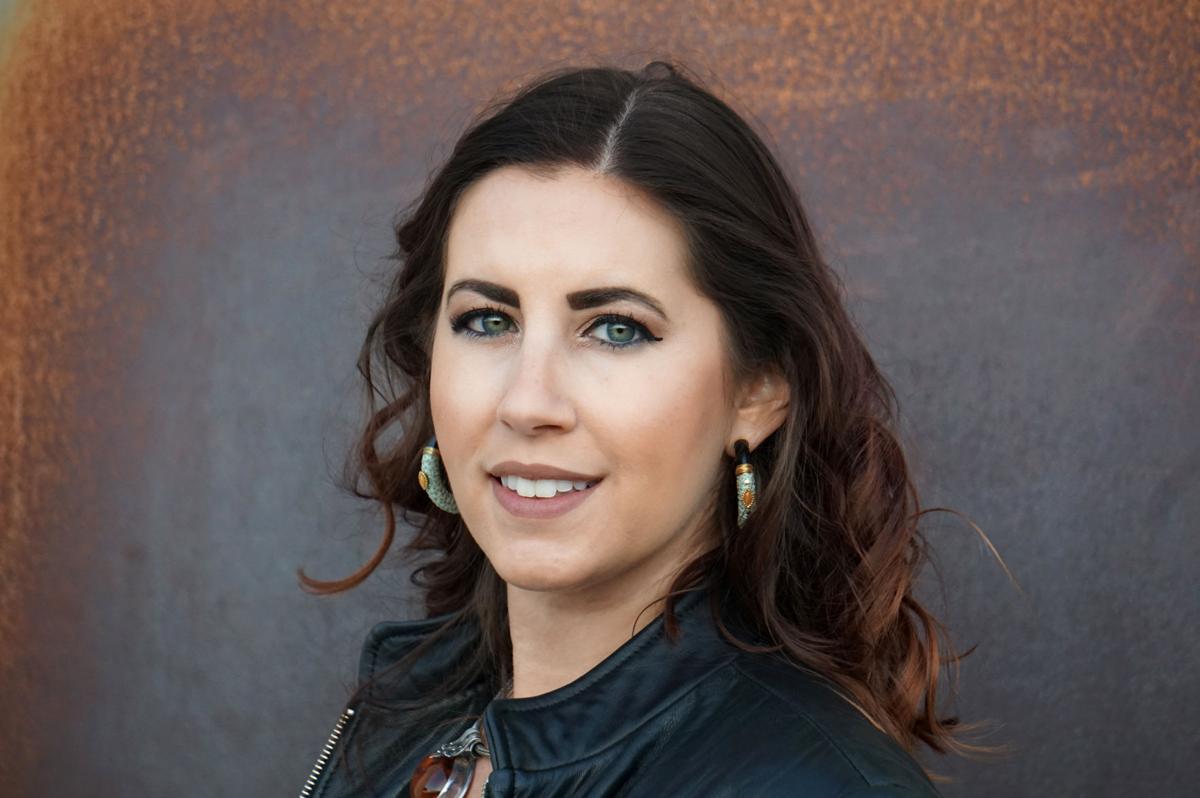 Erika Cohn is a Peabody- and Emmy Award-winning director and producer. Variety magazine has recognized her as one of the top documentary filmmakers to watch. 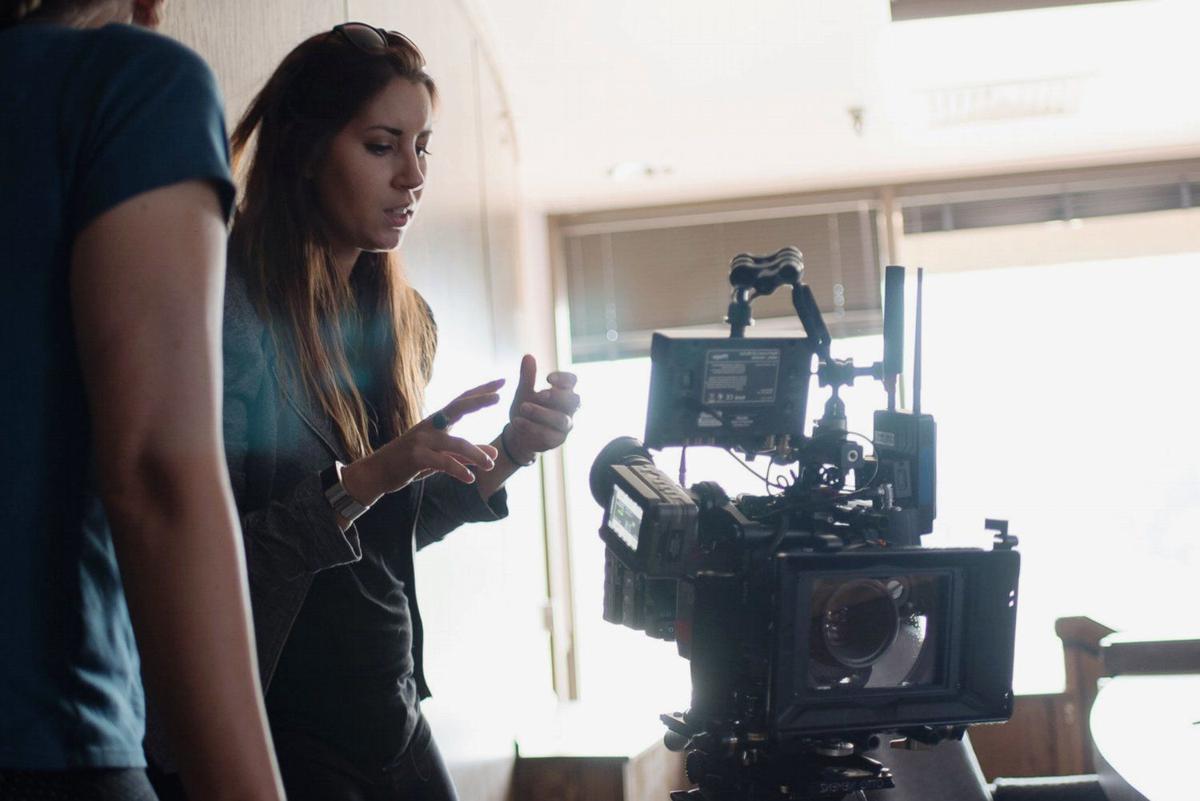 Filmmaker Erika Cohn directs a scene in ‘Belly of the Beast,’ which exposes a shocking pattern of illegal sterilizations in women’s prisons. It is the third feature-length documentary for the Utah native. 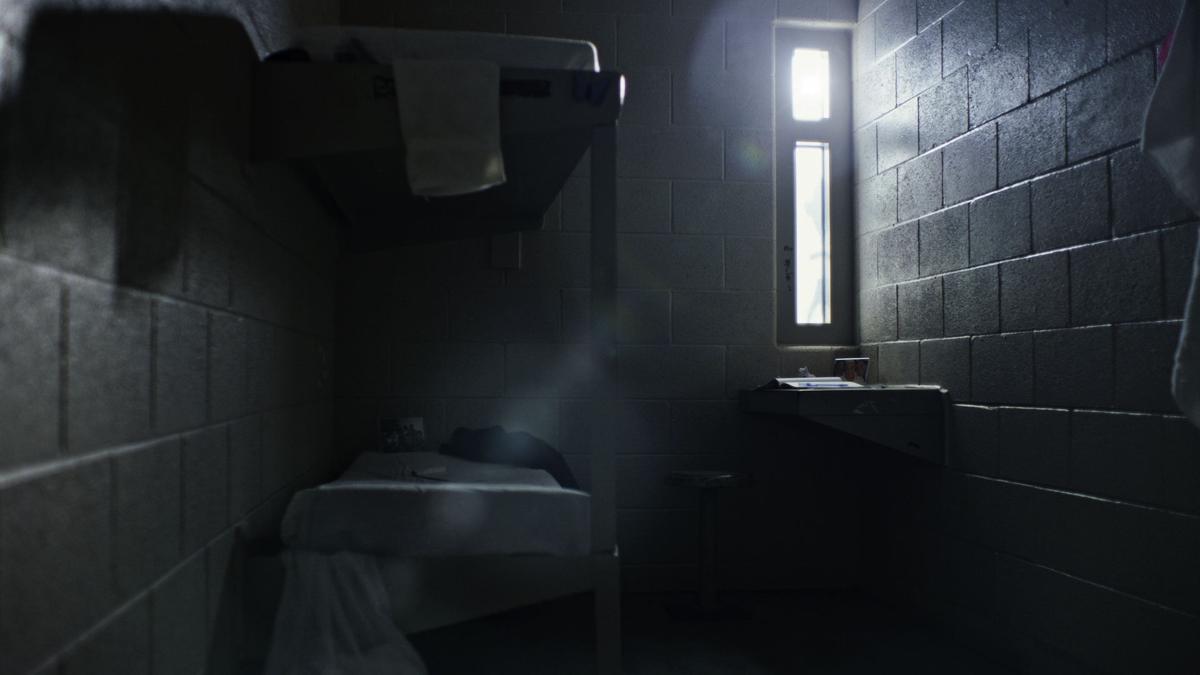 The interior of a prison cell. 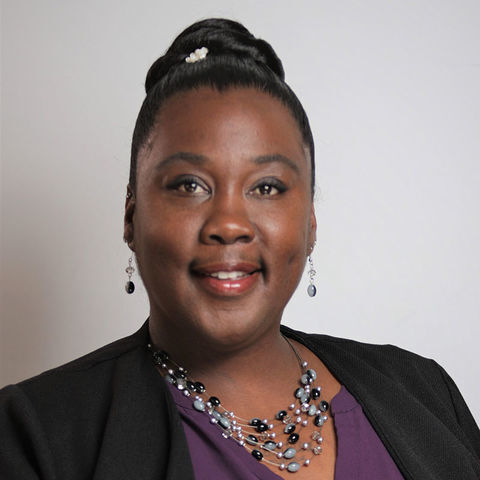 Kelli Dillon was imprisoned in 1995 for killing her abusive husband.

While doing time at the Central California Women’s Facility, she was sterilized by a prison doctor against her will. She was already a mother and had hoped to have more children once she was freed.

Her story lies at the center of the powerful, heartrending documentary “Belly of the Beast,” the latest film from director Erika Cohn.

Monday at 6 p.m., Germanna Community College, the University of Mary Washington and The Community Foundation will digitally screen the movie, free, for Women’s History Month. Register to watch at cfrrr.org/belly-of-the-beast. A panel discussion with women’s rights advocate Cynthia Chandler and faculty from the two schools will follow.

The award-winning film, a New York Times Critic’s Pick that aired in November on PBS’s Independent Lens, follows two women who investigate a pattern of illegal sterilizations in women’s prisons.

The Times called the documentary “timely and bracing.” NPR called it “harrowing.” Women and Hollywood, which advocates for gender diversity in the film industry, called it “incredibly inspiring.”

“#BellyoftheBeast does not reach for happy endings and is most absorbing in its thesis, which makes the stakes of this battle against human rights violations loud and clear,” The New York Times reviewer wrote.

Multi-platinum artist Mary J. Blige learned of the film and was moved by Dillon’s story, so she wrote a song for it—“See What You’ve Done”—to amplify the voices of women in prison. It was one of 15 original songs that made the Academy Awards’ shortlist last year.

Dillon, 24, was told by the doctor she had an abnormal pap smear, might have a cyst on her ovary, and needed a cone biopsy to check if she had cancer. Without her consent or knowledge, the physician performed a hysterectomy, rendering her incapable of having children.

Turns out that Dillon was not the only victim of the practice. An investigation by Dillon and her lawyer, Cynthia Chandler, uncovered evidence of many women who were subjected to forced sterilization at the world’s largest prison for women.

But not until the Center for Investigative Reporting got involved did people treat their allegations seriously. CRI’s work found that more than 130 female inmates had received tubal ligations in violation of prison rules from 2006 to 2010.

“We want people to know the story is bigger than a few people. It’s an epic David vs. Goliath tale that I hope people will find inspiring,” Chandler said an interview. “We all have the power to make change, no matter how small we feel, if we band together.”

But the justice crusader, who holds degrees from the University of Cambridge and Harvard, also sounded a cautionary note about what happened in California. No one has been held accountable, no one lost their job, and the women they sterilized have never received an apology, she said.

In Dillon’s case and the debates that followed, doctors and prison officials argued that the surgeries were in the women’s best interests and benefited society.

“I heard about the illegal sterilization primarily targeting women of color, and it really screamed eugenics to me,” Cohn told Forbes magazine. “I’m a Jewish woman. The phrase ‘never again’ is always profoundly in the back of my mind.”

Cohn volunteered as a legal advocate, which led her to make the documentary. Captured over seven years, her shocking legal drama features intimate accounts and extraordinary access to currently and formerly incarcerated people. The film illuminates a shameful, ongoing legacy of eugenics and reproductive injustice in the United States, a Germanna spokesperson said.

Today, Dillon is a Los Angeles city commissioner and executive director of the nonprofit Back to Basics, a community empowerment group.

For the Germanna and UMW screening, Chandler asks concerned individuals to sign a petition to provide reparations for the survivors of California’s forced sterilizations.

Learn more about the PBS documentary at bellyofthebeast.com.

The film’s 2020 release coincided with a whistleblower’s recent accusations that Immigrations and Customs Enforcement performed unnecessary hysterectomies at a Georgia detention center.

The larger story is tied to Virginia.

In 1927, the U.S. Supreme Court voted 8-1 to uphold the state’s right to forcibly sterilize a woman considered unfit to procreate. Known today as Buck v. Bell, the case focused Carrie Buck of Charlottesville, a young woman the state had deemed “feebleminded.”

Buck v. Bell—which remains the law of the land—was a triumph for America’s eugenics movement, which “bred out” traits considered undesirable. It often targeted minorities, poor people and “promiscuous” women, as well as those who were deaf, blind or diseased.

In the 20th century, some 70,000 Americans were forcibly sterilized.

The Rolling Stones discuss if 2021 tour will be their last

Matthew McConaughey weighs in on his future in politics

Matthew McConaughey weighs in on his future in politics

For many Virginians, the State Fair is the unofficial start to fall. Families crowd into Meadow Event Park in Caroline County for funnel cake,…

JOHNSTON: Is there a vaccine to prevent the conspiracy plague?

I may get the virus and I may die from it, but at least by taking the vaccine I have given myself a chance.

Anthony "AJ" Johnson, an actor and comedian best known for his performance as Ezal in "Friday," has died. He was 55.

THE Culpeper County Library building is open with limited hours, services and patron capacity, due to the continuing COVID-19 pandemic.

Friends and family of the Fort Chiswell Animal Park are mourning the death of one of the zoo’s most popular animals. Cheeto the Giraffe died Wednesday.

The event, known affectionately as The Thang by attendees, started in 2018 on the farm of Donnie and Dena Jennings in Orange County, celebrates Black string musicians.

Here's a list of winners from Sunday night's Emmy Awards, plus a gallery of photos of stars on the red carpet before the show.

At 6 p.m. Monday, Germanna Community College and the University of Mary Washington will present a free, virtual screening of the documentary 'Belly of the Beast' for Women’s History Month. The award-winning film follows two women who investigate a pattern of illegal sterilizations in women’s prisons.

Erika Cohn is a Peabody- and Emmy Award-winning director and producer. Variety magazine has recognized her as one of the top documentary filmmakers to watch.

Filmmaker Erika Cohn directs a scene in ‘Belly of the Beast,’ which exposes a shocking pattern of illegal sterilizations in women’s prisons. It is the third feature-length documentary for the Utah native.

The interior of a prison cell.