Review: Ford's Theatre returns with a delightful 'My Lord, What a Night'
0 comments
Share this
{{featured_button_text}}
1 of 2 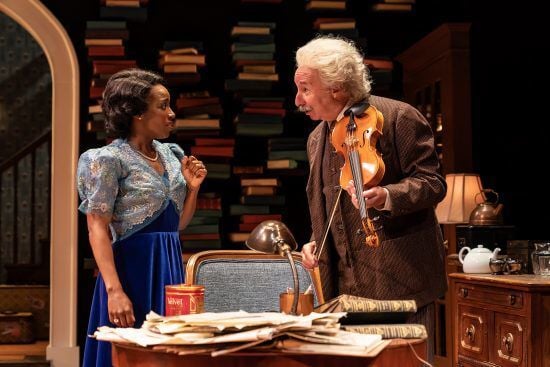 Felicia Curry and Christopher Bloch star in ‘My Lord, What a Night’ at Ford’s Theatre this month. 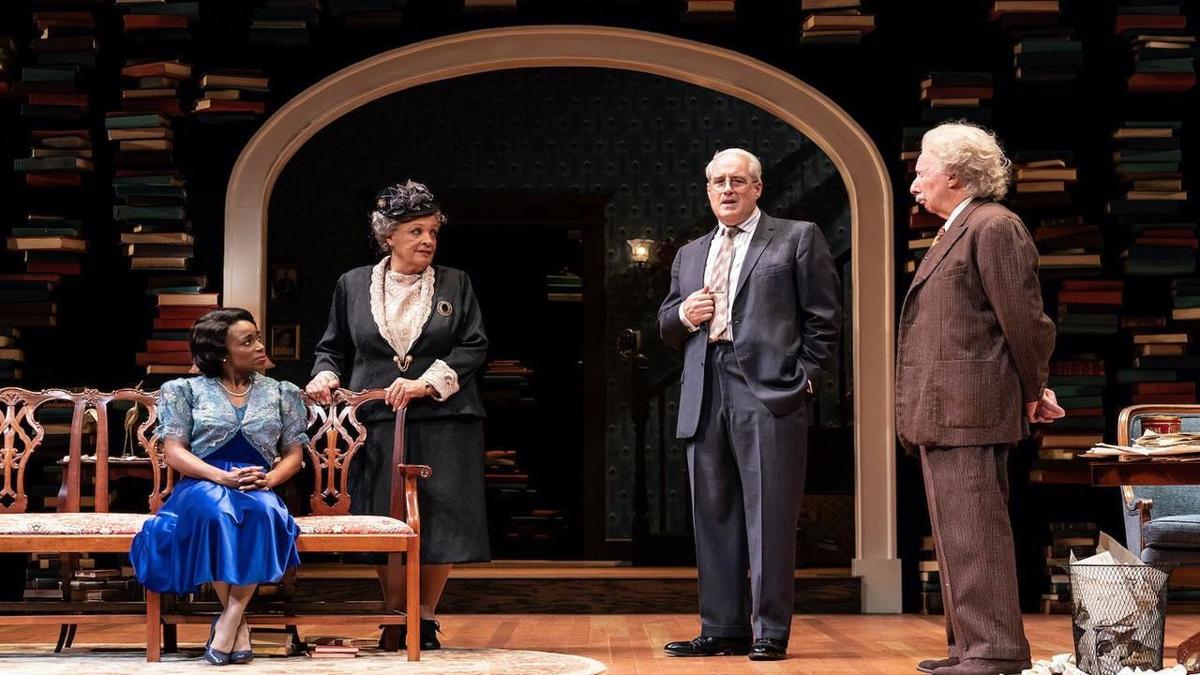 WASHINGTON—In its long-awaited return to live theater performances, Ford’s Theatre has chosen a gem of a story.

Sheldon Epps directs this delightful and thought-provoking play about the real-life friendship between two icons in arts and science, Marian Anderson and Albert Einstein, as they grapple with racial prejudice in Deborah Brevoort’s “My Lord, What a Night.”

After attending her concert in Princeton, N.J., the German physicist offers the acclaimed contralto singer a place to stay after she is turned away from the Nassau Inn because she is Black.

“My Lord, What a Night,” based on actual events, gives audiences a glimpse into the imagined conversations between this odd-couple pairing. Marian’s regal appearance and calm demeanor may differ greatly from Albert’s rumpledness and quirky personality, but these two strike a sweet friendship as they share their love for Swiss chocolate, music and the peaceful hum of D Flat.

One person who is not so happy with this impromptu slumber party is Albert’s boss Abraham Flexner, the head of Princeton’s Institute of Advance Study. He’s worried about the optics of Marian spending the night there unchaperoned and wants to escort her to a “colored room” at the YMCA to avoid scandal. Laughing off any thoughts of the two being an item, Albert wildly exclaims he wears “no socks” in one of his many laugh-out-loud moments.

As for Marian, she would much rather stay where she is welcome, beating down any talk of taking a stand against the inn—much to the dismay of Mary Church Terrell, president of the National Association of Colored Women.

Varying perspectives on how to address racial discrimination are presented in Brevoort’s drama, as the four settle in for a long night of discussion.

While Marian is reluctant to cause a commotion about her mistreatment, Mary is more than ready to make some noise. Albert is also one not to shy away from voicing his opinions and speaking out on civil rights; he already has a built-in audience with reporters encamped on his front yard. Abraham, on the other hand, is trying not to make any waves that would cause decreased donations to the institute.

The play condenses years of Marian and Albert’s friendship and groundbreaking events into one seamless production, focusing on the night of the concert April 16, 1937, and then two years later to Feb. 27, 1939—all leading to Marian’s celebrated performance at the Lincoln Memorial.

A cast featuring some of the D.C. area’s finest actors has been assembled for this compact production, enhanced by a handsome book-stuffed set by Meghan Raham.

Watching Felicia Curry and Christopher Bloch as this natural friendship forms between two great figures in history is such a delight, and Franchelle Stewart Dorn and Michael Russotto also add some spark with their characters’ headstrong personalities.

Engaging and educational, “My Lord, What a Night” doesn’t dive too deep in its given format. However, the show’s 100-minute timeframe might appeal to those who are a bit nervous venturing back to live theater for the first time.

Katey Sagal, known for playing Peggy Bundy on “Married... with Children,” was hospitalized after a car hit her while she was crossing an L.A. street.

The words spell it in a post on the Something In The Water Music Festival’s Facebook group: “We want to be a part of the SOLUTION.”

'It's not helpful': Jonah Hill asks fans not to comment on his body

"I know you mean well but I kindly ask that you not comment on my body," he wrote to his 3.1 million followers.

After growing up in Richmond, Don Mancini, now 58, moved to Los Angeles in the mid-1980s to go to film school. He was inspired by the hysteria over Cabbage Patch dolls and came up with the idea for Chucky, the killer doll, and the movie “Child’s Play.”

Demi Lovato thinks the term 'aliens' is 'derogatory' to extraterrestrials

Lovato explained that they do not believe that beings from another planet mean to harm humans.

Justin Taylor Band will open for rock legends Blue Oyster Cult on Saturday as part of the first-ever FredNats Oktoberfest at the ballpark.

An 11th-hour deal was reached, averting a strike of film and television crews that would have seen some 60,000 behind-the-scenes workers walk off their jobs.

Felicia Curry and Christopher Bloch star in ‘My Lord, What a Night’ at Ford’s Theatre this month.