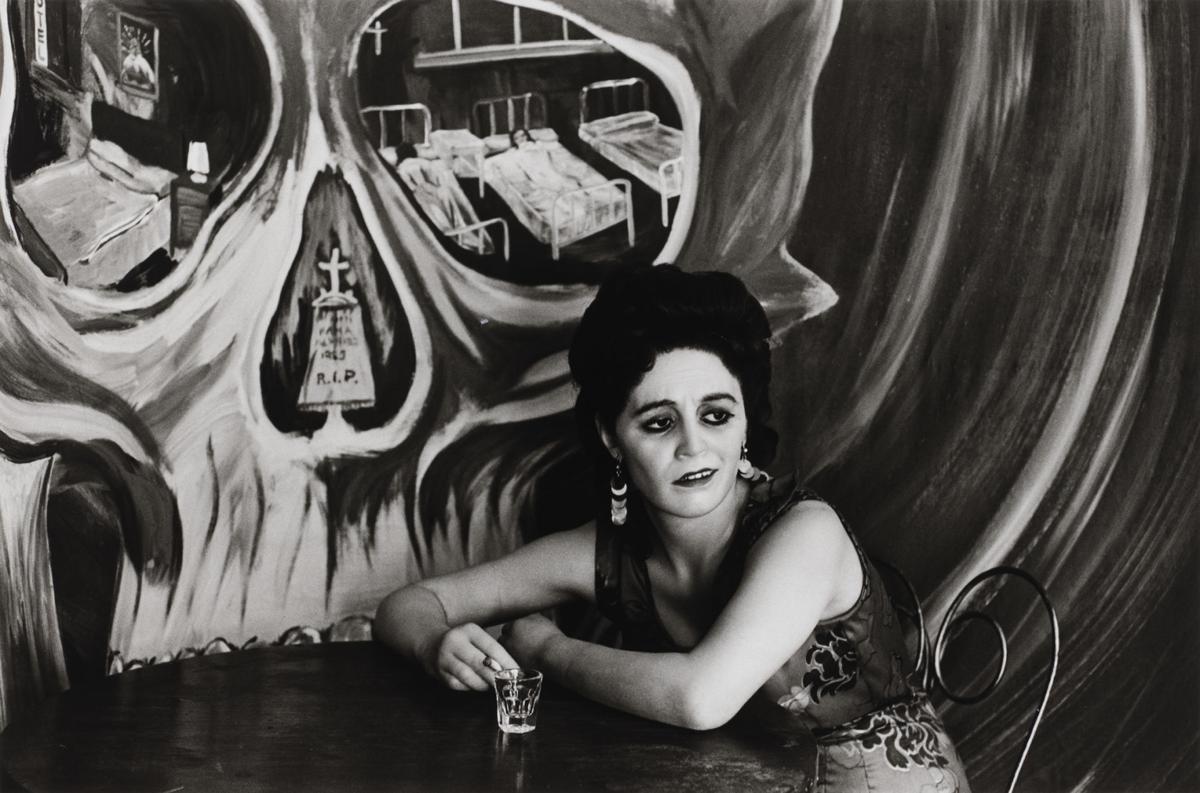 The exhibit features 140 photographs, illustrating the rich and complex culture of her homeland. Above: ‘Mexico City.’ 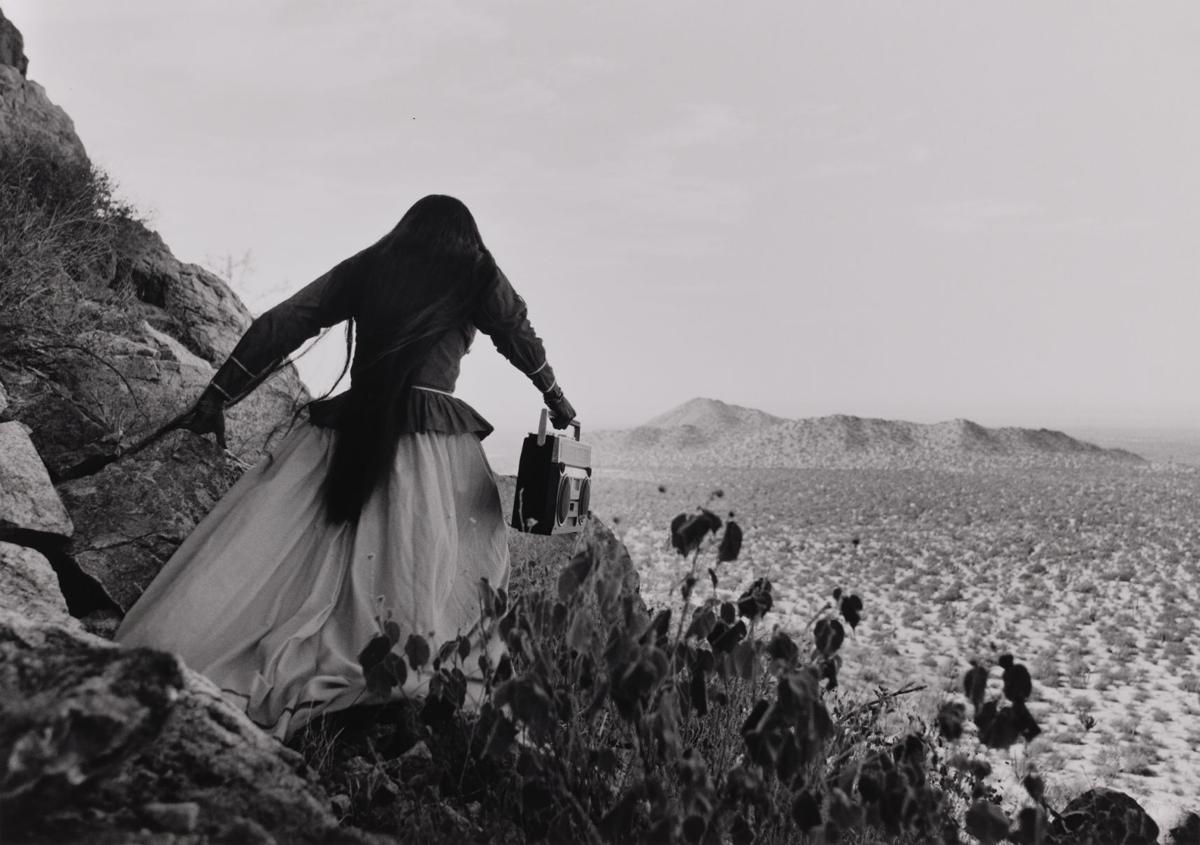 ‘Mujer Ángel (Angel Woman)’ by Graciela Iturbide is part of the NMWA exhibit, which is divided into nine sections. Collection of Elizabeth and Michael Marcus. 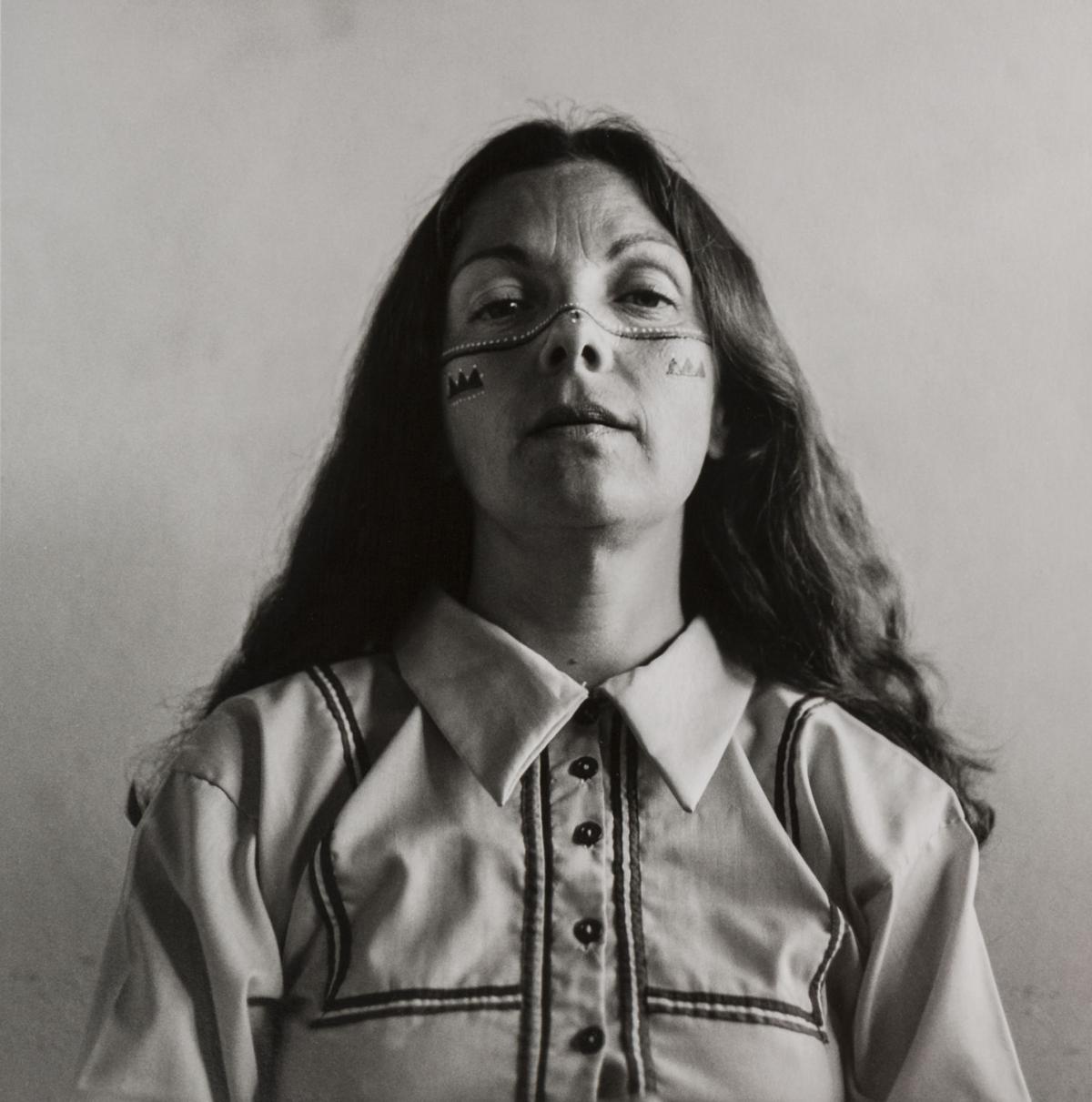 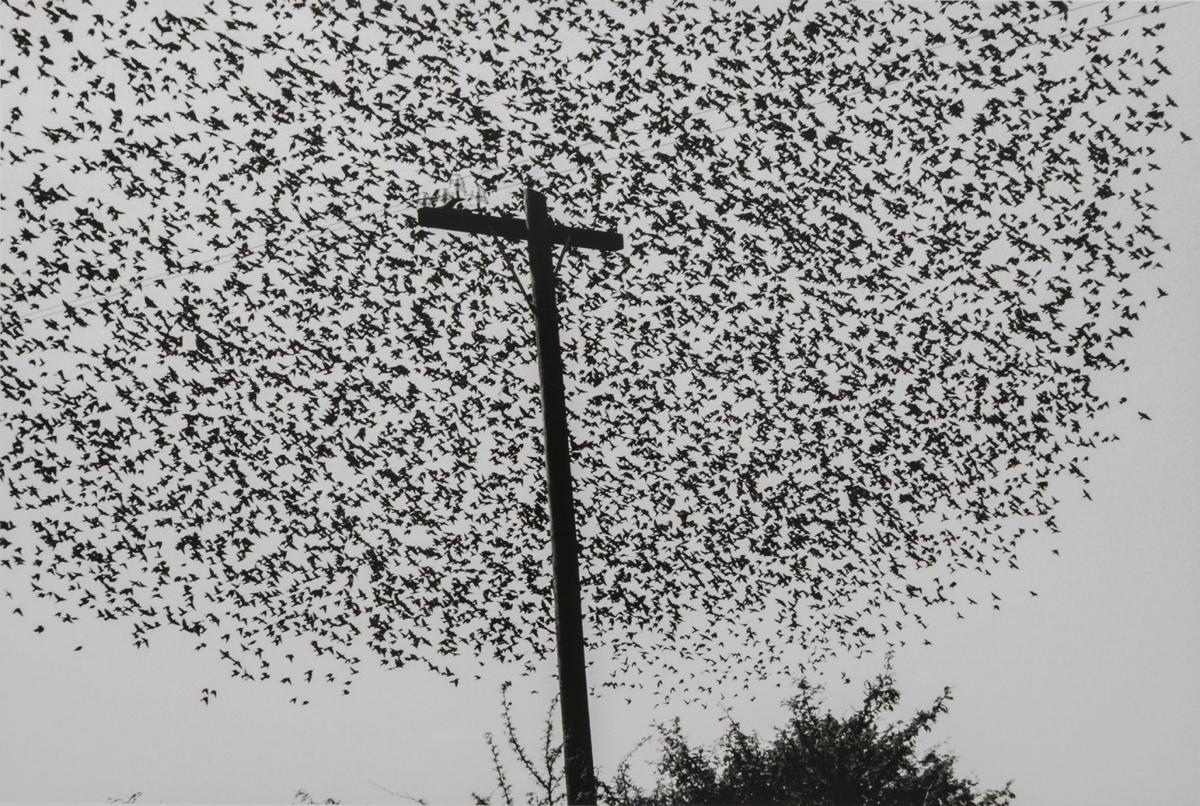 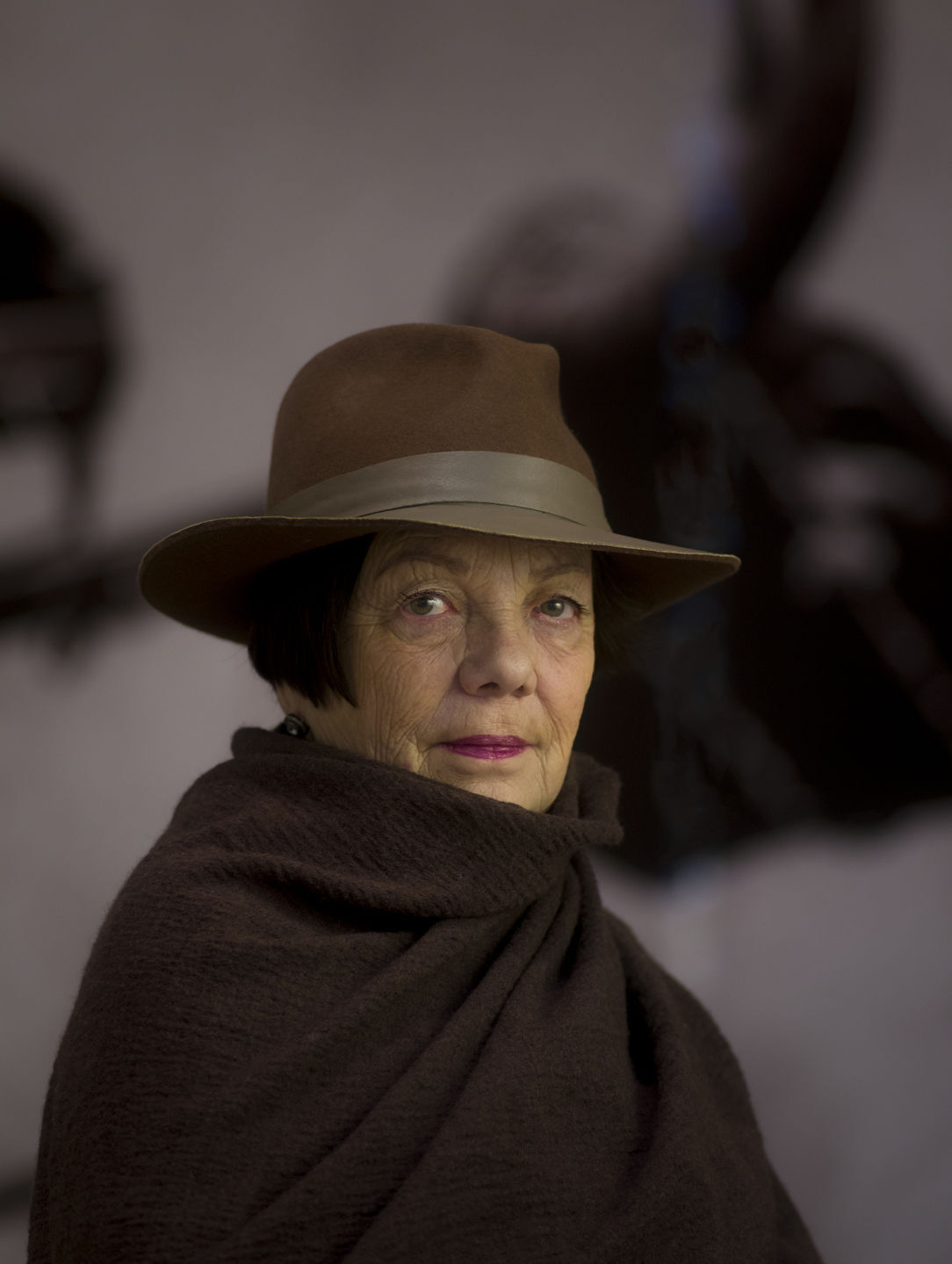 Graciela Iturbide at the Museum of Fine Arts, Boston

The exhibit features 140 photographs, illustrating the rich and complex culture of her homeland. Above: ‘Mexico City.’

‘Mujer Ángel (Angel Woman)’ by Graciela Iturbide is part of the NMWA exhibit, which is divided into nine sections. Collection of Elizabeth and Michael Marcus.

Graciela Iturbide at the Museum of Fine Arts, Boston

Graciela Iturbide is one of the most important contemporary Latin American photographers. A sweeping exhibit featuring 50 years of her work, “Graciela Iturbide’s Mexico,” will be on view when the National Museum of Women in the Arts reopens Saturday.

Using her camera as part of a ritual, Iturbide has photographed the variety of Mexico’s culture, rituals and religion that fill everyday life to reveal the mythological aspects of people. Her photographs, developed in darkness, make visible what might not be seen.

The heart of the exhibit focuses on three indigenous communities.

The Seri on the Sonoran Desert, formerly nomadic fisherfolk, are a culture in transition. Iturbide lived in the community with an anthropologist for two months in 1979, to record their lives and their forced adaption to modern life.

In one of her most well-known images, “Mujer Ángel (Angel Woman)” (1979), a woman in a traditional Seri dress holds a boom box as she heads down a desert plain. In another image, she seems to be flying, arms free at her side. The accompanying contact sheets in the exhibit reveal some of the photographs taken before and after what Iturbide selected for her final print. In her words, there are two key moments: the one you take the photo, and the one you discover on the contact sheet.

In “Mujeres Seris” (1979), two women and a child walk toward the sea with the day’s catch, which is to be their daily meal. In contrast, the infiltration of material culture on this society is depicted in “Sonoran Desert” (1979), where a mother stands with her son with his bicycle, not an effective transport on desert sands.

In her time with the tribe, Iturbide also donned their wear for “Autorretrato como Seri (Self-Portrait as Seri)” (1979), a further indication of how she approached the subjects of her photographs, not as a documentarian, but with empathy for their inner lives.

Her photographs of Juchitán, the home of the matriarchal Zapotec, are most intriguing. For decades, many artists were attracted to this place, Frida Kahlo being one. In Juchitán society, with its nontraditional social rules, women were not only prominent in political struggles but also the managers and controllers of the local outdoor markets.

Iguanas in the market place were taken for granted, yet Iturbide’s photograph of “Nuestra Señora de las Iguanas (Our Lady of the Iguanas)” (1979), in which a woman’s face is framed by iguanas on her head, achieved fame for having been used in posters and other media.

In photos of the annual festival and goat slaughtering of the Oaxacan herding community of La Mixteca, she captures the intense carnal reality of rituals and animal sacrifices. Yet Iturbide’s work is never simply exotic, quaintly picturesque or folksy. Things are not what they seem at first glance as evidenced in the contrasts and complexities in selections for her “Early Work.” Another section, “Death,” probes deeper into the symbols in culture, while “Fiestas,” with elaborate costumes and joyful ceremonies, sometimes have death as a theme, as in Day of the Dead.

“Pájaros en el poste, Carretera (Birds on the Post, Highway)” (1990) show a cluster of birds that loom over a telephone pole, which appears like a cross. What is unseen is what is shared by the two in how messages are transmitted: the birds communicating as a flocking group, the telephone pole as part of modern technology.

Mexico is the land of the cactus. The most sculptural of plants, images of cacti connect the natural world with art. Diverse in uses for nutrition, medicine and alcohol, the cactus is also a symbol on the Mexican flag. Images of cacti appear throughout the exhibit, but perhaps “ Jardín botánico (Autorretrato) (Botanical Garden (Self Portrait)” (1998-99) is the best example of the relationship between humans and nature. Iturbide’s shadow is juxtaposed with the looming shadow of a lone palm tree by rocks.

“Frida’s Bathroom” is a series that was commissioned in 2005 to photograph belongings in the painter’s bathroom. Kahlo suffered from polio as a child, and was also in a near-fatal bus accident. Multiple injuries and amputation of her right leg left her bedridden and in poor health. Images of her brace and her crutches propped in a bathtub where she started her day are stark reminders of the strong woman who used her art throughout a hard and tragic life.

Visual media can directly capture real moments, but “Graciela Iturbide’s Mexico” reveals much more in layers of the mystery beneath in her poetical, personal photographs.

SpaceX crew returned to Earth and other space news you missed

SpaceX crew returned to Earth and other space news you missed