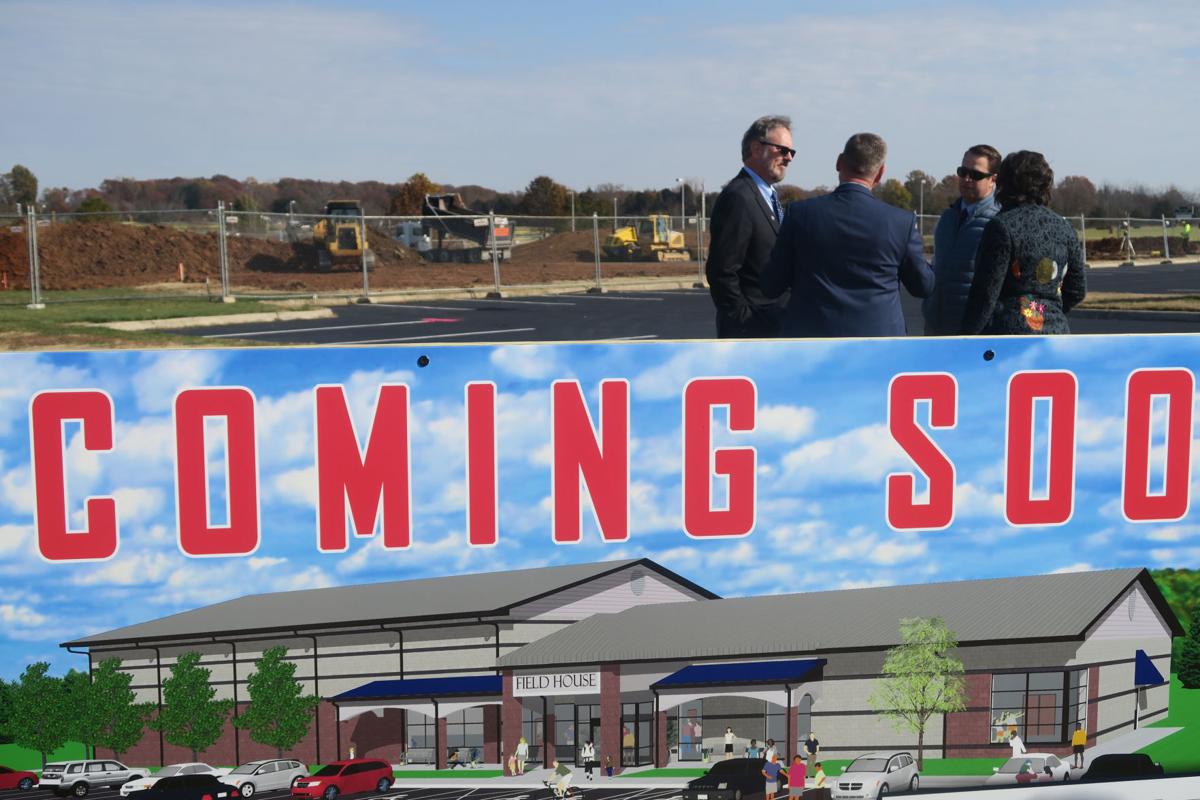 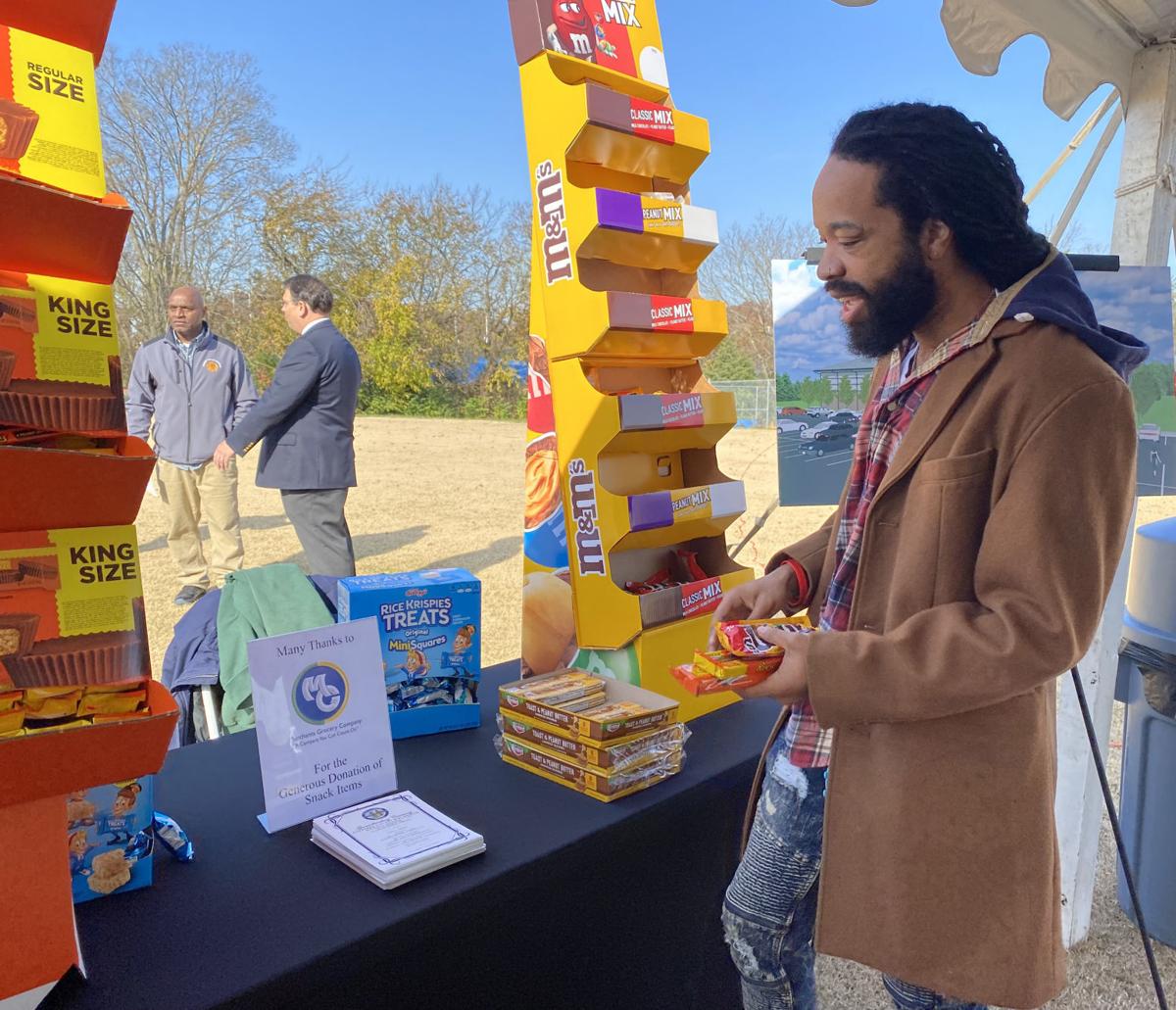 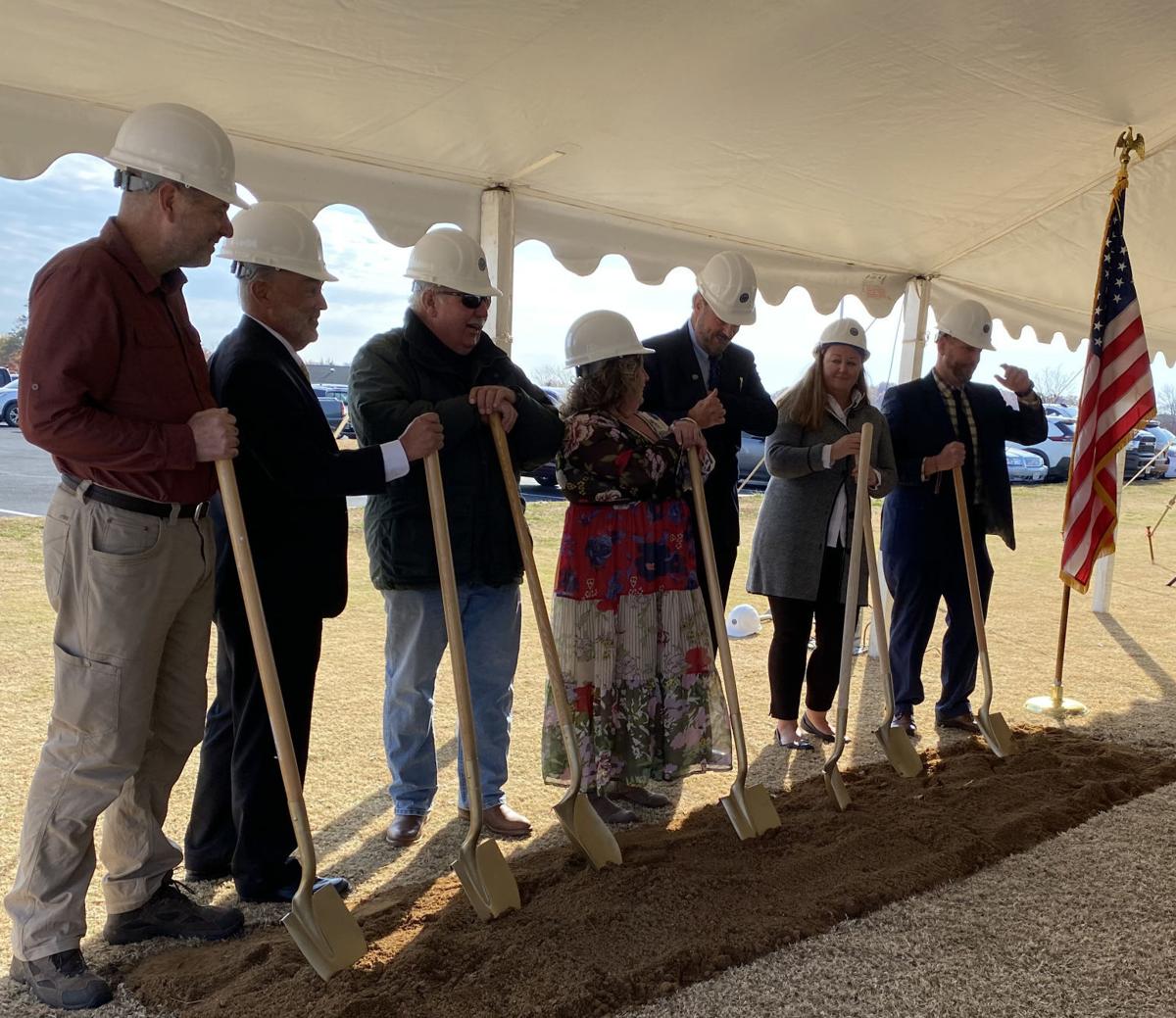 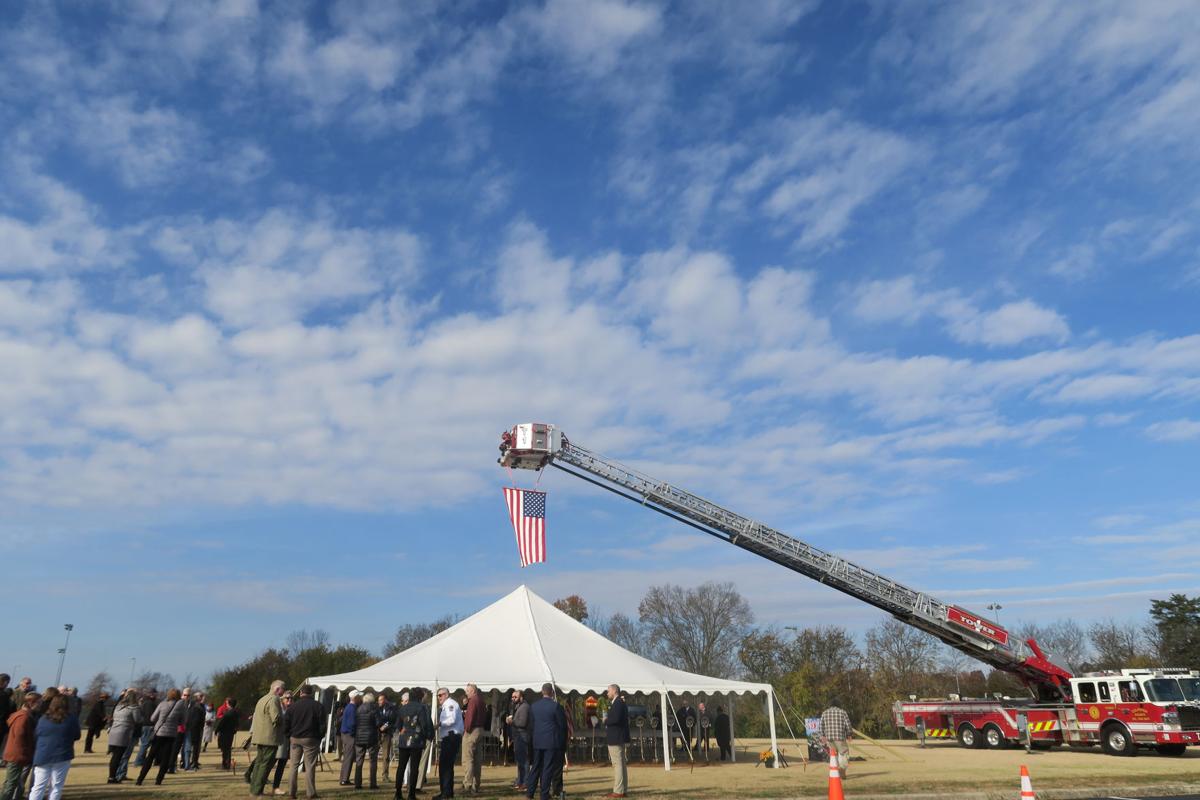 The sound of construction rattled and rolled as Culpeper County broke ceremonial ground Wednesday on a $4 million fieldhouse at the Sports Complex along U.S. Route 29 near Eastern View High School.

A wide sampling of community members, at least 150 people, attended the informal outdoor program in support of the county’s first-ever public recreation center now being built. The 17,000-square-foot building amid sports fields, trails and parks, will have a full-sized gym, classrooms and aerobics studio.

“The earth is moving, the bulldozers are going—construction has started,” said Director Andrew Hardy.

Relocating the agency to the sports complex from its current office on Main Street will allow staff to daily connect with its participant base, he said, while building relationships with county citizens and families.

“It will be an open facility, regardless of income or age,” Hardy said. “We look to the future with the first public recreation facility in Culpeper.”

The fieldhouse is scheduled to open next fall. The county intends to make it a “break-even” operation with entry fees based on income and entry accessible to all.

“A public rec center has been a goal of the county for quite some time,” she said. “In the midst of a pandemic, the Board of Supervisors managed to move forward a project for our entire community.”

A longtime youth tennis and basketball coach Gary Deal, Culpeper County Board Chairman, grew up playing sports here in a patchwork of school facilities or wherever they would let them practice and compete. He recalled past coaches and mentors who looked out for them in addressing the local crowd. Deal thanked each of the Board members and others who supported the new fieldhouse.

“We want this to be affordable. It is a public facility,” he said.

“It will take them through life. I’ve seen it,” he said. “It gives them the confidence to carry them through their career and life. I really believe that.”

When Deal was growing up in Culpeper, kids in sports had access to a gym Saturdays and one day a week only, he said. Now, all of the community—seniors and children and in between—can have access to a public rec center every day, Deal said.

Deal asked for donations from the community for the fieldhouse to keep entry fees low. He said it was the right facility at the right time for all the right reasons. “Access for all,” the board chairman promised.

Stevensburg Supervisor-Elect Susan Gugino was among those in attendance, with her baby, at the groundbreaking, featuring an American flag extended by a tower truck over the tent and a large free candy display from Culpeper-based Merchants Grocery.

Left-over sweets, drinks and other refreshments, including numerous boxes of Dunkin’ Donuts, were to be donated to a Girls on the Run event this Sunday at the Sports Complex.

Gugino said she thought the fieldhouse was a good idea in that it would provide a centralized location for parks & rec. Having the department located alongside the public is another plus to learn if any programs are lacking or need to be updated, she said.

Local community leader Brandon Miles attended, saying when he was growing up they had to go out of the county to play basketball and other sports. He envisioned older residents using the gym for indoor walking around and demand for classrooms.

He said Culpeper Youth Basketball could find a home there and not have to leave home to play or practice.

“It will be big for them,” said Miles. “It’s going to be a ton of money to save for parks & rec and not going to other schools.”

Bobby Wilson worked more than 40 years as a licensed practical nurse, remembered for treating everyone with the same kindness.

Here's how to get your free home COVID test kits

Home COVID tests are now available at no cost to most Americans, as part of the Biden administration's effort to increase testing around the United States.

NEW YORK (AP) — Hospitals aren't usually incubators of great music, but in the case of English indie-pop band Glass Animals, one member's medical emergency led to a breakout album and a Grammy nomination.

Home COVID tests to be covered by insurers starting Saturday

Starting Saturday, private health insurers will be required to cover up to eight home COVID-19 tests per month for people on their plans.

In the past week for the five counties, 45 people were hospitalized for the infectious respiratory virus now rapidly spreading as omicron.

Board of Supervisors vote 6-1 to accept $549,094 to implement program intended to help keep repeat offenders out of the justice system and jail.

Here are 25 ways to stay warm this winter — with or without indoor heating — that won't break the bank.

A temporary falloff in the number of gun deaths is over; a study shows a link between a COVID-19 vaccination and a change in menstrual cycle length; and more health news.

68% of people have never completed a New Year's resolution