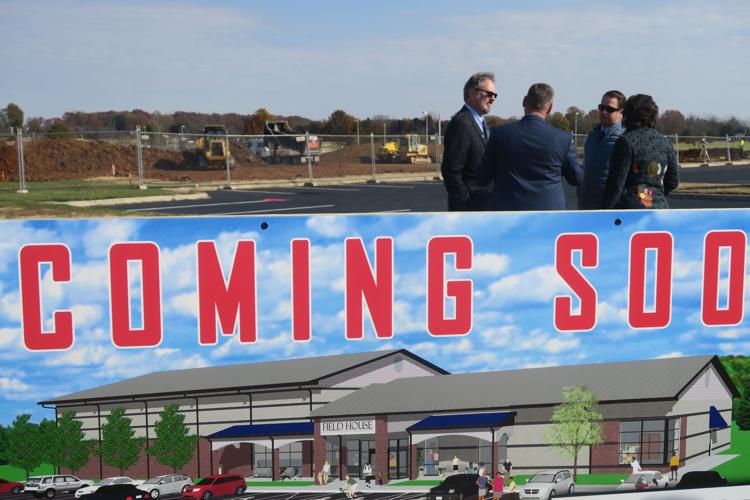 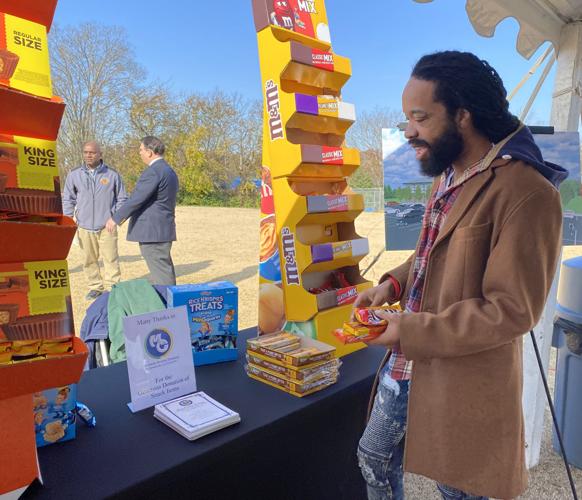 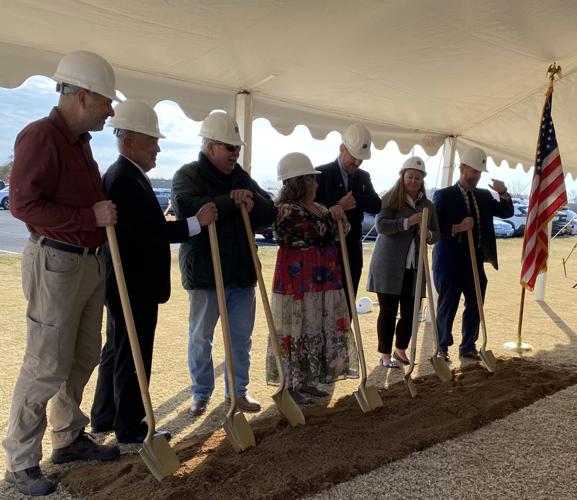 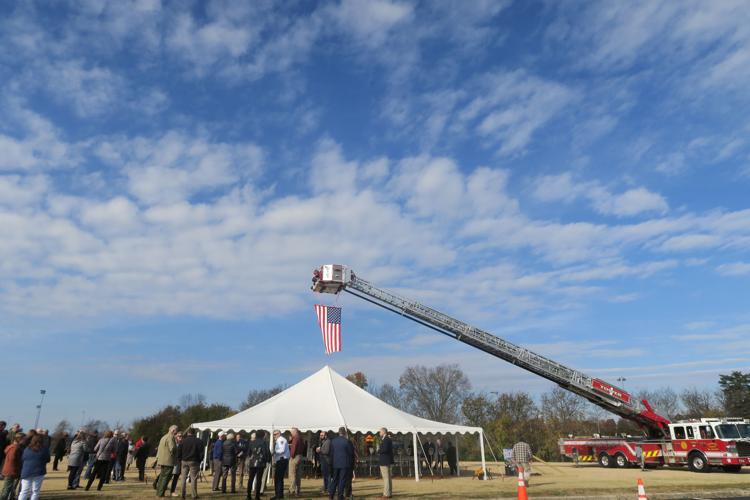 The sound of construction rattled and rolled as Culpeper County broke ceremonial ground Wednesday on a $4 million fieldhouse at the Sports Complex along U.S. Route 29 near Eastern View High School.

A wide sampling of community members, at least 150 people, attended the informal outdoor program in support of the county’s first-ever public recreation center now being built. The 17,000-square-foot building amid sports fields, trails and parks, will have a full-sized gym, classrooms and aerobics studio.

“The earth is moving, the bulldozers are going—construction has started,” said Director Andrew Hardy.

Relocating the agency to the sports complex from its current office on Main Street will allow staff to daily connect with its participant base, he said, while building relationships with county citizens and families.

“It will be an open facility, regardless of income or age,” Hardy said. “We look to the future with the first public recreation facility in Culpeper.”

The fieldhouse is scheduled to open next fall. The county intends to make it a “break-even” operation with entry fees based on income and entry accessible to all.

“A public rec center has been a goal of the county for quite some time,” she said. “In the midst of a pandemic, the Board of Supervisors managed to move forward a project for our entire community.”

A longtime youth tennis and basketball coach Gary Deal, Culpeper County Board Chairman, grew up playing sports here in a patchwork of school facilities or wherever they would let them practice and compete. He recalled past coaches and mentors who looked out for them in addressing the local crowd. Deal thanked each of the Board members and others who supported the new fieldhouse.

“We want this to be affordable. It is a public facility,” he said.

“It will take them through life. I’ve seen it,” he said. “It gives them the confidence to carry them through their career and life. I really believe that.”

When Deal was growing up in Culpeper, kids in sports had access to a gym Saturdays and one day a week only, he said. Now, all of the community—seniors and children and in between—can have access to a public rec center every day, Deal said.

Deal asked for donations from the community for the fieldhouse to keep entry fees low. He said it was the right facility at the right time for all the right reasons. “Access for all,” the board chairman promised.

Stevensburg Supervisor-Elect Susan Gugino was among those in attendance, with her baby, at the groundbreaking, featuring an American flag extended by a tower truck over the tent and a large free candy display from Culpeper-based Merchants Grocery.

Left-over sweets, drinks and other refreshments, including numerous boxes of Dunkin’ Donuts, were to be donated to a Girls on the Run event this Sunday at the Sports Complex.

Gugino said she thought the fieldhouse was a good idea in that it would provide a centralized location for parks & rec. Having the department located alongside the public is another plus to learn if any programs are lacking or need to be updated, she said.

Local community leader Brandon Miles attended, saying when he was growing up they had to go out of the county to play basketball and other sports. He envisioned older residents using the gym for indoor walking around and demand for classrooms.

He said Culpeper Youth Basketball could find a home there and not have to leave home to play or practice.

“It will be big for them,” said Miles. “It’s going to be a ton of money to save for parks & rec and not going to other schools.”

Facility outbreaks as of May 20 in RRHD were reported at Blue Ridge Christian Homes in Fauquier and Dogwood Village in Orange.

"There's a lot of things that don't make sense," said a virus researcher. CDC officials last week said they are now looking into 180 possible cases across the U.S.

Vaccination against the virus that causes most cervical cancers has spurred a widespread reduction of infections among young Americans — including those who are unvaccinated, a new government study finds.

US in process of releasing monkeypox vaccine from national stockpile for 'high-risk' people, CDC says

A CDC official says the U.S. has a "good stock" of vaccine because it has been preparing for the possibility of needing to use doses for smallpox.

Teens work out free this summer at Planet Fitness

Is intermittent fasting the diet for you? Here's what the science says

Proponents of intermittent fasting say the clock can help you win the battle of the bulge. But the science behind it is a little more complicated.

FRIDAY, May 20, 2022 (HealthDay News) -- A bill that would allow families in a U.S. government assistance program to buy whatever brand of baby formula they can find is on the way to President Joe Biden to be signed into law.

Herschel Walker boasts of his charity work helping members of the military who struggle with mental health. The football legend and leading Republican Senate candidate in Georgia says the outreach is done through a program he created, called Patriot Support. But court filings and company documents offer a more complicated picture. They show Walker did not found the program. It's also not a charity. It's an arm of a for-profit hospital chain. Court documents reveal the company has a checkered history treating veterans and reached a $122 million settlement after the Justice Department sued for improperly treating patients. The company denies the allegations. Walker's campaign criticized the media for writing a story about the program.

Three common barbecue mistakes you could be making

How to make your sponges last longer

How to make your sponges last longer

WHO experts answer questions on monkeypox

WHO experts answer questions on monkeypox