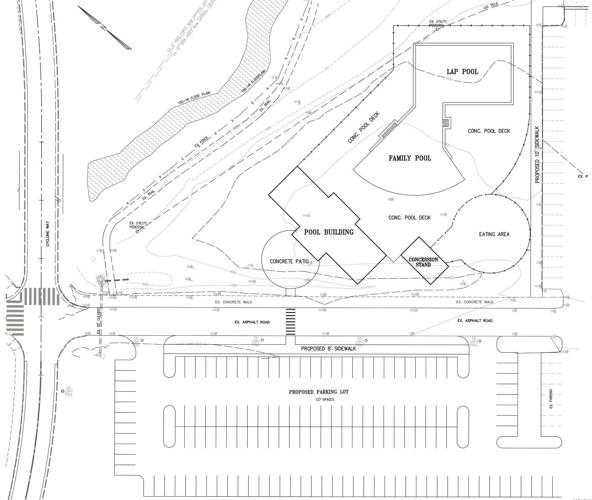 A potential layout for the pool at the Culpeper County Sports Complex on U.S. 29.

The public pool would go next to the fieldhouse being built at the Culpeper County Sports Complex. 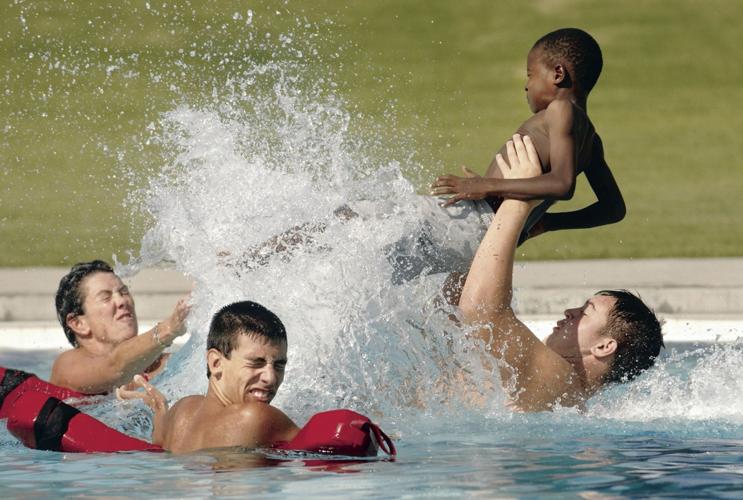 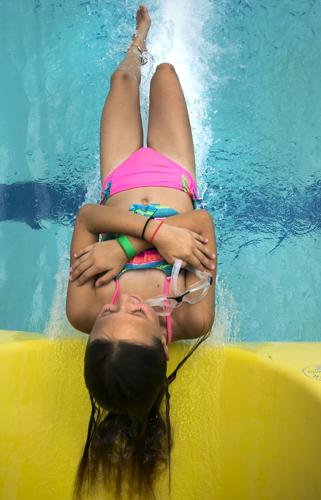 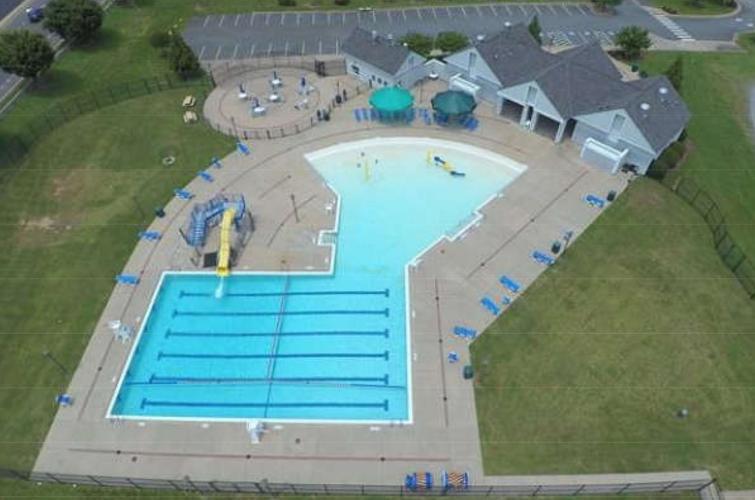 The town and county of Culpeper are considering a pool at the county sports complex identical to the Doris Buffett Pool in Fredericksburg, seen here.

Despite some pointed objections from a few members in the minority, the county Board of Supervisors is moving forward with a concept for a public pool at the county Sports Complex in a joint project with the Town of Culpeper.

It would be the town and county’s first public pool. Culpeper County was established in 1749.

Salem District Supervisor Tom Underwood made a motion at Tuesday’s meeting that county administration proceed vigorously in negotiating an agreement with town management for the outdoor pool.

The pool would operate in the summer months next to the public recreation center now under construction at the Sports Complex.

One can’t let perfect be the enemy of good, Underwood said in urging the board to approve the initiative over calls to delay the pool due to parking or traffic issues, or concerns that the county favored the wrong design or location.

The measure passed 5-2 with Supervisors Paul Bates and Brad Rosenberger voting no.

“I am convinced the location is appropriate,” Underwood said, referencing talks with the county parks and recreation director.

“Fundamentally, it works well,” he added, saying the pool’s location along U.S. 29 will be accessible to both town and county residents.

The Salem supervisor said he recognized a need for basic opportunities for people to cool off in the summer and practice their swimming skills.

The site leaves little room for growth, she said.

“This is make or break, gets no bigger, we’re stuck with it,” Gugino said of the current plan modeled after the Doris Buffett public swimming pool in Fredericksburg.

She said she wants to find out what the community wants in a public swimming pool before making a decision on the town-county plan. That drew swift reaction from Chairman Gary Deal, long an advocate for public aquatics.

Garnering public input on a swimming pool has been tried before and failed, Deal said of referendums in the past to build one, including a YMCA, which voters rejected in 2018.

“Been there before,” he told Gugino. “Getting community input—been through that … becomes very convoluted.”

Deal encouraged the board to decide to work with the town and not let the opportunity pass.

Last week, a Town Council committee voted to commit $5 million to build the pool and share its annual operating costs and any operating losses 50-50 with the county.

The county would own the pool. The county Parks and Recreation Department would oversee hiring lifeguards and other staff.

Jefferson District Supervisor Rosenberger, the board’s most senior member, said it gives him cold chills to think about the county operating a public pool.

He suggested the county give the town a piece of land somewhere and “let them take the liability and responsibility” for the facility.

Voters have been asked before about building a pool and those referenda failed, Rosenberger said.

“We ought to go to the public,” he said, repeating, “The idea of a swimming pool scares me to death.”

Bates said there is not enough demand for a public pool in Culpeper. He said he drove around to the various housing developments with pools, and few were in use.

Establishing more splash pads like the very popular site at the town’s Rockwater Park might be a better option, Bates said.

“You don’t have to worry about drowning,” he said.

Bates said he, too, was concerned about liability, specifically parents dropping their kids off at the pool all day long.

“I’m just not on board with a public swimming pool,” he said.

Cedar Mountain District Supervisor David Durr said he believed there is enough demand for a public pool in Culpeper.

“It has a lot of support,” he said, referencing the popularity of Rockwater Park’s splash pad. “It’s a good idea for the town and county to be working together on this.”

“We can’t pass up this opportunity, especially with the town,” Campbell said. “I’m supporting it.”

The Culpeper Town Council will vote on its $5 million toward construction when it meets Aug. 6.

Both the town and county have studied the issue of public aquatics for at least 25 years, but a pool has yet to materialize.

Three ways you can save money on your workouts

Three ways you can save money on your workouts

What are muscle knots and how to get rid of them

What are muscle knots and how to get rid of them

A potential layout for the pool at the Culpeper County Sports Complex on U.S. 29.

The public pool would go next to the fieldhouse being built at the Culpeper County Sports Complex.

The town and county of Culpeper are considering a pool at the county sports complex identical to the Doris Buffett Pool in Fredericksburg, seen here.