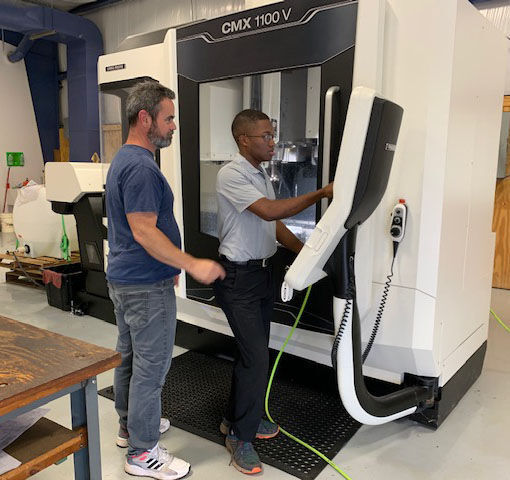 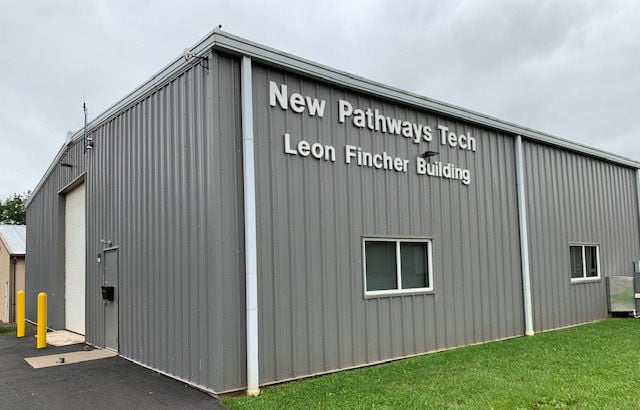 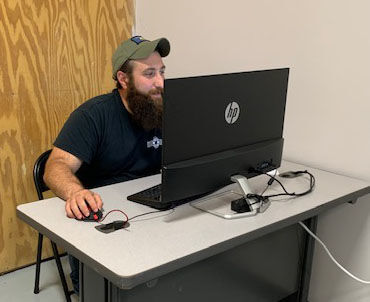 Culpeper County leaders continue to exhibit financial support for technical & career training with an elected panel recently backing a waiver of rent and purchase of equipment to help two fledgling programs at the Carver Center recover from pandemic shut-downs.

The Board of Supervisors Building & Grounds Committee on Tuesday recommended renewing a lease with Germanna Community College for one year for continued use of a building on the Carver campus along U.S. Route 15 as a welding school.

Initial conversation among the committee specified the contract would include a monthly rent to the county of $500.

GCC Business & Career Coordinator Ben Sherman stood up at the meeting just as the supervisors prepared to vote on the lease to say the program could not afford to pay rent.

“We are not making money,” he said.

Sherman said it would take time for Germanna to build up students and regulate costs at the welding school it took over in early 2020 from now-closed American Institute for Welding. Then the pandemic hit, substantially impacting operations at the facility, he said.

“I’m not sure we can continue to offer classes if we have to pay $500 per month,” Sherman said.

Five students are currently enrolled in an $800 basic three-week course held on Saturdays, he said; they’d like to have eight students.

It costs $1,700 for materials and the same for the instructor, Sherman said: “Financially, we are losing money if you add it all up…We are squeezing it as far as we can go.”

The welding school also offers a higher level, seven-week course all day on Saturdays. The school pays utilities, Sherman said, and hopes to eventually pay rent to the county.

COVID affected the number of classes they could offer and the bottom line, he added.

Board Chairman Gary Deal, sitting on Building & Grounds Committee, compared “the Carver project” to a football team just getting into the first quarter.

The welding shop, New Pathways machinist school, extension office and a planned commercial kitchen “are just starting to play ball” in terms of development, he said.

“I want to make sure to get people into that institute,” Deal said of the Carver Center, originally a regional Black high school during segregation named for famed inventor George Washington Carver (1864-1943). “Let’s go ahead and give the lease for a year.”

A school earning $800 for five students is not a lot, agreed Catalpa Supervisor Paul Bates. He concurred with Deal in recommending waiving the $500 rent and to reevaluate in a year.

Sherman said he is attempting to reach out to local businesses in need of welders to support the training school. The program being a pathway to a good job is something he can sell, the business and career coordinator said.

“We are just trying to get the workforce side up,” he said of local community college offerings. “We have to self fund.”

Cedar Mountain Supervisor Jack Frazier, whose district the Carver Center is located, said the county doesn’t want the facility to be a big money maker, but to break even.

Sherman thanked the panel saying the welding program, in spite of its challenges, is a success in that many of its students have found good jobs because of it. Five companies are slated to attend an upcoming job fair for current students, Sherman said.

“Hopefully, we’ll get them all jobs and paying taxes,” he said.

At the Rules Committee meeting also on Tuesday, board members heard another request for financial assistance from another training program located on the Carver Center campus, New Pathways Tech machinist school.

“It shut us down a while,” Hansohn told the committee. “Some students did not return so we are in the process of rebuilding.”

A dozen students are currently enrolled, she said. A partnership with Orange County High School to offer an elective class at New Pathways is also in the works, potentially generating more students, Hansohn said.

G3 community college tuition assistance for training in high-demand careers covers the cost to the student, she said, but the school isn’t reimbursed until the course is completed.

It “came out of the blue” when manufacturer DMG MORI contacted New Pathway officials earlier this year to see about getting back the CMX 1100V machine it had leased the school three years ago so that it could sell the training equipment, Hansohn told the board.

New Pathways offered to buy the machine for $75,000, which was accepted, but now it needs the cash to pay for it, she said.

“It might have been ok if we had more students, but that’s not the way the world is right now,” Hansohn said.

The class operates two nights a week, but more students are still needed. The school got a $37,500 grant but owes an additional $60,000 on other equipment.

“With COVID knocking people out, I get it,” he said. “Culpeper County has spent a lot of money investing in New Pathways. I want to see it succeed.”

The school is named for Leon Fincher, head of Precision Machine Works, and one who worked to open New Pathways. Using a walker, Fincher addressed the board Tuesday about the state of the school.

“The COVID thing has set us back for sure,” he said.

Fincher said the DMG MORI machine has very few hours on it and is in such excellent shape he could see it being used for the next 20 years. The school has four other smaller machines, he said.

“I have no doubt the school is going to make it,” Fincher said, “if we could get out from under this COVID stuff…we are not going to give up on this school.”

New Pathways is reaching out to other counties interested in providing students for the program as well as to other machine shops and manufacturers seeking trained and certified workers. Deal said maintaining the tech school is important. The committee recommended providing $75,000 to purchase CMX 1100V machine. Both items will go to the full board in November.

SANAA, Yemen (AP) — A Saudi-led coalition airstrike hit a prison run by Yemen's Houthi rebels on Friday, killing at least 70 detainees and wounding dozens, a rebel minister said. The strike was part of a pounding aerial offensive that knocked the Arab world's poorest country off the internet.

The Sundance Film Festival is back and online once more

The lights may be dim at the Eccles Theater and Park City's Main Street will have fewer cinephiles packing the snowy sidewalks when the Sundance Film Festival begins its 44th edition Thursday night. But if 2021 proved anything, it's that the world's premier independent film festival is more than its ski town locale.

RICHMOND, Va. (AP) — It’s a key part of President Joe Biden’s plans to fight major ransomware attacks and digital espionage campaigns: creating a board of experts that would investigate major incidents to see what went wrong and try to prevent the problems from happening again — much like a transportation safety board does with plane crashes.

Cut off by volcano, Tongans relieved as contact restored

BANGKOK (AP) — As the massive undersea Hunga Tonga Hunga Ha’apai volcano erupted on Saturday, Tongans from around the world gazed on as their relatives livestreamed images of billowing clouds of ash, gas and steam emerging from beneath the depths.

EXPLAINER: What are US options for sanctions against Putin?

WASHINGTON (AP) — The financial options being considered to punish President Vladimir Putin if Russia invades Ukraine range from the sweeping to the acutely personal — from cutting Russia off from U.S. dollars and international banking to slapping sanctions on a former Olympic gymnast reported to be Putin’s girlfriend.

CABO FRIO, Brazil (AP) — In April, Brazil’s federal police stormed the helipad of a seaside hotel in Rio de Janeiro state, where they busted two men and a woman loading a chopper with 7 million reais ($1.3 million) in neatly packed bills.

WASHINGTON (AP) — The Biden administration has issued its first clean energy loan guarantee, reviving an Obama-era program that helped launch the country’s first utility-scale wind and solar farms a decade ago but has largely gone dormant in recent years.

A Belarusian hacktivist group says it has launched a limited cyberattack on the national railway company, aimed at impeding the movement of Russian troops and freight inside the Moscow-allied country. It said it encrypted some servers, databases and workstations.

DENVER (AP) — Colorado's Democratic Secretary of State on Monday ordered a Republican county clerk who has echoed former President Donald Trump's demands for “audits” of elections to return a copy he says he made of his county's election system, a potential breach of security.

At some of the world’s most sensitive spots, authorities have installed security screening devices made by a single Chinese company with deep ties to China’s military and the highest levels of the ruling Communist Party.

Watch Now: Tricks to get the most out of your tech devices

Watch Now: Tricks to get the most out of your tech devices

Five of the best foods for lowering blood pressure

Five of the best foods for lowering blood pressure