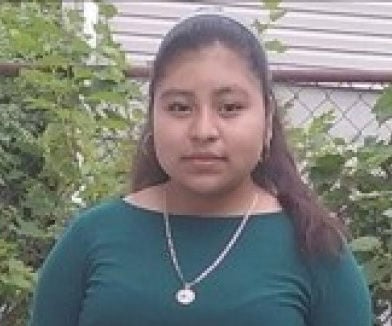 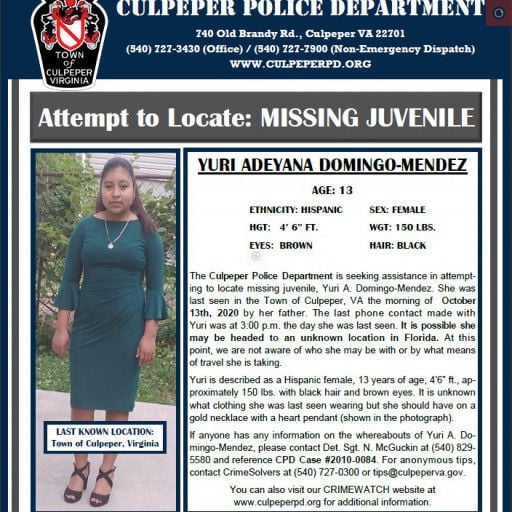 Culpeper Police have issued an alert in an attempt to locate a 13-year-old girl last seen by her father on Tuesday morning, Oct 13.

Yuri A. Domingo-Mendez may be headed to Florida though the exact location is not known. It is also unknown who she is with or the mode of transportation, according to a release from the Culpeper Police Department Wednesday morning.

Domingo-Mendez was last reached by phone at 3 p.m. on Oct. 13. She is described as a Hispanic female, 4’6”, approximately 150 pounds with black hair and brown eyes. It is unknown what she was wearing, but she should have on a gold necklace with a heart pendant, as shown in a provided photograph.