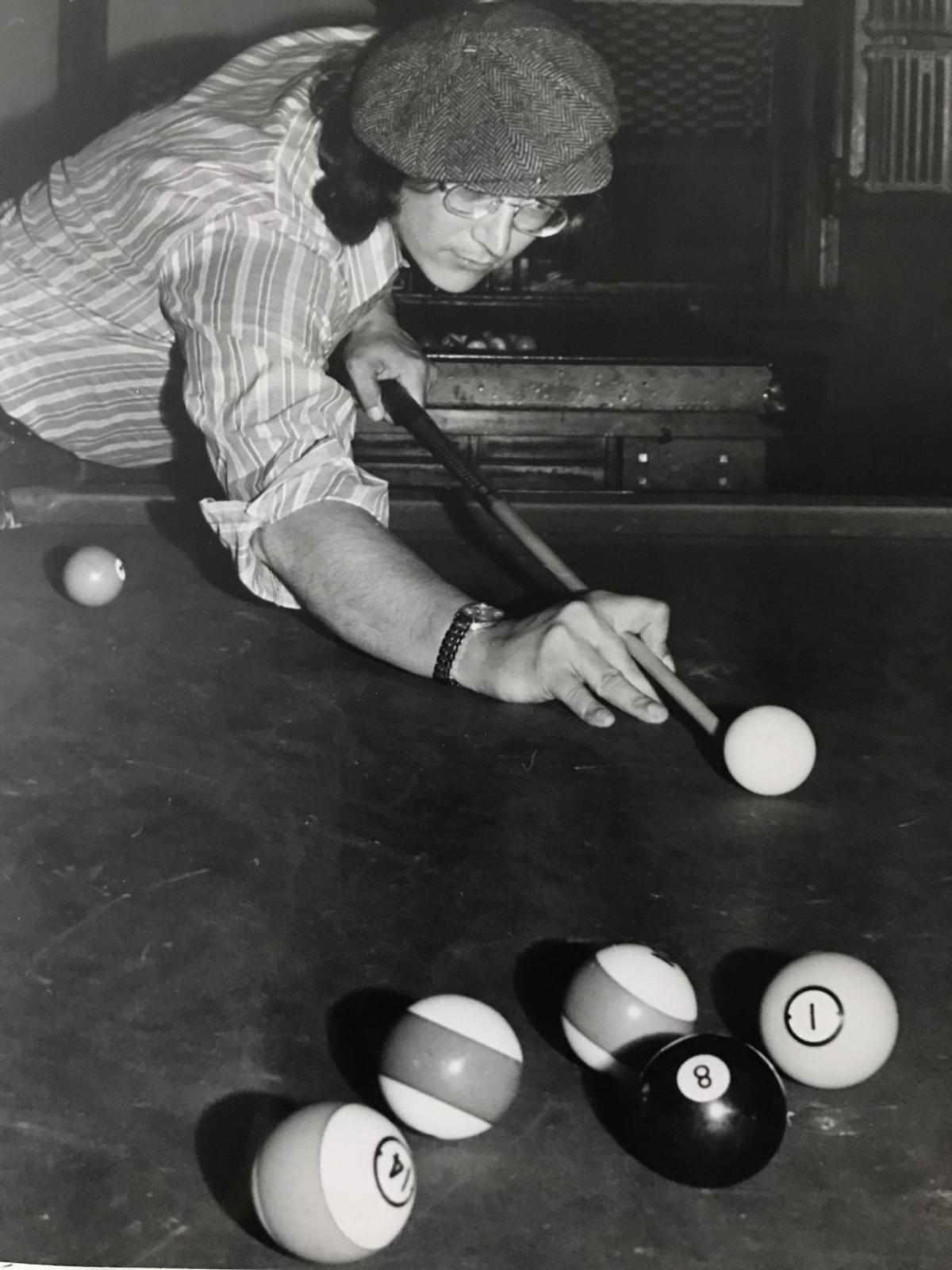 Mike Ives, a columnist for The Roanoke Times & World-News in the 1970s, was known for his skills with the pool cue.

BY RAY COX Special to The Roanoke Times

Roanoke, known as The Star City, goes to the movies.

Q: A friend of mine stuck at home because of COVID-19 and watching plenty of television said she had found a movie that had been filmed in Roanoke a few years ago. I was an extra in the movie but never heard it had been released. The plot involved the story of a local police officer who was critically injured in the line of duty. Can you provide additional information about this film?

A: The 2014 release “Badge of Faith” is based on the story of Bryan Lawrence, a Roanoke officer paralyzed while making an arrest and whose Christian faith helped him to endure the ordeal and find new purpose.

The movie was produced by StoneTable Films, whose stated mission is to provide family entertainment that “promotes Christian values and the message of hope and encouragement our faith provides.”

Executive producer Steve Woolwine was Lawrence’s childhood friend, according to promotional literature at PureFlix Insider. The movie starred Andy Lauer and was directed by Donald Leow. Viewers may stream the movie through pureflix.com among other services.

Reviews at Websites that specialize in Christian-themed movies such as dove.org and boxofficerevolution.wordpress.com tended to be generally favorable.

“This film features dramatic inspiring moments which will move the viewer,” was the dove.org verdict. “Though there are many pertinent and accessible issues explored in this film, the storyline overall lacks the necessary continuity and driving purpose that would make this movie dynamic,” boxofficerevolution.wordpress.com opined.

A reviewer at amazon.com was not as complimentary, writing the movie was “just an average film due to its script, editing, acting and direction weaknesses.”

The real Lawrence was injured in foot pursuit of two suspects in an assault. Lawrence overtook and subdued Dantonio Terrell Foster Sr. at which point the other man, William Steele Jr., kicked the policeman in the face with such violence that the blow broke his neck, injured his spinal cord, and left him permanently disabled, according to testimony in Steele’s 2009 trial for aggravated malicious wounding.

Steele was found guilty. Lawrence, who was paralyzed from the shoulders down and told he probably would never walk again, recovered to the point he testified against Steele after entering the courtroom on foot while using a walker with assistance from family members, according to Mike Allen’s reporting.

Lawrence went on to serve in the Baptist ministry, retiring in 2017.

Anchors aweighBon voyage to former Roanoke newspaperman Mike Ives, who on Election Day was making final preparations for his annual autumnal cruise down the west coast of Florida bound for balmier ports.

The weather was of concern to him. Another hurricane was loose in the Gulf of Mexico, then menacing the Yucatan and threatening to boomerang on a northeast trajectory to the already battered U.S. Gulf Coast.

Ives, who has lived in and sailed offshore of Florida for years now, was undeterred by potentially choppy seas ahead. He’s crested his share of whitecaps aboard boat and elsewhere and always returned to port.

As usual when he hoists sail, he’ll be unburdened by the folly of others. Ives is precise in his seamanship as he was with his writing. Second class first mates he will not tolerate.

“Boat’s too small,” he said by phone last week while still in port.

Thoughts of his old running buddy and fellow ink-stained colossus Chris Gladden go with him. The news of man of letters Gladden’s death had reached Ives a few days before.

With Sunshine State polls still open that Tuesday, the soon-to-be solo skipper had no complimentary words for the incumbent at the national helm. Before taking his saltwatery leave, Ives took umbrage at anyone’s suggestion he may have forgotten to cast a vote before setting sail.

Some things a seaman cannot forget, marinas on the charted course that stock the coldest beer being one such detail. This is one skipper who knows the roster of such sudsy havens by heart.

If you’ve been wondering about something, call “What’s on Your Mind?” at 777-6476 or send an email to whatsonyourmind@roanoke.com. Don’t forget to provide your full name (and its proper spelling if by phone) and hometown.

Northam says with vaccines and holidays around the corner, "it is foolish to take risks"

Northam says with vaccines and holidays around the corner, "it is foolish to take risks"

Mike Ives, a columnist for The Roanoke Times & World-News in the 1970s, was known for his skills with the pool cue.