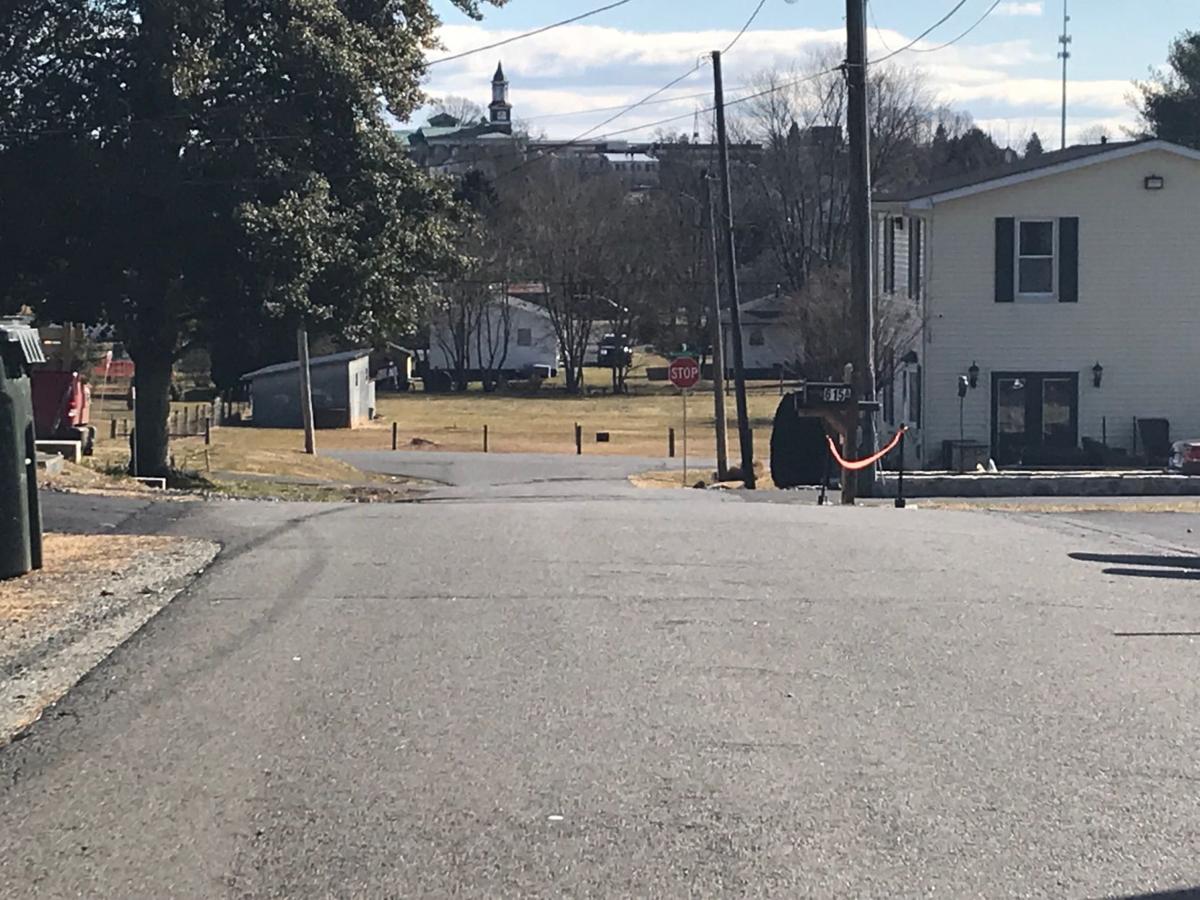 Area of Third Street in the town of Culpeper where Trajon Taylor, 19, died in a gun fight. 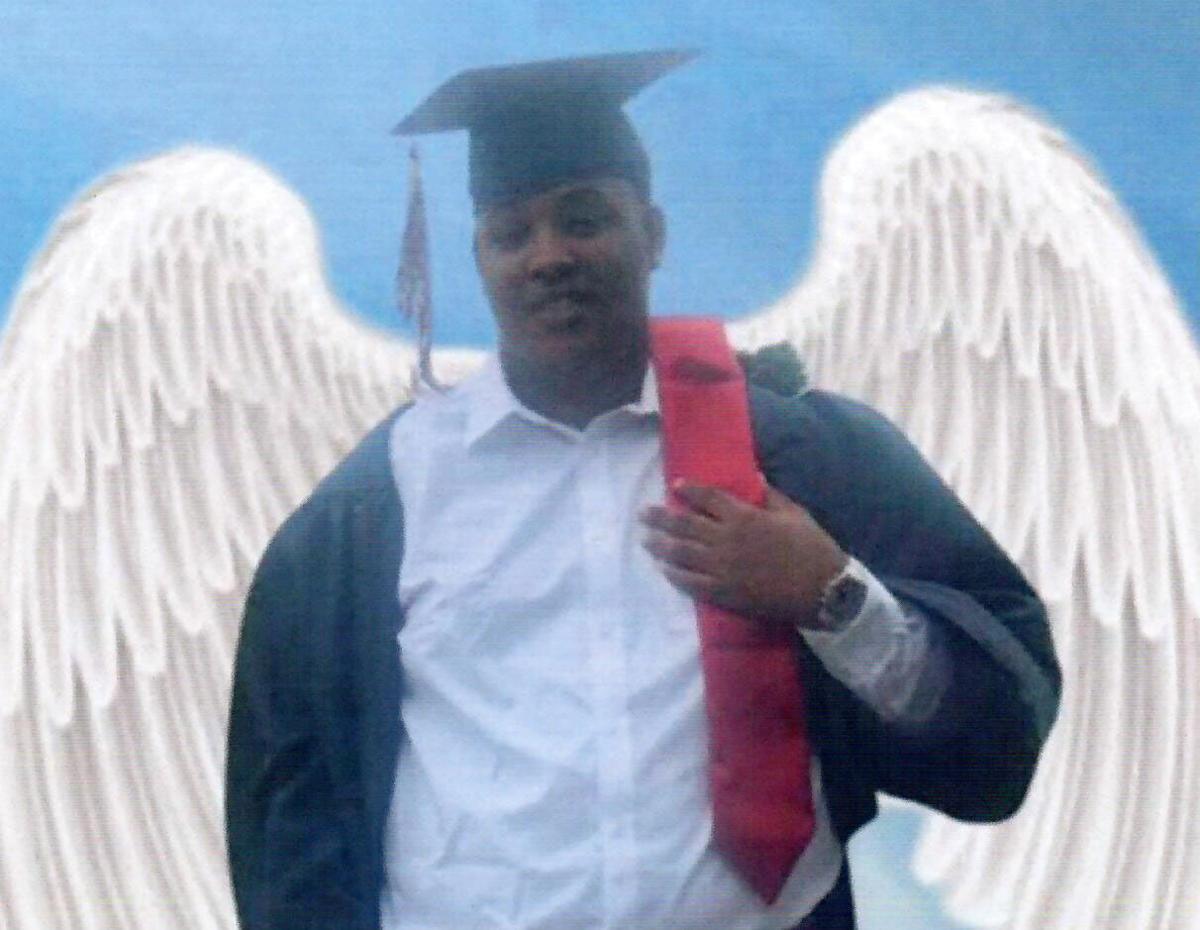 Trajon Taylor grew up in Culpeper and graduated in 2019 from Denbigh High School in Newport News, where he lived with his older sister.

Three felony charges, including second degree murder, were dismissed Friday in Culpeper Circuit Court—for now—due to incomplete evidence in the case accusing a local teen in the 2020 New Year’s Eve shooting death of another local teen.

Charges of shooting into an occupied building and use of a firearm in a commission of a felony, first offense, against now 18-year-old Khaliq Clark were also abandoned or nolle prossed—a Latin term meaning “to be unwilling to prosecute”—by motion of Russell Rabb, deputy Culpeper County Commonwealth’s Attorney.

The case remains an active and ongoing investigation, the prosecutor said later Friday. The commonwealth, in a nolle prosse, reserves the right to reinstate the charges.

At the heart of the matter, according to court documents, is a national ammunition shortage, postponing comparative analysis in the state lab. The worker shortage and pandemic have further worsened delays in the case.

Clark, as a 17-year-old, was indicted in February in the Dec. 31, 2020, fatal shooting of 19-year-old Trajon Taylor at his home on Third Street in Culpeper. According to court testimony, the two had quarreled about a pair of shoes before a deadly shootout in a neighborhood near Yowell Meadow Park.

Rabb last week filed a motion to postpone the trial, scheduled to begin Oct. 19, because of incomplete ballistics analysis from the Virginia Division of Forensic Science.

Warrenton defense attorney Mark Williams objected to any postponement, noting 16 defense witnesses had been subpoenaed. The commonwealth has subpoenaed 30 witnesses.

Culpeper Circuit Court Judge Dale Durrer, in a written ruling Oct. 8, denied the commonwealth’s motion to postpone the four-day trial, stating that the next earliest available date on the docket would not be until next fall.

The judge further noted in his ruling, “The court cannot … grant a continuance based on the pace of testing set by [the Division of Forensic Science].”

Law enforcement collected more than 80 items of evidence from the crime scene, including 23 cartridge cases, two 9mm handguns and a third firearm recovered in January from the home where the shooting occurred. All of the items were in possession of the state lab by February and six certificates of analysis have since been produced, Durrer stated.

But as of last week, a comparison of cartridge casings to the guns was only partially complete.

Division of Forensic Science informed the local prosecution that “the remaining cases required a different type of ammunition for comparison purposes, but the national ammunition shortage has caused a delay in completing the comparisons,” according to Durrer.

The judge, in stating his reasons for not postponing the case, acknowledged quicker statutory requirements for a speedy trial when a juvenile is tried as an adult.

Though the Virginia Supreme Court recently issued its 29th extension of its judicial emergency order due to COVID-19, Durrer said, “There is a statutory right to a speedy trial but also a constitutional right.”

The efficiency with which the state lab has handled the evidence is another issue, the judge said.

“DFS has possessed the evidence for 247 days and has not started the testing that the commonwealth’s attorney requested months ago,” he said. “DFS has not provided…any timetable of when said testing should be completed. … Common sense should dictate that the analysis of firearms and cartridges in a homicide case would be triaged and tested without delay and with heightened urgency.”

“Further,” Durrer wrote, “the Virginia Constitution requires that in criminal prosecutions, ‘the victim shall be afforded fairness, dignity and respect by the officers, employees and agents of the commonwealth.”

The state lab has not provided the prosecution any information about what the additional testing would show, the judge stated, leaving “the court unable to analyze the prejudice that could ensue from not continuing the case.”

Durrer went on, “This case is chilling because DFS has been in possession of the evidence but has waited until the eve of the trial to attempt to evaluate the same.”

The defense has stated they do not believe the additional testing would produce any exculpatory evidence, the judge said.

Durrer said while he is sympathetic to the workload and staffing issues faced by the state forensic office that “there is nothing substantially unusual” about the remaining analysis. The judge added the matter is not one of bad faith on behalf of the prosecution, which has been well-prepared, along with the defense during all pre-trial hearings.

“The DFS is certainly overworked and understaffed, but so is everyone else,” Durrer wrote in his ruling. “This is not a garden variety drug case—it’s an allegation of homicide.”

Rabb, in his written motion Oct. 13 to nolle prosse the case, stated he finally received the ballistics analysis for which he had been waiting from the state lab on Oct. 8—nine months after they were first submitted.

Based on the results of the testing, more time is needed to conduct further investigations into the findings, Rabb said in the motion.

He said in an email Friday that the case remains an active investigation, declining further comment.

Co-defense counsel Joe Pricone, in a phone call Friday, said they are confident Clark will be acquitted in the Culpeper County murder case.

He and Williams are also representing the teen defendant, a former Eastern View High School student, in a separate case in Fauquier County.

Clark is charged there with first degree murder, conspiracy to commit robbery, robbery and use of a firearm in the commission of a felony in the Oct. 6, 2020 shooting death in Warrenton of 21-year-old Derek De La Iglesia. A five-day trial in that case is slated to start March 7, Pricone said.

What used to be a Sears at the Spotsylvania Towne Centre will soon become a construction site, and they’re not building a new store.

As the colder air settles in on Saturday, the stage will be set for a large storm impacting most of Virginia.

Paul DeForest, 65, accused in Jan. 10 death of girlfriend whose body was found in trunk of car near home in Lubec, Maine—more than 800 miles away from where he was arrested Jan. 11.

The Spotsylvania County School Board fired Superintendent Scott Baker without cause during a contentious meeting Monday.

A multiple-vehicle crash around 11:30 a.m. Wednesday has State Route 3 in front of the Spotsylvania Towne Centre and other nearby roads clogged.

In her electric scooter with her service dog, Nancy Lagasse encountered assistance, warm hearts away from home during snow storm.

Area of Third Street in the town of Culpeper where Trajon Taylor, 19, died in a gun fight.

Trajon Taylor grew up in Culpeper and graduated in 2019 from Denbigh High School in Newport News, where he lived with his older sister.