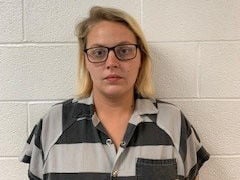 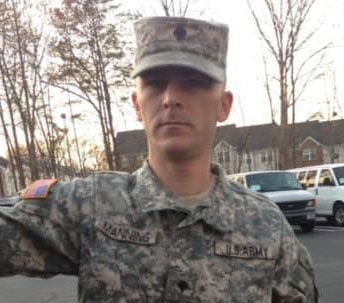 ORANGE – A bond hearing was postponed Wednesday in General District Court due to a change in defense attorney for a Gordonsville woman accused of second degree murder.

Brianna Knicely, 27, is additionally charged with use of a firearm in the commission of a felony and shooting into an occupied dwelling in the June 16 death of James Manning, 36, at his home in Barboursville.

Page Higginbotham was originally appointed to represent the defendant. The Orange lawyer told the judge Wednesday he could not continue with the case due to a conflict of interest. Higginbotham said he previously represented a potential witness in the case against Knicely.

Louisa attorney Richard Harry was appointed to represent the defendant. A bond hearing was set for 11:30 a.m. on Friday.

Numerous members of the Manning family attended the short hearing, including the victim’s wife of 10 years, the mother of their three school-aged children.

A U.S. Army veteran who served in Afghanistan, James Manning will be laid to rest with military honors on Thursday in Quantico National Cemetery. He was part of the 173rd airborne brigade and worked for UPS in Charlottesville, according to his obituary.