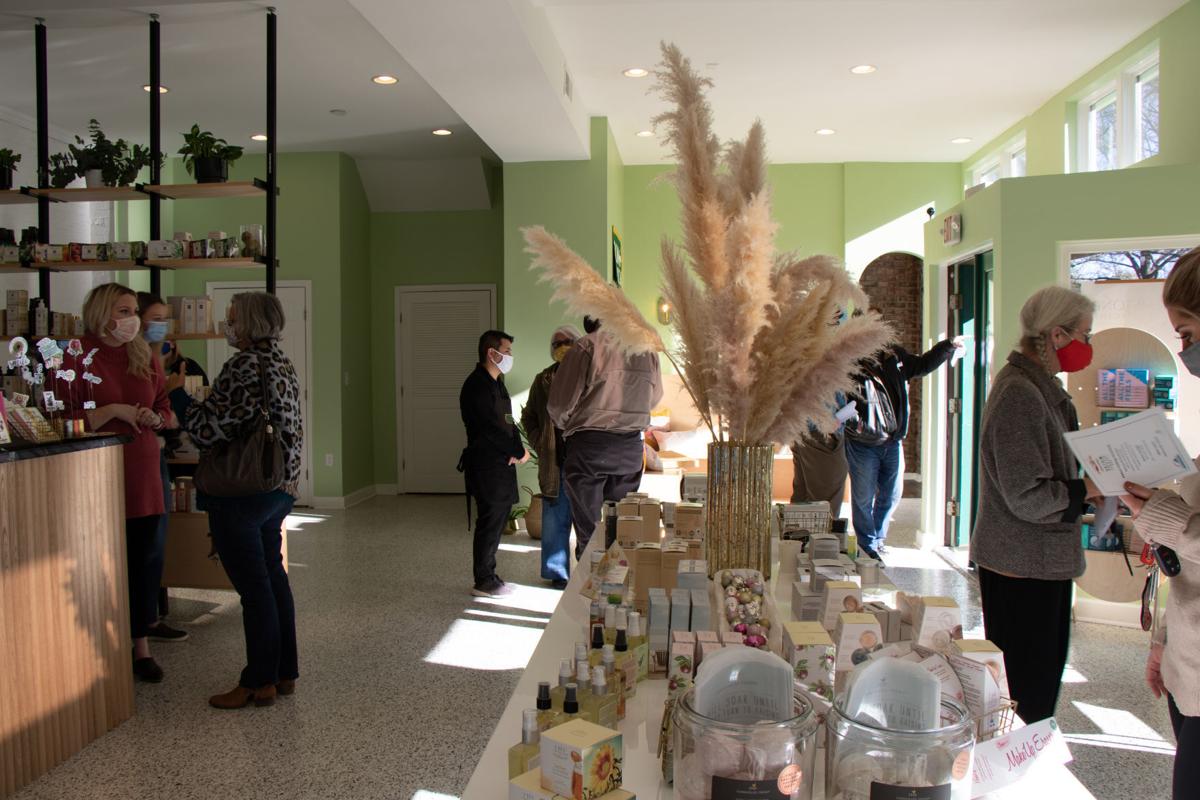 Well-wishers and customers visit Skin+Touch Therapy Spa in downtown Culpeper as it reopens in larger quarters on East Davis Street. 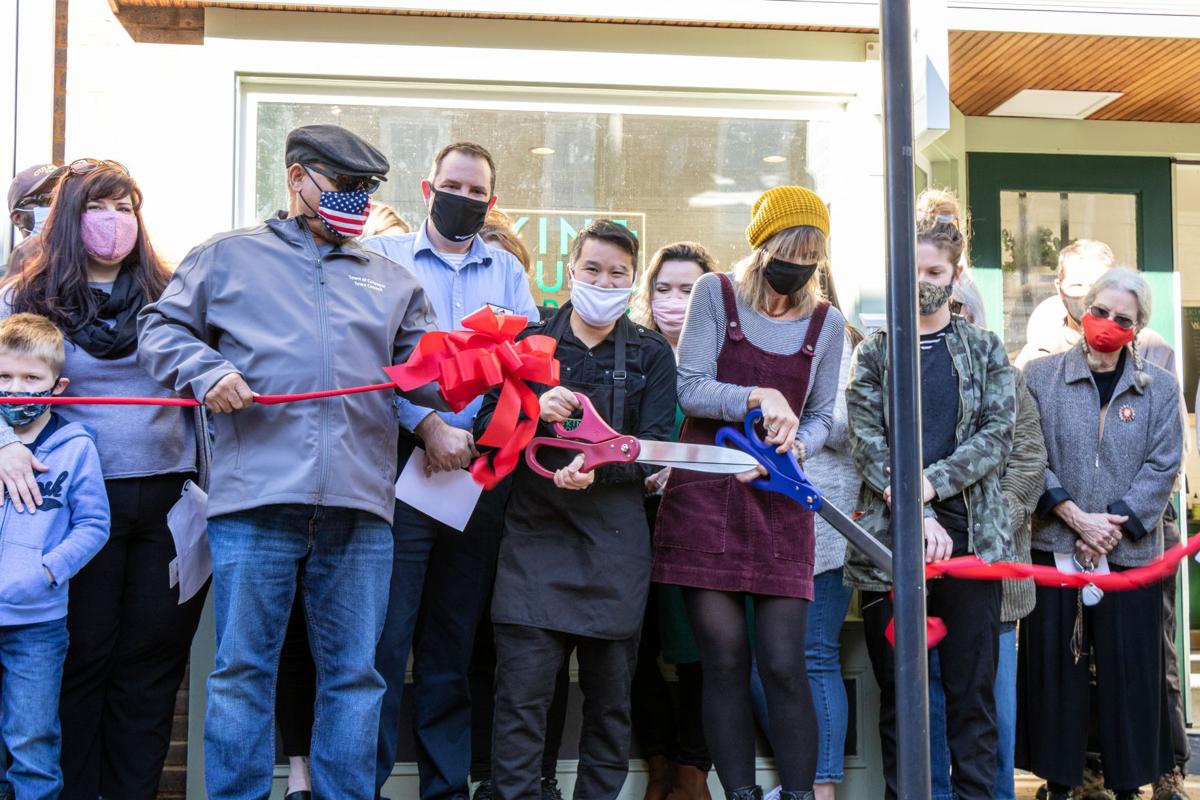 What better way to deal with all the fallout than to give yourself—or gift to someone else—a little self-care?

This is what Culpeper’s Skin+Touch Therapy Spa owner Brian Lam asked recently, in an interview with the Star-Exponent.

“What I enjoy most is giving people an hour of escape, to give them that benefit and make it meaningful, especially now,” Lam said.

Days prior, he’d held a ribbon-cutting for the reopening of his business, which he expanded into the ground-floor space vacated by Moving Meadows Bakery when it moved to the old State Theater building on Main Street.

“It gives us so much more open space, with high ceilings and nobody feeling on top of each other,” Lam said of the renovation. “Makes it much better for social distancing.”

The skin care, massage and therapy enterprise is at 254 East Davis St., at the street’s east end near the train depot. Lam purchased the store in 2019, expanding the venture he began six years ago on historic Caroline Street in Fredericksburg.

His boutique spa in Culpeper provides five therapy rooms upstairs in an airy space with exposed brick walls and high windows, letting in plenty of sunshine. Licensed, well-trained therapists and contemporary equipment are geared to provide guests with the optimum relaxing experience.

In the newly renovated space on the street level, manicure and pedicure stations have been added, with space also for waxing and facials. Lam said he’s started manufacturing his own line of candles, lotions and bath salts.

“We’re much more spread out than we could be. We’re still very cautious, bringing in air filtration and making the changes sustainable for the future,” he said.

He added he’s especially strict about cleaning. “My biggest thing was safety, for my employees, and for our clients.”

The business owner said he is still trying to secure some CARES grant money, having run delays with his application. “I did receive some PPP, which really helped,” he said.

During the time his two locations were shut down under the lockdowns for the coronavirus in the spring, Lam pivoted to online sales, selling spa boxes and candles.

“That helped us cover the basic expenses,” he said.

After closing at the end of March, Lam said he began a gradual reopening at the beginning of June, slowly introducing new services over time. It ended up working out nicely with conducting the renovations.

“Everything took longer—getting supplies because the supply chain was messed up, getting permits because so many offices were still closed—getting the work done,” he said. “But it turned out really nice in the end.”

Lam served sparkling wine at the ribbon-cutting celebration, which was attended by Culpeper Chamber of Commerce and Culpeper Renaissance, Inc. representatives, as well as many fellow Davis Street business-owners and downtown shoppers that day.

“We kept all the doors open and we never had too many inside at one time,” Lam said. “It was so nice to see people and sort of come out of hibernation a little, say hello to our neighbors.”

Looking ahead for the holidays, Lam advised consulting his business’ Facebook page for discounts and promotional deals.

“Gift cards are always great—ours last five years, and it lets people choose what they want,” he said.

Lam said self-care is something everyone deserves, especially during times of difficulty and darkness.

“It’s so needed these days!” He said. “Come down to beautiful historic downtown Culpeper, enjoy the shopping and dining—and while you’re here, stop in and see us.”

Aunt of Black man who died after arrest in Belgium: We want justice

Well-wishers and customers visit Skin+Touch Therapy Spa in downtown Culpeper as it reopens in larger quarters on East Davis Street.