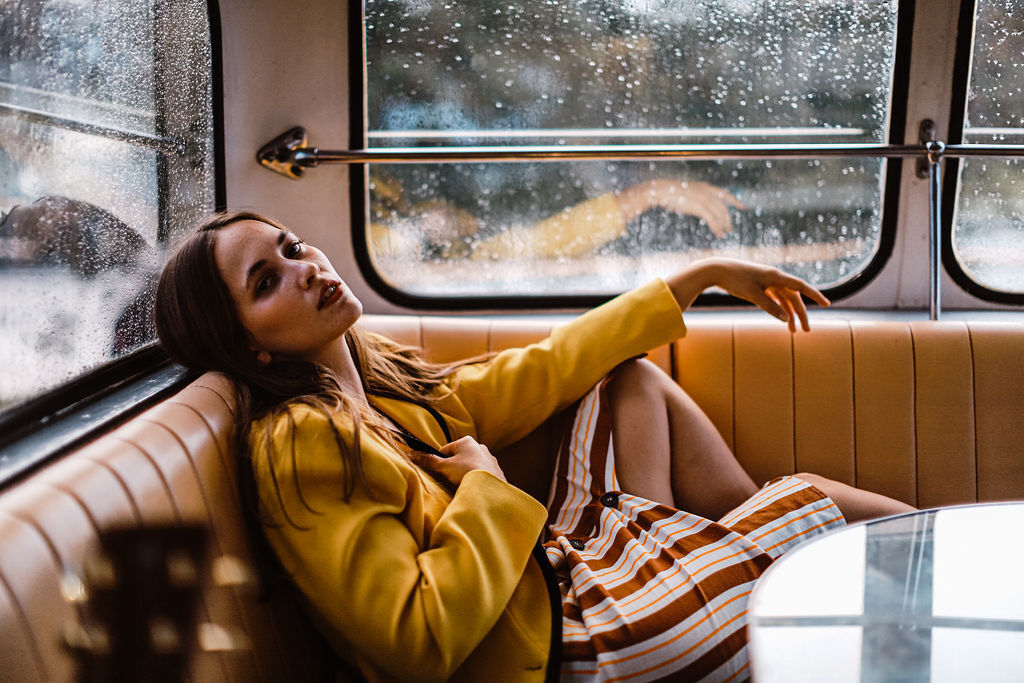 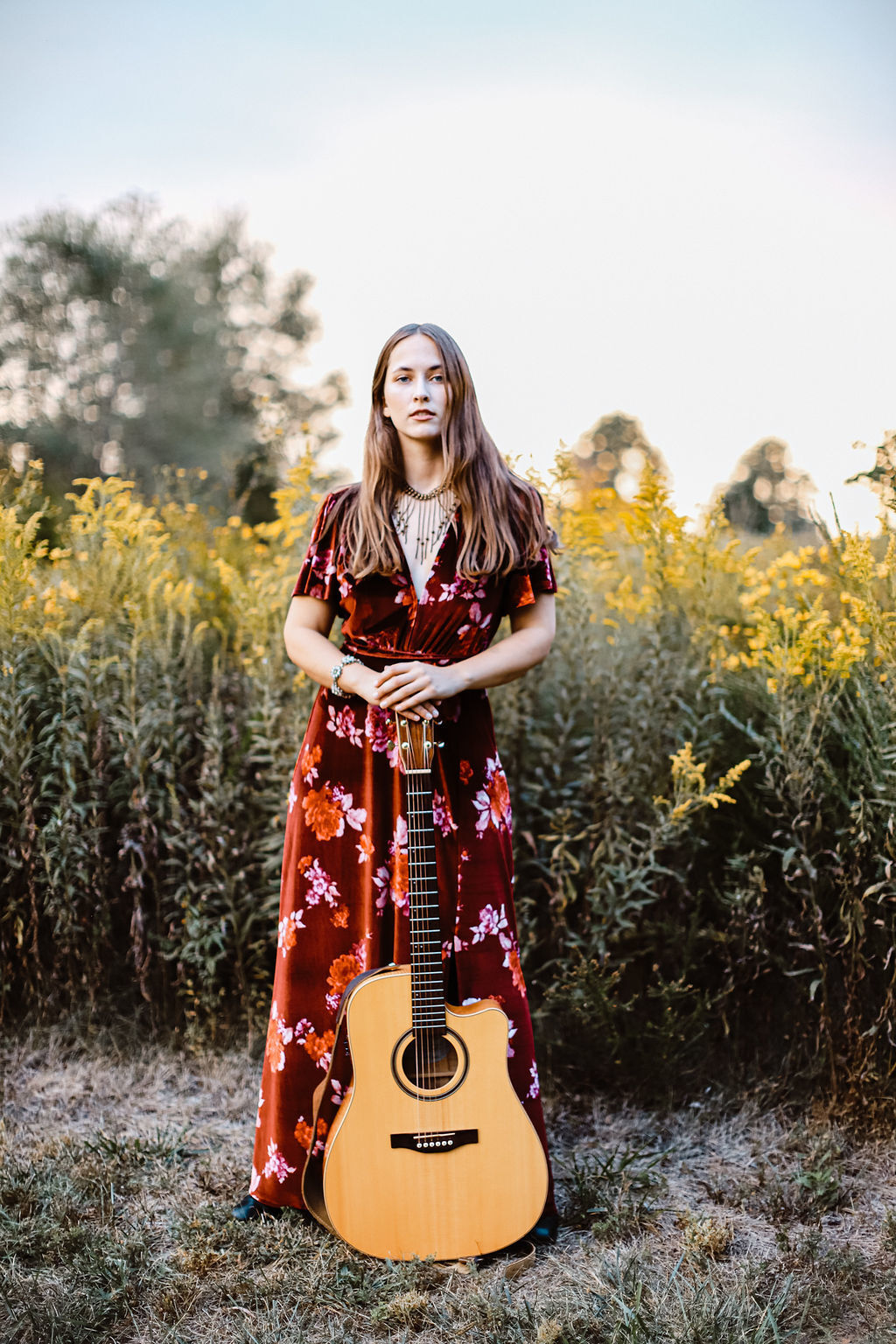 Remington recording artists Maddison Hicks, performing as Maddie Mae, has been playing guitar since she was 4. 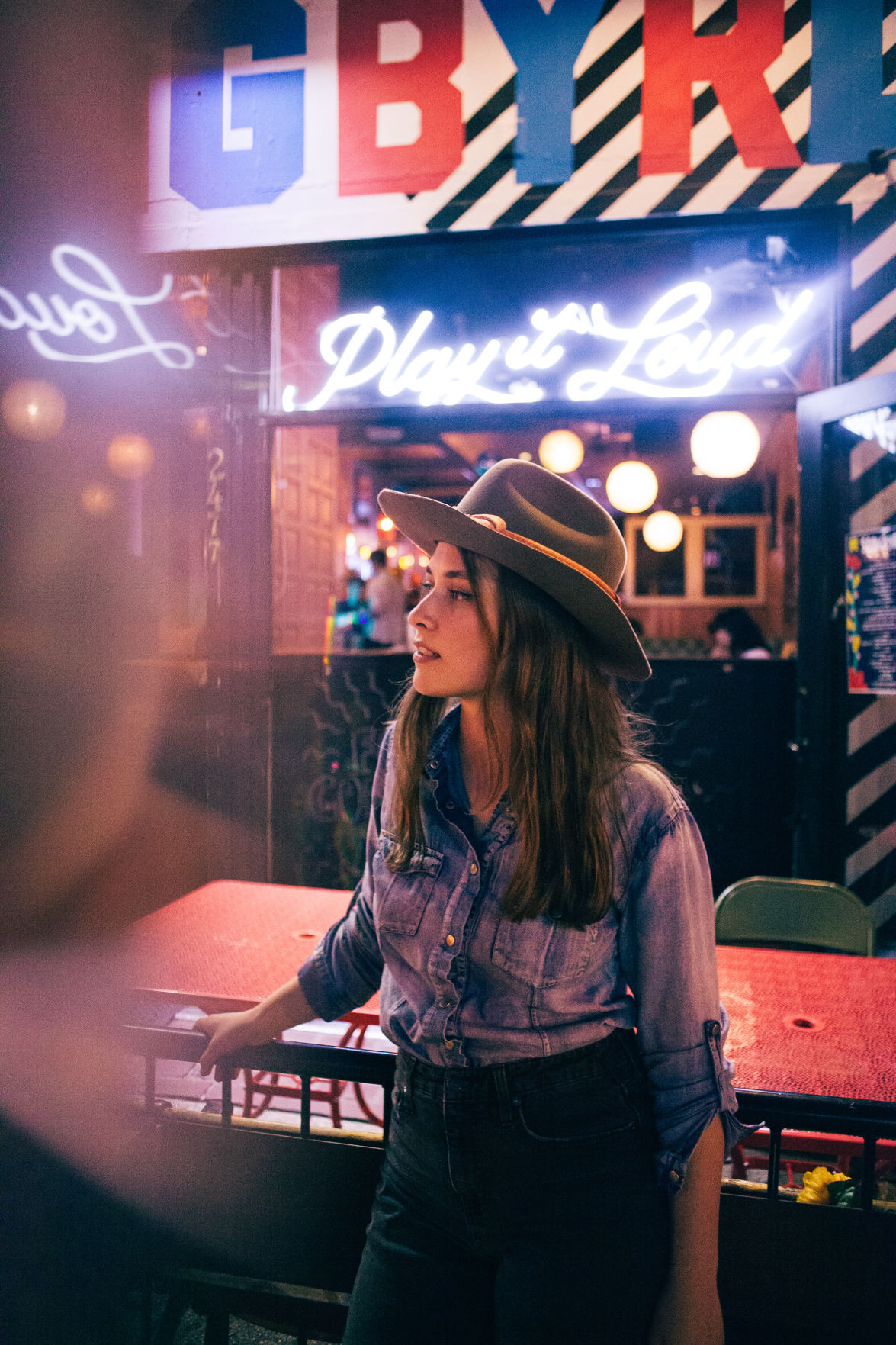 Remington recording artist Maddie Mae has performed some 400 shows the past six years at local wineries, breweries and restaurants.

A Remington indie folk rock musician shifted format to adapt, survive and even thrive creatively during the ongoing pandemic.

Performing locally and recording as Maddi Mae, the 28-year-old started playing guitar at age 4. She grew up in the small-town of Grottoes in the Shenandoah Valley where she performed country gospel music in church and studied with a private teacher.

Hicks said she struggled at home.

“I grew up old-fashioned under the authoritarian regime of a physically disabled evangelical father and a mentally unstable mother,” she said. “I learned to write music for church as a way to try to get my parents to love me.”

But Hicks felt unloved and said she grew up fast and hard with trauma that lasted into early adulthood. Songwriting helped her process it, she said: “But it’s different now because now I’m telling my stories from a place of contentment and confidence.”

Hicks lives in a house on a hill as part 300-acre farm through which runs the Rappahannock River. The rural environment, north of Elkwood, facilitates her craft.

“I’m happier with the wilderness around me,” she said. “Plus, I’m isolated enough to make music whenever I want without being bothered or bothering people.”

The place is full of life, Hicks added.

But that wasn’t the case as she prepared this past February to release the first single from her EP and “the whole country screeched to a cacophonous halt” due to COVID-19.

Five months passed without a gig for the young musician who had been playing regularly for the past six years, performing some 400 shows at area wineries, breweries and restaurants.

“Shows make up half of my income so that was a big hit,” Hicks said.

For nearly a decade, she has also offered music lessons and taught in private schools, an income stream that also went away. Releasing songwriting workshops online and advanced study options for her longtime students has helped with finances.

She resumed outdoor performances a few weeks ago.

“Major sigh of relief,” Hicks said. “It’s good to work my chops and commune with folks through music.”

The pandemic will stop her from flying out to the recording studio for the foreseeable future, she said, though she was able to work around that for her most recent release because “Quiet Corners” was already recorded and ready to go when the world stopped.

“These six songs are the fruit of big-time growth for me,” Hicks said. “The whole process of writing, recording, producing and releasing them has doubled as a process of replacing my doubts and fears with experience, confidence and hopefulness.”

She used to beat herself up for not releasing music because she felt didn’t have anything nice to say.

“I guess I wanted to invest in songs that reflected a more empowered, positive personal evolution,” Hicks said.

The new album is 23-and-a-half-minutes of “twangy indie folk that outlines my last year of life—a year of coming home to myself,” she said. One track, “Quiet Corners of Virginia,” expresses optimism in its infancy, Hicks said, while, “Little House,” tells of a spell that manifested her first real home in a decade.

“Sorry About Your Boyfriend” speaks to confidence and powerful boundary setting, the musician said, and in, “OK Highway,” gratitude is realized. Finally, “If You Wanna Stay,” offers self-reflection, self-acceptance and an invitation to take Hicks only as she is.

A silver lining of the songstress’ pandemic experience looks more like crepuscular rays to Hicks, she said of early success with previous recordings. Her first single, “Here Right Now,” has been streamed nearly 39,000 times since February and has been added to play lists such as Listen Local DC, The New Guard and The Ditty Dozen’s Americana.

Hicks’ other two singles have been streamed some 11,000 times each.

“The other sunbeams stem from using my time wisely: growing my professional skills, restructuring my workflow and writing,” she said. “The pandemic isn’t over yet, but I know I’ll come out of it more knowledgeable, skillful, productive and capable.”

Hicks has gotten attention for her sound.

Ear to Ground Music described her music as, “delicate, almost old-fashioned … like something you could have heard late one night in the early 60s bringing down the lights in a honky-tonk.” Two Story Melody said her vocals are “irresistible … delectable drawn-out crooning notes, a powerful breathiness and a crushingly emotional vibrato … (and) a subtle country twang.”

Music is air, Hicks said, and a necessary creative outlet, especially during a pandemic.

“The delicacy of sound is part of the reason I love it so much. Music heals and revives the soul so well because it’s made of the same stuff as our souls,” she said.

Remington recording artists Maddison Hicks, performing as Maddie Mae, has been playing guitar since she was 4.

Remington recording artist Maddie Mae has performed some 400 shows the past six years at local wineries, breweries and restaurants.