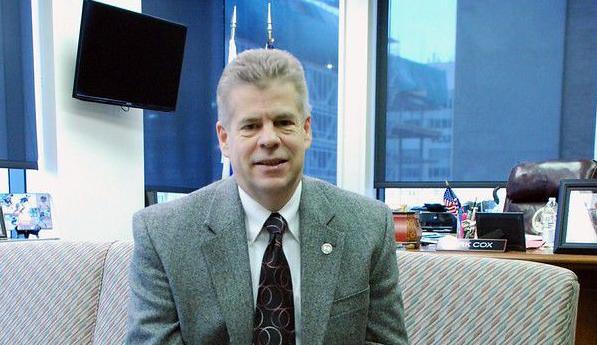 Former Virginia Speaker of the House Kirk Cox is seeking the Republican nomination to run for governor of Virginia. 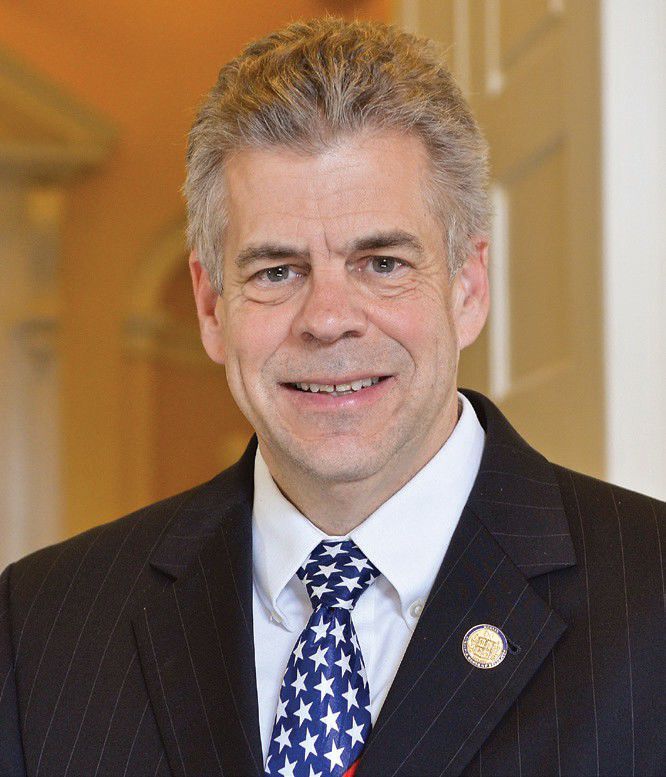 RICHMOND, Va.—Del. Kirk Cox, R-Colonial Heights, has his sights set on the Virginia executive mansion in November, but first he must beat six other candidates for the Republican nomination.

It’s the first time Cox, the former speaker of the house, is running for governor. Cox, 63, has served as a state delegate since 1990 and was elected as speaker of the house by a unanimous vote in 2018. He served one term in the position before Democrats took control of the Virginia General Assembly.

Cox said he wants to end the “one-party control” the Democratic party currently has in the legislature and the governor’s office. Virginians haven’t elected a Republican governor since 2009 when Bob McDonnell won the seat.

“There’s no question, I think Virginia doesn’t like one-party control, especially when the Democrats have done it,” Cox said. “They just overstepped in so many progressive areas. So, I think that that’s going to be huge for Republicans.”

Cox said he wants to focus on “getting Virginia back on track” after the pandemic. He wants to reimplement policies from when he was speaker, such as tax cuts and freezing tuition at Virginia colleges and universities. When Cox was speaker, he helped install a $1 billion tax cut in Virginia, which he said was the second largest in the state’s history.

Cox, a retired schoolteacher, wants to recuperate the learning loss that some children experienced while virtual learning during the coronavirus pandemic. He seeks to create tutoring programs in Virginia’s public schools for the rest of the 2021 school year and the summer.

“What it would do would be particularly focused on learning loss and remediating students in a one-on-one or small group tutoring,” Cox said. “I always found that to be the most effective as a teacher if you’re particularly trying to deal with kids that have lost three to six months.”

The state would have to gather an “army of educators” composed of retired teachers and substitute teachers. He’s willing to teach children in the program, he said.

Cox said he would create the Partnership for a Safe Virginia, a coalition to advocate for law enforcement. Law enforcement would also get a pay boost in a Cox administration, he said. He wants to prioritize the starting pay of state police and sheriff deputies and address compensation issues for law enforcement officers. Higher ranking and veteran police officers make similar amounts of money to those just joining the force, Cox said.

“I want to make sure we’re attracting the best men and women to be in law enforcement,” Cox said. “I think the pay issue is going to be a really big issue.”

Cox said he will dedicate $50 million for starting pay to law enforcement.

Stephen Farnsworth, director of the Center for Leadership and Media Studies at the University of Mary Washington in Fredericksburg, called Cox the “strongest general election candidate for the Republicans,” but he added that Cox might not get to the November election.

That could be the residual influence of former President Donald Trump.

“The challenge that the former speaker faces is the concern in some corners that he isn’t pro-Trump enough—that he isn’t conservative enough,” Farnsworth said. “For a growing number of Republicans, the definition of conservatism is: ‘Were you willing to overturn the Electoral College?’— which doesn’t sound very conservative to me.”

The Republican party is using a convention to select its nominee for governor, unlike the Democratic party, which is using a primary. The convention is slated for May 8.

In a February poll conducted by Christopher Newport University’s Wason Center, Chase led the Republican candidates with 17% of voters, Cox was second with 10% of the vote, followed by Snyder with 6%. The poll found that 55% of Republican voters were undecided.

Youngkin outraised Snyder and Cox in the first quarter, bringing in more than $2.4 million, according to finance report data collected by the Virginia Public Access Project. Snyder logged more than $1.3 million in fundraising and Cox trailed in third with more than $376,000 in the same period. General Assembly members cannot fundraise until the session adjourns.

Cox won the 2019 election, retaining his seat in the House by a narrow 4.7% margin against Democratic candidate Sheila Bynum-Coleman.

“I am from the bluest Republican district in the state,” said Cox, whose district includes Richmond, Colonial Heights and Chesterfield County. “I think I’ve shown that I can win in a really tough district, which I think is extremely important.”

‘Kirk has the ability to bring people together across the aisle’

Cox’s background as a teacher was pivotal when he worked with Del. Carrie Coyner, R-Chesterfield, during her first term on the Chesterfield County School Board, Coyner said. Cox was a delegate and still teaching at the time.

“Him being able to share with me his perspective as a public schoolteacher in the school system that I was on the school board for was instrumental,” Coyner said. “And then his ability to take that perspective and go and advocate the state level for real changes that would benefit teachers and students in the classroom is huge.”

Coyner, who just finished her first term at the Virginia State Capitol, said Cox guided her during the election process since part of her district used to be his before lines were redrawn during redistricting.

“They felt confident because he was supporting me that they would have someone who would lead with integrity and honesty and love for their community,” Coyner said. “He made it where it was definitely easier to run, having him be so supportive.”

Cox mentored Coyner during her first term as a delegate, she said. He’d stop what he was doing and talk with her when she needed advice, Coyner said.

Coyner leads Women for Kirk, a coalition of women that support Cox’s candidacy for governor. She took an approach she used during her run for delegate and implemented it with Cox’s campaign.

“I had 100 women who were sort of my backbone group for my campaign, and I brought that same philosophy to help Kirk,” Coyner said.

Coyner thinks Cox will work with Republicans and Democrats in the General Assembly.

Capital News Service is a program of Virginia Commonwealth University’s Robertson School of Media and Culture. Students in the program provide state government coverage for a variety of media outlets in Virginia.

Former Virginia Speaker of the House Kirk Cox is seeking the Republican nomination to run for governor of Virginia.