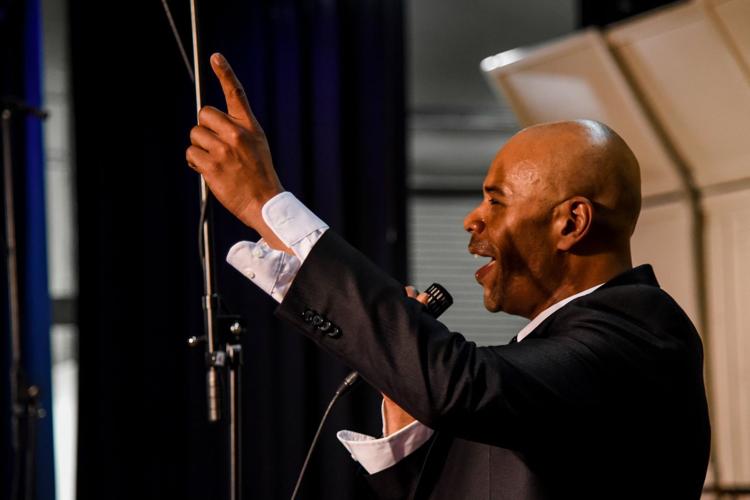 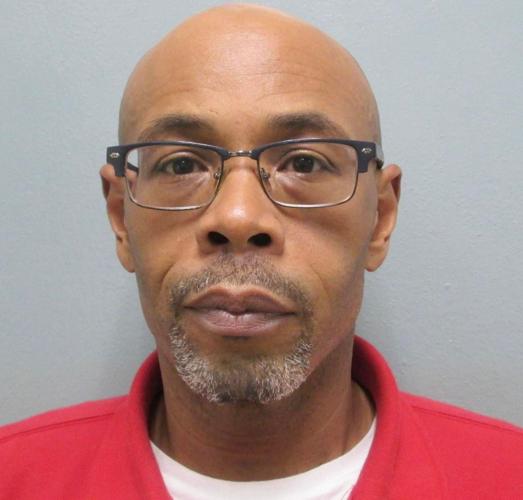 A well-known Culpeper church choir instructor and former public schools employee will continue to be held in jail without bond eligibility in a sexting investigation involving a 16-year-old male.

Craig Alexander “Alex” Smith, 47, appeared for a video conference Tuesday in Culpeper Juvenile & Relations Court to seek release on felony charges of using a computer to solicit nude photos from a minor and taking indecent liberties with a child.

Substitute 16th Circuit JDR Judge Gil Berger denied Harper’s motion for bond in the case due to the nature of the charges involving children, according to a court official.

The alleged crimes occurred June 21, 2022, involving a Culpeper County High School student. Smith was a special education paraprofessional at CCHS in a collaborative setting during the 2021-22 school year.

He did not direct any choir classes for CCPS, division spokeswoman Laura Hoover said.

Smith was slated to become a long-term substitute for CCHS choir in the 2022-23 school year, starting Aug. 10, but is no longer employed with the school division.

He was also choir director and worship leader at Culpeper Baptist Church and director of the regional Blue Ridge Chorale.

Berger, in an order after the hearing, revoked a $2,000 secured bond set July 12 by a magistrate when Smith was first arrested on the charges.

Berger continued the case for a preliminary hearing Sept. 23 in Culpeper JDR Court.

Harper immediately appealed the bond denial to Circuit Court. That appeal will be heard at 1 p.m. Aug. 8 in Judge Dale Durrer’s courtroom.

Harper did not immediately respond to an email seeking comment on Smith’s behalf.

A preliminary hearing in the case could be delayed until October as prosecutors await forensics results from Smith’s cell phone and iPad, according to the court official.

The case against Smith surfaced after a local mother reported her 16-year-old son was given a phone as well as rides home from work from a teacher.

The mother told authorities she felt the teacher might be grooming the teen for sex, according to the Culpeper County Sheriff’s Office.

When questioned by police, Smith admitted he asked the teen for photos of his genitalia.

The mother of a 2-year-old girl found dead in an Oceanfront hotel room this week was arraigned Wednesday on a felony child abuse charge. Leandra Andrade, 38, of Washington, arrived Tuesday at the Virginia Beach city jail, shortly after her release from a hospital. She’s being held without bond. Her arraignment was held in Virginia Beach Juvenile and Domestic Relations District Court. A bond ...

To curtail smuggling of drugs and weapons into county jail, Culpeper supervisors OK $237,500 for device that screens inside the human body and beneath clothes. American Rescue Plan to pay for it.

Culpeper educators were schooled on their own turf Friday by a bunch of locals who gave them the business.

The former chief of a Stafford County volunteer fire department was indicted this week on four felony charges, three of which carry potential …

The girl had been restrained to bed posts for about a week, according to a criminal complaint. She chewed off her restraints and escaped.

Spotsylvania man charged after someone found dead in burned house

160th anniversary of Battle of Cedar Mountain this weekend

The driver of the Chevrolet Silverado, James B. Nichols Jr., 45, died at the scene on Madison Run Road due to his injuries.

Survey: Gen Z and Millennial drivers have a complicated relationship with their cars

Survey: Gen Z and Millennial drivers have a complicated relationship with their cars