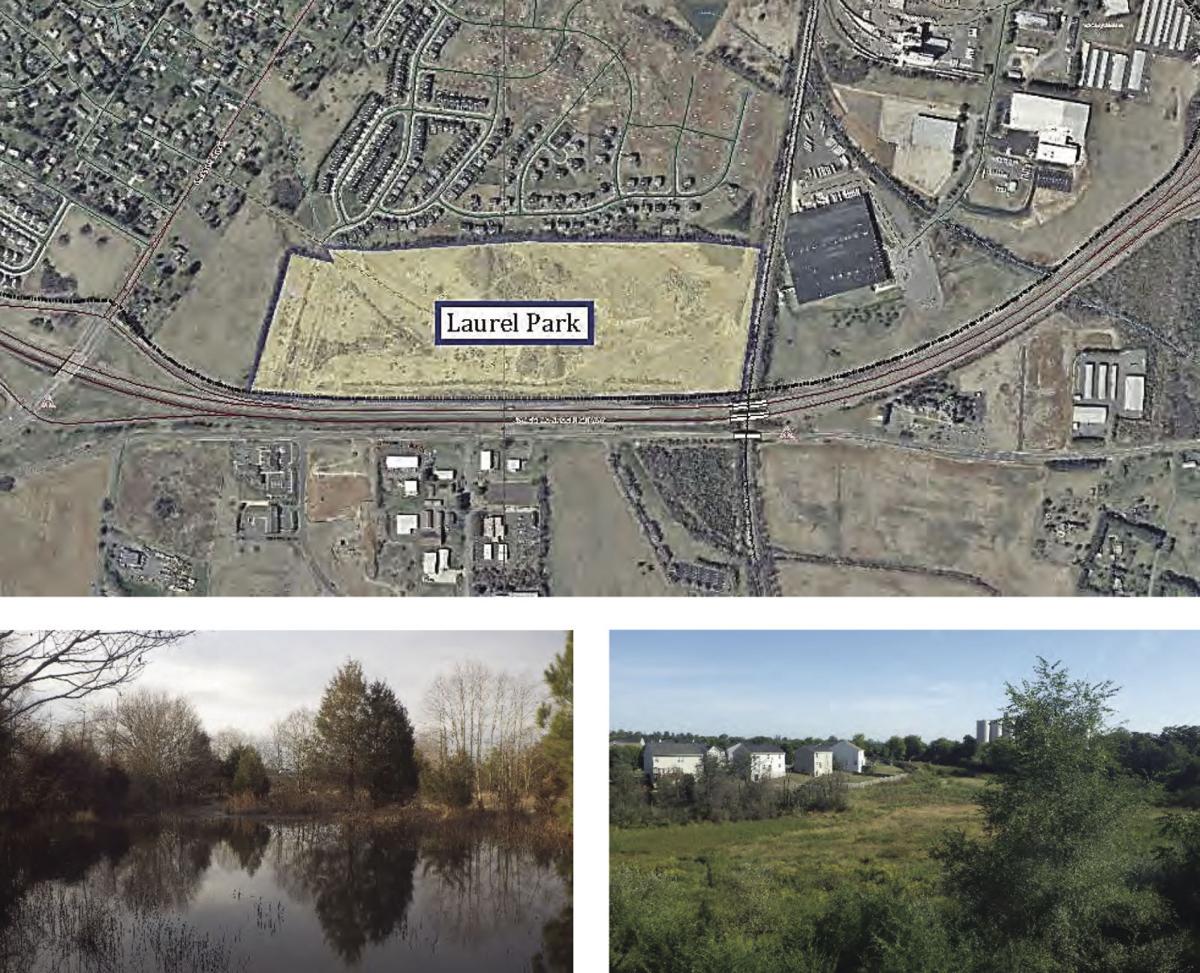 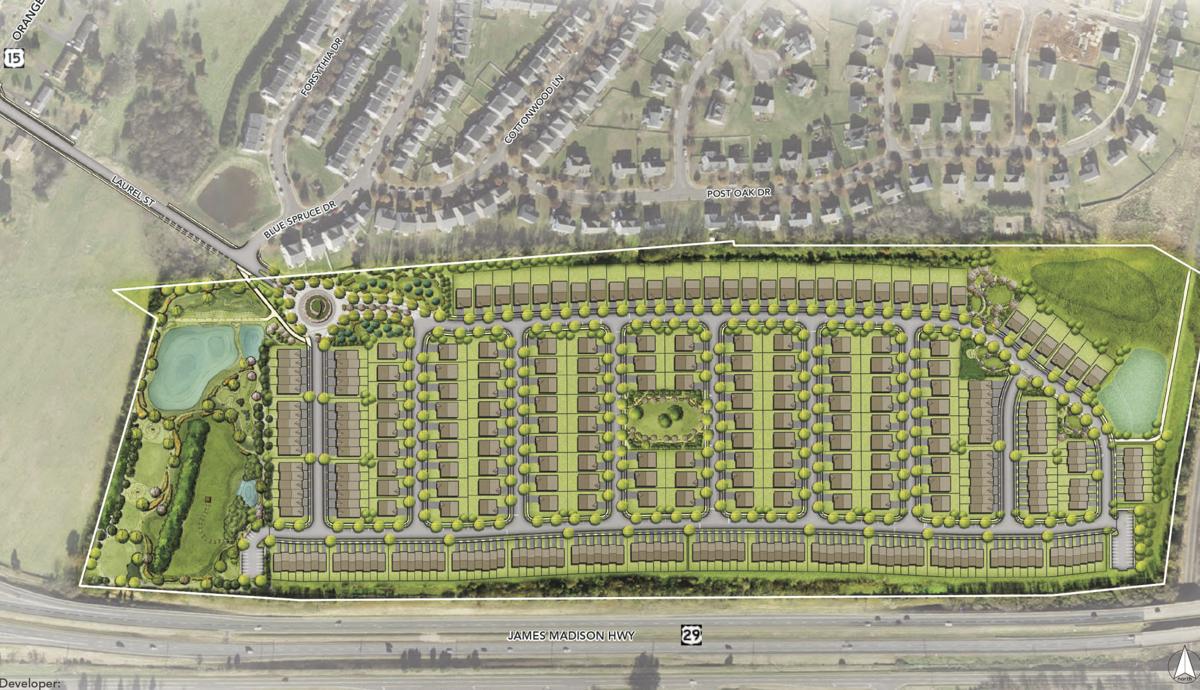 Laurel Park is a proposed 310-unit development on 60 acres adjacent to Highpoint subdivision, off of Orange Road and bounded by U.S. Route 29 in the town of Culpeper.

A proposed 175 townhomes is part of a 310-unit housing development, Laurel Park, in the town of Culpeper. The proposed development would be located immediately south of Highpoint along Route 29, off Orange Road. 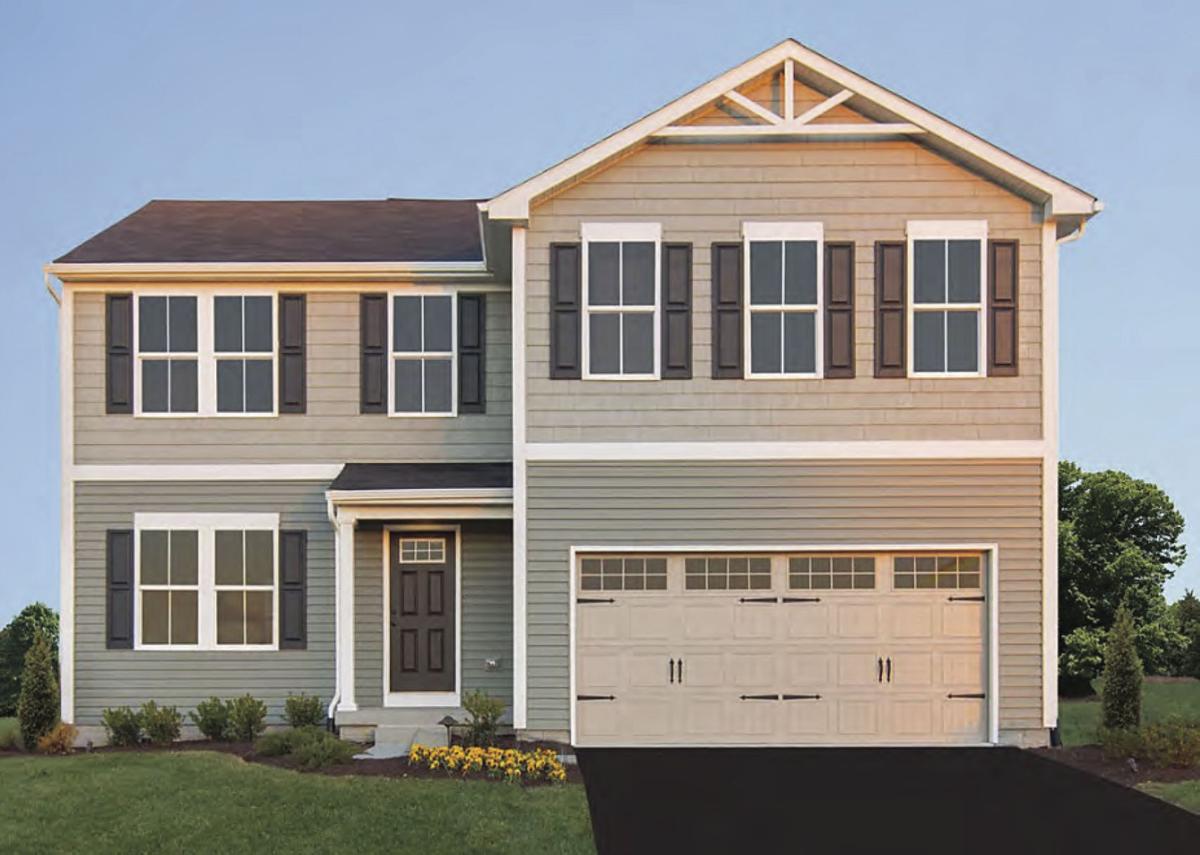 Example of one of the estimated 135 single family homes in the planned 310-unit Laurel Park housing development on 60 acres adjoining Highpoint on Orange Road in the town of Culpeper.

Culpeper Town Council recently postponed action on a density-intense land rezoning request for a 310-unit housing development, Laurel Park, on the town’s south side, near the highway junction.

The local governing body felt the project needed a closer look for its impacts on schools as well perceived focus away from existing needs in Culpeper neighborhoods.

Middleburg developer James Treptow is seeking the zoning change from its current land designation, Residential Estates, which according to the town code, is comprised of only low-density residences, one acre or more, with streets frequently private in nature, little external traffic and agricultural uses to enhance open areas. Per the current zoning, 60 houses could be built.

Laurel Park is five times that, and if rezoned would be the compacted Planned Unit Development or PUD designation. The property is located off Laurel Street, extended east of Orange Road. The Culpeper Town Planning Commission unanimously recommended approval of the project last month.

The developer intends to widen and improve Laurel Street with curb, gutter and sidewalks and it will be the primary access for residents of the development’s 135 single family homes and 175 attached townhomes. A traffic circle inside the development would be a gateway. Parks, a community green and trails are part of the plan.

Proposed screening from Route 29 includes a berm with evergreen trees to reduce noise and improve aesthetics from the highway looking towards the development.

Ample parking was a major concern with the project for Councilman Jon Russell, who called adjoining Highpoint, “A tragic circus of parking.”

The councilman, who lives on the other side of town, mentioned a recent meeting with a Highpoint resident crying about her neighbor’s trailers left on the street, attracting rats to the piles of garbage it holds.

“It’s a wreck,” he said, adding some families have up to six cars. “There’s no place to park.”

Most people don’t use their storage-packed garages, Brown said, noting he’s seen a pontoon parked in Highpoint and that there’s no enforcement.

The town’s new Planning Director Ben Holt said the project would be market-driven, built in three or four phases.

Demand for housing built in recent years in adjoining Highpoint has been high, with units by Richmond American and Ryan Homes selling out quickly, according to documents in the 116-page application Treptow submitted.

He said the homes in Laurel Park would be of a similar style. Low-end units would start at $255,000. A builder had not yet been identified for this next phase, according to Holt.

An extensive traffic study included in the application notes the most impact at the evening rush hour, causing possible back-up on Orange Road for cars turning left onto Laurel Street.

The town would get a cash payment of $7,400 per home as each building permit is issued, primarily to offset costs to the public schools from new children in the development. At full build out, of the estimated total cash proffer of quarter-million dollars, around $573,000 would go Culpeper County Public Schools.

An estimated 200 children total will live in Laurel Park at build-out, according to the developer. Councilwoman Taylor said she disagreed with that estimate for 310 housing units. She noted the school board figures two children per each new house.

Especially these days with extended family and friends living together to make ends meet, the houses will be occupied by more than just 200 children, Taylor said.

The Town of Culpeper Comprehensive Plan shows the parcel in question as mixed use/commercial. The proposal would provide residential use, but does not include commercial use.

However, staff wrote in its report that potential areas for commercial redevelopment would be better suited to frontage along the Orange Road corridor, just west of the subject property.

Town Councilman Keith Price voiced his support for the project at last month’s meeting saying, “The housing market is red hot right now. People want to move out here.” He said Laurel Park developers “went far beyond what we see from other applicants.”

Treptow, the developer, said the area allows a maximum of 24 residential units per acre and that his project would be compatible with Highpoint with units priced “relatively affordable.” He said the project would be good for neighbors versus multi-story apartment buildings.

Highpoint is a popular and successful area where people want to live, Treptow said. Laurel Park is the first project seeking a rezoning in a very long time, he said. Like in Highpoint, the project will likely attract empty nesters without children, Treptow said in downplaying school impacts.

Councilman Russell said he was a no vote on the rezoning request.

“There’s a lot to this. This is a big deal with long-lasting impacts,” he said. “We need to deal with the parking issues.”

Five citizens spoke against the project as well during the public hearing. The theme among speakers was: fix up blighted areas in Culpeper first before adding new housing developments.

“You’re forgetting about the people who have been here for generations,” Alexander Valle told town council. “You’re not investing in those communities.”

Valle last month announced his candidacy for Town Council in 2021.

“We do not need more housing,” he said. “I see a very crammed-in development.”

April Quinn said the development would put too much strain on traffic in the area and the schools.

“I think it will be way too much for Culpeper,” she said. “The burden will be on the teachers and children.”

She and Russell both agreed Laurel Park was a “nice” development. But Clancey noted the 45 percent of Culpeper schoolchildren receiving free and reduced lunch due to low income: “It overlooks the need of our people.”

The developer said Culpeper is a very desirable place where people want to live.

“We’re producing a product—lots for homes that people live in and live their lives,” said Treptow. “We need places for people who want to come here to live. There’s not new housing—where are these folks going to go?”

The developer said he hoped to do more projects in Culpeper and maybe in the future could help improve existing old town. Treptow said it was fine if the rezoning request was sent back to committee.

US shippers are ready to transport virus vaccine

US shippers are ready to transport virus vaccine

Laurel Park is a proposed 310-unit development on 60 acres adjacent to Highpoint subdivision, off of Orange Road and bounded by U.S. Route 29 in the town of Culpeper.

A proposed 175 townhomes is part of a 310-unit housing development, Laurel Park, in the town of Culpeper. The proposed development would be located immediately south of Highpoint along Route 29, off Orange Road.

Example of one of the estimated 135 single family homes in the planned 310-unit Laurel Park housing development on 60 acres adjoining Highpoint on Orange Road in the town of Culpeper.