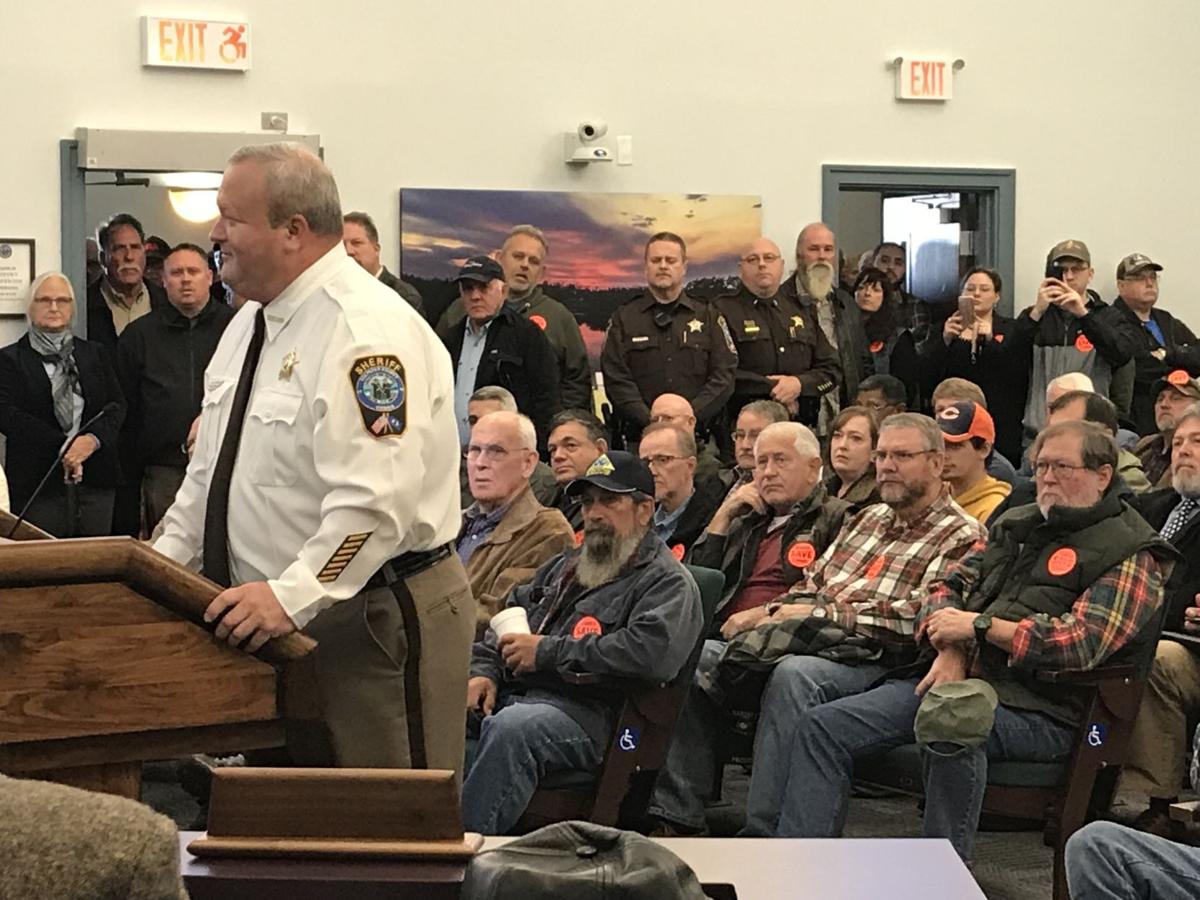 Culpeper County Sheriff Scott Jenkins speaks in December in support of a Second Amendment resolution. Jenkins has renewed his vow to recruit and swear in thousands of reserve deputies to protect their gun rights in the face of pending gun restrictions in the 2021 General Assembly session. 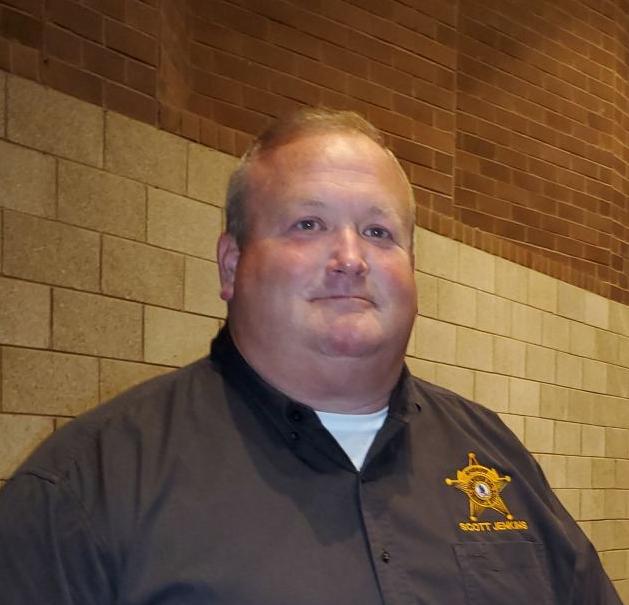 Sheriff Scott Jenkins prepares to speak about the Second Ammendment at a Culpeper County Board of Supervisors meeting earlier in July.

Culpeper Sheriff Scott Jenkins is advancing his vow from last year to swear in scores of auxiliary deputies to protect their gun rights in the face of potential new gun restrictions pending at the state level.

The county’s elected lawman is accepting applications through Sept. 30 for “volunteer background investigators” to screen any future reserve deputies, according to a post Monday at the Sheriff's Office's Facebook page.

The volunteer investigators must be current sworn, retired or former law enforcement officers able to perform background investigations and vet any forthcoming applicants, the post stated.

The sheriff plans to recruit the volunteer deputies, “In preparation for the potential passage of unconstitutional gun restrictions that ban the ownership of ‘assault weapons’ and high capacity ‘magazines’ in the 2021 Virginia General Assembly session,” it said.

Sworn-in law enforcement officers would presumably be immune from any new gun restrictions.

Via Facebook, the sheriff said he is not accepting applications for the volunteer deputies he plans to amass, only for the background investigators to screen them after the outcome of next winter's Virginia General Assembly session.

“We appreciate the many thousands of commitments already received from across Virginia to serve. Please continue to monitor our Facebook page and website for information about when those applications will be accepted,” the sheriff wrote.

In December, Jenkins spoke before a packed room of gun-rights supporters, and others, at the Culpeper County Board of Supervisors meeting in support of resolution declaring the locality a “Second Amendment Constitutional County.” The supervisors unanimously adopted the resolution, which more than 100 other Virginia counties and cities adopted as part of the Republican-backed nationwide effort.

The sheriff last year called gun ownership “a God-given right.” He said if the state legislature restricts certain weapons and ammunition, he would “swear in thousands of auxiliary deputies in Culpeper.”

Jenkins said many county residents hold concealed-carry permits, including for guns with large-capacity ammunition magazines as are commonly used in school shootings with mass casualties. A ban on such weapons failed in this year’s legislative session but will likely be introduced next year.

Jenkins spoke before the Culpeper County Board of Supervisors again on the issue at its July 7 meeting.

“I encourage the Culpeper Board of Supervisors and all Virginia localities supporting the Second Amendment to send a clear message to Richmond in the form of resolutions declaring that they will not exercise local authority under Virginia Code 15.2-915(E),” Jenkins said of the code section limiting local authority over firearms.

The code section states: “No locality shall adopt or enforce any ordinance, resolution, or motion … and no agent of such locality shall take any administrative action, governing the purchase, possession, transfer, ownership, carrying, storage, or transporting of firearms, ammunition, or components or combination thereof other than those expressly authorized by statute.”

“The governor is calling a special session of the general assembly and further gun control will be a focus. Citizens should contact local and state representatives to have their voices heard,” Jenkins stated.

He went on, during the recent Board of Supervisors meeting: “I’ll say again, if the previous bill, or similar legislation, to ban so-called assault weapons and high capacity magazines is passed, I will swear in thousands of Reserve Deputy Sheriffs in Culpeper. My authority is not limited to swearing in only residents of Culpeper County and I intend to exercise my authority fully within my discretion to do so.”

Culpeper County Democratic Committee Chairman Jim Restel said on Tuesday that he'd heard about Jenkins’ attempts “to establish some sort of vetting process” prior to deputizing thousands of civilians.

Speaking for himself, Restel said, “That effort smacks of desperation” and “His path is fraught with pitfalls”—one being financial.

“I would challenge him to say where the money is coming from for his quest,” Restel said. Although volunteers are being sought, National Agency Check background checks cost money, the local party chairman said.

“The insurance risks for his stunt will be a non-starter,” Restel added. “Thousands of deputies would have to be insured by the county, unless he is going to make up a class of deputies. Again, personally, I think what Sheriff Jenkins is trying to do is a fool’s errand.”

The courts and legislature “will stop his nonsense,” he said.

The Sheriff's Office volunteer deputy program will not incur any cost to the taxpayer, a spokesman, Lt. Les Tyler, said Tuesday in an email to the Star-Exponent. All costs for background checks, identification cards and associated expenses will be paid by the volunteer deputies and donations, Tyler said.

Since December, Jenkins further stated on Tuesday night, his office has received interest in donations and volunteering from thousands of people across the state and nation.

“These thousands of new deputies will volunteer at least 100 hours annually in service to Culpeper,” the sheriff said in a statement to the Star-Exponent.

Jenkins said those services would not be limited just to his office, but could also assist with projects and fundraisers at local volunteer fire and rescue companies hit hard financially by the ongoing pandemic.

Culpeper County Sheriff Scott Jenkins speaks in December in support of a Second Amendment resolution. Jenkins has renewed his vow to recruit and swear in thousands of reserve deputies to protect their gun rights in the face of pending gun restrictions in the 2021 General Assembly session.

Sheriff Scott Jenkins prepares to speak about the Second Ammendment at a Culpeper County Board of Supervisors meeting earlier in July.