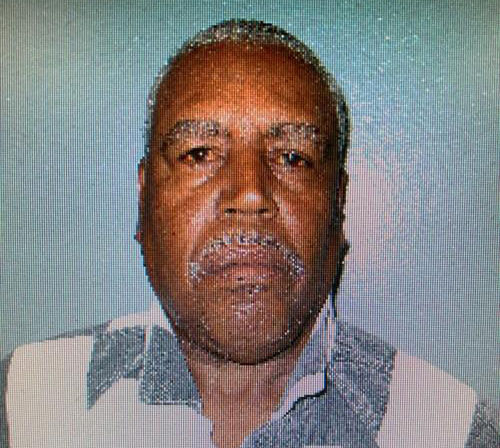 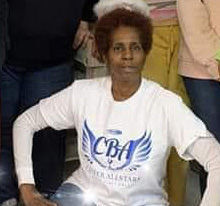 A grand jury on Monday indicted a Culpeper man on charges of first degree murder and malicious wounding in last year’s shooting death of a local cheer mom during a cookout.

Leroy Chandler, 67, of Culpeper is accused of killing his next-door neighbor, 56-year-old Torri Kim Robinson, following an argument Chandler had with her brother on Sept. 19, 2020 about politics and Donald Trump, according to court documents.

Chandler meant to shoot Douglas Robinson, according to a transcript of the Aug. 30 preliminary hearing. He instead fatally shot Torri Robinson, who had stepped in between them to break up the fight.

Prosecutor Travis Owens represented the commonwealth at the hearing in August in Culpeper General District Court.

Orange defense attorney Amy Harper is court-appointed counsel for Chandler. The defendant will be arraigned Nov. 29.

In opening remarks at the preliminary hearing, Owens stated Chandler was hosting a cookout at his home on Vantage Place in the town of Culpeper, next door to Torri Robinson’s house, on the Saturday of the deadly encounter. People were drinking alcohol at the party and statements were made regarding the defendant’s intelligence, the prosecutor said.

Chandler, as a result, went inside his house and retrieved a handgun he kept under his mattress, Owens said. He came back outside and fired the gun a single time, striking the victim in her chest.

The bullet passed through her and struck another man at the cookout in the arm, resulting in the malicious wounding charge.

“Torri Robinson was his friend, as well as family members that were there,” the prosecutor said. “She got in the middle of an argument between them.”

Harper, in her opening statement, said Chandler should be charged with second degree murder because there was no premeditation.

Douglas Robinson testified during the preliminary hearing, saying he observed the defendant consume a lot of alcohol on that day, a mixture of beer and liquor. Douglas Robinson, Chandler and two others at the party were discussing politics “and he seemed to think he knew more than everybody (else),” Robinson testified. “We had words. I think his feelings got hurt.”

Douglas Robinson testified the defendant stated he was going to go inside of his house, get his gun and “blow your (expletive deleted) head off.” Robinson said Chandler came right back outside and put the gun to his head.

The defendant “then stepped back and discharged the firearm,” Douglas Robinson testified. The bullet struck the other man in the arm and “must have ricocheted from the table,” he added. “It hit my sister.”

Douglas Robinson stated, “It was stupid…It was unnecessary. It was a cowardly reason. He should have never went and got that gun.”

Robinson testified he had consumed four or five alcoholic drinks “but was in my right mind” during the party, and that his sister did not drink.

“I seen my sister fall to the ground so I went over there and tried to help her, but it was too late,” Douglas Robinson said.

Torri Robinson died at the scene.

On cross examination, Harper stated, “You all were arguing about Donald Trump—is that correct? Called him illiterate, stupid, you don’t know anything.”

Robinson testified he had lived in the basement of his sister’s townhouse for 15 years, next door to Chandler. Harper said Torri and the defendant were good friends, had coffee together every morning.

Culpeper Police Detective Curtis Pittman, lead investigator on the case, testified the bullet was intended for Douglas Robinson. He confirmed the argument that led to the fatal shooting concerned then-president Trump.

Pittman said the defendant “had been hounded all day about not being the most intelligent individual.” Chandler told police he had a decent relationship with Torri Robinson, no issues with her, but that he had had enough of the harassment, “People calling him dumb,” the detective testified at the preliminary hearing.

The conversation about politics “took him over the edge,” Pittman said.

Harper, in asking Judge Charles Foley to amend the charge to second degree murder, said the argument was between Chandler and the victim’s brother.

“This was an accident, a very horrible accident that occurred,” the defense attorney said.

The prosecutor said it is first degree murder, “a case of transferred intent.”

“The defendant was in essence tired of it, went inside and grabbed the firearm and it’s unfortunate Ms. Robinson was in the middle,” Owens said.

Chandler did not intend to shoot her, the prosecutor said, “but he did have the intent to shoot people behind her.”

The judge certified the original charges for which Chandler was indicted earlier this week.

General District Court Judge Theresa Carter previously issued an order of disqualification in presiding over the preliminary hearing because her daughter was a member of the defendant’s church and was in contact with the victim’s sister.

A native of Brooklyn, N.Y., Torri Robinson was a local cheer coach who left behind a school-age daughter.

Watch Now: Should my kid get the COVID vaccine?

Frank Reaves Jr., who attended the region's segregated high school, focuses on unity, not differences as he prepares to assume historic post in colonial town.