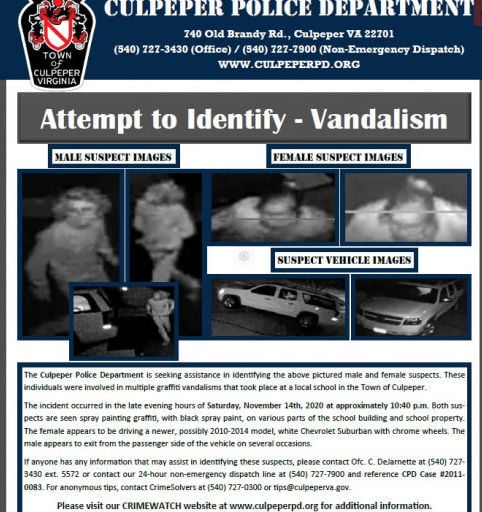 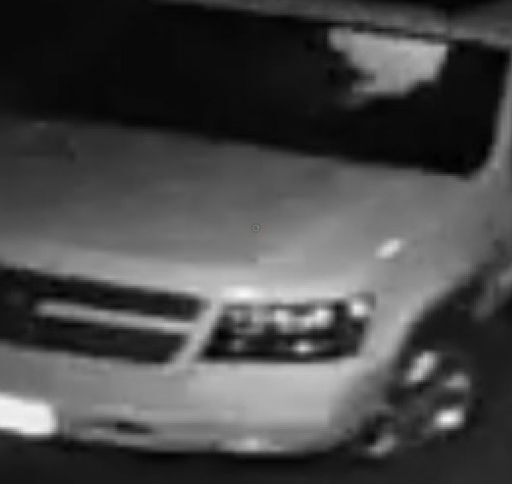 The female suspect in a Saturday night vandalism incident at a Culpeper private school is believed to be driving a newer Chevy Suburban. 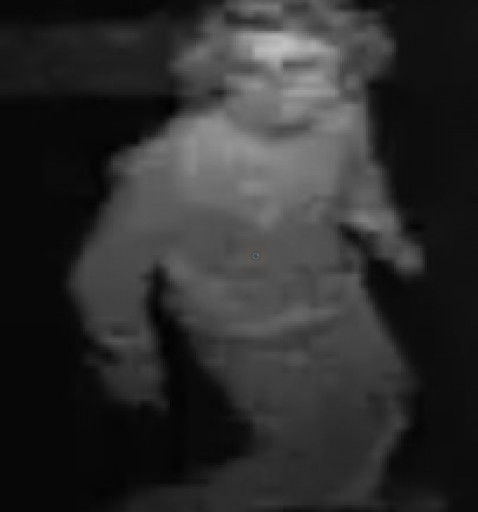 Surveillance photo of a masked male suspect wanted in a Saturday night vandalism at a Culpeper private school.

The Culpeper Police Department is seeking the public’s help to identify a man and woman suspected in the Saturday night vandalism of a private school in town.

The reported incident occurred around 10:40 p.m. on Nov. 14 when both suspects were seen using black spray paint to graffiti various parts of the school building and property, according to a news release from the PD.

The woman appeared to be driving a newer, possibly 2010-2014 Chevrolet Suburban with chrome wheels.

The man appeared to exit several times from the passenger side of the vehicle.

The female suspect in a Saturday night vandalism incident at a Culpeper private school is believed to be driving a newer Chevy Suburban.

Surveillance photo of a masked male suspect wanted in a Saturday night vandalism at a Culpeper private school.