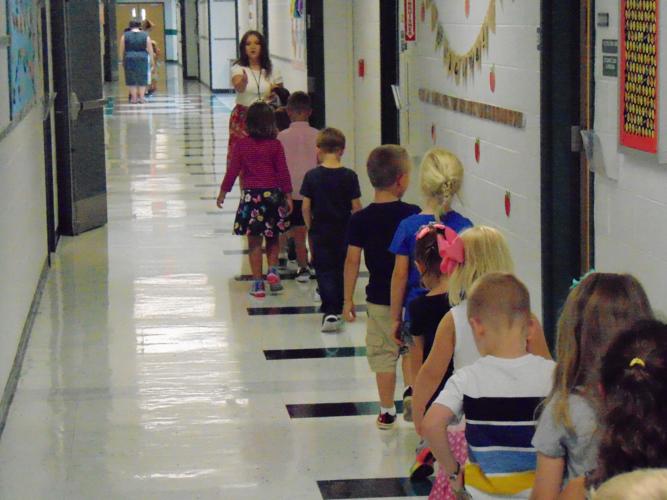 Kindergarten students follow their teacher on the first day of classes at Emerald Hill Elementary School in 2018. 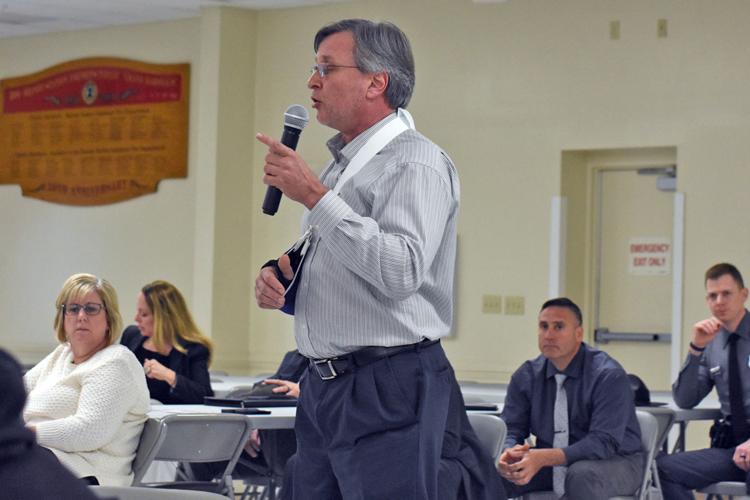 Russell Houck, executive director of student services for Culpeper County Public Schools, speaks during a meeting at Brandy Station in 2019. 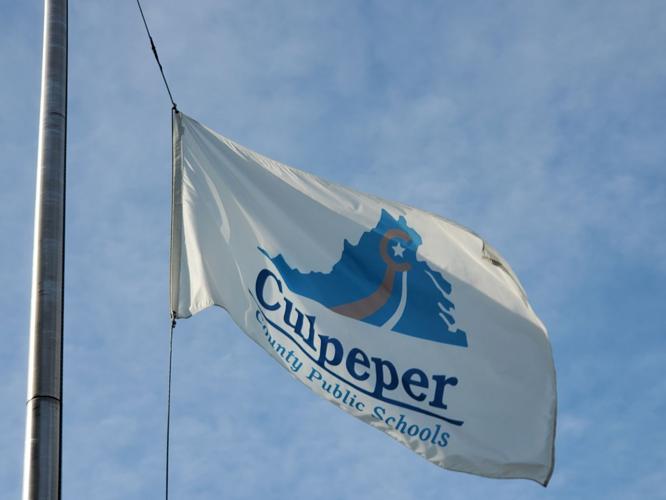 Local schools are “reasonably prepared” when it comes to such threats, including having secure vestibules at the front entrance to all six elementary, two middle and three high schools, said Dr. Russell Houck, executive director of student services, in a phone call.

Culpeper public schools are also served by a mixture of on-site school resource officers from the Culpeper County Sheriff’s Office and security officers employed by the school.

Deputies in the schools are armed and so are security officers who worked previously in law enforcement. The main purpose behind increasing their presence Wednesday was bolstering “psychological safety,” Houck said.

“The odds of an incident today in our schools are very low. There’s 100,000 schools in this country and unfortunately that one got attacked,” he said of the estimated 19 students and two teachers killed at Robb Elementary School on Tuesday.

“But certainly we want psychological safety for our students, staff, visitors and our parents and real safety. Armed personnel give us that.”

CCPS was among the first divisions in Virginia in 2018 to arm its school security officers, Houck said, after 17 people were killed in a school shooting in Parkland, Fla. It was also the year that entrances at Culpeper schools were outfitted with break resistance glass.

“What we try to do is not overreact to a perceived threat, because that’s not good for us emotionally. We must try to get our response appropriate to the perceived threat. That’s something I’ve been doing since I’ve had this job 15 years now,” Houck said.

Cautioning against giving the public a false sense of security, he said break resistance windows would not stop someone with a high capacity weapon determined on entering a school.

“Would it slow someone down? Absolutely.” Houck said. “Give time for law enforcement to respond.”

The slowing down is part of the response, added school spokeswoman Laura Hoover, a former principal, in the phone call.

“To make it more difficult to get to our staff and kids,” Houck added.

CCPS personnel have been doing security trainings with CCSO since 2013, he said, mentioning the year after 27 people were killed in a school shooting at Sandy Hook Elementary in Newtown, Conn.

It was also in 2013 the county approved funding for the secure vestibules.

“That means someone has to be buzzed in who approaches the main entrance. All other doors are expected to be locked. We have greatly tightened up on that vulnerability from the past,” the local administrator said.

CCSO spokesman Lt. Les Tyler, while declining to release specific agency details about operational and security plans in the schools, assured that they were in place.

“We work with the school board and the schools to ensure the safety of the student population, and their facilities,” Tyler said. “We do active shooter training on a regular basis.”

After the shooting on the Virginia Tech college campus in 2007 that killed 32 people, the Commonwealth of Virginia created the School Campus Safety Center with Dept. of Criminal Justice Services, Houck said.

The program provides grant monies to up security in schools, an effort local elected officials have also supported with funding.

Students, in addition, as required by law, to regularly participate in active shooter drills, with different levels of alerts in place depending on the situation.

“If a student is in the middle of a classroom change at a high school, well, lockdown is not easy, what happens to all those kids scurrying to get to a secure location? We talk about run, hide, fight. Sometimes running is your best option,” Houck said.

Preventing school shootings is the best defense, he added.

“The No. 1 way to prevent acts of violence is having positive relations in our schools with parents, students and community members alerting us and law enforcement when someone is contemplating an act of violence,” he said.

School shootings have been going on for 25 years now, Houck said of the repeating issue.

“If we could solve this problem we would have solved it, wouldn’t we? It’s so multi-layered. We could talk about gun legislation, red flag laws, how mentally ill do you have to be to not have access to a gun? Where is that line drawn? And 18-year-old kids can buy an AR-15, but they can’t buy cigarettes and alcohol,” he said.

At CCPS, its threat assessment processes and the nature of good communications have prevented more suicides, than other acts of violence, Houck said Wednesday, asked about past incidences locally.

“We have much more threats of self-harm that are considered medium to high level than threats to others,” he said. “But what we know is this: a person who is suicidal is not a far stretch from a homicidal suicidal person. Time and time again with these active shooters, their rampage is a suicide rampage—they just want to take other people with them.”

Threats by students against other students mostly show up on social media, Houck said. The division handles those seriously as well.

“Our protocol with the sheriff’s office is we are going to send officers to that child’s home that evening to intervene,” he said.

The child is not always arrested, Houck added, but he or she will not be riding the school bus to school and a meeting with the parent, child, SRO and administrator is required to get an understanding of what led to the threat.

Disciplinary action is taken as appropriate.

Sad to say, but this generation has grown up with school shootings. It hits the adults harder, Houck noted of the somberness and anxiety that always follows.

“It’s a great weight that we educators carry to know that this is happening again,” he said.

Houck added, “It’s trauma for us. But we can’t emote that, we have to be the leaders of the school division, our principals and counselors have to be strong for their staff members, students and parents who are emoting or not coming to school today because of what happened yesterday.”

One of the best things everyone can do for their children, especially the younger ones, is to carry on with the normal, fun things in life, Hoover said, mentioning end-of-year activities taking place division-wide.

The school system will continue to prioritize safety and security, Houck said.

“We are doing all that is reasonable, but to do all we can is an impossible task. That’s true for every government and private facility in this nation,” he said. “We’re all vulnerable.”

Kindergarten students follow their teacher on the first day of classes at Emerald Hill Elementary School in 2018.

Russell Houck, executive director of student services for Culpeper County Public Schools, speaks during a meeting at Brandy Station in 2019.