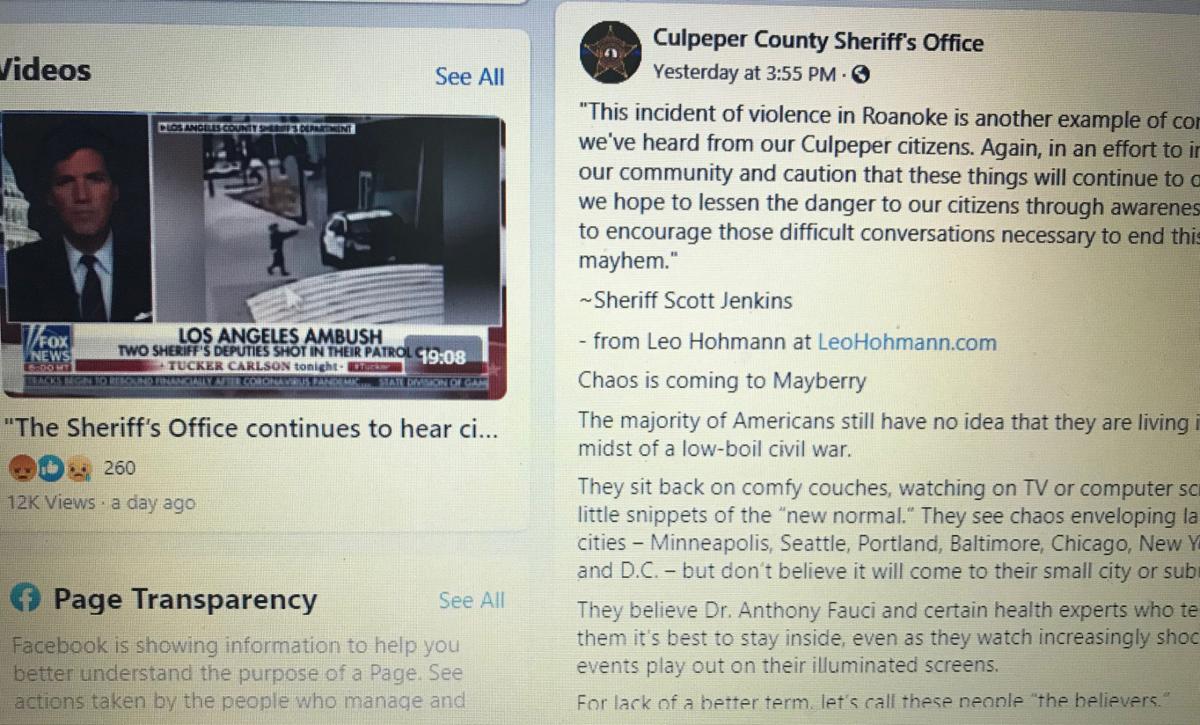 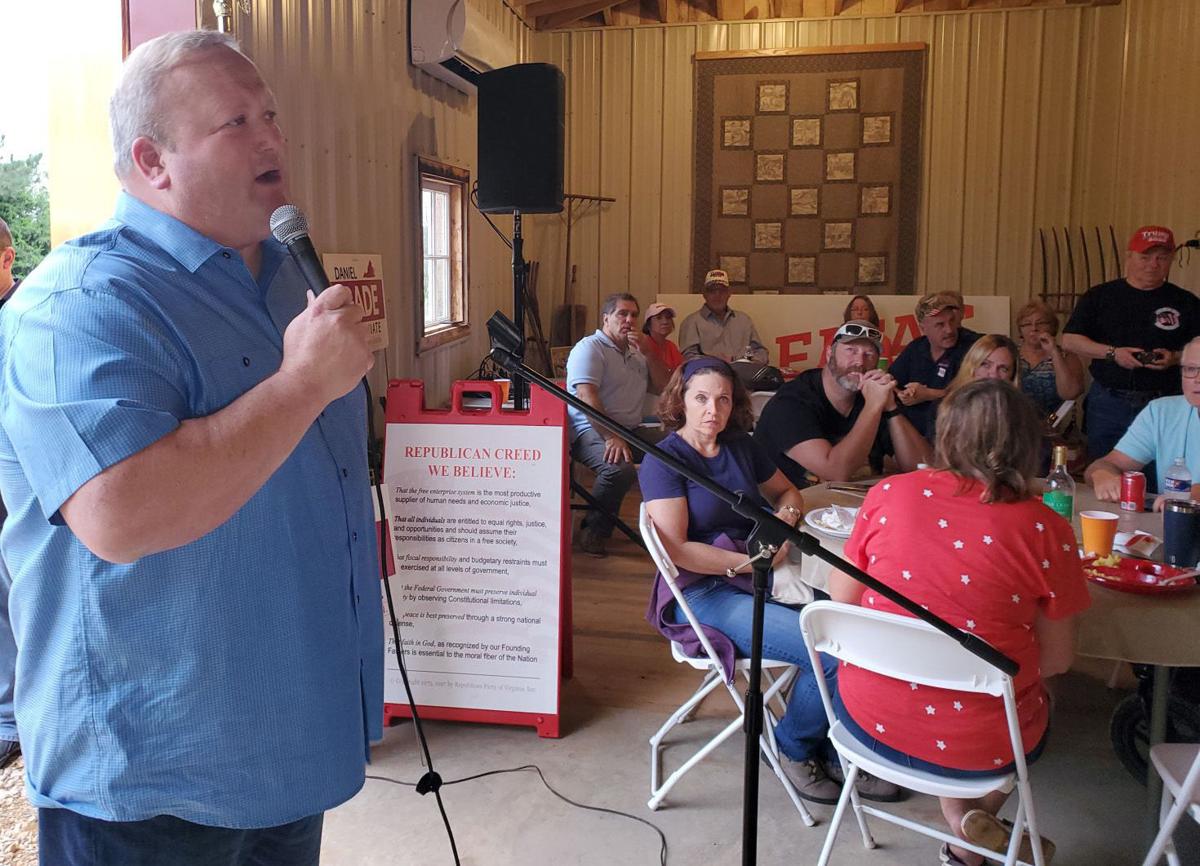 Culpeper County’s top elected lawman on Tuesday re-posted on his agency’s social media a lengthy, apparently fabricated story describing a violent attack in Roanoke by Black Lives Matter protesters. But there is no evidence the attack happened, The Roanoke Times reports.

Sheriff Scott Jenkins, in posts Tuesday on the Culpeper County Sheriff’s Office official Facebook page, warned of similar violence in “any community at any time … especially where they see weakness in local government officials.”

The story, “Chaos is coming to Mayberry,” by Georgia-based freelancer Leo Hohmann tells of an alarming but fake incident that he wrote happened Aug. 28 at the City Market in Roanoke.

The Roanoke Times debunked the account in a Sept. 9 article by Dan Casey, “Fake news makes a pit stop in the Star City.” The Times article carried the sub-headline, “Don’t necessarily believe a viral news story you have heard recently about violent racial injustice protesters who supposedly attacked a man in downtown Roanoke.”

But apparently, Jenkins believed it. He posted the fabricated article on his agency’s social media platform. As of Wednesday afternoon, more than a thousand comments had been left on the post, many by those in disbelief about its validity.

Jenkins wrote in his post with Hohmann’s story, “This incident of violence in Roanoke is another example of concern we’ve heard from our Culpeper citizens. Again, in an effort to inform our community and caution that these things will continue to occur, we hope to lessen the danger to our citizens through awareness and to encourage those difficult conversations necessary to end this mayhem.”

In another post on Tuesday, Jenkins reiterated “citizen concerns” received by his office “about the direction our country is moving.”

“They worry the violence in other areas will occur in Culpeper,” he wrote. ”We believe an informed citizenry will greatly lessen the chance for those things to happen in our community.”

Jenkins went on, “Citizens should alert themselves to the true nature of this violence and realize the intent is for it to continue across our nation during the months ahead. Antifa and the Black Lives Matter movement is not peaceful and at their heart are violent. They may bring their violence to any community at any time and especially where they see weakness in local government officials.”

Jenkins and the Sheriff’s Office did not respond to questions from the Star-Exponent on Wednesday asking Jenkins if he stood by the viral news story, why he posted it or if he believes Culpeper would experience violence, as occurred in some big cities soon after the Memorial Day killing by police of George Floyd in Minneapolis.

As for the Hohmann account, The Roanoke Times could find no evidence that it happened. The name he gave for the person who supposedly witnessed the attack is fictional. The Roanoke Police Department had no knowledge of the supposed attack nor did the management of the City Market restaurant where Hohmann said it started.

“Have you been hacked????” posted one woman responding to the Culpeper County Sheriff’s Office repost.

“Inflammatory and wildly irresponsible for a sheriff’s office to be posting this made-up story. Disgraceful,” a man posted in response.

Another post stated, “Spreading this kind of misinformation to try and stir the pot for a civil war as you put it. Your pathetic attempts to divide are extremely transparent … You should be ashamed of yourself, whoever wrote this fanfiction.”

Coca-Cola is saying goodbye to 200 brands, or half of its portfolio.