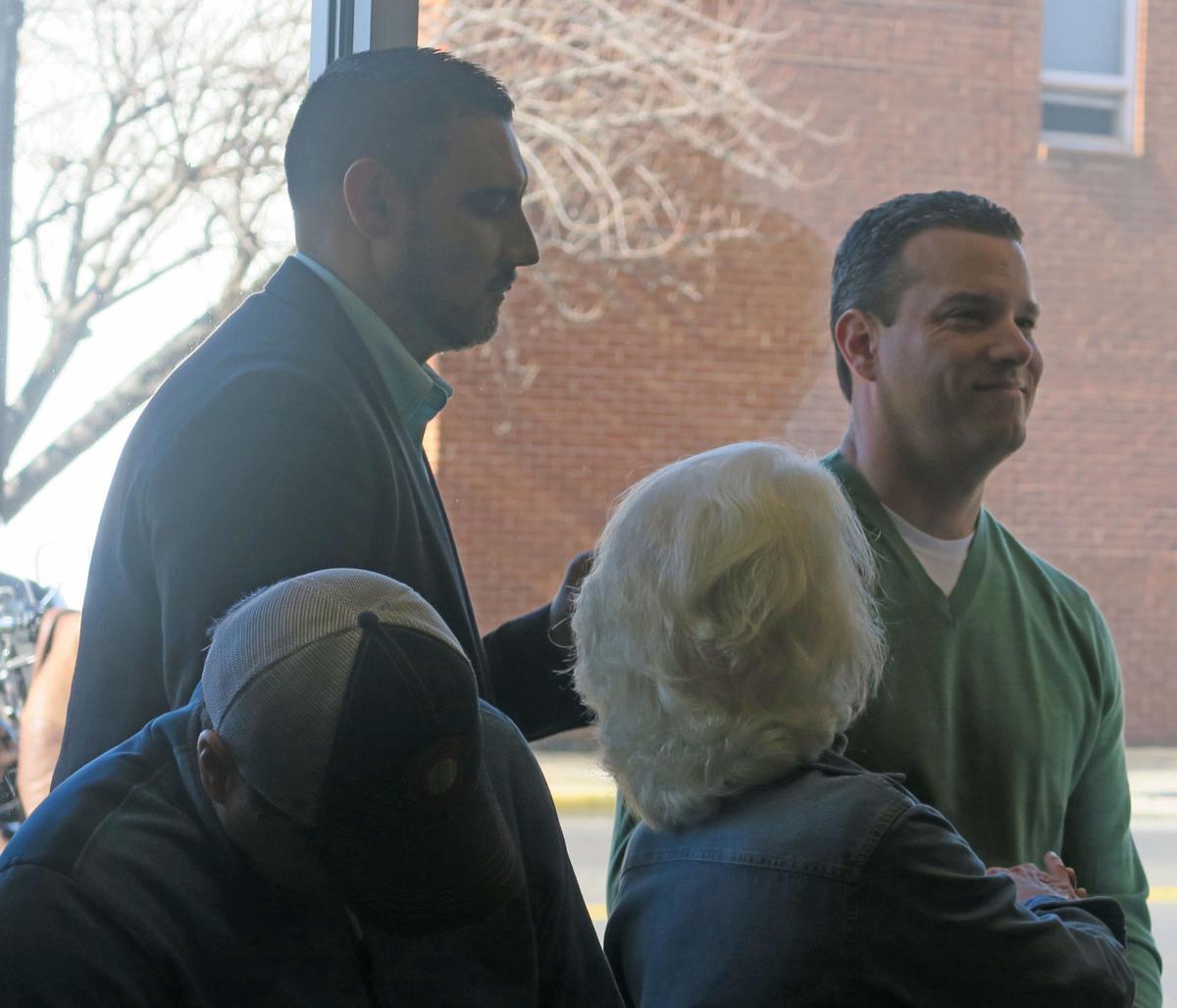 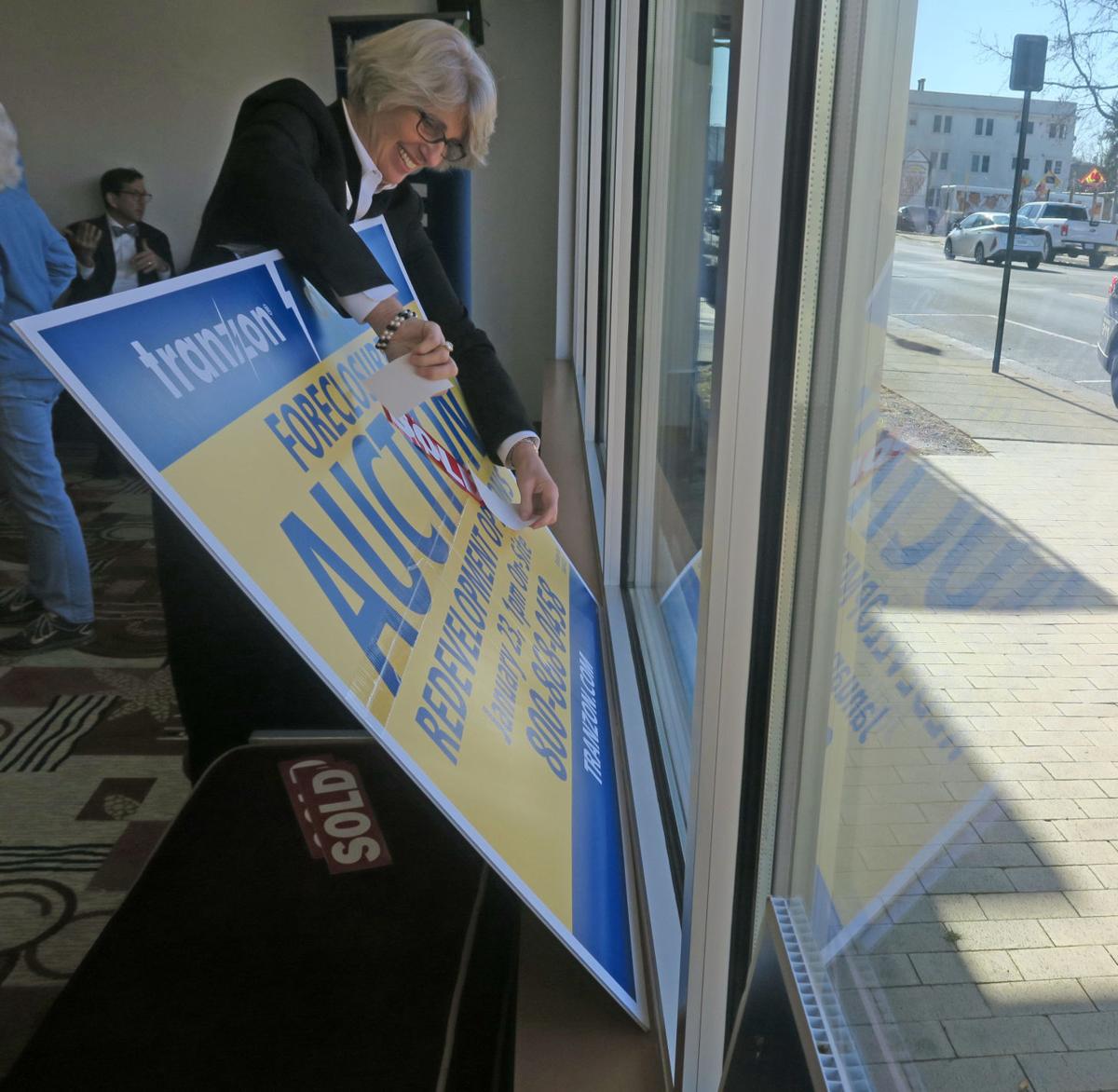 Linda Terry with Tranzon Auction Co. places a sold sign on the front window of the Culpeper State Theatre Tuesday after it sold for $660,000. 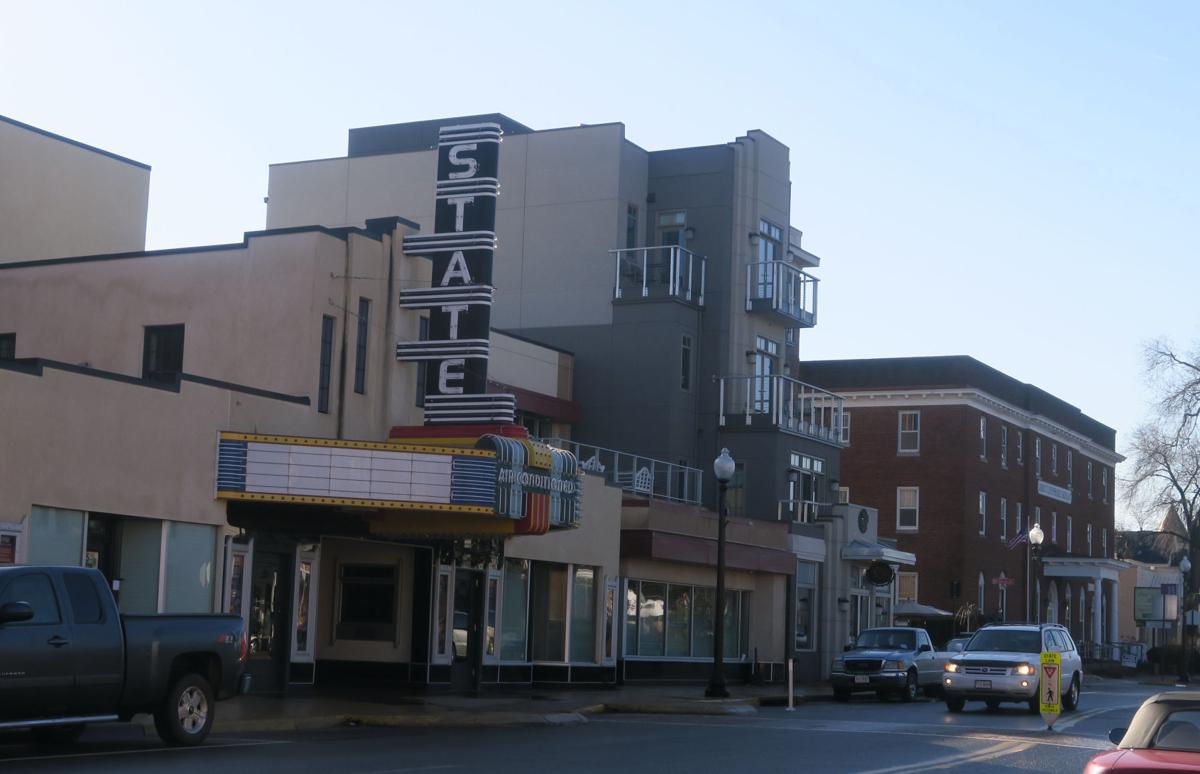 Villagio Hospitality Group of Manassas is the new owner of the Culpeper State Theatre.

The Culpeper State Theatre sold at foreclosure auction Tuesday for $726,000 to Marcus Silva, president of Villagio Hospitality Group in Manassas.

“It will still be in the arts and entertainment, but beyond that we can’t comment right now. It’s still a little bit early. This is all moving really quick for us,” said Silva, the highest bidder.

Only six days ago, Silva said he got interested in purchasing the circa 1938 theater that in recent years underwent a $13 million renovation before closing due to unpaid construction debt.

Silva said he purchased the theater to expand the brand of his company that recently opened 2 Silos Brewing and Farm Brew Live, a live music venue and restaurant in Manassas on a former dairy farm.

The façade of the State Theatre will remain the same, he said, noting that he was not interested in purchasing the extensive audiovisual equipment inside the theater or its other fixtures – it is being sold separately through an online auction that closes in March.

“That’s more for theatrics and it’s most likely not going to be our plan to continue that,” Silva said. “We’ll have live music, but not with this type of system.”

He said that his company has a background of “preserving national treasures like this” and had done so in the past with good success. Villagio Hospitality, as its name implies, specializes in food and beverage and entertainment, added Silva, who said he learned about the State Theatre through Tranzon, the auction company that sold it Tuesday.

“People are looking for unique experiences and concepts so your franchise, your chains are kind of dated now. This is a way of working with the community, working with the town, preserving this building and creating an awesome experience for people here,” Silva said.

He said it would be a couple of months before the redevelopment of the theater interior begins.

At least 50 people came to watch the auction held inside the large lobby space.

“I’m just here for the show like everyone else,” commented Culpeper Town Councilwoman Meaghan Taylor.

At least two others placed bids on the theater – including a man from Fredericksburg associated with the Riverside Theater – with the auctioneer starting bids out at $1 million. The first bid came in at $400,000.

A Rappahannock County investor initiated the foreclosure auction after the now-defunct, nonprofit State Theatre Foundation stopped making payments – in August of 2014 – on the $2 million he invested in the project two years earlier.

“Our absolute preference is that it remains as a theater, but above that we have to go on with our lives, get our investment back and move on,” he said in December, speaking on condition of anonymity.

Inaction on immigration: A bipartisan problem

Linda Terry with Tranzon Auction Co. places a sold sign on the front window of the Culpeper State Theatre Tuesday after it sold for $660,000.

Villagio Hospitality Group of Manassas is the new owner of the Culpeper State Theatre.