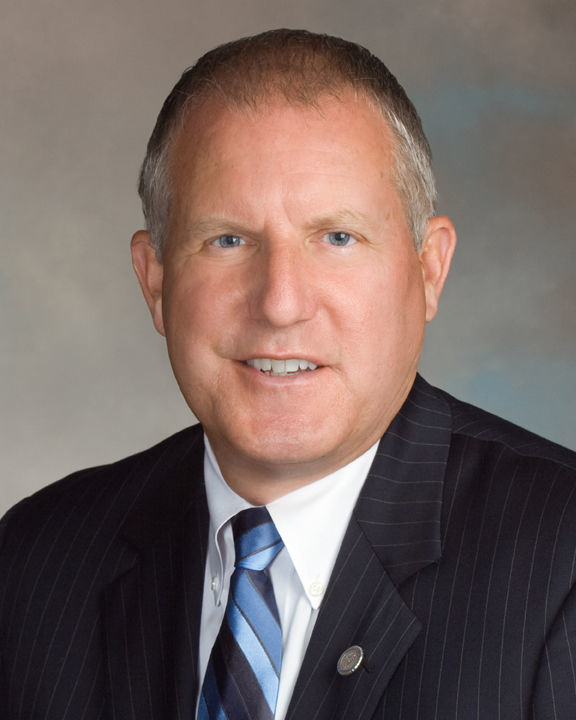 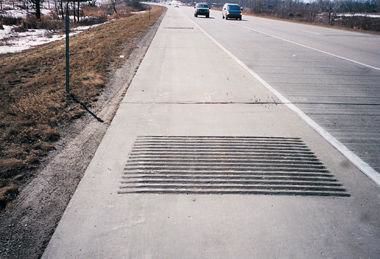 A few years ago, VDOT installed rumble strips on area highways as a safety measure to keep drivers in their lane. Now, the Culpeper County Board is requesting the strips be removed from narrow rural roads.

A few years ago, VDOT installed rumble strips on area highways as a safety measure to keep drivers in their lane. Now, the Culpeper County Board is requesting the strips be removed from narrow rural roads.

Culpeper County is asking the state to please open its Department of Motor Vehicles office, closed for more than three months due to COVID-19, and with no reopening date yet in sight.

County leaders also want the state highway department to stop installing rumble strips on narrow roads and to eventually remove the ones already in place.

At its meeting Tuesday, the Board of Supervisors unanimously endorsed sending a letter to the governor about the shuttered DMV along with a resolution to VDOT requesting it cease applying the so-called “alert” strips on rural roads less than 24-feet-wide.

The Board of Supervisors met physically on Tuesday for the first time since the March pandemic shutdown, but not in its usual location. The meeting was held in the large auditorium at Eastern View High School with members spaced apart on the stage, seated at individual round tables.

Stevensburg Supervisor Bill Chase attended the meeting via teleconference due to being in the high risk category for the novel coronavirus.

Of the prolonged local DMV office closure, Cedar Mountain Supervisor Jack Frazier said he had received many calls from constituents about it needing to reopen.

“There is no excuse why at least the main office in Culpeper is not open,” he said of the relatively new, full service DMV located off of Lovers Lane near the U.S. Route 29 junction. “There is certainly a need here to get that done.”

County Administrator John Egertson agreed, saying the state was now in Phase 3 of its reopening plan. The letter the board approved sending to Gov. Ralph Northam and VA DMV Commissioner Richard Holcomb stated the Culpeper DMV is large and able to provide the full range of vehicle services, including issuing commercial driver’s licenses and testing.

“At this time, with only limited branches operating by appointment only, travel distances and waiting times are extremely inconvenient for not only the citizens of Culpeper, but for citizens of the Commonwealth as a whole,” Board Chairman Gary Deal stated in the letter. “With the advancement to Phase Three, it seems unreasonable that the Culpeper branch would not be open, at least in some capacity, at this time. There has certainly been more than ample time to prepare the office to reopen using safe practices.”

Especially for those seeking CDL licensing, the office closure could be hindering employment, he said. CDL testing is currently available by appointment at DMV offices in Abingdon, Chester, Manassas, Martinsville, Middletown and Suffolk.

As of Monday, 38 of the state’s 75 DMV offices had reopened—including in Charlottesville, Fredericksburg, Manassas, Fairfax and Tyson’s Corner—providing specific services, and by appointment only. According to a DMV news release, another three locations will open on July 13.

DMV spokeswoman Jessica Cowardin, asked Tuesday by the Star-Exponent when the Culpeper office would reopen, responded by email, “I don’t have that information at this time.”

She said information on the safe reopening of DMVs across the state could be found at dmvnow.com/reopening. DMV started reopening offices May 18 and will continue to do so in phases through mid-summer. An office can only reopen once it has been prepared to provide adequate social distancing and clear plastic partitions have been installed on front counters, according to the web site.

Rappahannock-Rapidan Health District Director Dr. Wade Kartchner on Tuesday stressed the need for continued distancing, including at events and gatherings with people not residing in the same household.

“We are seeing an uptick in cases in the health district,” Kartchner said Tuesday. “This is likely due to everyone being out and about, interacting with others. This is a good thing, but if done in a less thoughtful manner interacting brings with it consequences that we may find harder to control.”

VDH reported an additional COVID-19 death in Fauquier County on Tuesday, bringing the five-county total to 23 deaths from the contagious respiratory illness. The latest death was another person in their 80s, according to state data.

Due to the continued pandemic, the DMV has extended, for another 90 days, all deadlines for renewing expired licenses or other vehicle documentation—until Oct. 31. No late fees will be charged.

Regarding an apparent local proliferation of rumble strips—intended to alert inattentive drivers to a stop sign, for example—Salem Supervisor Tom Underwood brought up the issue, saying he had received many complaints about the strips placed on roads in his district. He said the strips do not improve safety.

The strips can be noisy for neighbors, added Egertson, and/or “scare a horse on a horse trailer.” Frazier said the strips are a traffic hazard on narrow secondary roads in that they can cause drivers to pull right and go into a ditch.

Jefferson Supervisor Brad Rosenberger said he just hoped remaining rumble strips don’t give a sense of security to “people who can’t put a cell phone down.”

“I just wish they would pay more attention to driving,” he said.

The resolution to VDOT unanimously passed by the board requests the highway department only place future rumble strips on roads wider than 24-feet and that any current strips on narrow roads are removed during future repaving.