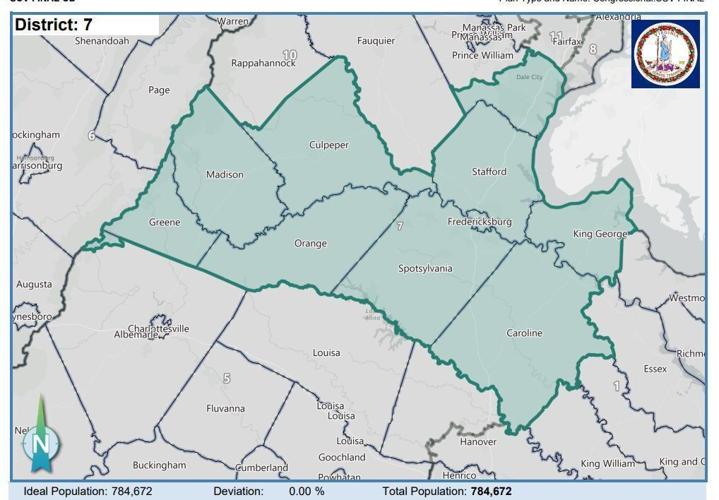 The new 7th District extends from Caroline County north to Dale City in Prince William County and includes Stafford and Spotsylvania counties. It is heavily populated by federal employees and contractors, military members and retirees. 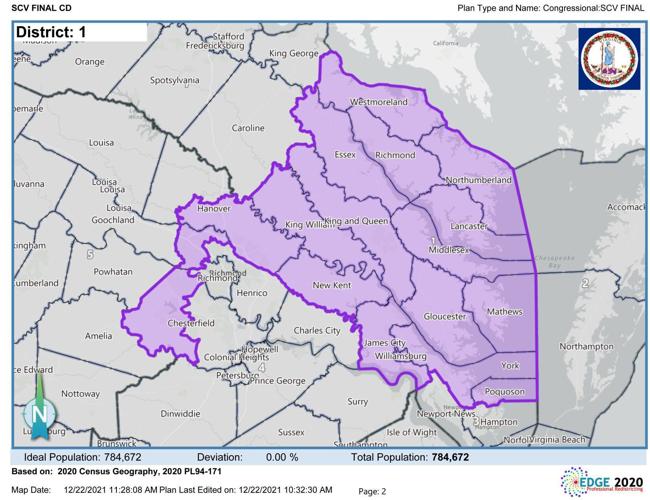 The Democratic incumbents are stocked with money and the Republican challengers are eagerly organizing as the political parties prepare for war in three Virginia battleground congressional districts that will help determine control of the U.S. House of Representatives in this fall’s midterm elections.

But the money balance is likely to shift after Republicans choose their nominees in the races—with primary elections set June 21 in the newly drawn 7th and 2nd districts, and a firehouse primary scheduled May 21 in the 10th. Currently, all three districts feature crowded fields of candidates who have demonstrated the ability to raise money in primary battles that will depend on motivating their people to vote.

Rep. Abigail Spanberger, D-7th, knows she’s one of the top targets in the country for Republicans who want to seize control of Congress in the midterm elections, but she’s well-financed for the challenge.

“I expect it’s going to narrow considerably once there are Republican nominees in the Virginia 2nd and Virginia 7th,” said Stephen Farnsworth, director of the Center for Leadership and Media Studies at the University of Mary Washington in Fredericksburg.

The university sits near the center of a congressional district that moved from the Richmond suburbs to the outer Northern Virginia counties under a political map the Virginia Supreme Court approved on Dec. 28. Eastern Prince William County and Stafford and Spotsylvania counties hold the most votes in an area that leans toward Democrats but voted for Republican Glenn Youngkin as governor last fall.

Spanberger still lives in western Henrico, and has said she won’t move her family, including three school-age daughters, before January. The Republican field has narrowed from eight to six—not including several high-profile contenders from the Richmond area who dropped out after the court issued the final map.

Three years ago, Herb Jones vowed to never run for Congress, but that was before supporters of then-President Donald Trump stormed the U.S. Capitol in a vain attempt to block certification of the election of Democrat Joe Biden as president of the United States.

“A lot of this depends on the ground game,” said Bob Holsworth, a veteran political commentator in Richmond. “How are they able to motivate people?”

In the 2nd, state Sen. Jen Kiggans, R–Virginia Beach, holds a strong fundraising advantage in a four-way primary race. In the 10th District, Prince William Supervisor Jeanine Lawson leads by a wide financial margin in a field of 12 candidates.

The new political map divided the Richmond area among three congressional districts in which the incumbents are likely to enjoy a distinct competitive advantage—two for Republicans and one for Democrats.

Crystal Vanuch, chairman of the Stafford County Board of Supervisors, has joined a crowded field of Republican contenders seeking the chance to challenge Rep. Abigail Spanberger, D-7th, in a dramatically different 7th Congressional District.

“In terms of community of interest, RVA was effectively erased from the map,” said Holsworth, a former dean at Virginia Commonwealth University in Richmond.

Rep. Rob Wittman, R–1st, holds an enormous fundraising advantage over Democrat Herb Jones, a former New Kent County treasurer who entered the race in mid-March and hadn’t raised the first dollar by the end of the month, according to his report to the Federal Elections Commission.

In contrast, Wittman has raised $1.1 million and had $673,000 in hand on March 31, according to the Virginia Public Access Project, which released complete congressional fundraising totals on Saturday morning.

The redrawn 1st District includes parts of Chesterfield, Henrico and Hanover counties—which make up its biggest voting blocs—and extends to the Potomac River, along which Wittman lives in Westmoreland County.

Rep. Bob Good, R–5th, who lives in the Lynchburg area, had raised about $670,000 and held almost $377,000 in hand at the end of March for his effort to seek a second term in the 5th District. The new district is anchored in the Lynchburg and Charlottesville areas, but includes Powhatan, Goochland and Amelia counties, and part of Hanover.

Despite record gasoline prices at the pump, President Joe Biden appears to have bipartisan support among Virginia’s congressional delegation for banning the import of oil and gas from Russia as the ultimate sanction for its brutal invasion of Ukraine.

Good, who unseated Republican Rep. Denver Riggleman in an unusual drive-thru convention early in the COVID-19 pandemic, faces a challenge in a GOP convention on May 21 from Dan Moy, a Charlottesville resident and adjunct professor at the Batten School of Public Policy at the University of Virginia. Moy had raised about $114,000 through the end of March, when he held about $48,000 in the bank.

Josh Throneburg, a Charlottesville minister, recently clinched the Democratic nomination after Andy Parker, who had a higher public profile because of his daughter’s murder during an on-camera television interview in 2018, fell short in submitting the 1,000 certified voter signatures necessary to be on the ballot. Throneburg finished the last quarter with about $308,000 raised and $149,000 in hand.

Parker conceded the nomination on Monday. “I will continue to work on behalf of progressive causes and Democratic candidates in 2022 and beyond,” he said in a text statement.

Rep. Donald McEachin, D–4th, who lives in Richmond, faces a rematch with Republican minister Leon Benjamin, whom he defeated by more than 90,000 votes in a 2020 election that Benjamin still maintains was stolen from him because he lost an early lead as absentee votes were counted.

“I don’t see any change occurring in the Richmond area,” Holsworth said.

It’s a much different situation in the new 7th.

Two candidates dropped out of the eight-way field, and two other campaigns are lagging financially. Spotsylvania County supervisor David Ross had raised almost $143,000, including $98,000 in loans to himself, and had more than $121,000 in the bank. Prince William educator Gina Ciarcia raised $33,600 through the end of March, but had about $13,500 in hand.

Here’s how the other four candidates stand:

• Anderson held a slight money lead with about $521,000, most of it raised through the new WinRed fundraising portal championed by former President Donald Trump to counteract the Act Blue portal for Democrats. His total includes $2,500 from John Castorani, an Army veteran from Orange County, who dropped out of the race and endorsed Anderson, who finished March with $371,000 in the bank.

• Reeves, in his third Senate term, has raised about $519,000 and had $390,000 in hand. His contributions include $5,800 each from former Republican gubernatorial candidate Peter Snyder and his wife, as well as $1,200 from celebrated Vietnam War POW Paul Galanti and donations from several fellow Republican legislators.

• Vega raised almost $357,000 and had about $286,000 in hand. Her supporters include former Attorney General Ken Cuccinelli, who lost the governor’s race to Democrat Terry McAuliffe in 2013; Lawson, a fellow Prince William supervisor; and former Del. Jeannemarie Davis, R-Fairfax, who is married to former Rep. Tom Davis, R–11th.

Democrats are rallying behind Spanberger, Luria and Wexton, the biggest targets in midterm elections that look ominous for their party because of falling poll numbers of President Joe Biden, who carried Virginia by 10 percentage points but has battled rising inflation and a messy U.S. withdrawal from Afghanistan.

“It’s clear that Democratic donors recognize the most vulnerable candidates in Virginia and are doing what it takes to put them into position for what’s likely to be a tough year for the party,” Farnsworth said.Holsworth said the incumbents also know their peril, as shown by their fundraising advantages.

“It shows they are fully aware of the situation,” he said. “They are working very hard to give themselves the best opportunity to retain their seats.”

The new 7th District extends from Caroline County north to Dale City in Prince William County and includes Stafford and Spotsylvania counties. It is heavily populated by federal employees and contractors, military members and retirees.