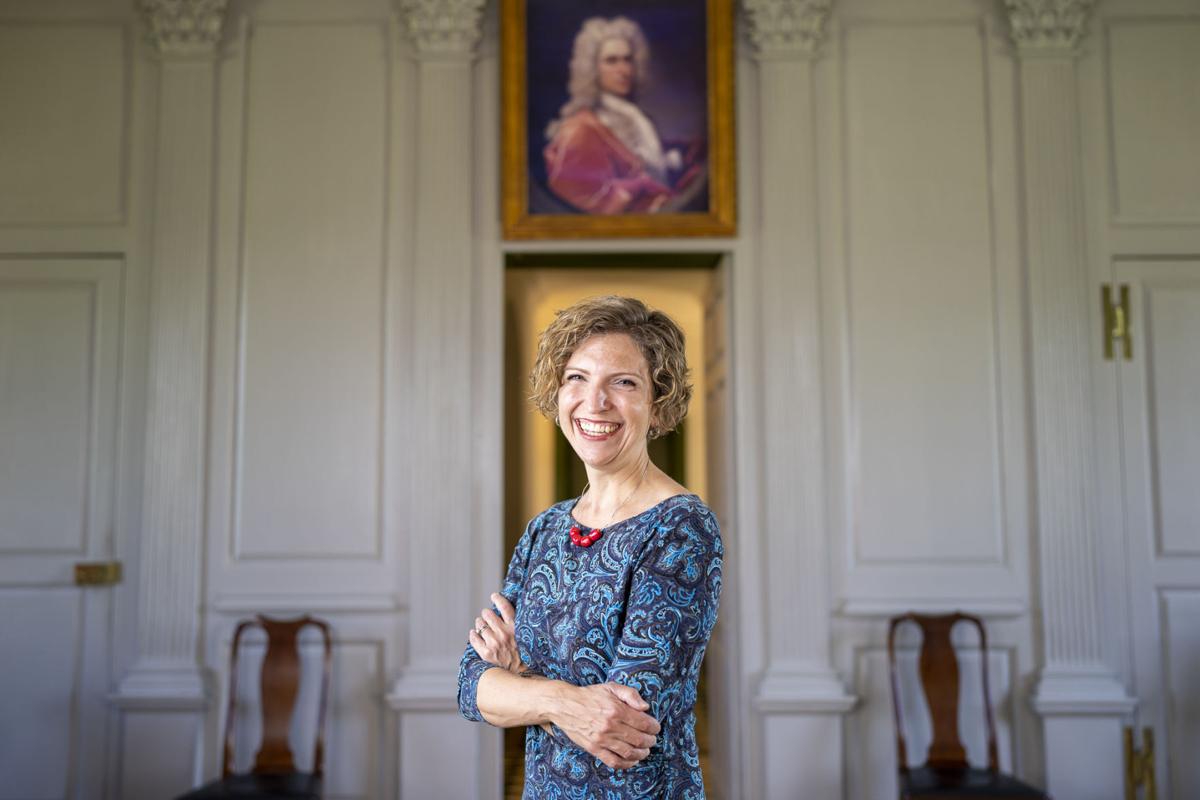 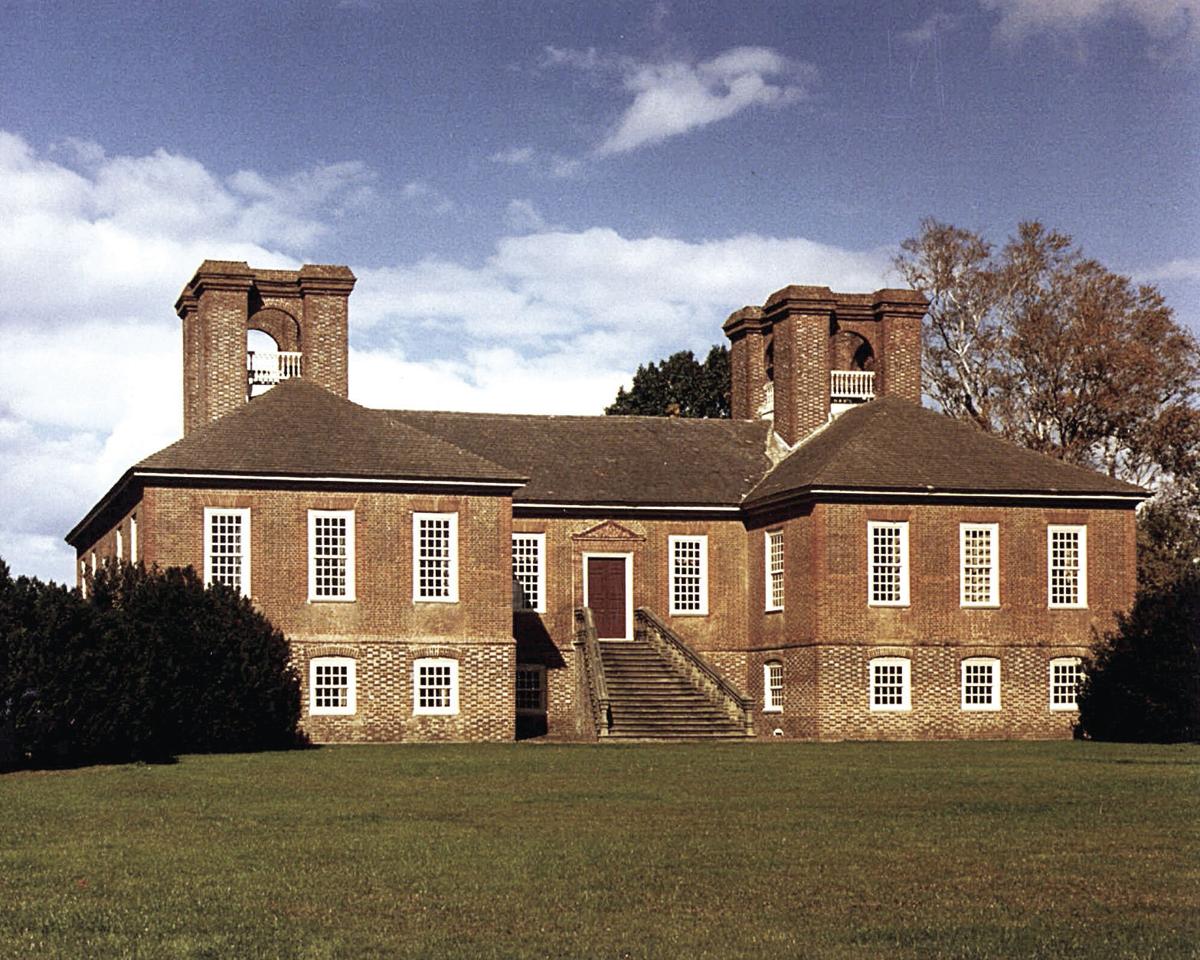 Stratford Hall is broadening its interpretation of Lee family history to include the contributions of women and slaves. 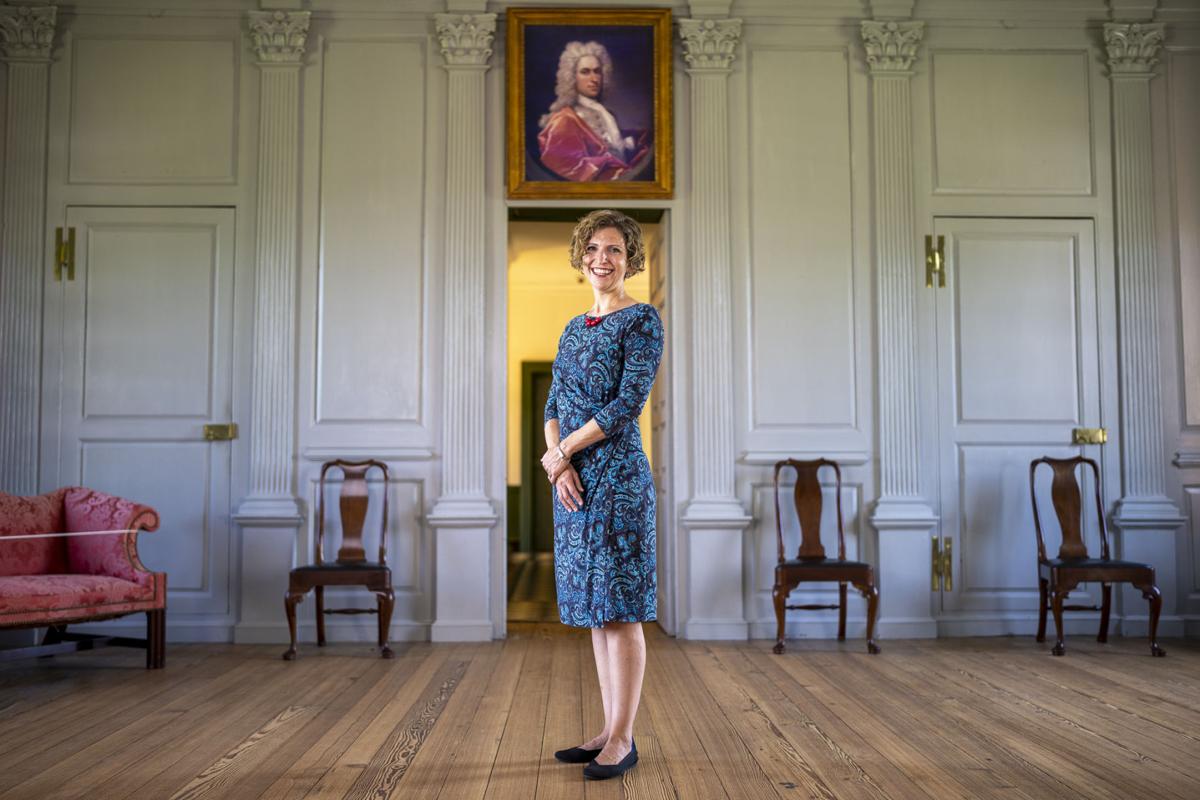 Karen L. Daly is the first woman to serve as president of Stratford Hall, the Lee family home in Westmoreland County.

Stratford Hall, the home of Robert E. Lee and brothers who signed the Declaration of Independence, has a new leader who’s the first woman to ever hold the job.

She’s Karen Daly, who comes to the Westmoreland County historic home and site from Dumbarton House, the museum of the National Society of the Colonial Dames of America in Washington, D.C., where she served in several capacities before becoming executive director.

Before that, she worked in stretches for the DAR and Corcoran museums in Washington, where she also taught fourth grade for several years.

I caught up with Daly recently at Stratford Hall, a site and organization that sees its mission as interpreting the history of the Lee family of Virginia and its entire plantation community.

That’s a task that’s become more complicated in the wake of George Floyd’s murder, the Black Lives Matter movement and the removal of Civil War monuments around the state and nation.

But give Stratford Hall credit for broadening the interpretation of the Lee family site, going well beyond Confederate Gen. Robert E. Lee by also shining a light on the women of Stratford Hall, its enslaved community and other family members, such as Revolutionary War hero and Virginia Gov. Henry “Light-horse Harry” Lee.

Daly said, “Our mission is still focused on the Lee family and its history and heritage here, and that’s an incredible legacy for our nation. But we’ve worked to also focus and interpret the lives of the enslaved people here,” as well as connecting with a dozen slave descendants who live in the Northern Neck and working to find others who live elsewhere.

Daly said she thinks expanding the lens on Stratford’s history is extremely important, and that historic sites provide the chance to learn about our past, even the difficult chapters.

“My background and passion is in connecting the public to museums, and to do that, we have to reflect as broad a population as we can,” she said. “It’s important that visitors in our community and from other states and regions can see themselves in the history that we’re portraying.”

She said it’s critical that “the stories we’re sharing are reflective of not just the incredible Lee men people know from the history books, but also the woman and enslaved community here, and even the Native Americans who were first on the land where this plantation was later built.”

Stratford Hall’s new leader said it helps in that effort that the institution has a vast archive and archaeological evidence of those who lived and worked on the site. She said staff will continue to work finding and interacting with descendants of Stratford’s enslaved community, as some did on the creation of the African American tour that will soon be released.

She said that over the last 20 years, Stratford Hall, has—from an interpretive standpoint—acknowledged the site was preserved as a memorial to Robert E. Lee.

“But in reality, he lived here until he was 3 years old, when the family moved to Northern Virginia,” she said. “Our story here goes back long before he was on the scene. Our interpretation has for years been focused on the broader Lee story, the Lee family and its two signers of the Declaration of Independence [Richard Henry and Francis Lightfoot], taking us back to 1738 with the building of the Great House.

“Robert E. Lee is critical to the founding of the organization and preservation of Stratford Hall, and that will never diminish. But that said, our story is much broader than one man.”

Indeed, Daly noted, there are many facets of the Stratford Hall site and story that go beyond that history and offer a diversity of opportunities to connect with visitors.

Daly noted that her arrival has set the organization into a two-year period of strategic planning on the future of the historic site.

One of the critical aspects of that study, she said, is “looking and thinking of ways to raise our visibility, both in the museum community and general population.”

Things that will be considered in that effort: How to make catalogues and historical records in Stratford’s archives more available, possibly digitally; focusing on paleontology on the site, both the considerable collection of fossils and fossil-finding on the site’s beaches; featuring the agricultural history of the site and region while looking for agritourism opportunities; seeking ways to support the community in Westmoreland County and the Northern Neck beyond field trips and scholarship.

And Daly said she and staff members recognize that things that once drew visitors to historic homes and sites may not work for everyone these days.

“Our industry and field recognize that Dec Arts tours,” which count on visitors being drawn by the chance to see the grandeur and artistry of decorations in historic homes, “do not appeal to the same numbers they did a generation ago. Finding new ways to connect to the public is critical to our sustainability.”

To help with that, Stratford Hall staffers are looking to others in the field, communicating with leaders in Williamsburg and at Monticello, Mount Vernon, Kenmore and Ferry Farm “to see what business models are working and what can we learn from them.”

In that respect, it will help that Daly is recognized as a leader within the museum field, and is a board member of the Virginia Association of Museums.

She got my attention early in our interview when the New Jersey native shared the story about how a critical moment in her life came as a high school student attending a summer history program at Washington & Lee University, my alma mater.

“That’s when I first fell in love with Virginia, and I’ll never forget that first smell of boxwood and the beautiful colonnades there,” said Daly, who went on to study art history at William & Mary and museum education at George Washington University.

“I fell for art history at William & Mary and realized I wanted to pursue a career in museums,” she said. “But that summer I realized even then that what I love about museums is the people part, the conveying of stories that goes to the human angle of it all.”

She noted two big developments that Stratford Hall will focus on soon: planning for the 250th anniversary of the United States in 2026 and the likely designation of the region as the Northern Neck Heritage Area. She thinks the National Park Service visibility that comes with the heritage area designation will be “a significant driver” to bring more tourists to the Northern Neck and at Stratford Hall.

One welcome change in late spring was the end of COVID-19 restrictions that let the site open up lodging at its cabins and guest houses and get back to holding fundraisers and events in person. One coming up soon is Stratford Hall’s Wine & Oyster Festival, set for Sept. 18–19.

Stratford Hall is broadening its interpretation of Lee family history to include the contributions of women and slaves.

Karen L. Daly is the first woman to serve as president of Stratford Hall, the Lee family home in Westmoreland County.