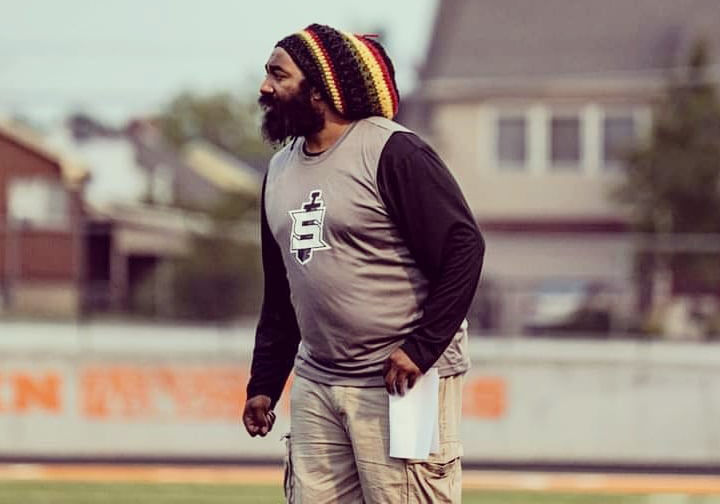 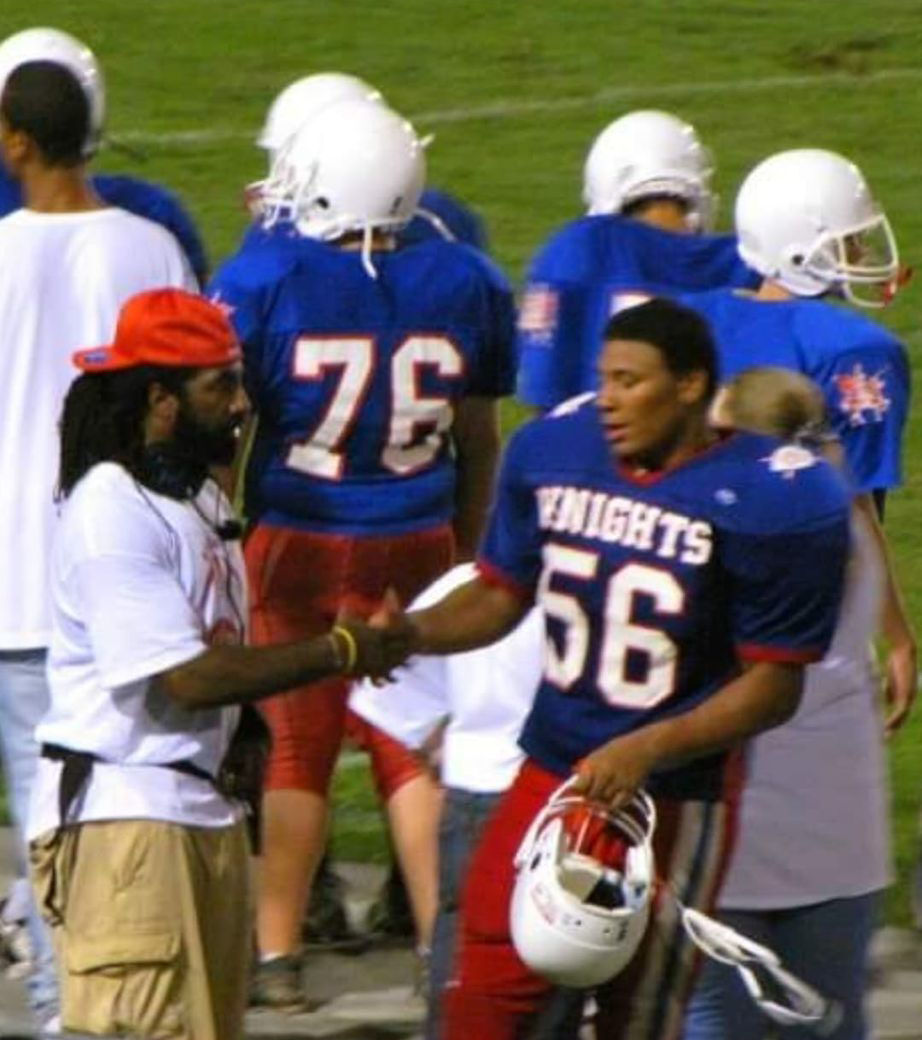 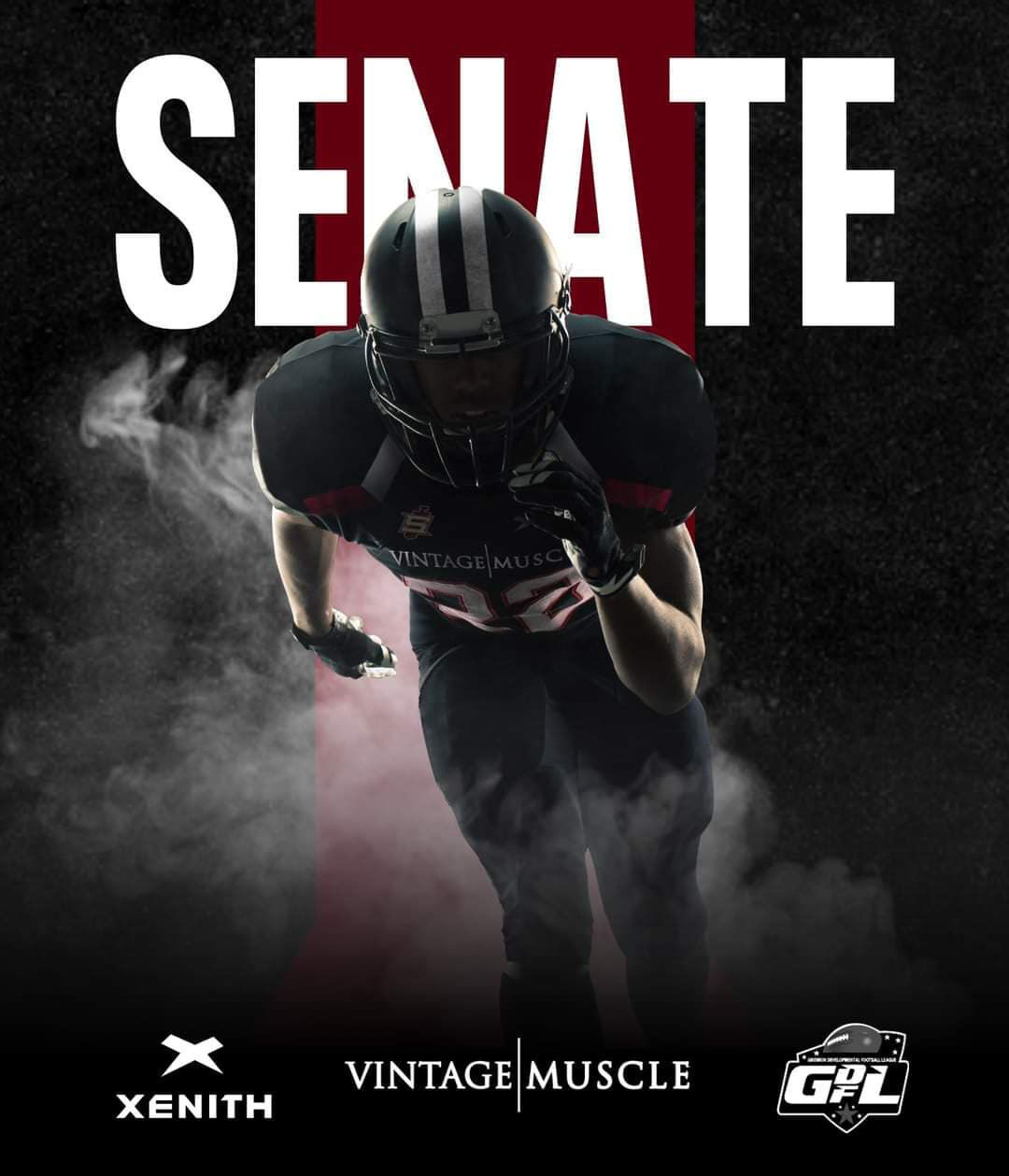 The Salt Lake City Senate is a new semi-pro team of the Gridiron Development Football League. 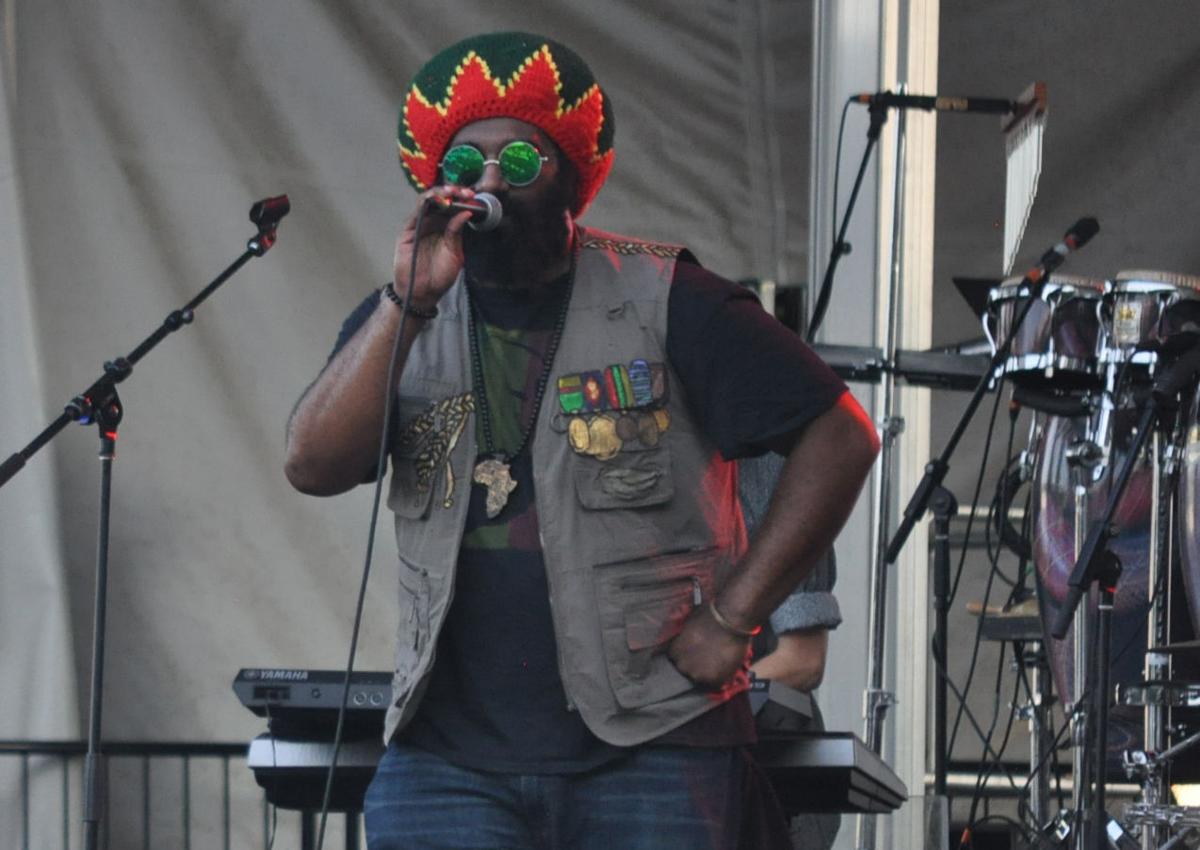 Adwela Dawes, who grew up singing in Culpeper’s Antioch Baptist Church, opens for Ziggy Marley in 2017 in Fredericksburg.

Adwela Dawes is known locally as a reggae singer, front-man of Adwela & The Uprising. But his other passion is football, which he takes very seriously, and the results show.

The 2001 graduate of Culpeper County High School is taking a partial reprieve from being on stage—though he has played a few summer band gigs—to get back on the green field to top results. Dawes is leading to victory the undefeated Salt Lake City Senate, a semi-pro team based in Utah.

The brand-new team in the Gridiron Development Football League has a 5-0 record.

Its sixth of the eight-game season happens at 7 p.m. this Saturday, July 17 against the Montana Dawgs. Watch the livestream on the team’s Facebook page and website.

Five games in and the Senate has only had 14 points scored against it by opponents. Its other games with league teams have been blowouts: 44-0, 69-0 and 65-0.

“Running the No. 2 team in the land,” Dawes wrote in a recent message to the Star-Exponent. “It’s been fun so far—just hoping we can finish what we started.”

He said the Senate has played some quality opponents in spite of their rivals’ inability to score against them in most cases.

“I really believe we just have the best team in America—and not to toot my own horn, but I’ve never lost anywhere where I’ve been a head coach,” Dawes said. “My system has been in the works for over 10 years and I’ve even been working on it when I was out of football and completely focused on music.”

His “system” is an option-based offense and a multiple 3-3-5 defense—”The same thing we ran at Spotsylvania High, but obviously much better production and results since we actually have athletes.”

The Salt Lake City Senate is comprised of mostly former college athletes looking to get in the pro ranks, and some guys with NFL- and arena-experience as well, Dawes said. The team has seen success because of the character of its players, he added.

“Deep and talented roster from all over the country and they’ve just collectively bought into our system and way of doing things,” Dawes said of their winning record. “To be a first year team that’s almost unheard of.”

In his own football career, the coach was a starter outside linebacker on the Culpeper Blue Devils’ 1999 Group AAA, Division 5 state championship team.

He went on to become a standout receiver at Averett University, where Dawes led the Cougars in every receiving category from 2001-03. Dawes was an assistant coach at Culpeper in 2007 and at Spotsylvania from 2009-13.

He served as the head coach of the Virginia Mutiny semi-pro team based in Fredericksburg in 2016, and has been involved with several other semi-pro organizations.

“The Salt Lake Senate proved to be a formidable opponent this past Saturday, when they beat the Las Vegas Saints in their second game of the GDFL season,” wrote Thomas Van Yperen in a June 13 post.

“The Saints were unable to keep up with the Senate and lost by a final score of 69-0, thanks to a great defensive effort put together by Adwela Dawes, and an unmovable ground attack by Jon Price.”

Dawes called it a hiatus to coach the minor league team in Salt Lake City, which he started doing in May. The season ends August 7 in a second matchup with the Dawgs.

“It’s the first time I’ve been able to mentally be free since 2016—that’s the last time I coached,” the he said. “As far as x’s and o’s go, I’ve always stayed current in the game even when I’ve been away from it—tweaking my schemes and playbooks as the game has evolved. So I’m still very sharp.”

Salt Lake City is one of Dawes’ favorite places to tour when he’s performing reggae, so being there for football suits him fine.

“I love it—the land is beautiful and it’s a blessing to be outside in this every day,” he said.

Dawes had high praise for his players.

“Honestly this is the best group of guys I’ve had the pleasure to work with in the professional ranks,” he said. “These guys are good athletes with a great attitude and work ethic.”

US to spend $2.1B to improve infection control

US to spend $2.1B to improve infection control

This past week, 280 students in Culpeper County Public Schools were quarantined due to exposure to the novel coronavirus, about the same numbe…

Sheriff Jenkins: "I appreciate the swift response of our deputies, and am grateful that this incident was resolved without any injury.”

Montgomery County Public Schools issued a statement Wednesday saying that a teacher is entitled to their personal belief regarding any division program.

'We saw the plane over top of the trees'

COVID-19 hospitalizations across Virginia have exploded from 195 per day in mid-July to 2,100 a day currently as health officials make plea for more to get vaccinated.

Authorities are seeking to have a 14-year-old youth charged with the murder of 13-year-old Lucia Bremer in Henrico County last March transferred from juvenile court to Circuit Court for trial as an adult.

The Salt Lake City Senate is a new semi-pro team of the Gridiron Development Football League.

Adwela Dawes, who grew up singing in Culpeper’s Antioch Baptist Church, opens for Ziggy Marley in 2017 in Fredericksburg.