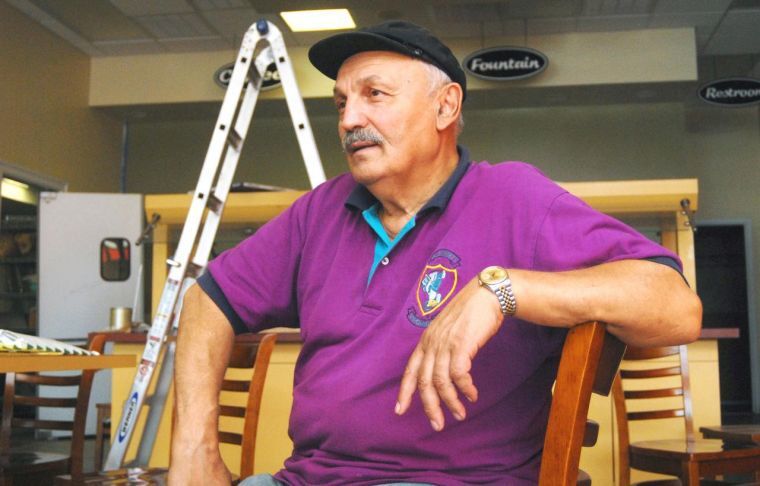 Gourmet chef Ted Visikides of Culpeper talks about opening Atheneans on Sperryville Pike back in 2011. 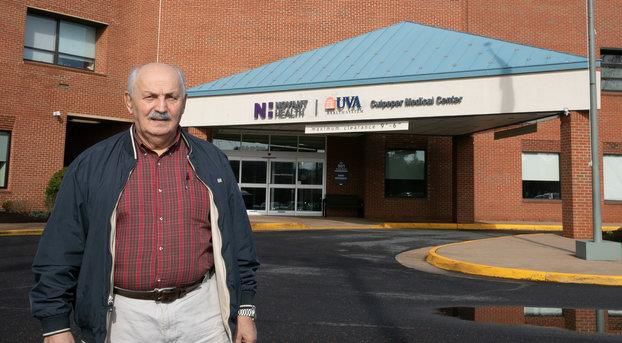 Ted Visikides was recently interviewed by the local hospital in celebration of being cancer-free for the past three years. The Culpeper resident and longtime restaurateur unexpectedly died Sept. 5 of COVID-19. He was 75.

This article has been edited from its original version.

A Greek immigrant success story and gourmet chef who made Culpeper considerably more delicious, Triantafillos “Ted” Visikides died Sept. 6 from COVID-19 at the University of Virginia Medical Center in Charlottesville.

The former owner of Atheneans Restaurant was 74 and had survived prostate cancer.

In fact, Novant Health UVA Health System featured Visikides in its "Healthy Headlines"  just weeks before his unexpected death for having been cancer-free and healthy for the past three years.

His close friend, Colleen Roseberry, a local realtor speaking on behalf of the family, met Visikides in 2006 through a real estate transaction. The two became fast friends and business partners, embarking on numerous home purchases and resales.

Visikides owned various properties in Culpeper and a home in Greece, where he had planned to retire, Roseberry said. She said on Monday Visikides worked to the end.

“He was living on his own, in the process of remodeling his grandson’s kitchen so he was still working every day,” Roseberry said. “He never stopped. He had so much energy—a ball of fire.”

It was about six weeks ago that Visikides came down with what he thought was a sinus infection, she said. But it worsened and he tested positive for the novel coronavirus. He was transferred from the Culpeper hospital to UVA in Charlottesville, Roseberry said.

Visikides spent his final weeks in a medically-induced coma and on a respirator battling the lung disease. His friend and business partner got to speak to him one time—on the phone.

“He was joking with me, making jokes. He always joked around. Ted had quite a personality,” Roseberry said.

“We mourn all lives lost to COVID-19 and the tremendous toll this virus has on our society,” she said. “Our team members remain dedicated to serving our community during this pandemic.”

Visikides ran the old Aberdeen Barn for nearly 20 years then reopened the place as Niko’s before “retiring.” In 2011, he opened Atheneans on Sperryville Pike, creating thin-crust pizzas with the flavors of Greece.

Visikides was preceded in death by a son, Thomas Stephanos, in 2017. He leaves behind two grandsons, Xavier of Culpeper and Nikolas of the Fredericksburg area, as well as a sister and three brothers in Greece. A nephew, Yannis, lived and worked beside Visikides at Atheneans and is back in Greece.

“His family in Greece wanted to mention people would drive hours to his restaurants for his food because he was a great chef. He was always willing to cook for anybody, would go out of his way to accommodate, it was gourmet,” Roseberry said.

Basically self-taught, Visikides learned the craft working in restaurants with other fine chefs.

“He was a very, very big-hearted man. He helped anyone he could,” Roseberry said, adding, “He definitely didn’t like slackers. He expected you to pull your weight and he was there every step of the way. You had to prove yourself. He was no-nonsense.”

Visikides was a practicing Greek Orthodox follower who attended services in Fredericksburg. His wishes were to be be laid to rest in Greece; final arrangements are pending VDH approval. His friend hopes to host a local gathering in his memory.

“He loved all of his friends. He treated his friends like gold and his family,” Roseberry said. “Culpeper was his home away from Greece and his grandchildren were his world.”

Emerging from a brief retirement in 2011 to open Atheneans in the West Side Center, Visikides told the Star-Exponent he got bored not working.

“I didn’t have any place to see my friends; I know a lot of people in town—now I get to see them again,” he said at the time.

Gourmet chef Ted Visikides of Culpeper talks about opening Atheneans on Sperryville Pike back in 2011.

Ted Visikides was recently interviewed by the local hospital in celebration of being cancer-free for the past three years. The Culpeper resident and longtime restaurateur unexpectedly died Sept. 5 of COVID-19. He was 75.