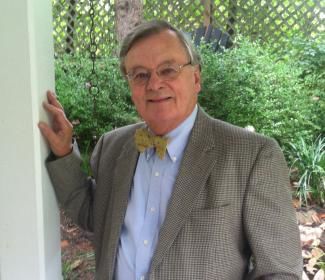 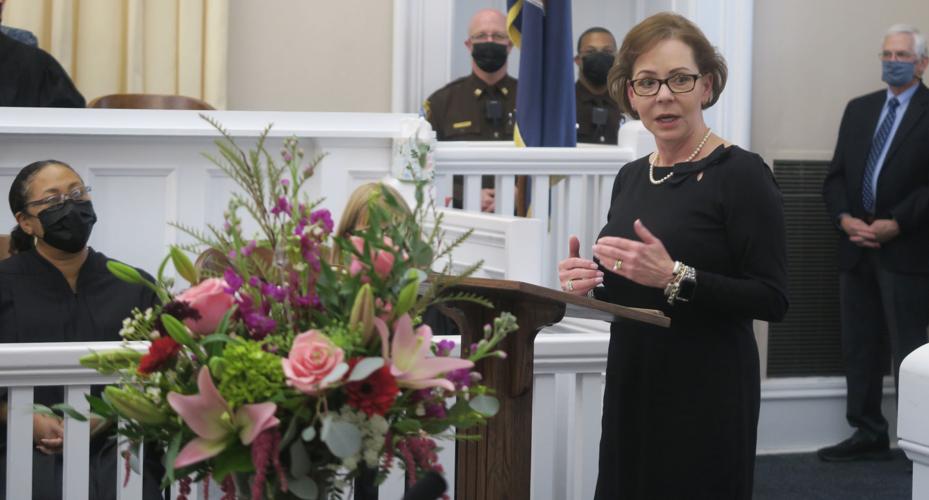 She frequently starts her interactions with drug court participants in this way.

“Looks like you had a good week,” Whitlock said. “25 days substance-free.”

Applause in the galley from the Drug Court Team for participant “Brandon,” a 21-year-old white male. He was close to moving to phase two of the five-phase structured program focused on providing a variety of services and consistent supervision for individuals battling addiction—versus incarceration.

“I am excited,” Brandon responded. “I actually started liking going to classes. It’s good to talk about it.”

Part of being in drug court is attending regular treatment offerings and meetings through community services and others. There’s a focus on building trust with the drug court team and being honest.

“Are you going to the gym? Whitlock asked.

Not this week, responded the young man, saying he played basketball instead. Brandon said he was not going out of his way to talk to people, especially old associates.

“I want to focus on myself,” he told the judge. “A lot of people are still drinking and smoking…don’t want to be around that crowd right now.”

History and the future

Brandon started drug court in early March in connection with a 2020 drug possession charge of sedative and Xanax-like pills.

He admitted to abusing drugs after being found by police slumped over a steering wheel in the parking lot of a local business. Brandon told cops he had used the highly addictive opioid, OxyContin, according to court records.

He met requirements for referral to drug court and was assessed as being at high risk/high need and to having moderate to severe substance abuse disorder. Brandon must abide by 15 requirements including not possessing or being around people with drugs, random drug tests and not owning or using a gun.

Drug court participant William, in the program since February, is a 56-year-old Black man and ex-con in the system for a while, most recently for a drunk in public charge and possessing PCP, back in 2019.

“I’m fine,” he told Judge Whitlock, asked how he was doing at the April 12 hearing.

She said, “You have done really well—33 days substance-free.”

Applause from the galley. The team granted him permission to go on a few-day vacation at a local ski resort with his daughter.

“You are close to going on to phase two as well,” Whitlock said of the 14-month program.

William said 2022 was going to be his year, that he was starting his own business.

“I design mountain bikes,” he told the judge, to which she responded, “We are really proud of you.”

‘I became a convert’

Retired Charlottesville Circuit Judge Edward Hogshire filled in for Whitlock at drug court on May 2 with William and Brandon checking in, and a new participant enrolled, 29-year-old Wayne, a white male with a history of substance use disorder.

Hogshire, who works as a University of Virginia School of Law lecturer, recalled his 16 years presiding over the Charlottesville-Albemarle Drug Treatment Court. He said he was not a believer in the program at first.

“But after a year or two or watching people grow and change and have a life, I became a convert,” Hogshire said. “I am so excited Culpeper has a drug treatment court.”

He commended participants, saying it was taking the hard way with all the hassle, testing and accountability drug court involves.

Hogshire said it’s worth it, especially with access to treatment and care options. He cited 400 graduates of the Charlottesville program.

“The majority go on to have productive lives they never would have had without the program,” the judge said. “I encourage you to stay with it.”

Brandon told the substitute judge he’s trying to help himself, that he was living in Richmond prior to getting enrolled in drug court. He said he talks weekly talks with a mentor and was going to the Outer Banks with his family.

“Will you stay away from people, places and things that might be a problem?” Hogshire asked.

“Yes,” Brandon replied. “They know my situation and have been supportive,” he said of his family.

Hogshire came off the bench in the general district courtroom to present a certificate to the 21-year-old for completing phase one of the program. The judge shook his hand, “Congratulations.”

Culpeper County Criminal Justice Services Director Andrew Lawson, acting drug court coordinator, stood up in the courtroom to tell Brandon how proud everyone is of him for the progress.

Two months ago, Brandon did not think that was possible, commented a social worker part of the drug court team.

He has been responsible and easy to work with, added drug court team member, defense attorney Monica Chernin.

Hogshire encouraged camaraderie among drug court participants, saying they can offer strength when things get tough.

Checking in from vacation via video conference, William addressed Brandon: “I’m proud of you, man, love you man, be safe.”

William checked in next.

“Looks like you are working hard in the program, and remaining drug and alcohol-free,” Hogshire addressed the TV screen.

William responded he was trying to get his life back. The 14-month program will be accomplished together, as a group, he added. He mentioned his young daughter and said he just got his driver’s license back.

“Trying to be a better father for my kid and member of society,” William said. “I love church, been in NA for years…I am just trying to stay focused for the rest of my life.”

Hogshire wished him good luck in the program and said he looked forward to his successes.

Last to check in at drug court was the newbie, Wayne. He told the retired judge he wanted to live a sober life and be a productive member of society.

Wayne said he was grateful to be in the drug court program and attending recovery classes 12 hours per week. He completed the program at Boxwood Recovery Center in Culpeper, 30 days, following a probation violation in 2021.

“It works if you work,” Wayne said.

“Good for you,” Hogshire replied. “This program will need for you to help with the others. You will help each other through because it’s not easy.”

The social worker commented if participants commit themselves they will do very well.

All three Culpeper drug court participants remain in compliance with the program as they work toward the next level.

In the final chapter, phase five, participants go to court monthly and continue to engage with treatment, supervision, medical needs and changing people, places and things.

In the final phase, participants continue to review their case plan, with monthly office visits and visits from the team to their home. They are to maintain housing, be subject to random drug testing, engage in a criminal thinking program, develop a continuing care plan and maintain a pro-social activity and sober network, according to the participant handbook developed by the team. Job training, parenting and family support and vocational training are also addressed at this phase prior to graduation.

This is the second in an occasional continuing series following the progress of the Culpeper Drug Court and its participants, whose real names are not used.

This AI designed, 3D-printed hyper-car gives us a glimpse of the future

More than half of Americans living paycheck to paycheck

More than half of Americans living paycheck to paycheck