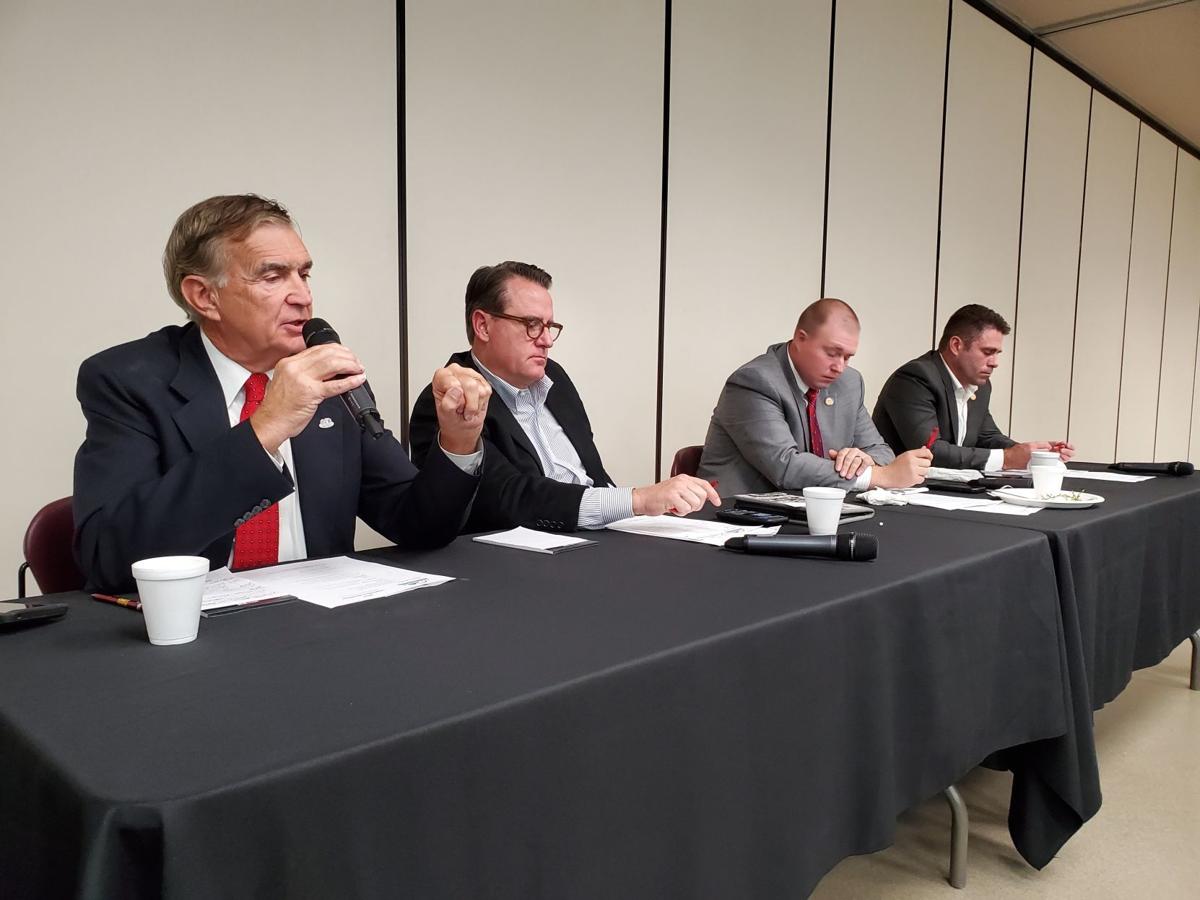 Virginia Lt. Governor Justin Fairfax bangs the gavel to being a special session of Virginia State in October at the Science Museum of Virginia in Richmond. 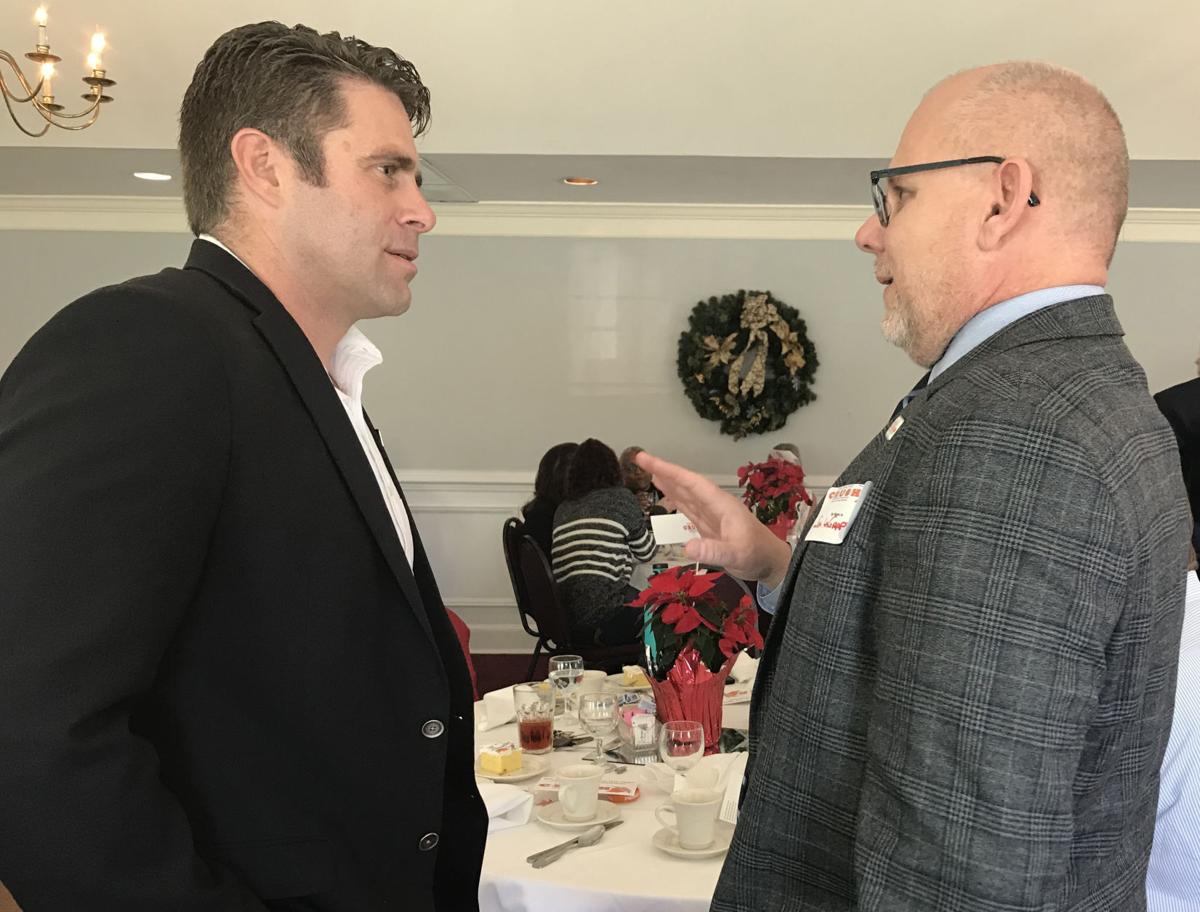 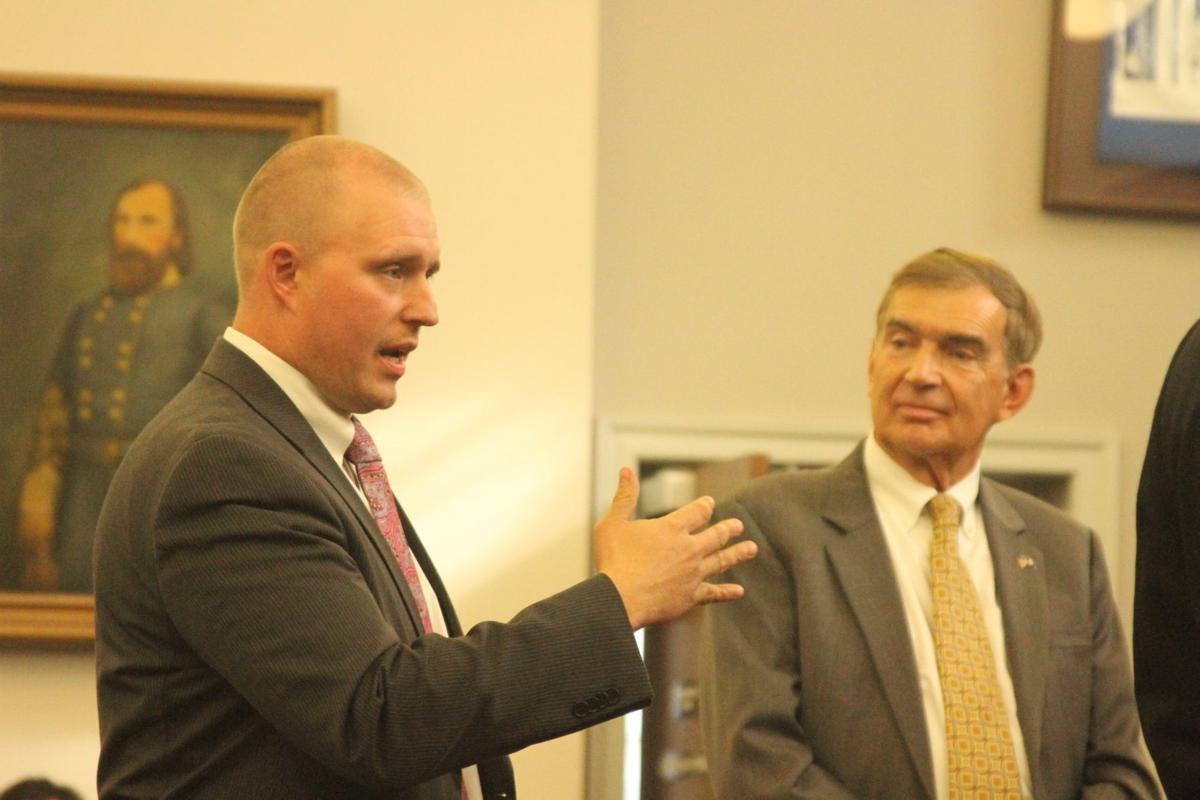 Del. Michael Webert, R-Marshall, talks with the Culpeper County Board of Supervisors in 2016 with State Sen. Emmett Hanger, R-Mount Solon. 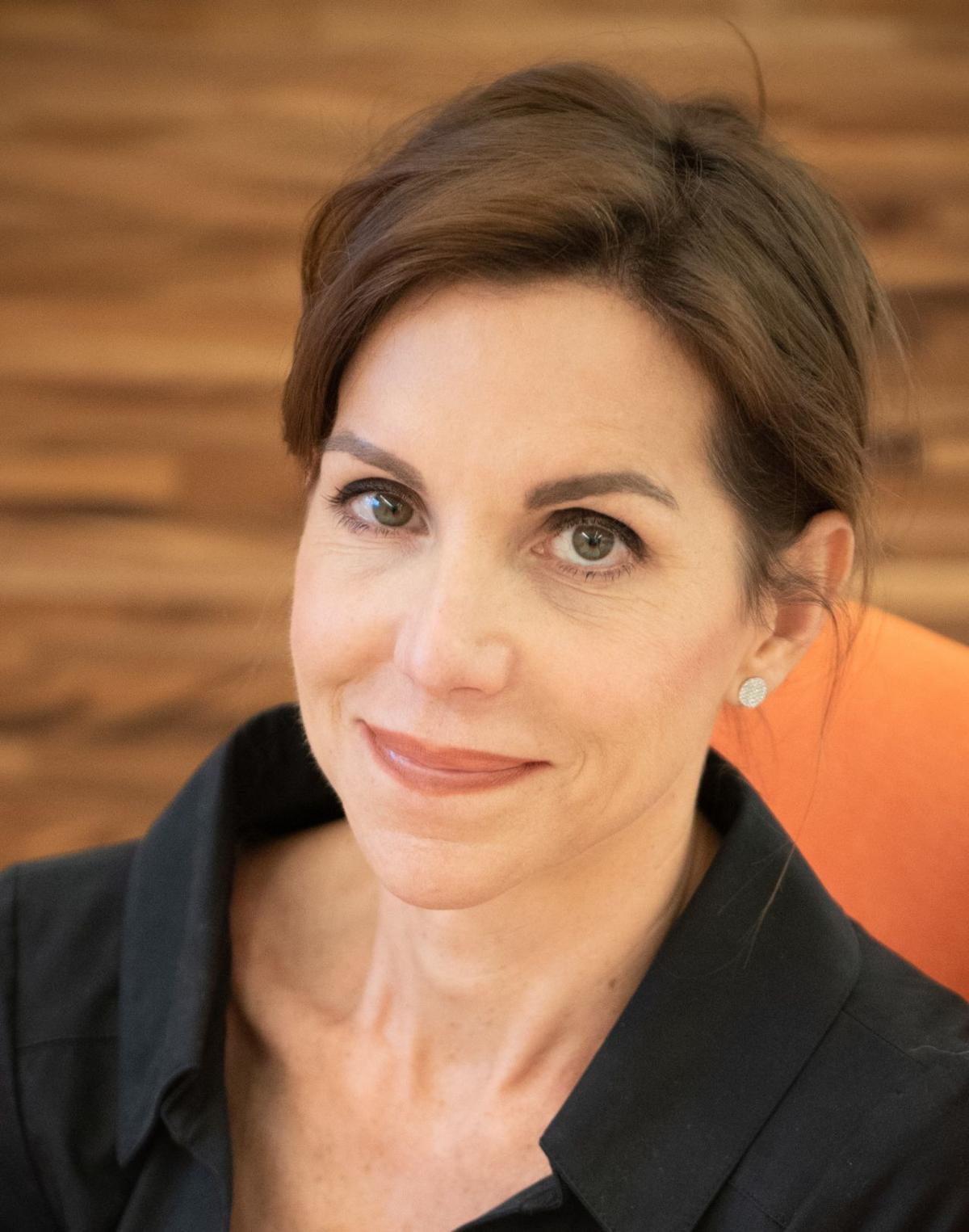 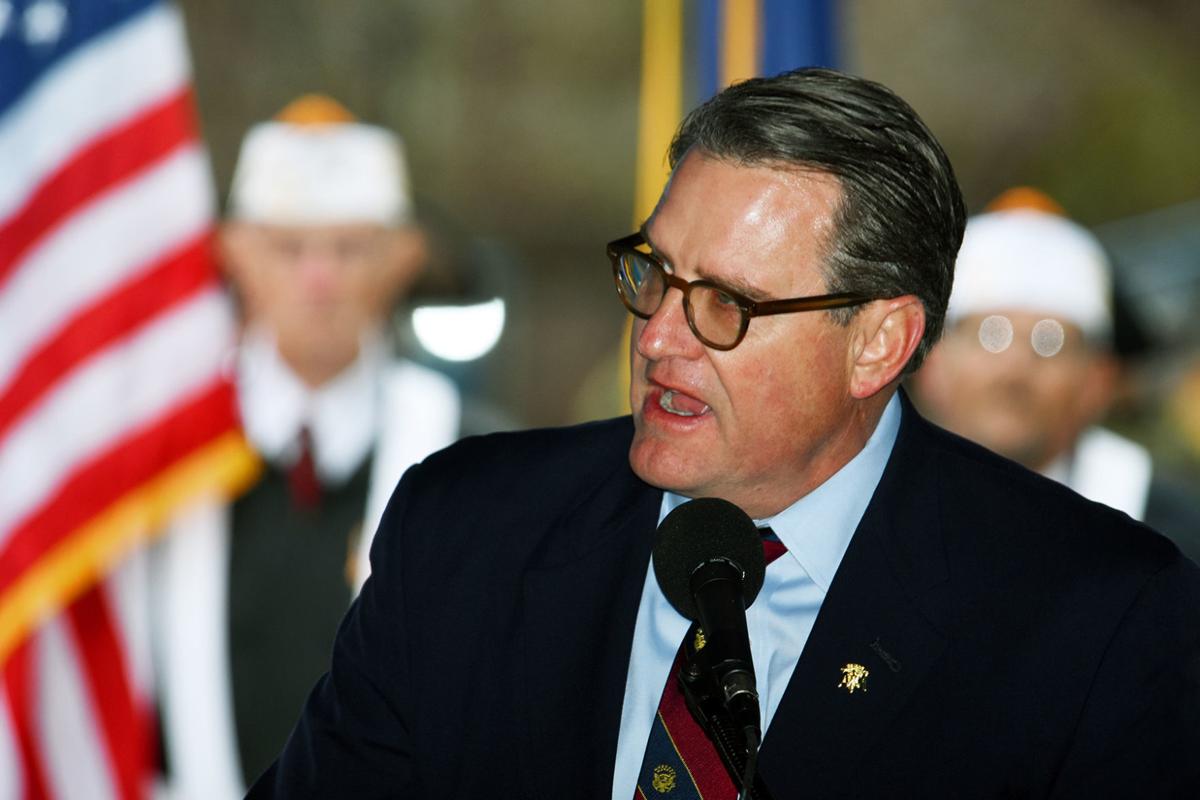 Healthcare, the economy and career education—while the state continues to function in a worsening pandemic—will be among the topics of focus for Culpeper area state legislators as the Virginia General Assembly convenes Wednesday for the 2021 Session.

Much of that one-on-one discussion this year was with Donna Staton, president of Novant UVA Health System Culpeper Medical Center.

She spoke out against any measures to eliminate the state’s Certificate of Public Need (COPN) application process that limits the number of medical facilities in Virginia.

“Now’s not the time to make any changes,” Staton said, adding COPN helps protect rural community hospitals that function as a safety net. She said the state regulatory process for adding new medical facilities “is really a way to ensure we are able to maintain the balance of equitable services to support the less fortunate, underinsured and uninsured.”

Opponents, however, say the process can squeeze out other low cost options while large hospitals ensure their beds are full.

Freitas remarked at the recent chamber conference, “There’s something that seems wrong about restricting competition and barring entrance to the market place.”

He said he understood the argument that reforming the process would force existing hospitals to compete with other providers, cutting into Medicaid and Medicare patients and reimbursements. Freitas said the average hospital spends millions per year on regulatory compliance and said the amount of required paperwork should be cut.

“I would like to see how we can reduce some of that burden to bring down your costs as opposed to just telling people it’s going to be more taxes or rationed care,” he said.

Staton said permitting the competition could be at the expense of quality. COPN provides guardrails for quality in healthcare, she said. Staton and Freitas agreed to speak more about the issue offline.

The local hospital president said the organization is very supportive of continued use of telehealth and reimbursements for it, which she said would drive down costs overall in healthcare while ensuring access.

“It is our number one priority to provide access to all,” she said.

Webert asked how much the associated hospital fee has increased since the state expansion in 2019 of the federal government healthcare for low income people. Staton said costs have risen an estimated 20 percent.

“We lose money on Medicaid patients, do not cover our expenses on it or Medicare,” she said. “I am supportive of funding for all patients and as we expand this safety net we have to look at creative funding sources to make sure that our hospitals are not disproportionately impacted.”

Staton said the Culpeper hospital sees a much higher level of Medicaid patients than its sister hospitals in Haymarket and Prince William.

Freitas asked what she envisioned as a “creative funding source” to cover the costs of Medicaid expansion being absorbed by hospitals, saying he was sympathetic to the situation. He said the phrase in the legislature typically means raising taxes.

“We are at a point right now where that would be incredibly difficult for a number of reasons,” Freitas said.

In closing remarks, the local delegate anticipated “a lot of debates” about healthcare in the ’21 session as well as holding the line on taxes.

“There will be significant issues with the budget as we look into potentially going into future lockdowns, things we had to explain to some colleagues, you can’t tax what you haven’t allowed someone else to learn,” Freitas said. “We are going to have to find more ways to allow people to safely and responsibly go to work.” He added rural internet would remain a big issue.

Hanger was the only one of Culpeper’s five state legislators to support the Medicaid expansion first made available through President Obama’s Affordable Care Act. He said at the recent chamber conference that Virginia was very fortunate to expand the federal program when it did because it helped solidify the states AAA bond rating.

Hanger took a lot of heat from his party for voting for Medicaid expansion in Virginia.

“Sometimes people forget when we represent rural areas we have a lot of people with modest incomes, a lot of elderly on Medicare,” he said. “Those people that do not have the resources to have insurance or pay out of pocket—they get served by our hospitals. They are not turned away. What happens is the hospitals have to suck it up with a lot of charity care.”

Hanger said last month there are about 494,000 individuals that have Medicaid benefits in Virginia and that number is expected to rise. He said some are supporting adding a Medicaid dental benefit, which he said he agreed with if the money in the budget could be found.

Hanger also said he would present a budget amendment in the 2021 session to fast-track the Germanna Community College health and science facility in Locust Grove as well as more state funding for career & technical education in the public school system.

Freitas spoke against the Democratic-led increase last spring to raise the minimum wage in Virginia, going to $9.50/hour effective May 1 compared to $7.50. He expressed concerns about impacts of the increase on small business and employment.

A spike in the minimum wage can increase youth unemployment, Freitas said. Like many colleagues on both sides of the aisle, the local delegate supported expansion of career and technical education.

“You will see a lot of agreement on this, to expand those programs and also to reduce the regulatory and tax burdens on small business,” Freitas said.

Snider, speaking for Reeves in closing remarks, said the state senator typically is in like mind with the positions of Freitas.

“We share the same concerns,” Snider said. “In addition to being a legislator, (Reeves) is a small business owner—owns commercial property in addition to an insurance agency with his wife. He is experiencing the same difficulties that we all are.”

“Given the current political climate and the makeup of the legislature, for the most part we are going to be playing defense,” he said.

Senator Vogel, on her way to another meeting during the recent Culpeper Chamber Zoom session, said she was happy to work for the local community during the legislative session: “I’m hoping you will communicate with me as we go forward.”

Blizzard, rain, and snow to hinder Central and Eastern US weekend weather

Blizzard, rain, and snow to hinder Central and Eastern US weekend weather

Virginia Lt. Governor Justin Fairfax bangs the gavel to being a special session of Virginia State in October at the Science Museum of Virginia in Richmond.

Del. Michael Webert, R-Marshall, talks with the Culpeper County Board of Supervisors in 2016 with State Sen. Emmett Hanger, R-Mount Solon.