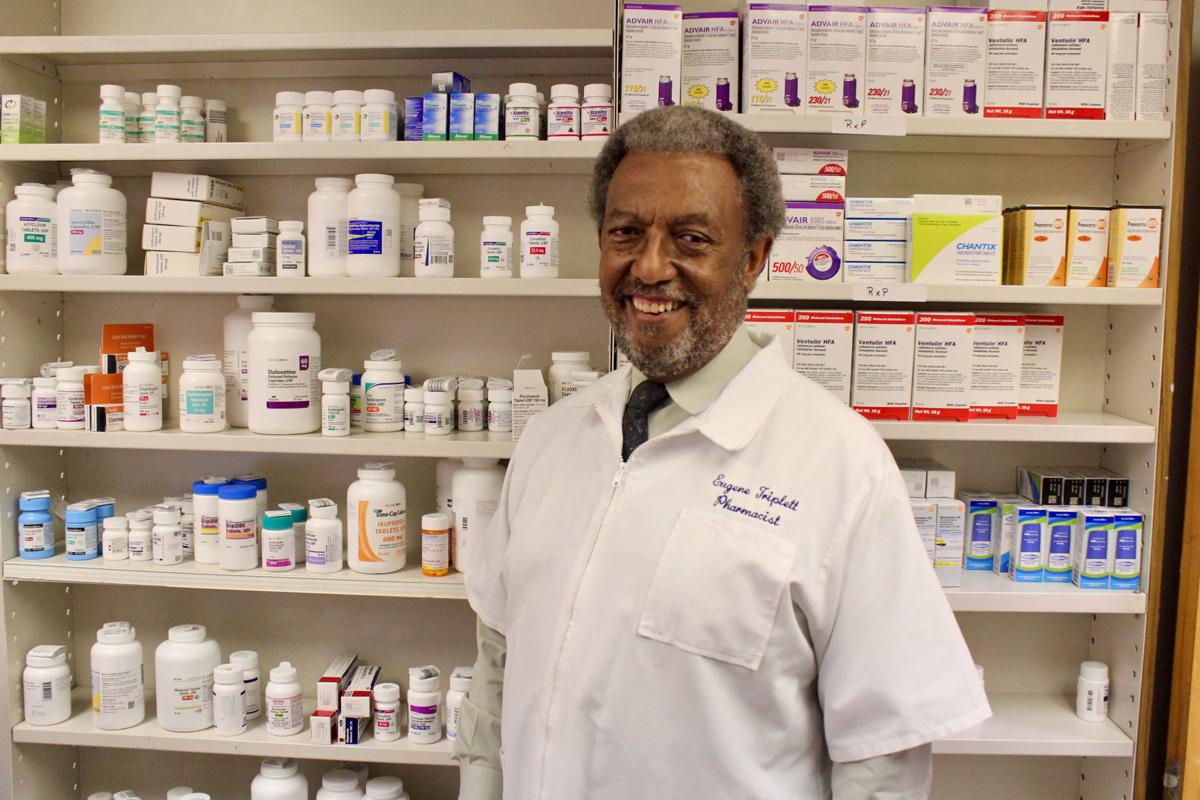 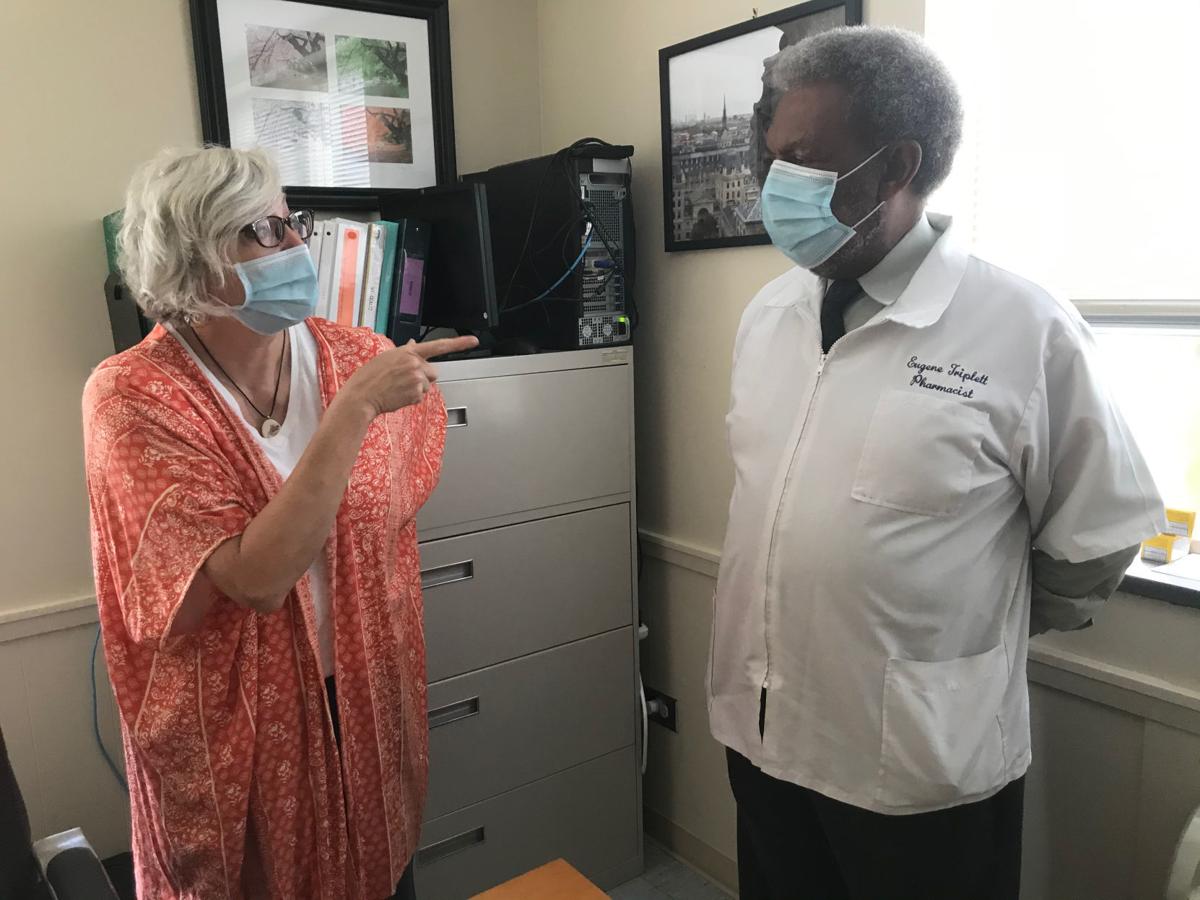 Tammy LaGraffe (left), director of The Free Clinic of Culpeper, chats with pharmacist-in-charge Eugene Triplett in her office on Friday. 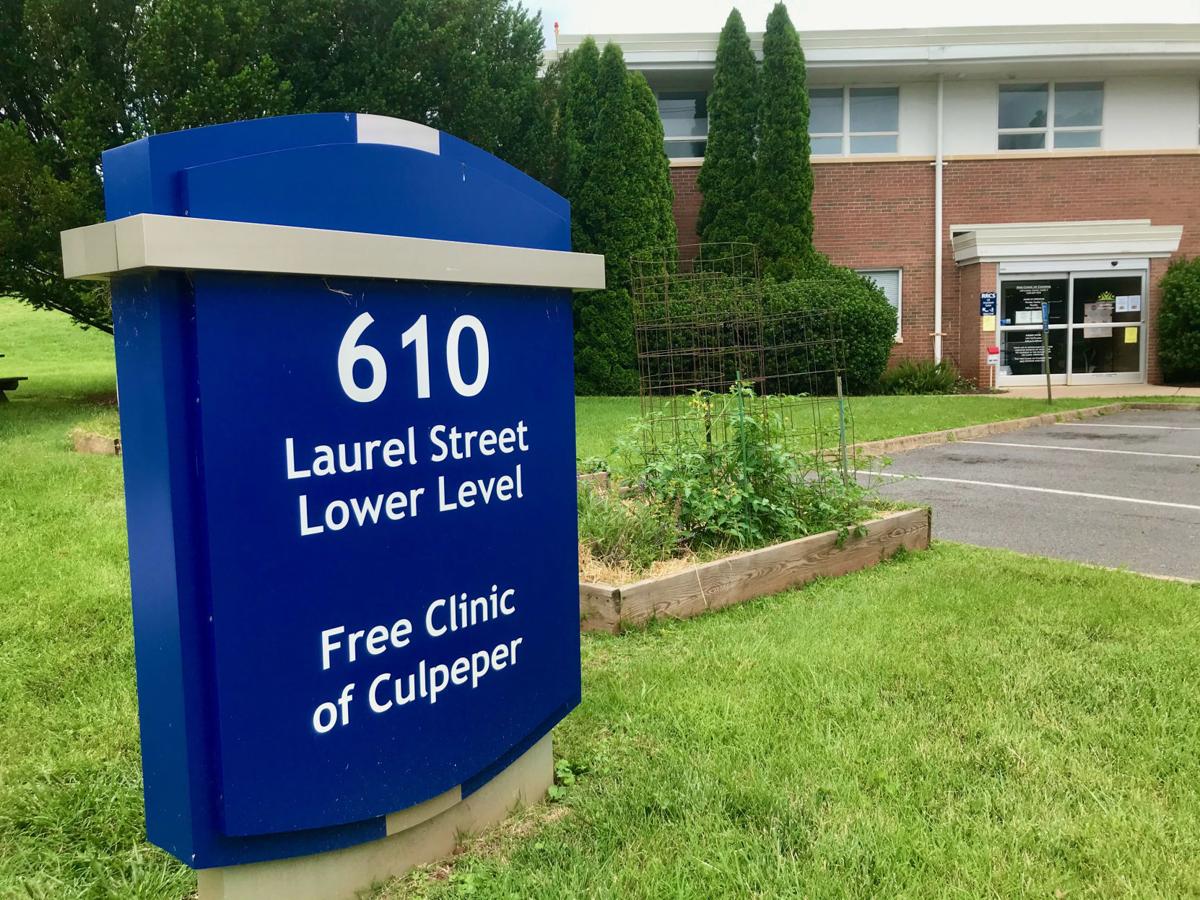 A distinctive sign leads patients to The Free Clinic of Culpeper on Laurel Street near the Culpeper hospital.

The Star-Exponent “Hometown Profiles” series seeks to identify those in our community who are making a difference in this tough and unusual time—whether medical staff or grocery store stockers, delivery people or business owners—all those going out of their way to provide a unique service, or doing something out of the ordinary to help others.

Features will appear about these community heroes on Sundays through June 28, when a special section will recognize additional individuals and businesses.

If you wish to nominate someone, entries may be submitted by email to news@starexponent.com. The name, locality and phone number of the person submitting the nomination must be included, as well as name and contact information for the person being nominated.

Hundreds of people have healthier, more productive lives because of Eugene Triplett.

For 20-plus years, the pharmacist has been one of the mainstays that keep The Free Clinic of Culpeper going. Every week, he volunteers for a couple of days at the clinic next to Culpeper Medical Center, orders medications, fills dozens of patients’ prescriptions, consults with them to avoid medical complications and monitors their progress.

And for many of those years, Triplett toiled at the clinic while operating an independent pharmacy in Locust Grove, running a small farm, and serving on the boards of the clinic and the Culpeper hospital. Selflessly, he has streamlined the clinic’s pharmacy operations and upgraded its pharmacy software and technology.

“Eugene is one of the heart-and-soul people here,” Tammy LaGraffe, the clinic’s director, said Saturday of the man.

Triplett’s efforts have grown even more valuable as the clinic has found it increasingly hard to find pharmacists willing to volunteer some hours to help its staff meet the health needs of Culpeper’s uninsured and less fortunate residents, said LaGraffe, a registered nurse.

“Eugene has just been a godsend for the Free Clinic,” Landry said. “As it has become more difficult to find volunteer pharmacists, Eugene has made sure that our patients have the medication they need. He is so quiet and so humble, and has been pretty much unflappable when challenges arise. I truly don’t know what we would do without him.”

In 2018, Triplett was named a statewide Champion of Health Care by the Virginia Association of Free & Charitable Clinics, recognized as someone who has made a big difference in Virginia’s health safety net. The group’s awards spotlight community leaders who improve people’s quality of life by demonstrating “significant contribution, support, and commitment to free clinics.” Triplett was recognized at the association’s annual conference.

But over the course of two recent conversations at the clinic, he didn’t even mention that honor.

He’d rather joke about how he got into the trade or discuss the state of American health care.

Culpeper County native Eugene Triplett’s life took a jog or two before he stepped onto the path that became his life’s work.

Triplett, who grew up in a Brandy Station farming family, graduated from Culpeper County High School and set his sights on going into electronics, like his brother. Yet, as a student at Germanna Community College, he realized he had little aptitude for mechanical drawing, a prerequisite for electrical engineering. But he loved chemistry.

Then, while working as an orderly at Culpeper’s hospital, Triplett got to know its pharmacist, Bob Hale.

“All Bob Hale used to do was walk up and down the halls, drinking a cup of coffee and flirting with the nurses,” he recalled. “I thought, ‘That’s the kind of job I want.’ So when I wasn’t working, I’d hang out in the pharmacy and talk with him. He’d let me pick his brain.”

In 1977, after five years of education at Germanna and the Medical College of Virginia in Richmond, Triplett graduated from MCV and became a pharmacist with Drug Fair. In 1984, when local physician David Shenck opened a clinic near Lake of the Woods in eastern Orange County, Triplett started his pharmacy in a small shopping center—still there today—at Wilderness Corner.

In pharmacy school, he learned how drugs can have a huge impact on people’s welfare, enabling them to earn a livelihood, even saving lives.

Triplett speaks with passion about the miraculous benefits of penicillin and other antibiotics or of vaccines such as the winter flu shot. Thanks to drug therapy, he notes that the common cold no longer kills people and children no longer die of pneumonia, once a common occurrence.

He has gained a lifetime’s worth of perspective on American medicine, and doesn’t spare his criticism.

“Look at what happens to the uninsured,” Triplett said. “We live in one of the richest countries on earth, and you’d think more people would have health care. But it all boils down to dollars and cents.”

He regrets people’s waning willingness to volunteer in their communities and faults pharmacy benefit managers, the middlemen for insurance companies that dominate the pricing of drugs.

As drug prices have skyrocketed, Triplett said he has seen how that hurts people who need, but cannot afford, life-saving asthma medication or insulin and other prescription medicines.

His years of helping the Free Clinic grew out of the examples set by his father and grandfather, he said, as well as Christ’s teaching that is “more blessed to give than to receive.”

“I’ve always liked to help people and make a difference,” Triplett said. “That goes back to being a kid and watching my grandfather, who had a huge garden in his late 80s, growing vegetables and giving them away to widows and ladies.

“As a kid, I couldn’t understand why my grandad wasn’t charging people. But he got just as much pleasure out of helping folks as in getting paid.”

At age 67, Triplett—with friends in the Minority & Veteran Farmers of the Piedmont—grows acres of vegetables at The Carver Center near Rapidan to feed scores of people in Madison and Culpeper counties. The farmers’ group has supplied three area food banks, most lately the Madison Emergency Services Association.

Remembering the fight to save Sweet Briar College

US: Rockets hit airbase in Iraq hosting US troops

US: Rockets hit airbase in Iraq hosting US troops

Tammy LaGraffe (left), director of The Free Clinic of Culpeper, chats with pharmacist-in-charge Eugene Triplett in her office on Friday.

A distinctive sign leads patients to The Free Clinic of Culpeper on Laurel Street near the Culpeper hospital.