In the works: Wireless internet expansion, COVID relief for Culpeper parents
4 comments
Share this
{{featured_button_text}}
1 of 2 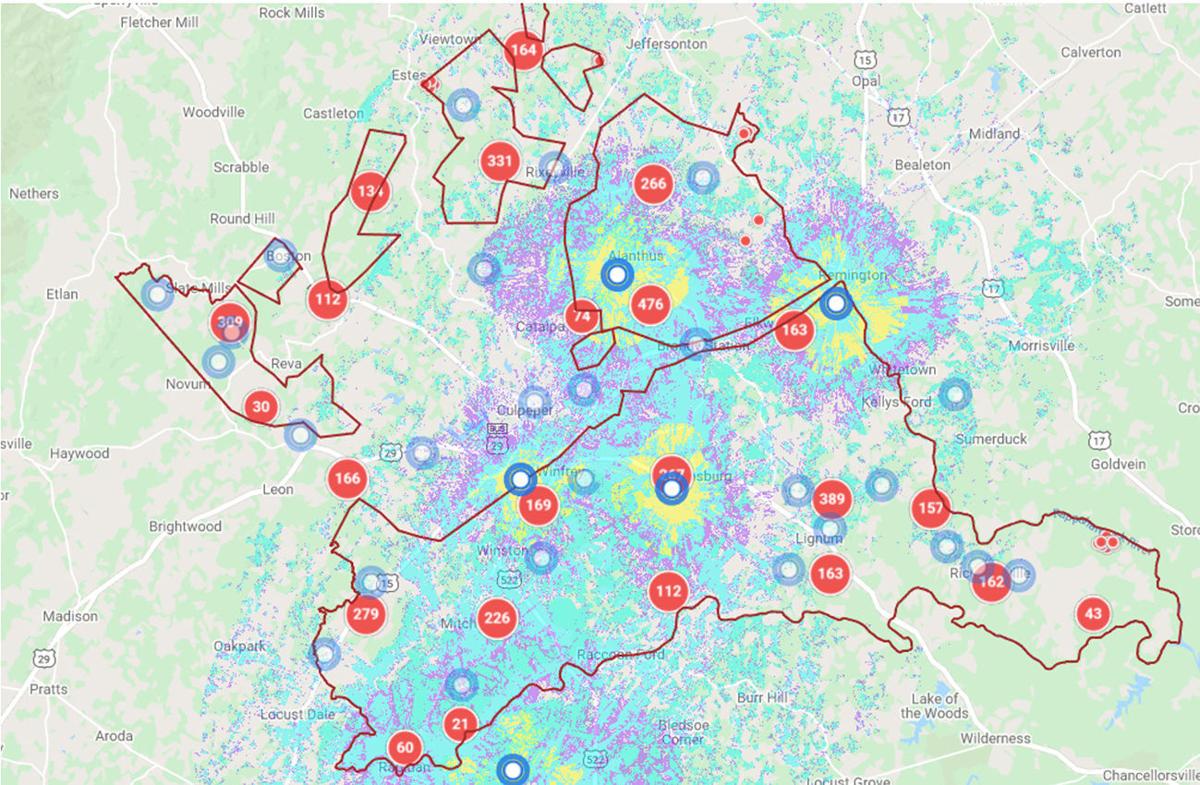 Culpeper County is considering a $3.2 million plan to deploy fixed wireless infrastructure to these areas around the county that currently lack high speed internet access. 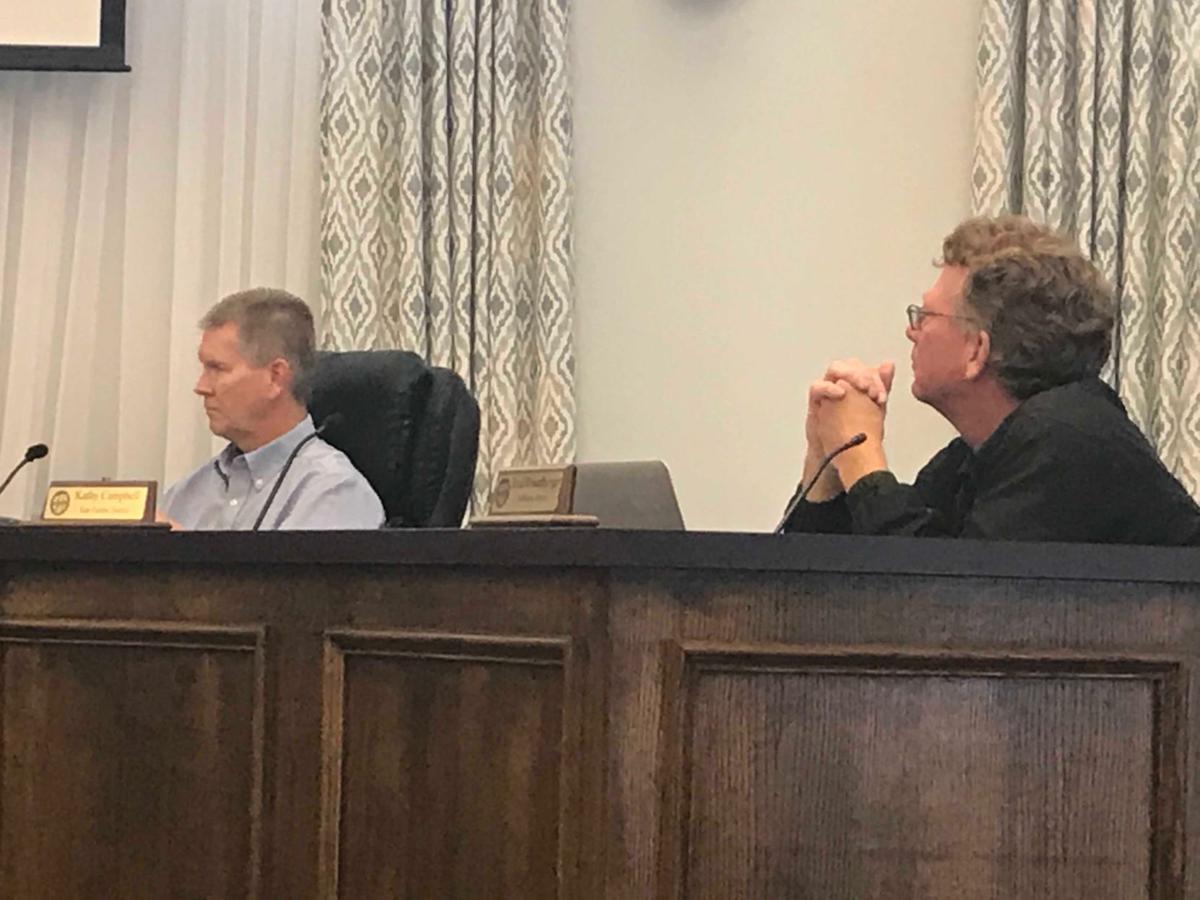 Culpeper County appears to be taking tangible steps toward boosting internet service to thousands of unserved rural homes—within the next six to nine months.

The Board of Supervisors is also refining a program to distribute one-time COVID-19 relief grants to the parents or guardians of public school students.

Such were the highlights from Tuesday’s meetings of the Public Works Committee and Rules Committee. Federal CARES Act COVID-19 relief funding —of which the county received nearly $6 million—will primarily fund both of the programs.

Carr urged citizens to confirm the status of their internet access at www.fiber.allpointsbroadband.com.

For an investment of $3.2 million, the infrastructure would reach around 3,800 homes, Carr said. Then All Points Broadband would sell monthly services to residents costing in the range of $60 to $100. It would also service, support and maintain the network.

“We could commence as soon as possible,” Carr told the committee Tuesday. “It’s a lot of equipment, a lot of towers, a lot to outfit.”

The wireless infrastructure would take six to nine months to be operational and would stay in place for at least three years. After three years, the company hopes to see finalized an arrangement with Dominion Power that would construct middle-mile fiber on major roads in rural areas of the county.

All Points Broadband would then construct “last mile fiber” to individual homes for high-speed internet not on a wireless network. Carr said they also plan to engage with Rappahannock Electric Cooperative for the project.

The Rules Committee took no action on the presentation that included two other, less expensive options for wireless deployment, which would reach fewer houses. The item is slated to go the full board at its Dec. 2 meeting.

As for the proposal to give money to financially-strapped parents teaching kids at home due to the pandemic, Supervisors Tom Underwood and Jack Frazier are leading the initiative. Underwood made the motion last month to divert $360,000 in CARES Act money to parents from the public school system, reasoning schools should not get that money since in-person classes are only being held twice a week.

The motion passed, raising ire among local teachers carrying the same workload, and more, with the hybrid virtual model.

Funds would be distributed through the program to parents or guardians who had to reduce work hours or quit their jobs to assist with their child’s education at home. Or, they have had to pay more for childcare because of the fact that local schools are not meeting in-person five days a week. The money would go to parents of children in kindergarten through sixth grade.

While Culpeper County Government cannot legally distribute funds through such a program, Culpeper Human Services could. The committee agreed to double the amount for the program to $720,000 – using the original school allocation it diverted and a match from the general fund.

The entire amount, however, is in fact CARES Act money since the county has already used some $3 million of the federal dollars to cover payroll for the sheriff’s office and emergency management, as allowed. All of the COVID-19 relief has substantially padded the county’s general fund savings account so that it’s now $25 million compared to $14 million last year, Finance Director Valarie Lamb told the board on Tuesday.

In addition, local sales tax revenues are up 11 percent compared to this time last year. County revenues are up overall by $2.1 million while spending is down $2.7 million, Lamb said.

After discussion, the Rules Committee passed a motion that the program would cover job loss or childcare expenses, but only for the first quarter of the 2020-21 school year. A lot of local children and their parents have been home since March of the 2019-2020 school year due to many opting to do 100 percent virtual.

If approved, the program would distribute funds pro rata based on the number of successful applicants per household.

Applicants will need to show proof of loss of income or increase in expenses due to COVID-19 and the current school situation. Officials estimated parents of some 4,500 elementary students could qualify.

Underwood said the verification process should not be too cumbersome.

“Rather than something thoroughly checked, we need to rely on the constituent,” he said. “Rely on those that need the assistance to be able to apply.”

He said those who are self-employed would likely be the neediest, but might lack documentation. Such parents usually don’t rely on government aid programs, but they are the ones who are truly hurting in these unprecedented times, Underwood said.

Supervisor Paul Bates disagreed with not requiring documentation, saying, “I can see that being an issue—basically writing a blank check across the board.”

County Attorney Bobbi Jo Alexis said applicants could sign an affidavit swearing not to make misstatements about lost income or extra childcare costs due to COVID-19 or face strict penalties for fraud.

Culpeper Board Chairman Gary Deal specified, and the committee agreed, that the relief program would not include those parents at home full-time collecting government assistance. The program would also not likely apply to parents of private school students since most local private schools are operating 100 percent in-person.

Underwood urged acting quickly, at December’s board meeting, to approve the program. He even suggested raising the pot to $2 million so as to provide greater grants than the estimated $250 award if half of qualifying parents applied. Deal said he would have to think about that.

Culpeper Human Services Director Lisa Peacock said her agency would “do whatever we need to do” to implement the program after expressing concern that her staff might be overwhelmed during this especially busy time of year.

Underwood characterized the situation as “a true emergency” and said there might be ways to “marshal” other county staff to help human services with the program.

The race to get Virginians vaccinated amplified on Monday as the state confirmed its first case of a COVID-19 strain that's more contagious and potentially deadlier than current virus.

Local health district officials stress they are not going door to door, asking about the vaccine. A person reportedly did that in Spotsylvania County.

Movies in a Minute: "The Little Things"

Culpeper County is considering a $3.2 million plan to deploy fixed wireless infrastructure to these areas around the county that currently lack high speed internet access.