A 2010 aerial view of Coffeewood Correctional Center in the Mitchells area of Culpeper County. 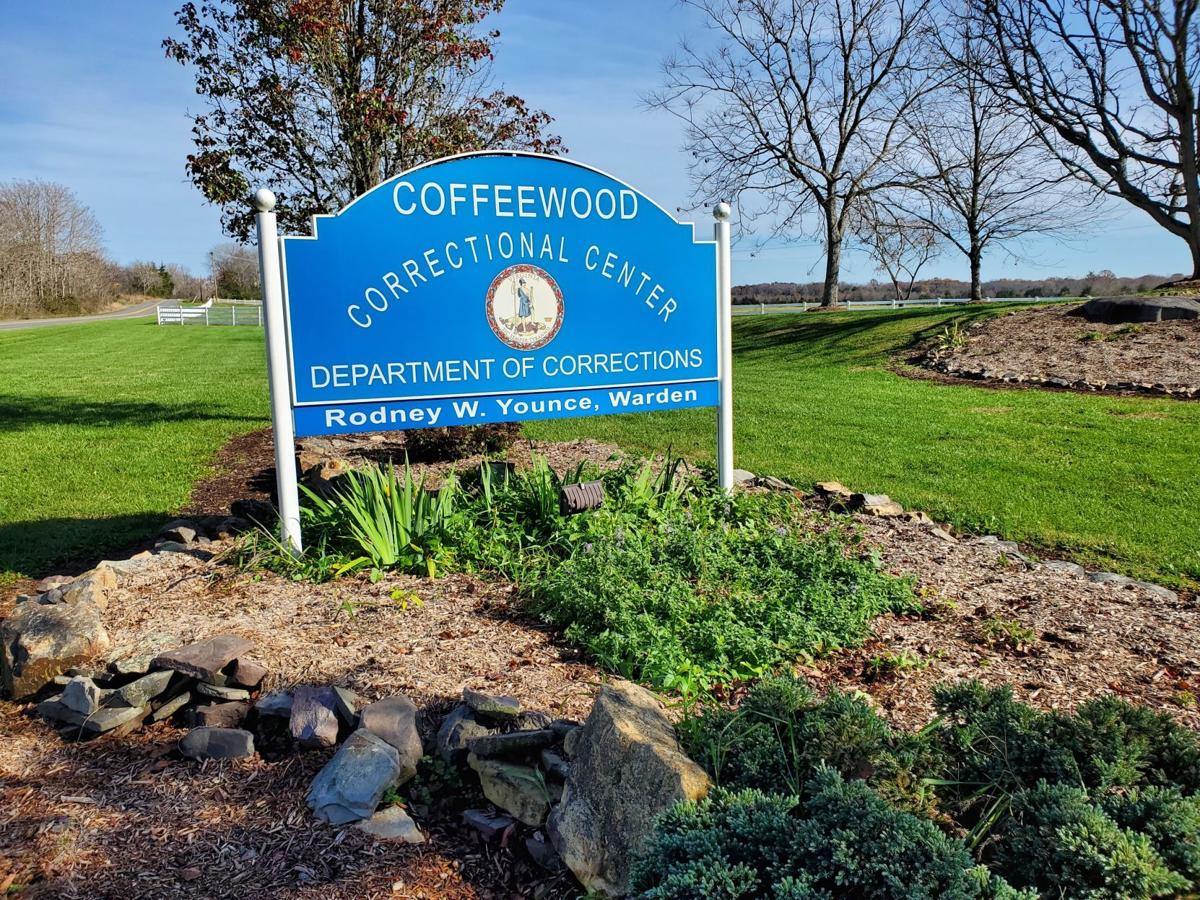 Daralicia Smith Saunders fears her husband will die of COVID-19 while currently incarcerated at Coffeewood Correctional Facility in Culpeper County.

Benjamin E. Saunders has been in the state prison for about a year serving a seven-year sentence stemming from probation violations on a previous, underlying drug charge.

Coffeewood, situated in rural Mitchells, currently has the largest outbreak statewide of the novel coronavirus, among both inmates and staff members.

“I’m scared he is going to wind up dead and me not being able to be by his side or say good-bye,” Mrs. Saunders said of her 52-year-old spouse in a phone conversation on Friday, her voice shaking.

As of Friday, he was not positive for the virus, but others in the same facility were.

Virginia Dept. of Corrections reported 207 prisoners at Coffeewood or 23 percent of the total imprisoned population positive with COVID-19 as of Nov. 13. This includes four convicts currently hospitalized with the infectious respiratory illness.

Another 20 staff were listed as currently positive as of Friday afternoon—two more than Friday morning. No reported deaths were associated with the medium security men’s prison with a total average daily population of 889. A few COVID-19 cases among Coffeewood inmates and staff were first reported in July and have since substantially broadened, especially in recent weeks.

Dept. of Corrections spokesman Greg Carter said the agency continues to plan for every possible contingency for dealing with the outbreak at Coffeewood, following CDC guidelines for corrections and working closely with the Virginia Department of Health.

“Coffeewood Correctional Center is able to operate efficiently,” he said, when asked about potential staff shortages due to isolation and quarantine periods away from the prison.

He said DOC’s medical epidemic and pandemic sanitation plan is extensive and being practiced at Coffeewood, “to ensure accurate sanitation during this pandemic while utilizing appropriate chemicals and approved personal protective equipment.”

Carter did not address a claim that COVID-19 was brought to Coffeewood by inmates transferred from other state facilities.

Asked how many low-level offenders at Coffeewood had been granted early release to stem the tide of the pandemic, per DOC guidelines, Carter said that number is not broken down by the institution—Virginia has approximately 40 facilities in its state prison system.

Statewide, DOC has granted early release to 975 inmates due to COVID-19 as of Oct. 25, he said. The figures do not include individuals released early from local or regional jails that the state is not responsible for, Carter said.

Daralicia Smith Saunders, a Harrisonburg resident who works as a shipping clerk at a manufacturing plant, said on Friday she has written the office of Gov. Ralph Northam about getting an early release from Coffeewood for her husband, Ben.

“It’s very hard. My son, he has really taken it bad,” Saunders said of the teen having problems at school before the pandemic. “Getting in trouble because he doesn’t have his dad.”

Mrs. Saunders said her husband has not yet tested positive for COVID-19, but has been exposed. She said he has diabetes, high blood pressure and pulmonary issues, underlying conditions all potentially leading to more serious virus cases.

She said he was separated from the rest of the prison population in the area typically reserved for visitors along with two dozen other men not currently positive for COVID-19. Mrs. Saunders said beds had been moved to the area, with one bathroom and questionable sanitation.

“My husband is worried because he is going to wind up catching it,” she said.

Benjamin E. Saunders was convicted June 13, 2019 by a judge in the Rockingham-Harrisonburg Adult Drug Court after pleading guilty to misdemeanor failure to appear, according to court records. The underlying charge, from 2014, was drug distribution, for which Saunders served three years.

He was subsequently charged with four probation violations and was out of touch with the system for a year, guilty of absconding, Daralicia Saunders said. According to court records, Benjamin Saunders had a 2008 conviction for drug possession, for which he was sentenced to 1.5 years in jail.

The Star-Exponent reached out to the Drug Court coordinator and governor’s office for comment, but both did not immediately respond.

Nonviolent offenses are at the top of the early prison release criteria that is considered, according to information provided by Carter. To be considered, inmates must have a viable and approved plan for being at home and be considered at low or medium risk for reoffending.

If you traveled for Thanksgiving, assume you have COVID-19, Dr. Birx says

If you traveled for Thanksgiving, assume you have COVID-19, Dr. Birx says

A 2010 aerial view of Coffeewood Correctional Center in the Mitchells area of Culpeper County.