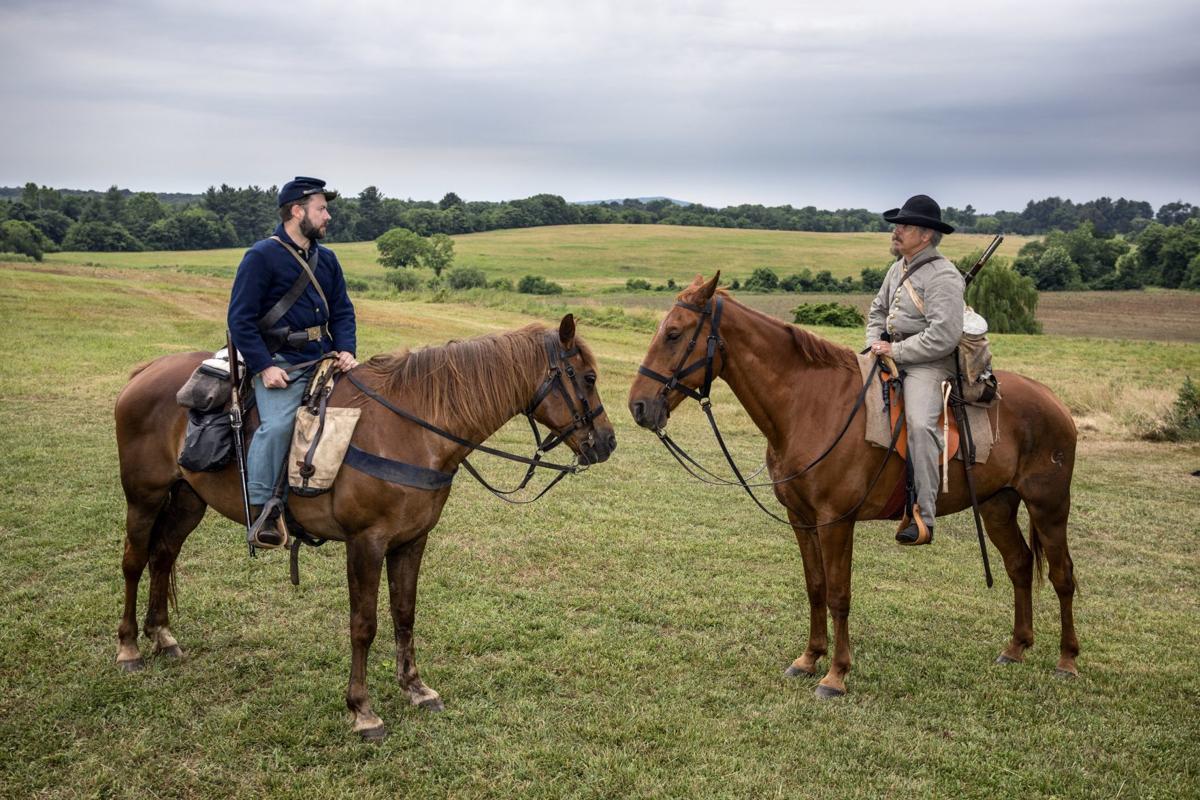 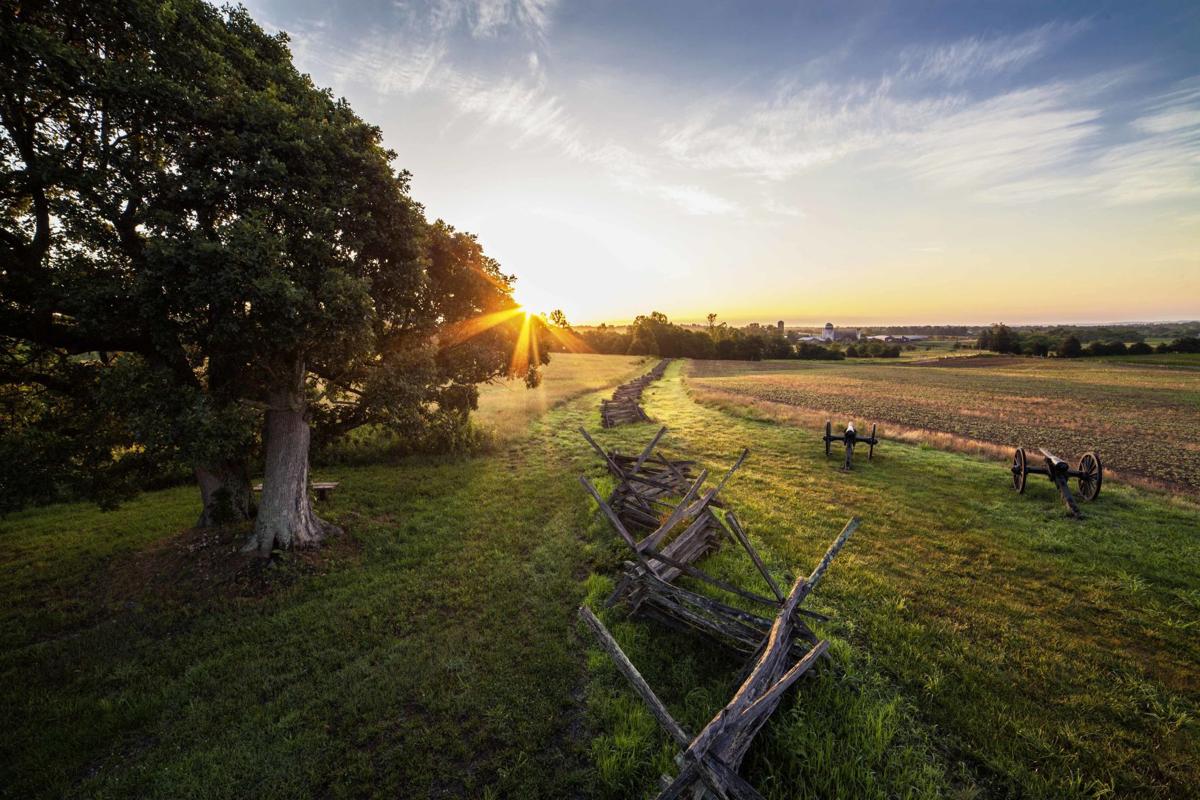 Culpeper’s battlefields boast many champions—from knowledgeable historians to environmental groups to tourism professionals, an ever-growing network of supporters touts their significance within Culpeper and beyond.

A diverse bunch of partners have banded together to befriend all of Culpeper County’s Civil War battlefields, the Friends of Culpeper Battlefields announced Tuesday.

Heralding “a new era ... for activism and conservation in the region,” the new entity aims to serve as a unifying organization that supports battlefield-focused preservation, stewardship and heritage tourism across the historic region.

Its governing board includes representatives of the American Battlefield Trust, the Brandy Station Foundation, the Culpeper Department of Tourism, the Friends of Cedar Mountain Battlefield, the Museum of Culpeper History and the Piedmont Environmental Council.

The friends group will build on the efforts of the Brandy Station & Cedar Mountain State Park Alliance, which recently succeeded in persuading the Virginia General Assembly to take the first step toward creating a state park that would encompass a number of Civil War sites in Culpeper.

The group’s founding chair is Camilla Strongin of Cedar Mountain Farm, an event venue near that 1862 battlefield in southwestern Culpeper County.

“Historians and preservationists everywhere owe a debt of gratitude to those in Culpeper who have steadfastly defended the region’s storied battlefields,” said Jim Campi, the trust’s chief policy officer. “With Camilla’s demonstrated commitment to caring for these caretakers, the trust is proud to stand with her as she leads a new organization whose time has certainly come.”

The new group will feature a wider lens and a longer vision, it said in a statement. All of Culpeper’s battlefields, including Civil War sites such as Morton’s Ford, Rappahannock Station and others, will require advocacy on many fronts until, and long after, Virginia establishes a Brandy Station and Cedar Mountain State Park, the friends said.

“Culpeper is blessed with a history as breathtaking as its natural beauty, and both require our careful stewardship,” said Strongin. “The success of the Friends of Culpeper Battlefields will rest not simply on helping to protect this special place, but on supporting those who have worked tirelessly to preserve what makes Culpeper so special, for this and future generations.”

Culpeper historian Clark B. Hall, who has for decades led a long and difficult campaign to save the county’s battlefields from being bulldozed for various developments, said Culpeper stands to reap wider acclaim for its dramatic, nationally important history and scenic, well-preserved landscapes.

“There is no place in the country like Culpeper; no place more historic, no place more inspiring—and no place more meaningful to me personally,” Hall said. “With the formation of Friends of Culpeper Battlefields and material progress toward a new state park, we are poised to receive the recognition that a place with historic resources as remarkable as our own deserves.”

“The American Battlefield Trust could not be more supportive of this initiative,” said Jim Lighthizer, the trust’s longtime president. “Friends of Culpeper Battlefields represents a dynamic, long-term vision for these exceptional sites, one that will ensure their protection and safekeeping for many years to come.

“The trust is ready to continue its decades-long commitment to the Brandy Station and Cedar Mountain battlefields by bolstering this new, community-driven effort to take a comprehensive view of the county’s heritage tourism, historic land conservation, stewardship and interpretation goals,” Lighthizer added.

Recent conversations among the friends’ partners underscored the need for a permanent, locally led and locally rooted successor to the alliance, the friends group said.

“What happened at Brandy Station and throughout Culpeper during the Civil War was a critical part of an altogether pivotal chapter in our American story,” Truitt said. “The work of the Friends of Culpeper Battlefields is essential to telling that story today.”

It will not supplant any existing group, but support and supplement them, bringing together battlefield advocates and synchronizing their efforts to maximizing their benefits to the battlefields and everyone involved, the friends said.

Key to that strategy will be increasing visitor spending as new audiences come to explore the region’s battlefields, the group said.

“Culpeper’s battlefields are each one-of-a-kind,” said Paige Read, the town of Culpeper’s director of tourism and economic development. “The heroism, the sacrifice and the history that these landscapes witnessed happened here alone. We cannot replace them if they are lost—which is what makes them authentic and worthwhile destinations.”

“With heritage tourism, success begets success,” Pierce said. “In Culpeper, our museum, our battlefields and our other historic sites are all complementary. The more we support one another, the more successful we are across the board.”

“For almost five decades, PEC has worked tirelessly to protect our region’s natural and historic resources,” said Miller, whose council is no stranger to working as a part of strong coalitions. “Together with our conservation partners, we have conserved some of our most treasured historic landscapes and hallowed ground. We are excited to join with those same partners in the creation of the Friends of Culpeper Battlefields, whose efforts will focus on amplifying the work of all of our organizations as we continue to promote and protect these places for generations to come.

“When we preserve the open lands beneath our battlefields, we also provide opportunities for public access, strengthen rural economies and protect tremendous natural resources, such as agricultural lands and habitat for wildlife,” he said.

The friends’ partners began meeting in January, and continued their discussions in February and March before COVID-19 developments overwhelmed everything, and made travel and physical meetings problematic, Strongin said in an interview.

Before the coronavirus crisis erupted, the group had planned events for a “soft launch,” including an Earth Day event at the Brandy Station battlefield, breakfast on a battlefield, and hosting the Liberty Rifles re-enactment group at Brandy Station, Strongin said.

“Maybe now we’ve reached a point where there’s a window that we can start talking about events, and thinking about when restrictions might be lifted,” she told the Star-Exponent.

The Friends of Culpeper Battlefields encourages people who were following the state park alliance online to visit, and perhaps relocate to, its new website, culpeperbattlefields.org, and Facebook page, Strongin said.