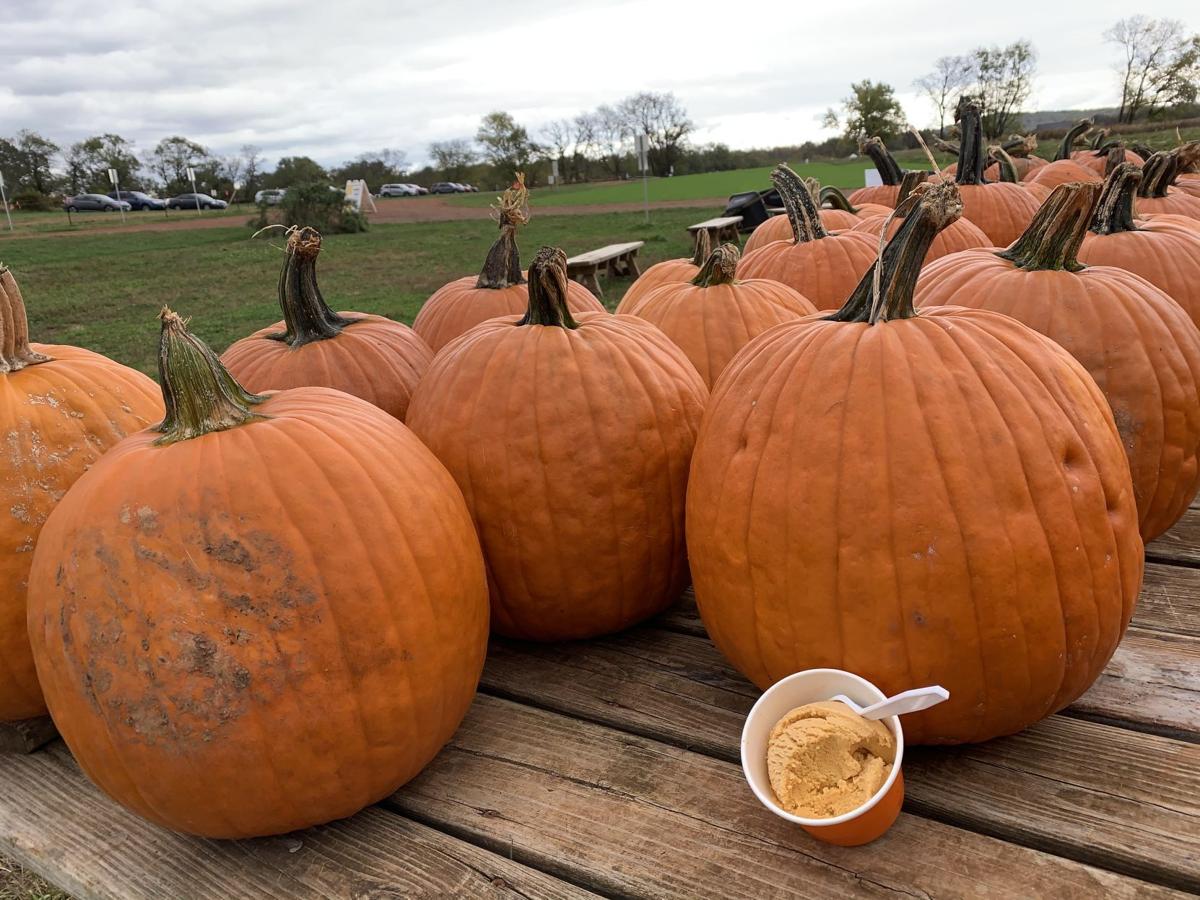 In addition to its famous corn maze, Liberty Mills Farm is replete with pumpkins for the public’s picking during Halloween season. 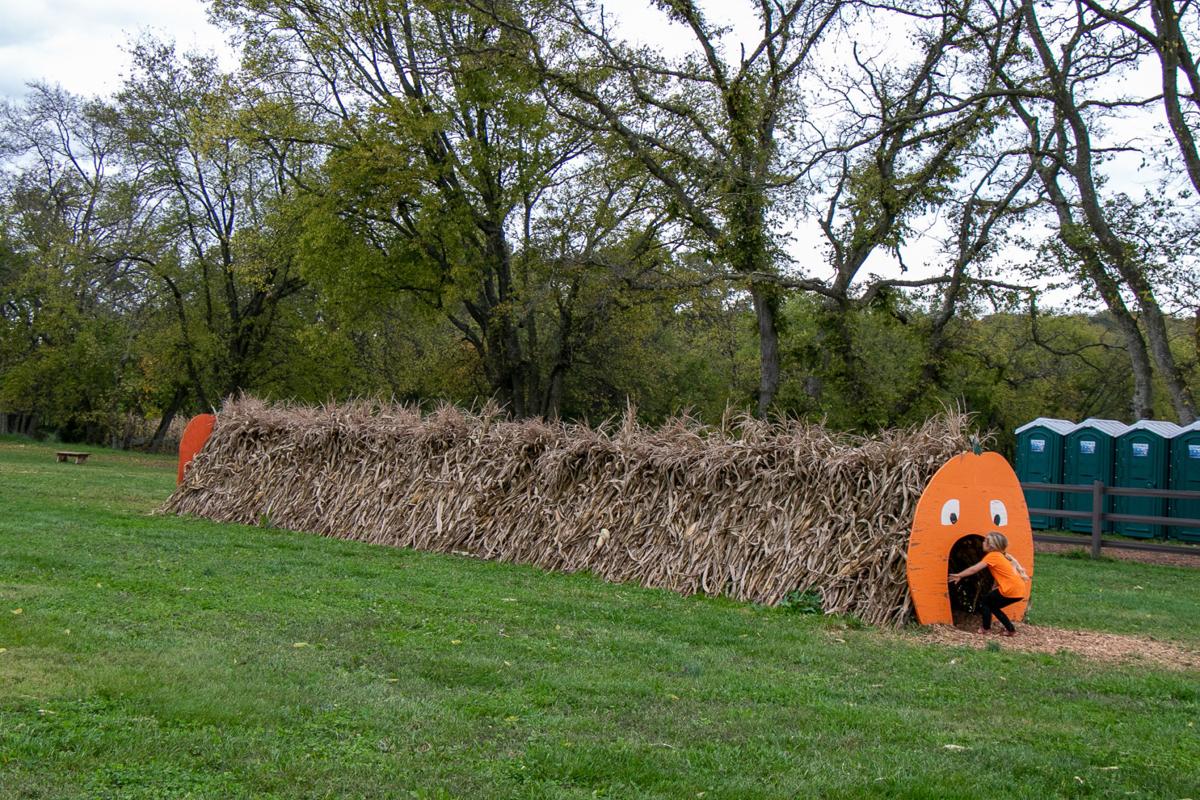 A child prepares to enter a hay tunnel at Liberty Mills Farm in Somerset on Saturday, Oct. 17. 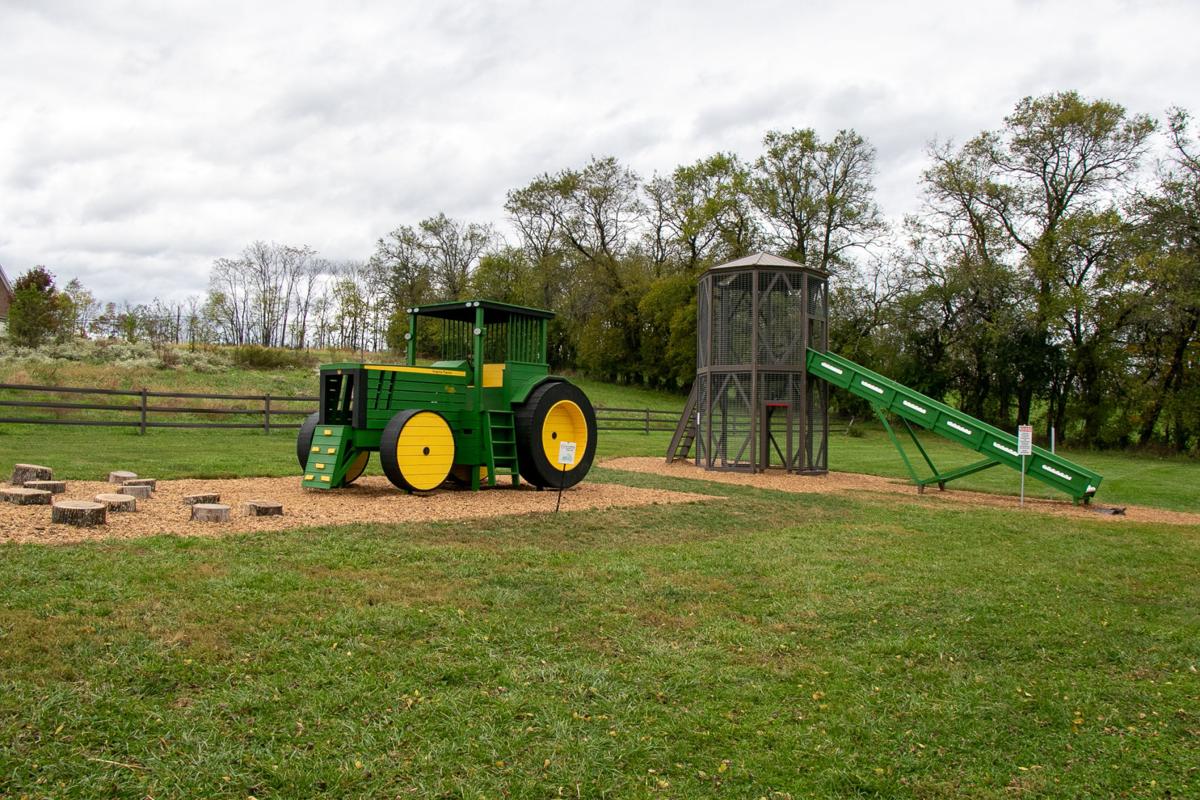 A playground is just one of the amenities at Liberty Mills Farm designed to appeal to families with young children. 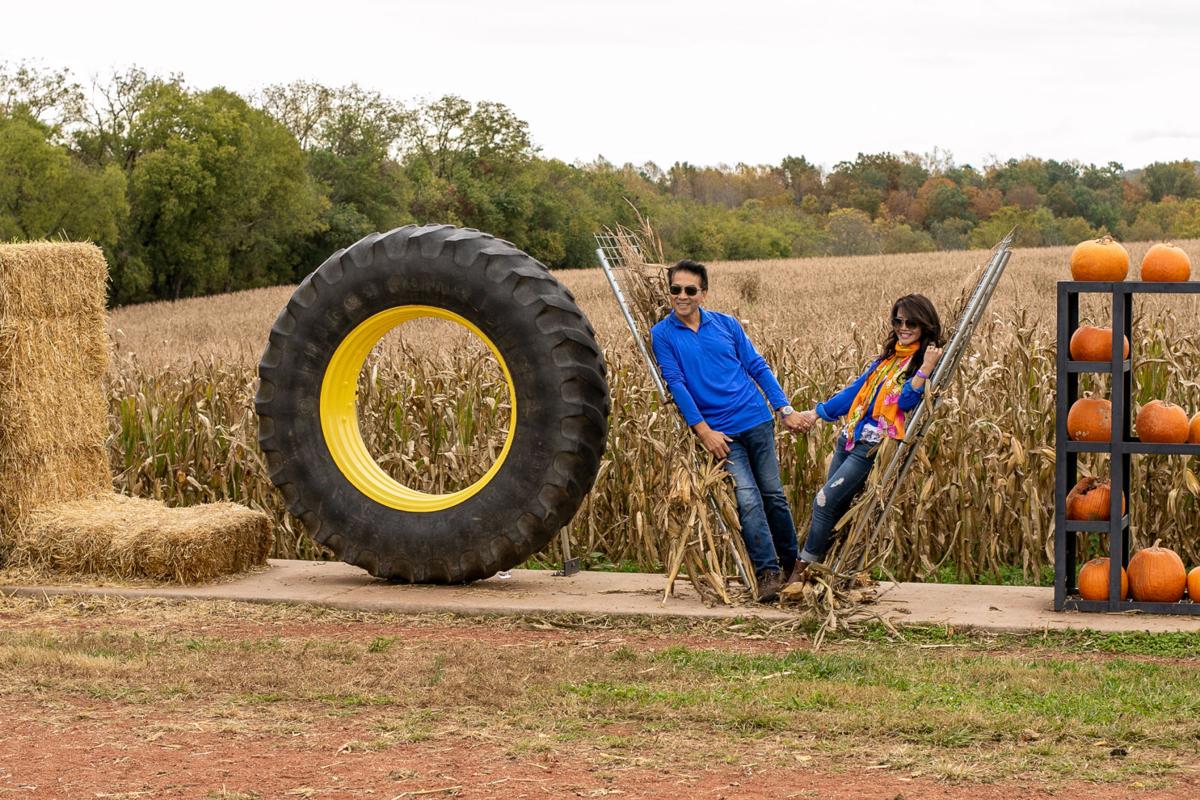 A couple poses for a photo on Saturday at Liberty Mills Farm.

SOMERSET—In a year where normalcy has taken a backseat to chaos and unpredictability, Jamie Wilson was hoping for a dose of the former when she decided to take her daughter pumpkin picking at Liberty Mills Farm.

Upon their arrival at the farm last Wednesday, the 39-year-old Wilson and her 4-year-old daughter Leah weren’t disappointed.

“This place is fantastic,” said Wilson, a Spotsylvania County resident. “I would’ve been satisfied with just coming here and having [Leah] pick out a pumpkin she liked, but it really turned into a fun little mother-daughter trip.”

Wilson’s glee had a lot to do with the fact that what she and Leah discovered at Liberty Mills was far more than just a pumpkin patch or a run-of-the-mill farm.

Established in 2010 by Kent and Evie Woods, Liberty Mills is located just off State Route 231 in the Somerset area of Orange County. The 125-acre wonderland, which sits in the shadow of the Blue Ridge Mountains, features the largest corn maze in the U.S., a pumpkin patch, hay rides, a farmers market and a playground—among other things.

As one might expect, Leah was instantly attracted to the playground, which features a replica John Deere tractor for children to play inside of. There is also a hay tunnel, which can be entered through the mouth of a makeshift pumpkin at either end.

“She had a ball,” Wilson said. “I think she wore herself out on the playground, otherwise we probably would have stayed longer than we did.”

The two would’ve stayed much longer had they decided to enter the corn maze, which covers a whopping 34 acres. It’s divided into four different trails for visitors to navigate, with the shortest taking an estimated 30 minutes and the longest up to several hours to complete.

“Maybe another time,” a laughing Wilson said when asked about trying her luck at the maze.

Had Wilson chosen to enter the maze with Leah, she would’ve been able to rest assured that Liberty Mills has put COVID-19 safety protocols in place to protect its guests while they’re inside the farm’s most popular attraction.

Groups of larger than six people aren’t allowed to enter the maze at the same time. Once inside, they’re required to maintain strict social distancing guidelines of 6 feet or more at all times.

Elsewhere on the farm, masks or other face coverings are required whenever guests are interacting with staff members or members of other groups, and hand-sanitizing stations have been installed throughout.

Masks/face coverings are also required at all times inside the farmers market, and plexiglass partitions have been installed there as well.

Liberty Mills has also committed to screening its employees for potential coronavirus symptoms every day they work.

A statement released by the farm earlier this fall stated: “Thank you for your patience and for your support! Our goal is to stay open for the entire season and we need your help to do that. By visiting Liberty Mills Farm, you voluntarily assume all risks related to exposure to COVID-19.”

While Liberty Mills wasn’t exactly full of guests during Jamie and Leah Wilson’s weekday-afternoon excursion there, Jamie said she could tell the staff members were doing their best to ensure the coronavirus doesn’t get a leg up on them.

”Every person I saw there was wearing a mask,” Wilson said. “Just seeing that right off the bat, you know they care about their guests, as well as each other. And that’s all you can ask of people right now—just be considerate of others.”

A list of farms, breweries and distilleries in the Culpeper area

There are several farms, breweries and distilleries with varying specialties open in the Culpeper area during the fall season. They are listed below:

In addition to its famous corn maze, Liberty Mills Farm is replete with pumpkins for the public’s picking during Halloween season.

A child prepares to enter a hay tunnel at Liberty Mills Farm in Somerset on Saturday, Oct. 17.

A playground is just one of the amenities at Liberty Mills Farm designed to appeal to families with young children.

A couple poses for a photo on Saturday at Liberty Mills Farm.