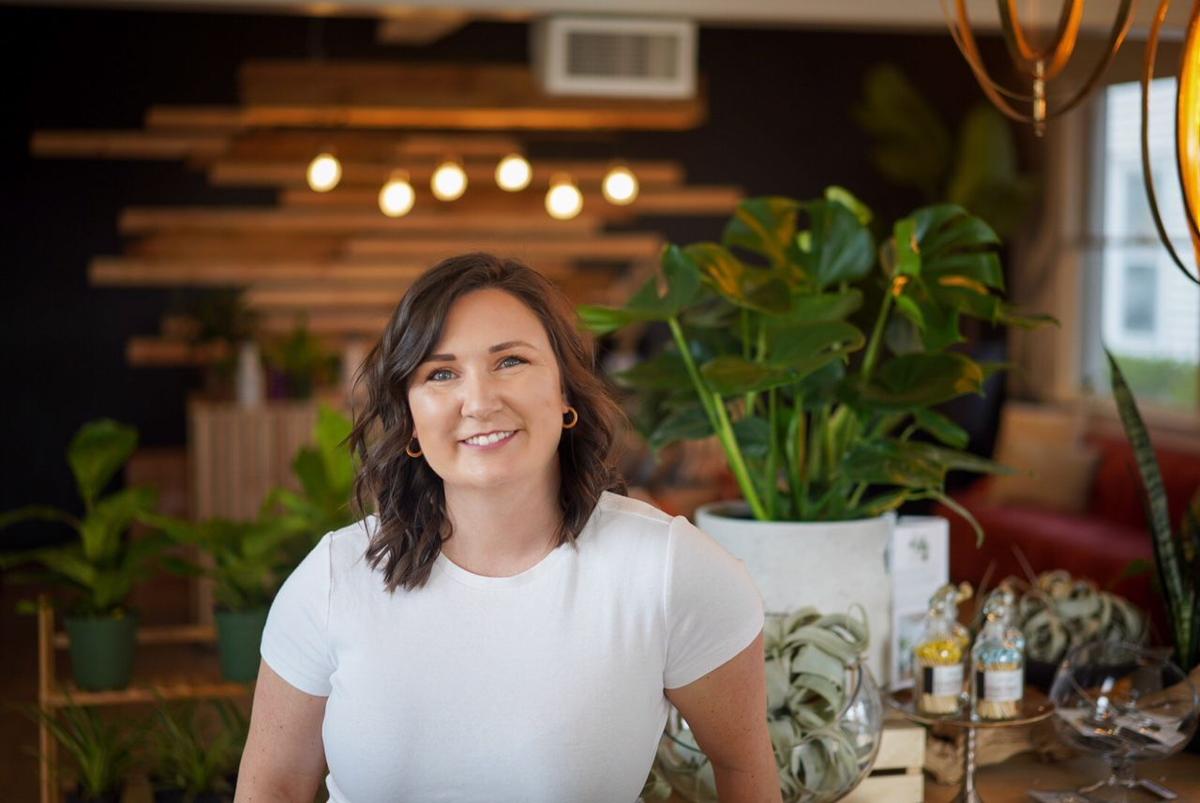 Tabatha Wilson, co-owner of the newly opened shop, Botanical Dwellings, was former general manager at The Market at Grelen in Somerset. 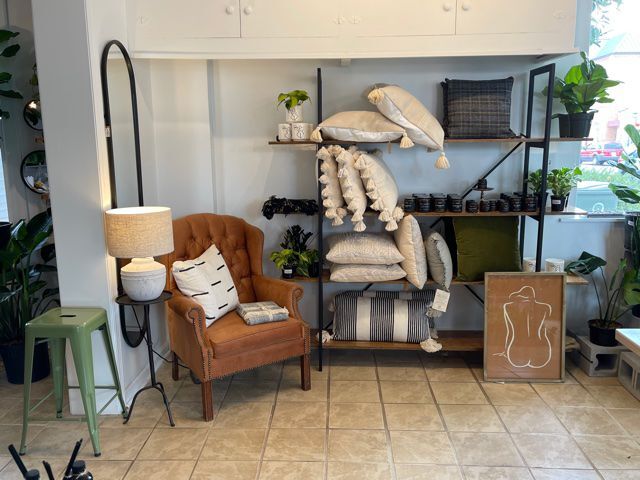 Merchandise and plants are displayed inside Botanical Dwellings. 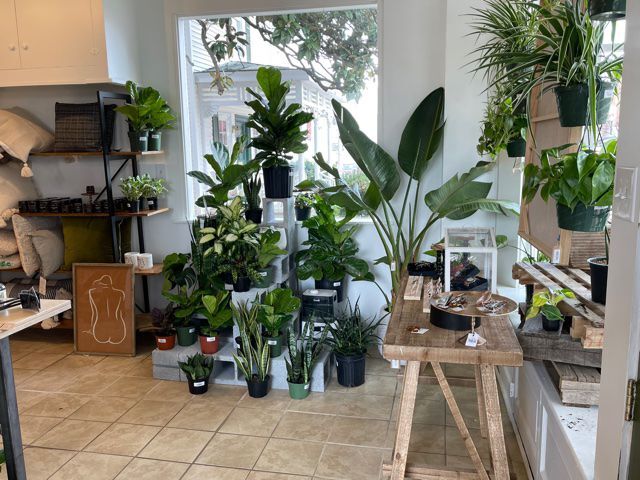 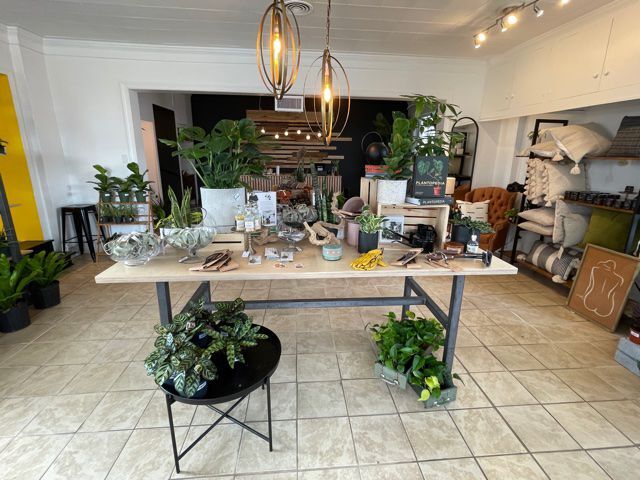 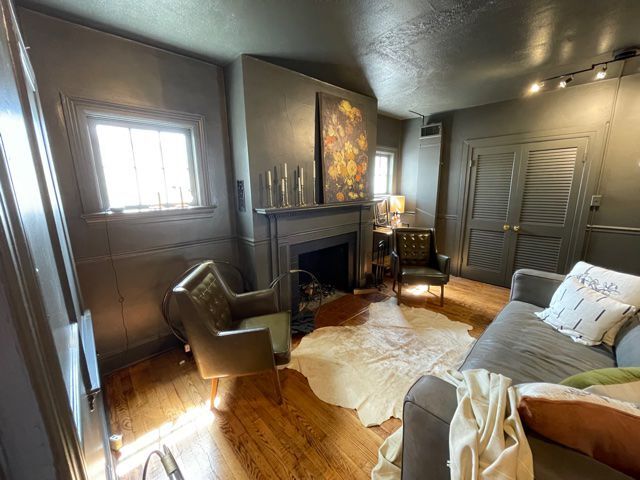 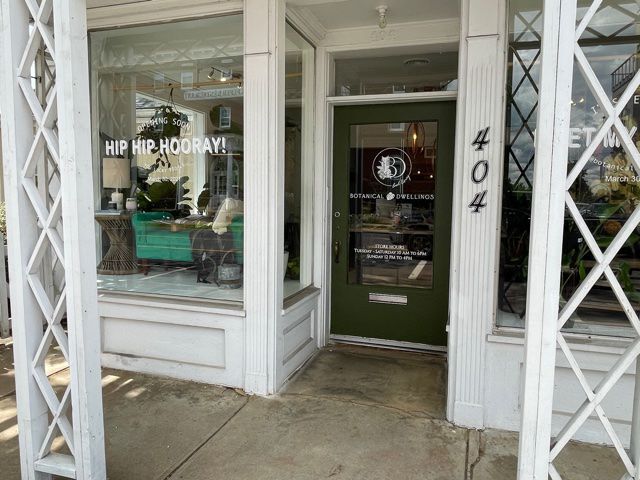 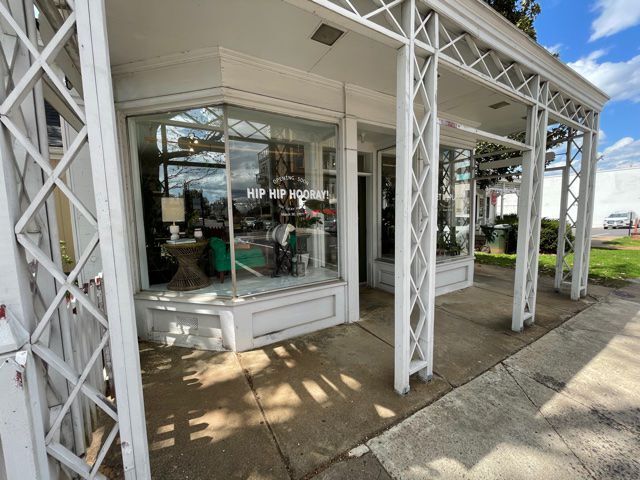 For area residents who have a flair for the botanical or home décor—or both—there’s a brand-new shop that combines the two right in the middle of Culpeper.

Located at 404 S. Main St., Botanical Dwellings opened its doors for the first time just two weeks ago. It was the culmination of a six-month process that started when owners Tabatha Wilson and Eric Fulton were having a simple, everyday lunch just across the street.

“We’d been keeping our eyes out for different potential locations, but we really wanted to do this in Culpeper,” said Wilson, an Oklahoma native who’s lived in Culpeper County for the past 14 years. “Then we were having lunch at Grill 309 one day and saw the for-lease sign go up in the window.

“We signed the lease not long afterward and have been working on this space ever since then,” she said with a smile of the small white shop that most recently house Chris Peterson’s Gold & Jewelry.

The opportunity to open up her own store was something Wilson had wanted for quite some time. She had an interest in both plants and décor growing up, but didn’t realize just how much of a passion she had for them until she spent four years as the general manager at The Market at Grelen, located on a 600-acre tree nursery in Somerset.

“Those four years were really incredible,” she recalled. “I was able to share my love for plants and interior design with so many people. In the end, I was left with the desire to combine those things and open up my own shop.”

Wilson added that she feels like her store brings something different to the small-business scene in Culpeper.

“I felt like this niche wasn’t necessarily being served,” she said. “Nobody wants too much of the same, and I feel like [my shop] is just different enough to provide something unique for Culpeper residents and tourists that are passing through.”

Upon entering the store, there are plants for as far as the eye can see. Displays on the left and right are both filled with them, while a table in the center of the sales floor is also adorned with gardening gloves, shears and books, among other things botanical.

As one delves deeper into Wilson’s world, they’ll find a variety of decorative and comfy pillows, as well as a cornucopia of pots, statues and wall art. A pair of additional rooms to the left are heavy on the latter three.

Still, there’s more. Wilson and Fulton have renovated the rear of the building into an Airbnb, which is named Botanical Oasis. They opened it for business last fall.

“Without that, we wouldn’t have been able to open the shop when we did,” Wilson said of the Airbnb, which currently holds an average star rating of 4.94 out of 5 on airbnb.com. “The response to it has been incredible.”

The reception Botanical Dwellings has received could be characterized as tremendous as well. Open Tuesday through Saturday from 10 a.m.-6 p.m. and Sunday from 12-4 p.m., Wilson pointed out that it has garnered more than its fair share of patrons thus far.

“The community has been so supportive,” she said. “We’re realizing that there’s certainly a houseplant community in Culpeper. I think most people didn’t know it’s as large as it is, but now they have a place to meet, gather and share their passion.”

Wilson added a note of gratitude from her and Fulton for the assistance the town and its institutions have provided during the store’s opening.

“We really appreciate the way the town has responded to us, as well as how both the Culpeper Tourism Office & Visitor Center and Culpeper Renaissance Inc. have shared our information,” she said. “We’ve really felt a lot of love from everyone.”

Early on, Mary Hunt knew she wanted to be a nurse. Born and raised in Fauquier County, she began her health-care career in 2011 after becoming…

SPECIAL SECTION: ‘We were seeing more people dying than ever before’

As Congress crafts a comprehensive bill to improve American infrastructure, the Culpeper area’s U.S. lawmakers visited Culpeper to confer with…

Culpeper’s Kathy Wash, who has seen a lot over decades in her profession, says her career began because of one person’s example.

SPECIAL SECTION: Experience as a teenager steered Chavez into nursing

Having an appendectomy isn't a pleasant experience for anyone, but for Kassandra Chavez, it changed the course of her life.

Tabatha Wilson, co-owner of the newly opened shop, Botanical Dwellings, was former general manager at The Market at Grelen in Somerset.

Merchandise and plants are displayed inside Botanical Dwellings.