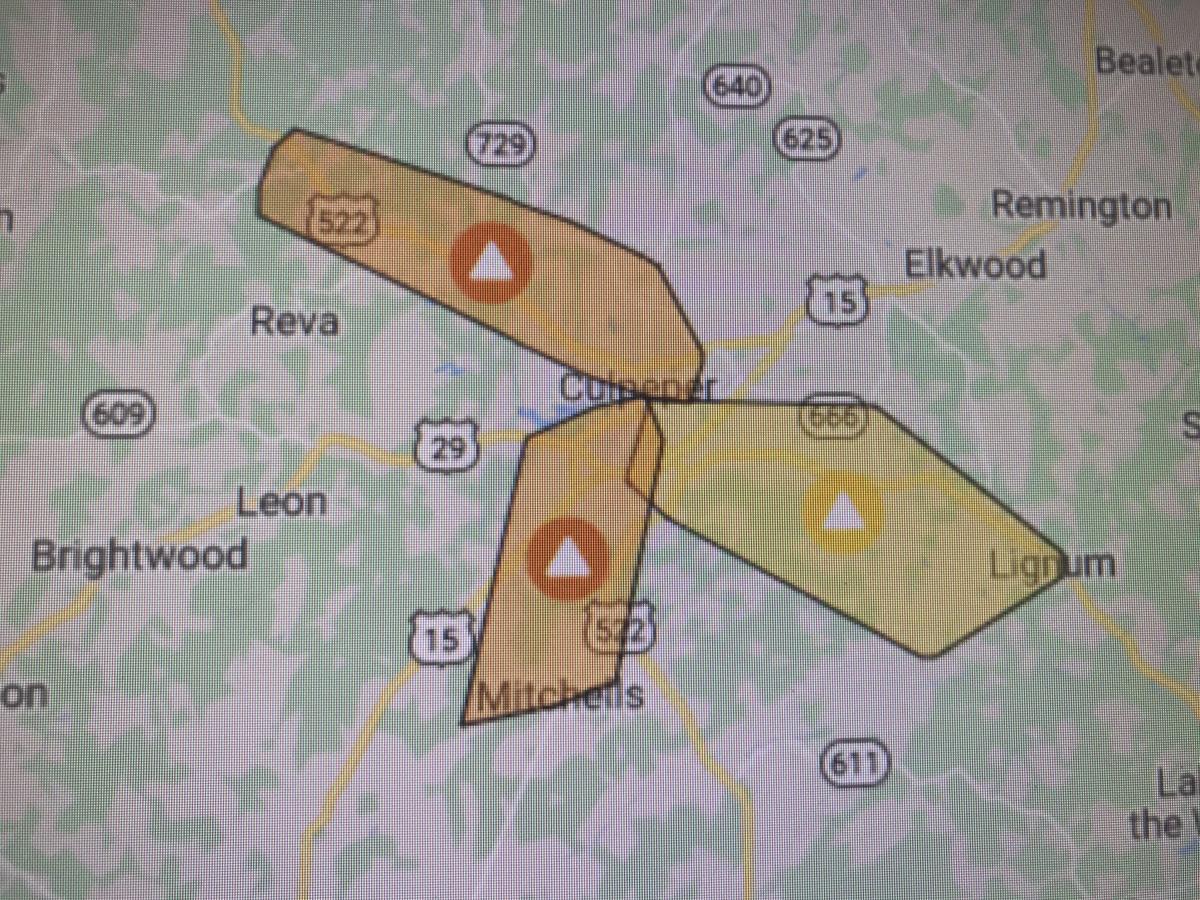 A Dominion map shows the area of Wednesday night's power outage, focused on Culpeper and three areas radiating from the town. 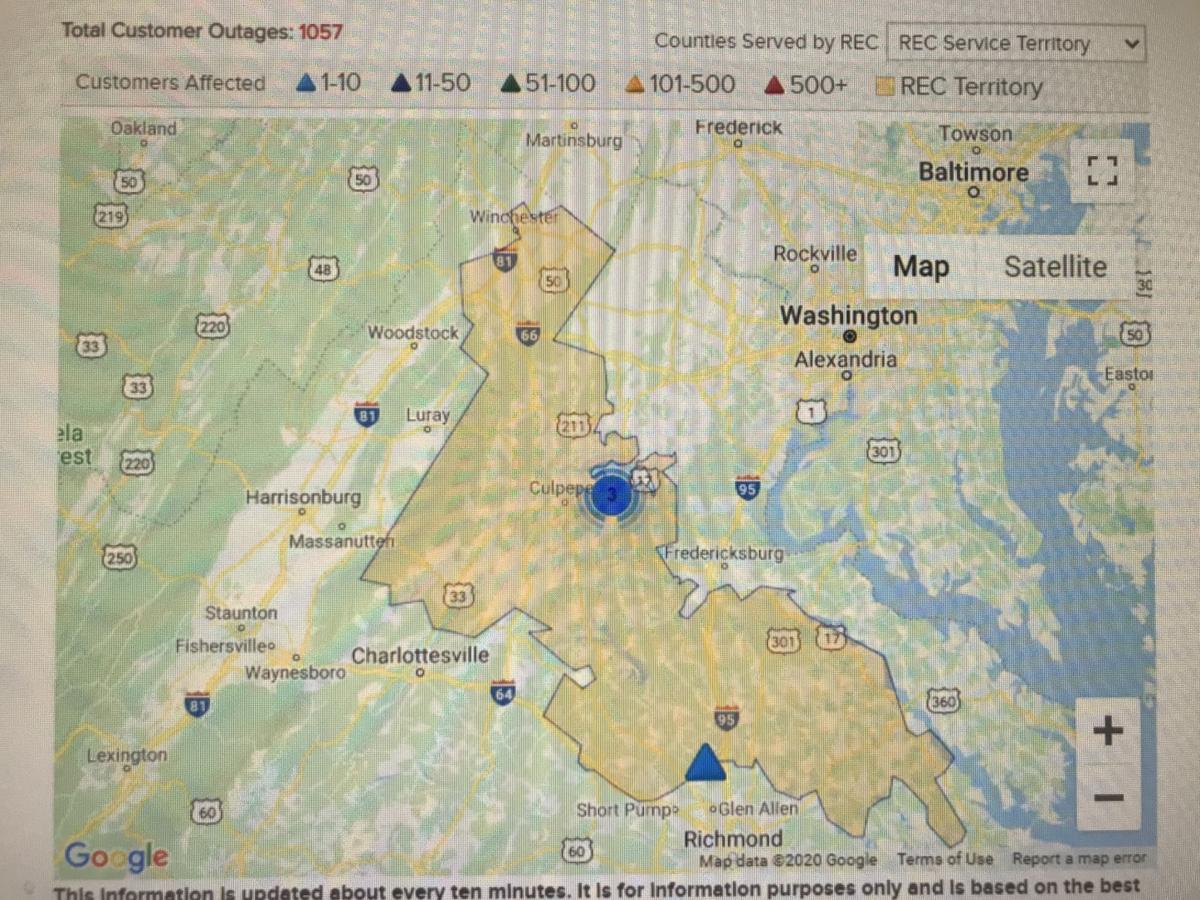 A major power outage plunged the town of Culpeper and its environs into darkness shortly before 8 p.m. Wednesday. Power was partially restored about 9:10 p.m.

The outage originated with Dominion, Ooten said Rappahannock Electric Cooperative told him. It extends to at least to Glen Allen outside Richmond, he said.

As of 8:45 p.m., Rappahannock Electric Cooperative reported that 1,057 of its customers in Culpeper, Fauquier and Orange were without power. Most lived in Culpeper, where 1,051 of the coop’s 12,652 account-holders had lost their electricity.

As of 9:30, Ardent Mills’ gigantic Culpeper flour-million complex still appeared to be without electricity. The mill was silent and the aircraft-warning lights on its grain elevators were out.

Dominion, Virginia’s largest power provider, reported 1,988 customers in Culpeper had no power. It estimated power would be restored between 10 p.m. Wednesday and 1 a.m. Thursday.

Amid COVID-19 angst, the director of the Rappahannock-Rapidan Health District is trying to shore up people’s spirits.

With just a week to go before Thanksgiving, the turkey rush at local grocery stores and supermarkets is kicking into high gear.

With just a week to go before Thanksgiving, the turkey rush at local grocery stores and supermarkets is kicking into high gear.

A letter to our Rappahannock Area Health District communities:

Four other reasons to get this year's flu vaccine

Have you gotten your flu shot yet?

A Dominion map shows the area of Wednesday night's power outage, focused on Culpeper and three areas radiating from the town.