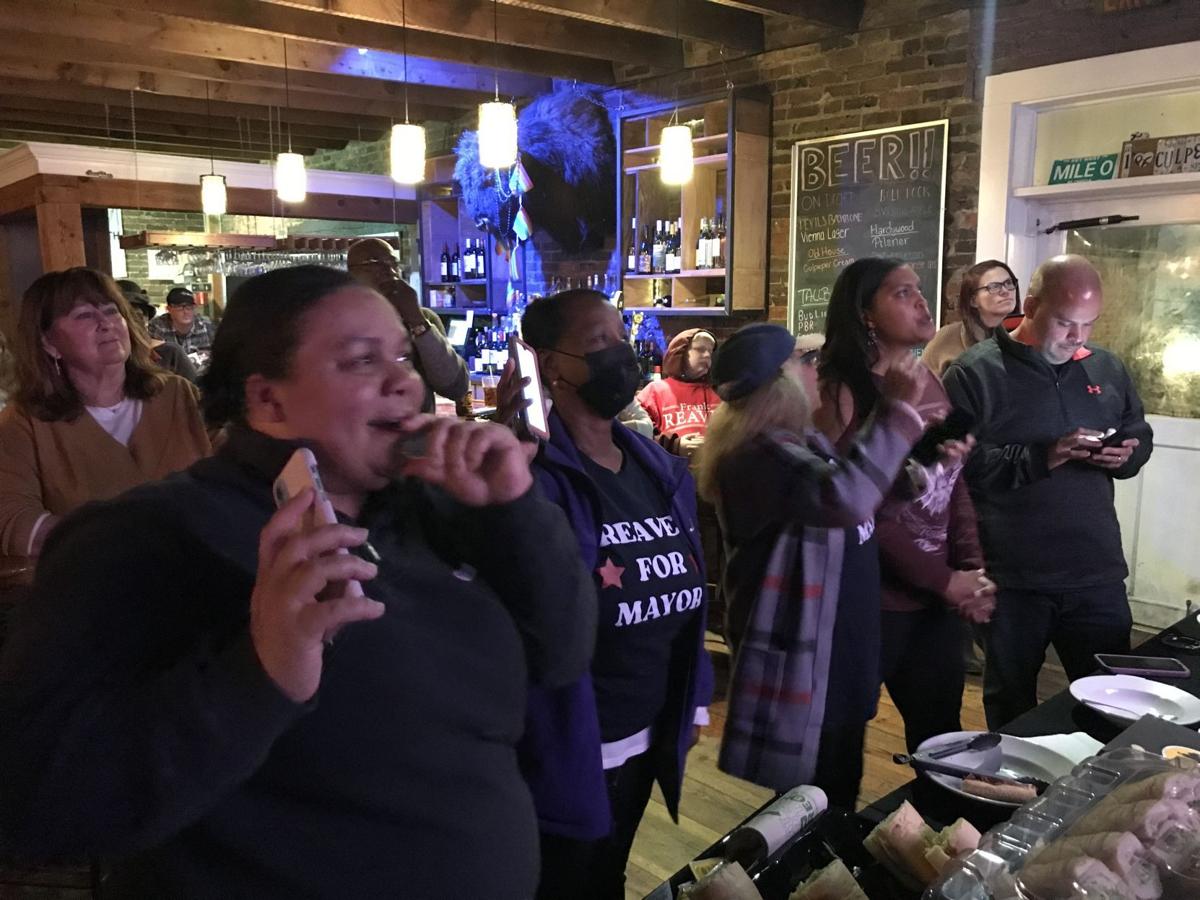 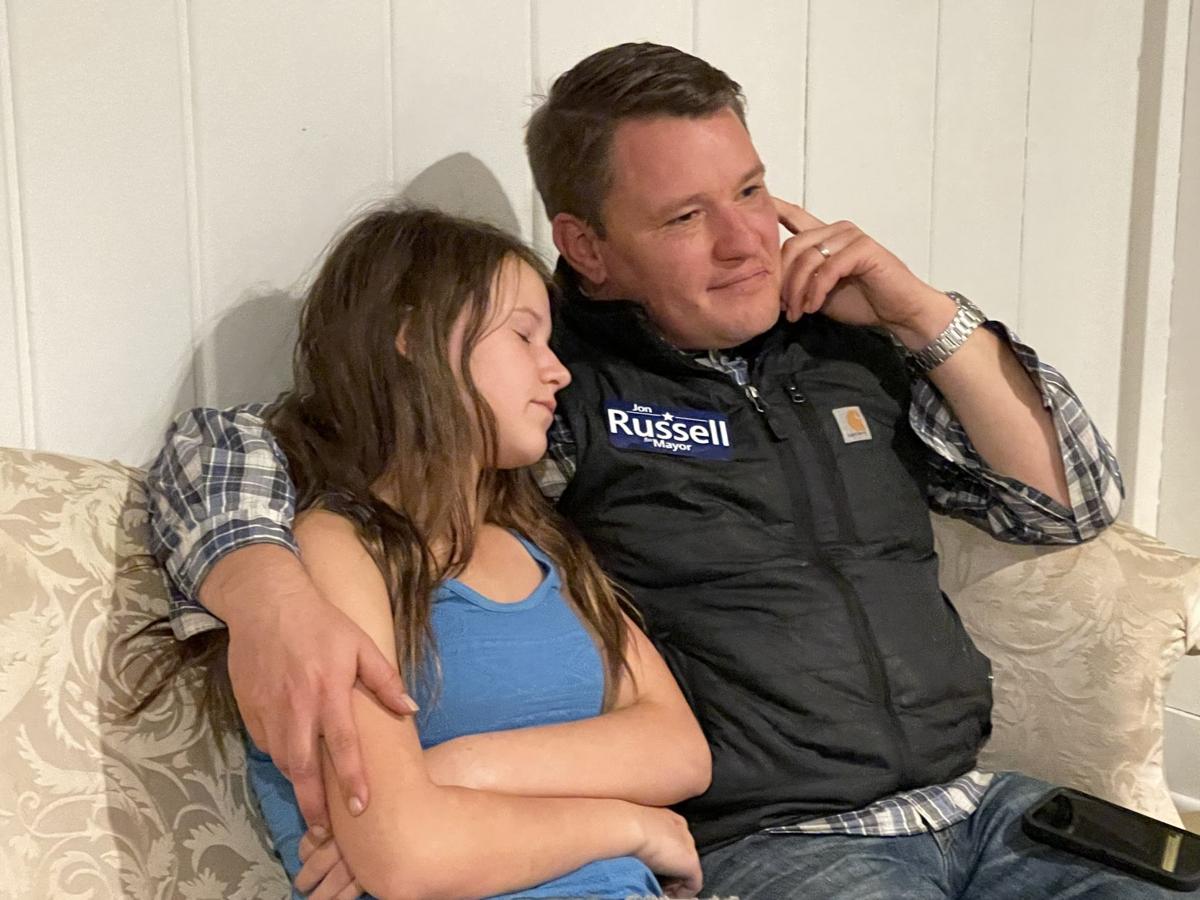 Jon Russell (right) consoles his daughter Emma, 13, after learning he lost the Culpeper mayoral race to Frank Reaves during a post-election party at his home Tuesday night. 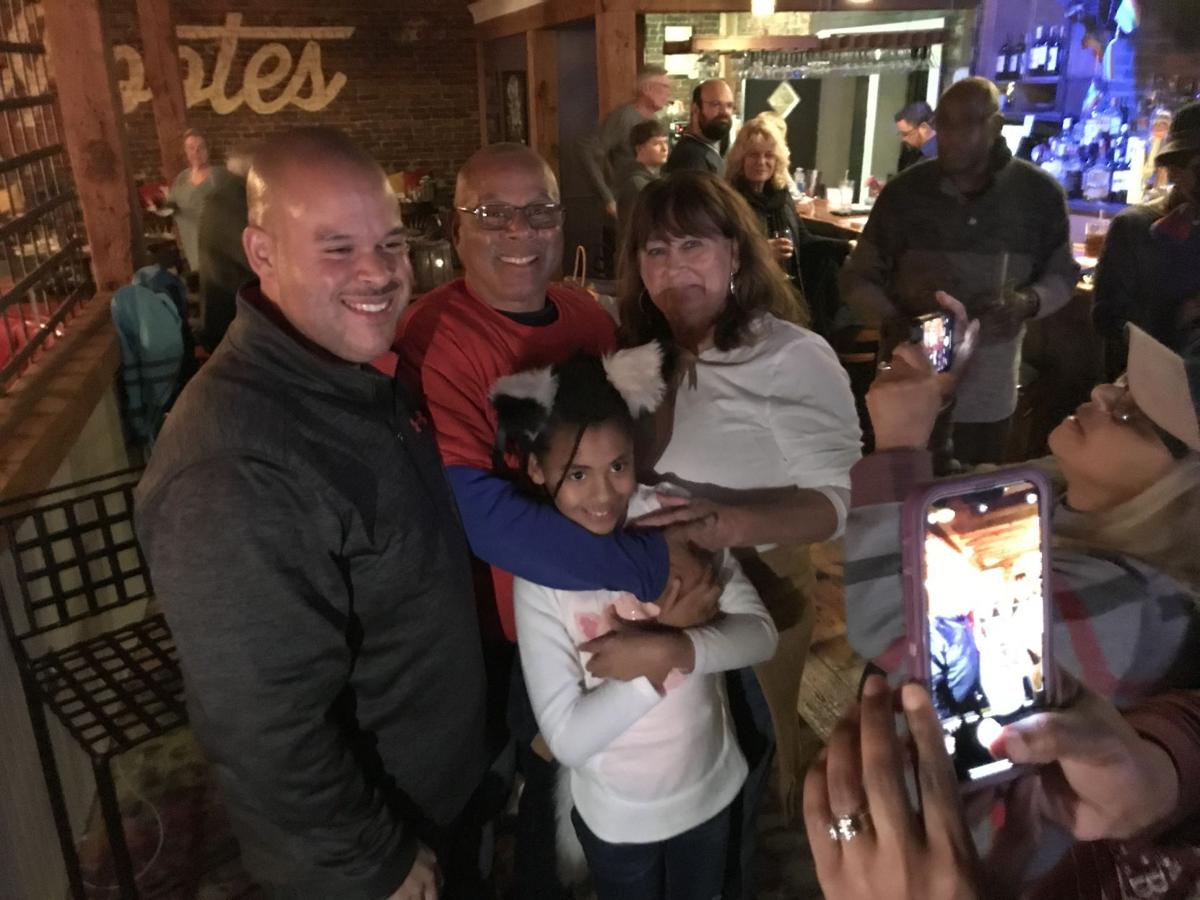 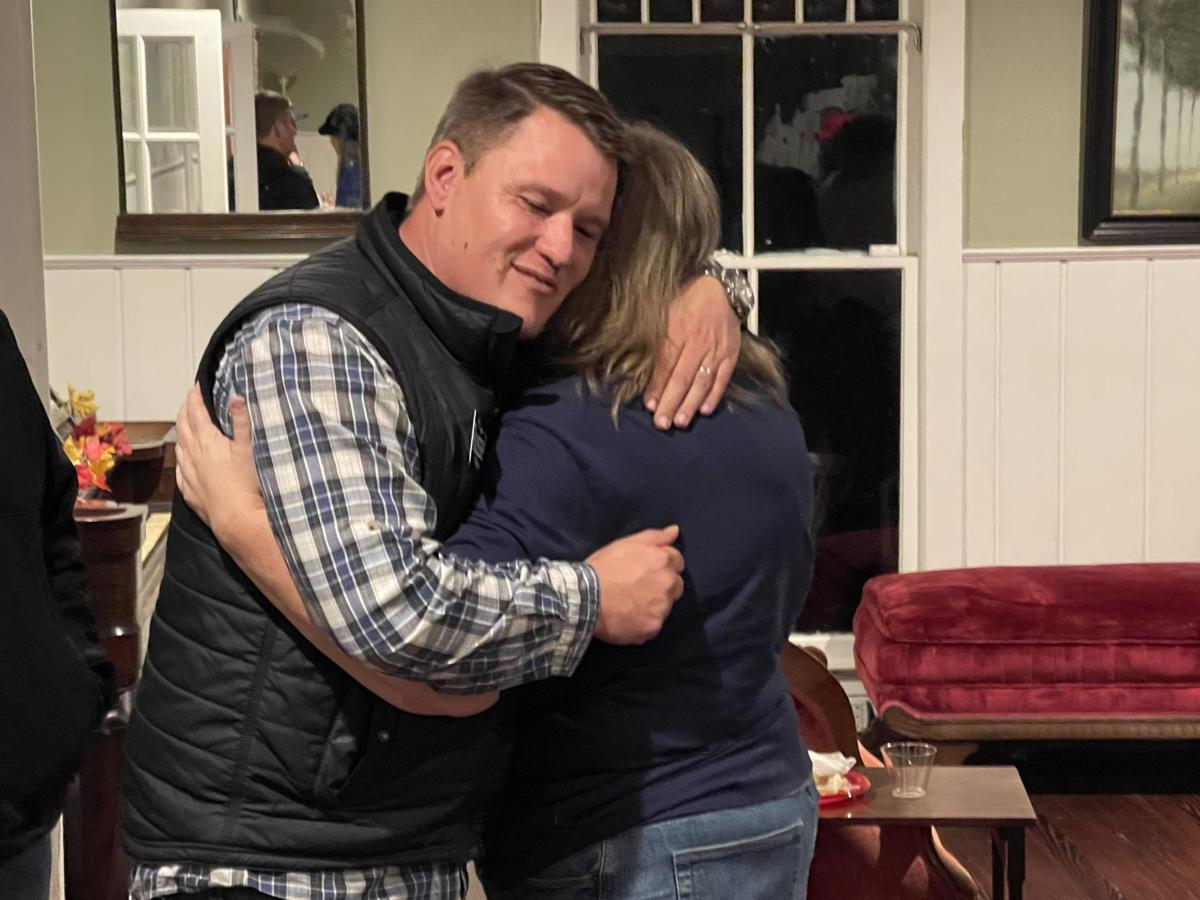 Jon Russell (left) hugs Shelley Burnham, during a party at his home Tuesday night, after learning he lost the Culpeper mayoral race to Frank Reaves. 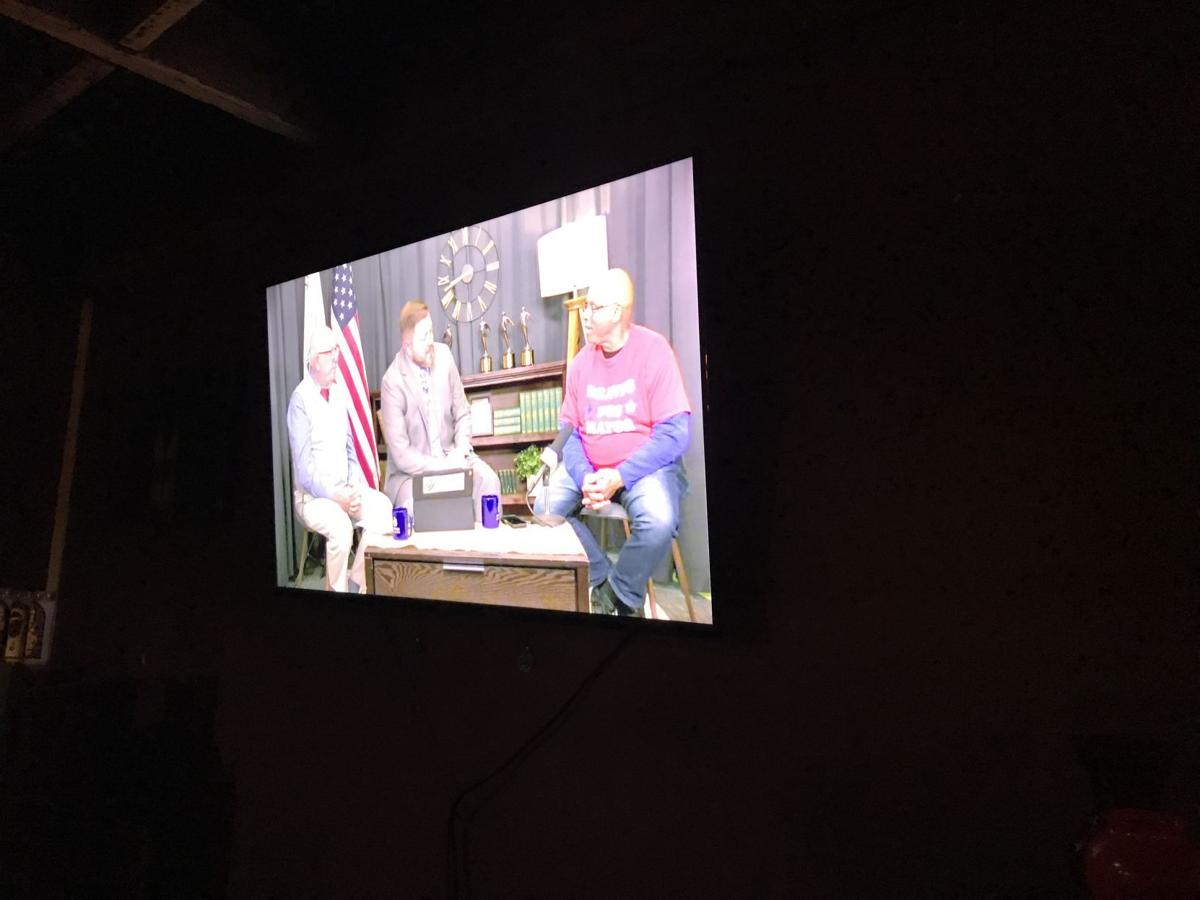 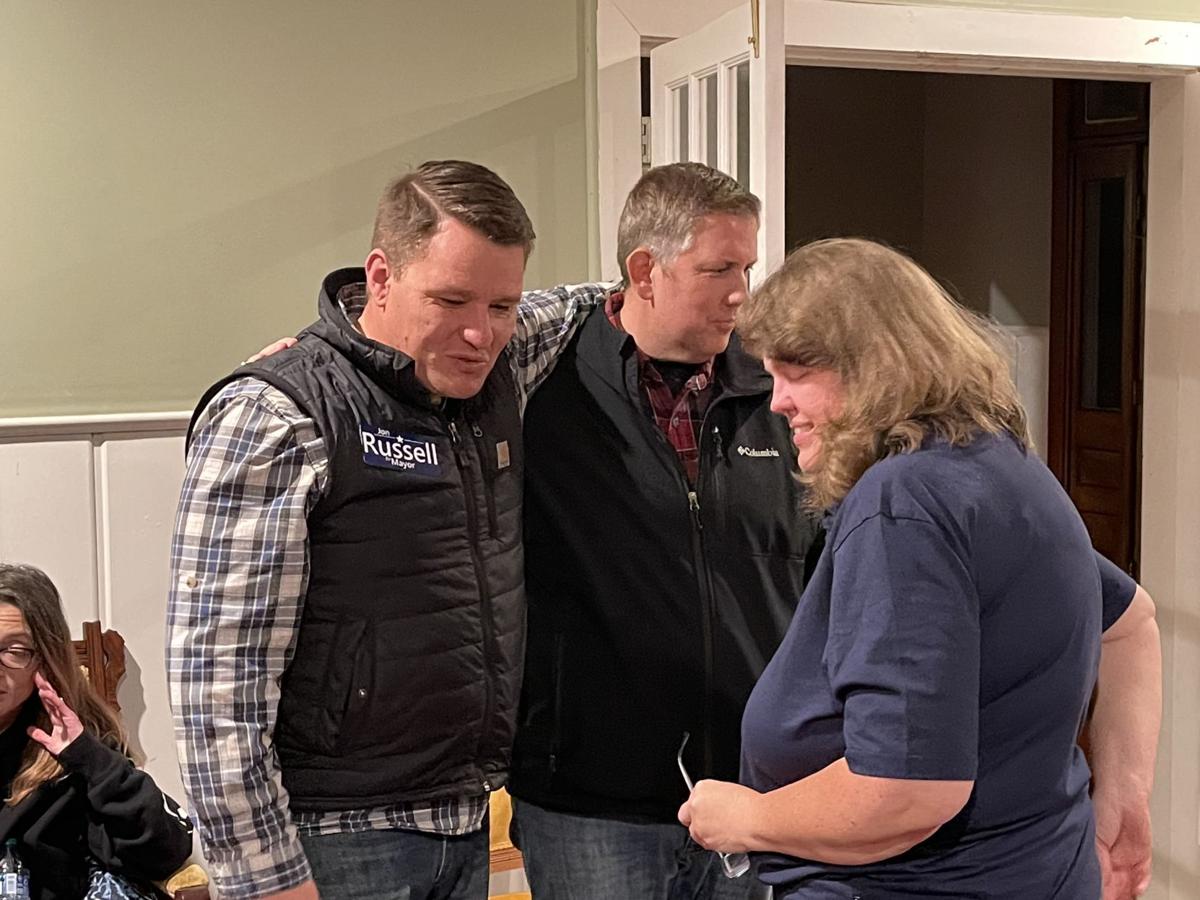 Reaves made no secret of the fact that his decision to run for Culpeper mayor in this year’s general election was rooted in his desire to end the sociopolitical divisiveness that’s recently sprung up in the town.

Now, he’s going to have the opportunity to do just that.

Reaves, an independent, defeated Republican Jon Russell on Tuesday night to become Culpeper’s new mayor, finishing with an unofficial 2,746 votes (53.40 percent) to Russell’s 2,367 (46.03 percent). That partial tally is with six of seven precincts reporting as of late Tuesday night.

The 69-year-old Reaves, a lifelong Culpeper resident and retired law-enforcement officer who has served on the Town Council for the past 11 years, will take over in January from Mayor Michael Olinger, who has held the post since 2014.

“My main objective is to try and bring everyone together, and work real closely with the council and with the citizens of Culpeper. We’re going to make this town No. 1,” Reaves said in a brief interview Tuesday night at Grass Rootes restaurant, where his supporters gathered to watch the election returns come in. “Everybody’s got to pull together. Everybody’s not going to agree on everything, but we’ll work it out.

“We’re going to have a real good council. We’re going to work together,” he added. “If we have problems, we’re going to take care of it right there. There’s not going to be going on Facebook and talking about each other. That’s not what I want. We’ve got to make an example for these kids growing up, because somebody they’ll be taking our place.

Reaves also expressed thanks to his supporters and campaign contributors.

Earlier, as Culpeper results were updated, precinct by precinct, on the State Board of Elections website, the mood at Reaves backers’ gathering place grew increasingly upbeat. Town Council members Jamie Clancey and Meaghan Taylor were among the several dozen people who crowded into Grass Rootes on East Davis Street to monitor the returns.

He returned to cheers, hugs and congratulations from the jubilant crowd, which included his wife, Sandra; son Frank Jr.; daughter-in-law, Michelle Gray-Reaves; and granddaughter, Ashton.

“With mayor, I think there were two great candidates,” Keene said in an interview. “There was a clear distinction as far as the direction one wanted to go with the council versus the other. Frank is well-liked in the community, he’s been around here for a while. I think Frank’s in a position now where he’ll be able to really listen to all the constituents.

“I have the utmost faith that Frank’s going to do well. I wish him well,” he added.

Earlier this fall, Reaves told the Star-Exponent of his main objective should he be elected.

“My main objective is to bring this town back together because right now we’re shifting in the wrong direction,” he said.

Reaves added that a politician’s primary responsibility is to “take care of the people, not each other.”

Russell, 45, expressed disappointment just before 8 p.m. Tuesday after learning the election results during a small party at his home. He won three of the four precincts, topping Reaves in West Fairfax, East Fairfax and South Ridge and narrowly losing in Willow Shade. But Reaves’ 860-579 advantage in absentee voting more than made up for that.

“We won today, but early voting is where the race was won,” Russell said. “That’s the nature of the beast in today’s climate, though. [Reaves] outworked us, cleaned up on early voting and that was that.”

Russell, who’s served on the Town Council for the last eight years and held local office in Washington state, said he’s open to whatever comes next, but will be content to spend more time with his family.

“I gave this race to God from the beginning,” he said. “I trust that he has something else in store for me, but also, my children have never known me as anything other than an elected official. I’d like to have more time with them as a dad.”

Reaves and Russell both spoke of their wish to create more affordable housing, as well as various forms of tax relief, in the lead-up to the election.

Reaves said housing costs are driving young people away from Culpeper. Russell was focused more on permanent, affordable housing for seniors and those without permanent housing in the town.

Jon Russell (right) consoles his daughter Emma, 13, after learning he lost the Culpeper mayoral race to Frank Reaves during a post-election party at his home Tuesday night.

Jon Russell (left) hugs Shelley Burnham, during a party at his home Tuesday night, after learning he lost the Culpeper mayoral race to Frank Reaves.