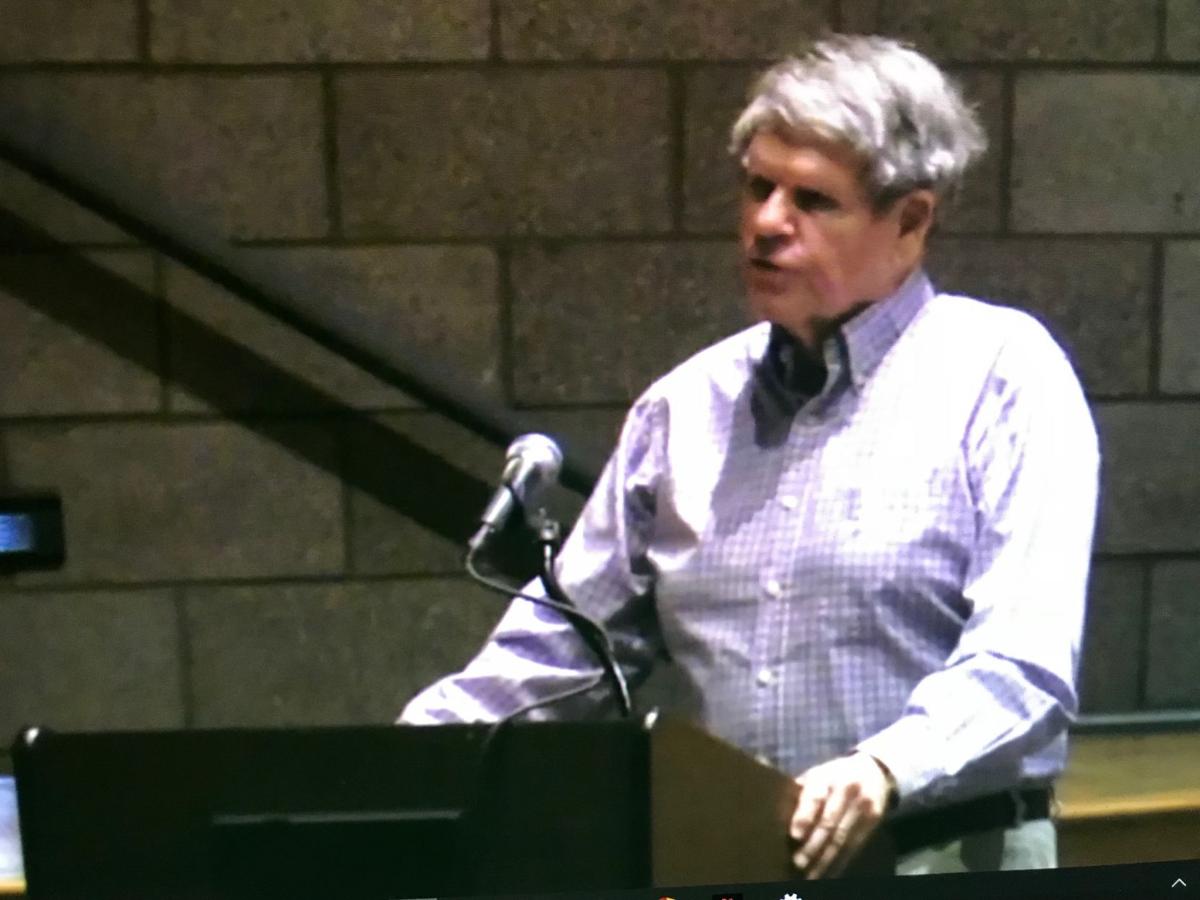 Joe Grills of Orange County, is former board chairman of the National Trust for Historic Preservation. He spoke Tuesday before the Culpeper County Board in opposition to the Maroon Solar project. 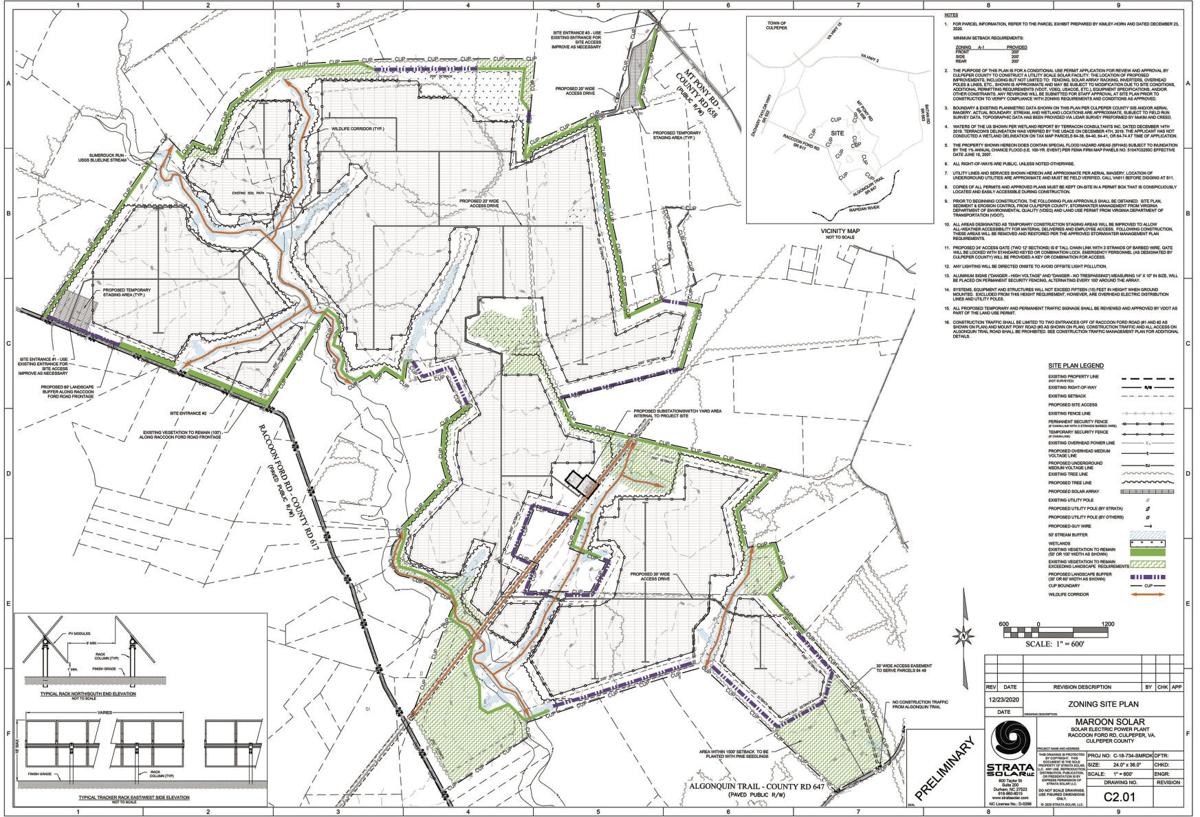 After more than three hours of public comment, mostly against the 1,700-acre project of Maroon Solar, the Culpeper County Board of Supervisors just before midnight unanimously denied the controversial utility scale solar project near Raccoon Ford.
Stevensburg Supervisor Bill Chase, a retired coal miner who had put some of his own land into a potential area solar project, led the way in denying the request from Strata Solar for a conditional use permit, saying he was swayed by his constituents, "I represent the people, the people tonight swung me around on this."
***

Dozens turned out for Tuesday’s night meeting of the Culpeper County Board of Supervisors to once again weigh in on the proposal to build a 149-megawatt utility scale solar facility, Maroon Solar, on 1,700 acres of agricultural land near Raccoon Ford.

North Carolina-based Strata Solar, per its latest proposal, would build the project over three years in approximate 500-acre increments.

The planning commission has twice recommended denial of a conditional use permit for the solar project first submitted in the fall of 2020, on the grounds that it is too large, per the county’s solar policy.

Tuesday’s meeting was the first time the board considered the permit request; comment from the public and discussion among the board was expected to last into the night.

The official public hearing on the solar request started after 8 p.m. as supervisors heard other business. David Stoner with Strata Solar was still giving his presentation as of 9 p.m., highlighting many potential benefits of the project.

Notably, since the last permit denial in March, Strata has doubled the siting agreement amount it would pay the county—from $1 to $2 million—once electricity begins to be generated from the project that would connect to the Dominion transmission line. Strata could also make annual payments to the county of $1,400 per MW or the required machinery and tools tax, “plus an additional amount to insure the County collects the maximum amount under either scenario,” according to the latest proposal.

A former board member of the National Trust and Montpelier Foundation who now serves on the National Main Street Board, notable local historic preservationist Joe Grills spoke early in the meeting about the impact he envisioned if the power plant comes to the rural area.

A Culpeper landowner with property also along the Rapidan River, Grills, of Culpeper, said he fought and lost the recent massive upsizing of Dominion power poles in the area that stretch across the river. He said he can see the “ugly power poles” when he looks out his back window of his house.

“Now, we’re looking at solar panels. I’m not opposed to solar, clearly it has a place in a move from a carbon-based economy to a renewables-based economy,” Grills said. “But they don’t belong on pristine farm country that we live in.”

He urged the board to “think very carefully about preservation” and the impact of the solar project on Culpeper County.

Stay with starexponent.com for more on this breaking news and pick up Thursday’s print edition of the Culpeper Star-Exponent for the whole story.

Joe Grills of Orange County, is former board chairman of the National Trust for Historic Preservation. He spoke Tuesday before the Culpeper County Board in opposition to the Maroon Solar project.