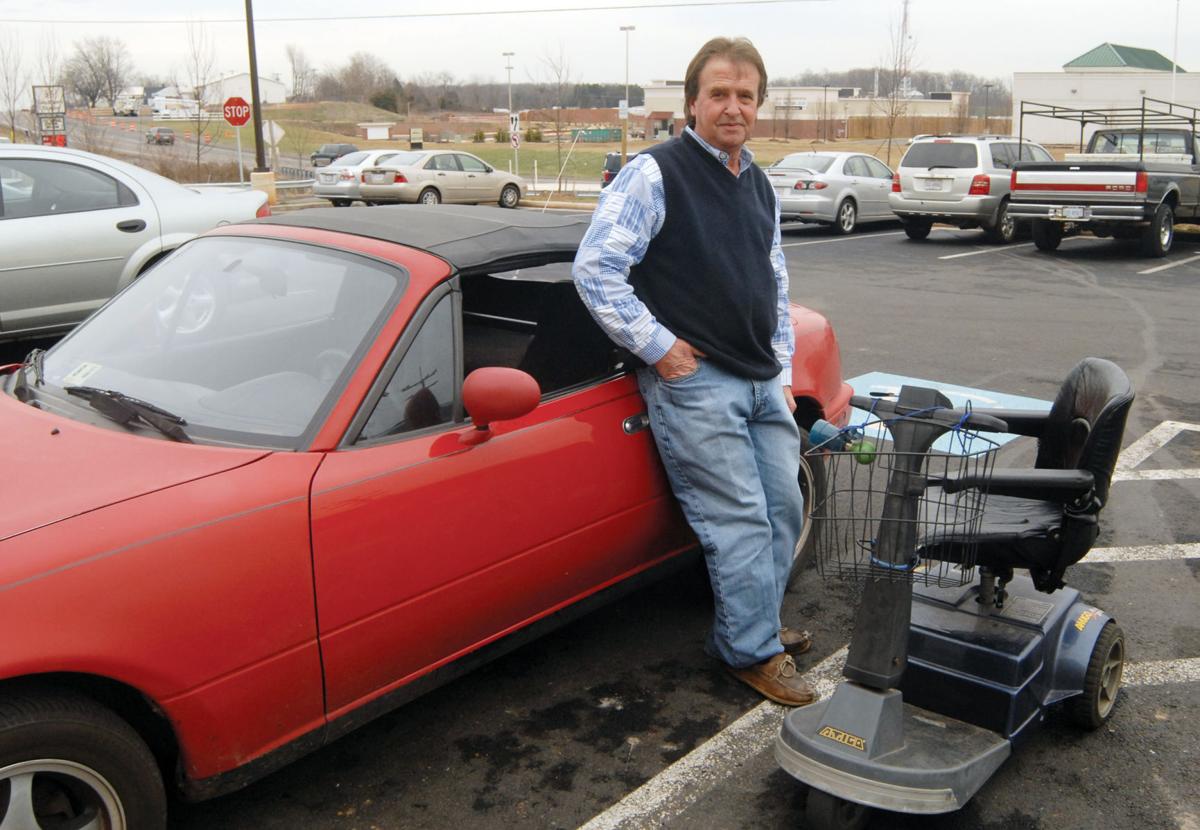 John Driggers in 2008 with his beloved Mazda Miata. 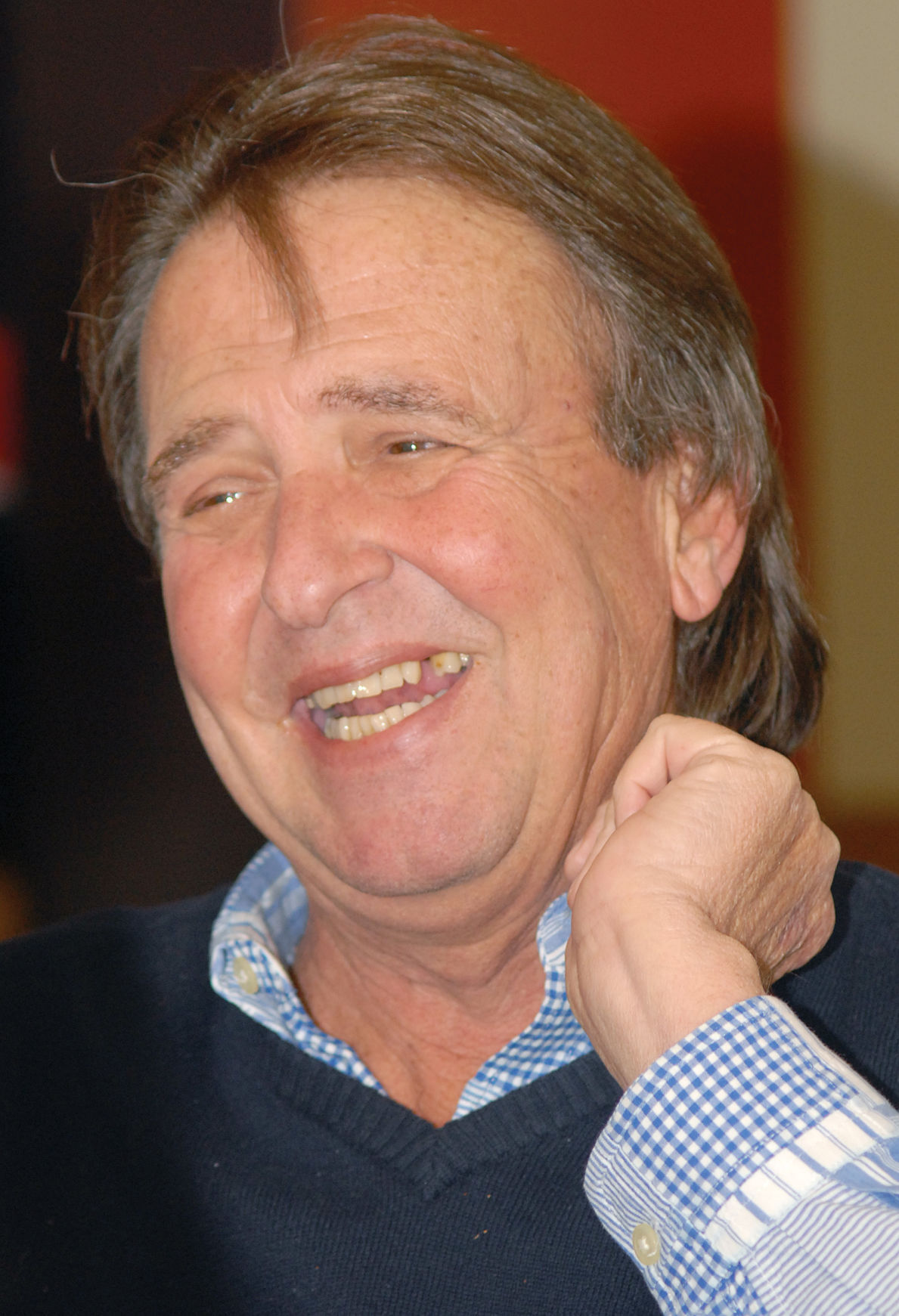 John Driggers of Culpeper battled MS for more than 20 years, but always had a great sense of humor about him. 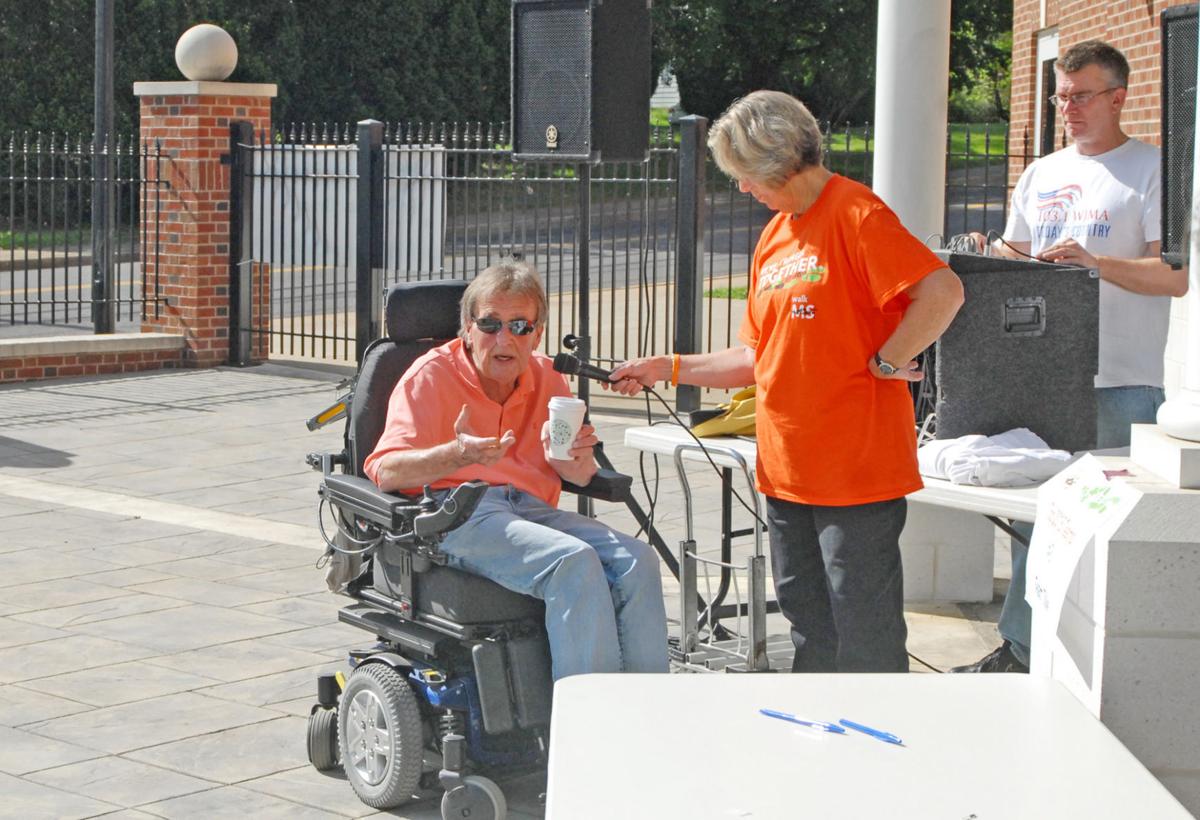 Culpeper resident John Driggers, with wife Janet, in 2017 at the start of an MS Society event. 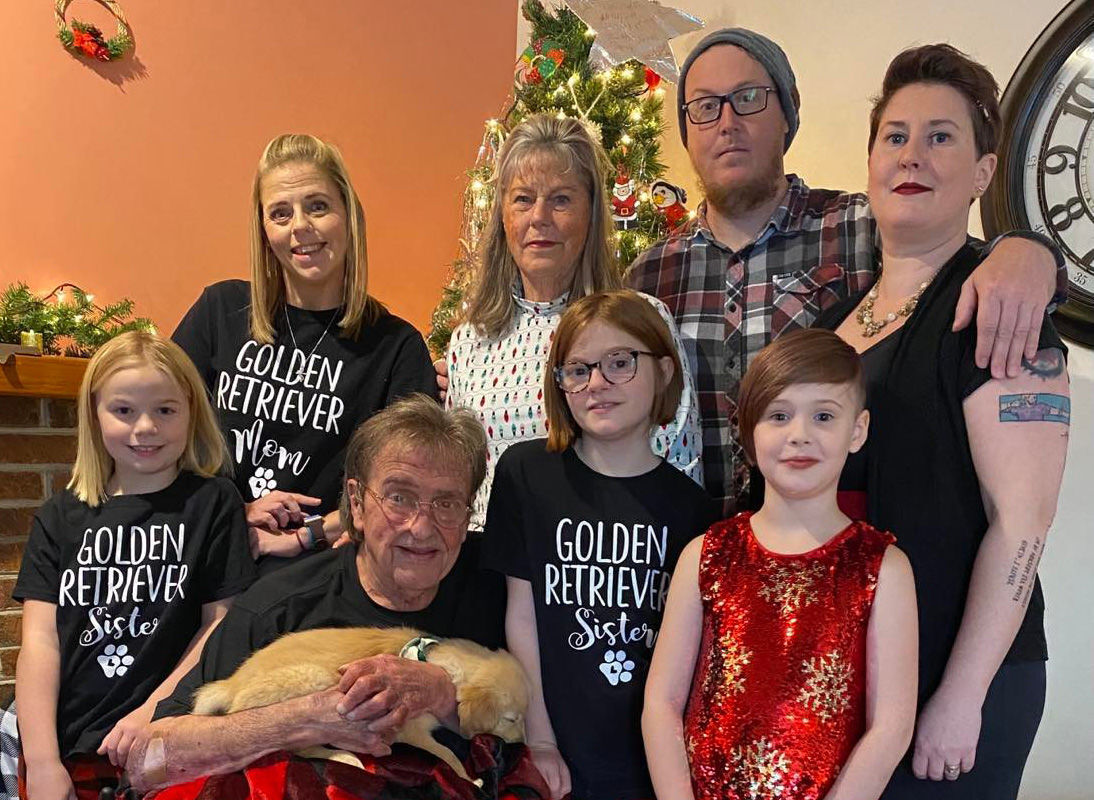 John and Janet Driggers and their family.

A local face for Multiple Sclerosis Society awareness and advocacy and one who bravely fought the disease for 21 years with humor and grace, John Driggers of Culpeper passed away peacefully on Nov. 17 at his home.

He was 73. Driggers left behind a wife of 51 years, Janet, a son, Aubrey, daughter, Jennifer, and three granddaughters.

Diagnosed in 2000 with MS, it was not the chronic nervous system ailment that caused Driggers’ death, according to Janet Driggers. She said he fell and hit his head Aug. 25 and never recovered.

MS never held back the Charleston, West Virginia native who was a retired deputy director of contacts with a computer science corporation. And since 2000, until he could no longer, Driggers was a local face for the MS Society in the Piedmont, helping to lead annual walks and other events.

For more than a decade at the start of the new millennium, Driggers went with Janet to Washington, D.C., as members of the government relations committee to lobby legislators to support advancements in a cure for the disease that eventually put John in an electric wheelchair and took away his prized daily drives in his Mazda Miata. For years during his MS diagnosis, he traveled the Culpeper area in the sports car visiting friends and stopping along the way for coffee and other supplies.

Everyone who knew Driggers knew his sense of humor and twinkle in his eye.

“He absolutely lived life abundantly…not letting MS take over for him,” Janet said. “His slogan was never give up, he’s a type-A personality and when he worked everything was exact—it had to be perfect.”

Claire Lorio, senior manager for Walk MS for the Virginia/West Virginia chapter based in Richmond, said John and Janet were effective in openly sharing what life was like with MS, including for the caretaker.

“They have always been so extraordinarily open about their story and what it means, and the importance of research to make sure we can continue to create disease-modifying therapies,” she said. “The constant movement forward finding the cause and the cure will really change life for people with MS.”

Today based in New York, National MS Society formed 75 years ago, Lorio said, yet more progress in treatment advancements has been made in the last five years than the 70 years prior. The number of disease-modifying therapies has more than doubled, to 23, in recent years, she said.

There are medications for people with primary progressive type MS like Driggers had, as well as pediatric and secondary progressive patients, Lorio said. “The amount of progress in the last five years is head-spinning,” she added. Good news.

The $125,000 Janet and John Driggers helped raise for the MS Society will help move the needle on research even more, said Lorio.

After retirement, Driggers decided to not let anything bother him, said his wife, and devoted himself to MS awareness and spending time with family. He attended Culpeper Baptist Church with his family.

An admitted daddy’s girl, Jennifer Driggers said her father was her best friend, the one who was always there. She said he waited to leave this earth until she could reach his bedside.

“I put my hand on his chest and told him to grab onto [God’s] hand and do not let go,” Jennifer Driggers said. “I am holding on to that as comfort, he knew I was there.”

“He taught me when we were really small to care for people in their time of need,” he said.

John Driggers had grit and tenacity, his son said: “He’s a tough man.” He spent many hours helping people in his retirement and in turn Culpeper helped him, said Aubrey, mentioning people showing up to take care of repairs at the house or whatever they needed.

John Driggers played guitar in Howell Creek Bluegrass Review in Florida and lived around the world, including Japan, in childhood as part of a military family. He got to play guitar with his son before the pandemic. With MS, Driggers lived life his way.

“He didn’t like to be stuck and that’s kind of what the disease did to him,” Aubrey said.

A private celebration of John Driggers’ life will be held at a later date.

In 2009, Driggers wrote a first-hand account of living with MS in a column for the Star-Exponent. Following is an excerpt:

“Throughout this year I have had friends pass away from illnesses. I have had dear friends lose their jobs or experience divorce. I ached as a senator shared with me the devastating affects MS has had on his 27-year-old daughter. So, with all of this I must say I am a lucky man. I have my senses about me, I can fend for my own, and I am surrounded by people who love me.

“Also, I have learned of all the things I have physically lost with this disease. It is my ability to be reliable that I miss most. My wife’s comment—‘I am disappointed with the MS’—cut through me like a knife. I am no longer able to make a commitment due to extreme fatigue. MS has prevented me from volunteering for any function within my church. This lack of commitment affected my family and my friends the most.

“MS rules my body, and there is nothing I can do about it. I have learned to listen to my body when the fatigue sets in. My head says yes, but my body says no. So the body wins out every time.

“This is a loss of dignity for me, not to be able to do God’s work within his house, and it hurts me a great deal.

“Each morning when I awake I am thankful that there was no progression of my MS. I am thankful for my family and a God who loves me just the way I am. Lastly, if you see me on the streets, say hello. And if you want to give me a hug, that would be nice too.

“MS may have control of my body, but it cannot take away my heart, my soul or my spirit. I will never give up this fight.”

Want to send condolences or gifts to the family? Leave a message with Jennifer Driggers at 540/729-9922. In lieu of flowers, John Driggers requested donations be made in his honor to mssociety.donordrive.com

The family wishes to express it thanks to Hospice of the Piedmont for its love and care of John and his family.

The stance on Virginia's Confederate monuments: It's complicated

Despite high ratios of dissenters in nine counties, scholars suggest recent referendums have little bearing on the future of monuments' movements elsewhere in Virginia. Numerous such monuments remain, at the moment, where they've always sat in the Roanoke and New River valleys.

Virginia courts allow lawyers to see civil court records digitally from anywhere. But the public doesn't have the same access; citizens or journalists must drive to each courthouse in the state to view records there.

A Charlottesville woman last seen Nov. 14 was found dead in Harrisonburg this week.

John Driggers in 2008 with his beloved Mazda Miata.

John Driggers of Culpeper battled MS for more than 20 years, but always had a great sense of humor about him.

Culpeper resident John Driggers, with wife Janet, in 2017 at the start of an MS Society event.

John and Janet Driggers and their family.