Please log in to keep reading.
Enjoy unlimited articles at one of our lowest prices ever.
You have permission to edit this article.
Edit

When President Joe Biden flew aboard Air Force One for the first time this month, he did not spend much time soaking in the moment.

The flight, after all, was only 25 minutes long. He was headed home to Delaware for the weekend, in part to have his foot X-rayed at his orthopedist. And unlike his most recent predecessors, Biden was already familiar with the unique combination of executive swank and military rigor aboard the presidential jet, having flown more than a million miles aboard Air Force Two.

So, like a weary passenger on a commuter shuttle, he spent most of the flight reading the newspaper.

"It's a great honor," he told reporters who asked about his debut ride aboard Air Force One, "but I didn't think about it, to tell you the truth."

He has established a regular schedule, including coffee in the mornings with the first lady, meetings and phone calls from the Oval Office starting just after 9 a.m. and a return to his residence by 7 p.m. As he walks home along the Colonnade, he's often seen carrying a stack of binders or manila folders under one arm. He still brings a brown leather briefcase into the office.

Finding his own path

Unlike his most recent predecessors -- night owls who spent the dark hours reading briefing materials (President Barack Obama) or watching television (President Donald Trump) -- Biden is more of an early-to-bed type. He has continued a tradition of reading letters from Americans, a handful of which are tucked into the briefing materials he brings home in the evenings. Recently they have focused on the pandemic; Biden has also spoken by video conference with business owners and laid-off workers weathering the economic crisis.

Biden spent ample time at the White House as vice president, navigating West Wing hallways and administration politics for eight years as Obama's No. 2. He has spent more time working in Washington than any president in decades. His adjustment period inside the executive mansion has been minimal.

"It feels like I am going home," he said as he entered the White House on Inauguration Day. Though he had never lived in the building previously, it was a return of sorts for a man who has wanted to reside at 1600 Pennsylvania Avenue for years.

He has found his old stomping grounds familiar, dropping into his onetime office in the West Wing one day last week to show his new vice president the place on the window where his wife wrote him a Valentine's Day greeting in 2009.

He's made surprise visits to other offices in the building as well, asking staffers what they are working on or consulting them on specific questions related to his Covid-19 relief plan.

He wasted little time showing off his new digs to his old colleagues in the Senate, inviting nearly a quarter of all senators to the Oval Office over his first three weeks on the job for talks on his Covid-19 relief plan and a new infrastructure package.

And he hasn't been put off by the pack of reporters who track his every move. He's shown more willingness to answer shouted questions than Obama was, weighing in on his predecessor's impeachment trial even as the White House insisted he was focused on other things.

The President's Daily Brief, a highly classified update on the country's top intelligence, is back to a daily occurrence after happening only sporadically under Trump. Joined in the Oval Office by Vice President Kamala Harris -- who has used an iPad to receive the briefing, like Obama -- Biden is run through the update by a range of intelligence professionals.

He has expressed a preference for a fire built in the Oval Office fireplace, and sometimes adds a log himself to keep it going. His dogs, two German Shepherds called Major and Champ, sometimes join him.

His days are more structured than Trump's, whose aides began blocking out large chunks of "executive time" to accommodate his television viewing and telephone calls. Biden's meetings are more routine, though they often run longer than planned. The door to the Oval Office is not considered open to just anyone, as it sometimes was under Trump.

Meetings among staffers, which begin before 8 a.m. ET every weekday, are a combination of in-person and video conference while the West Wing remains sparsely staffed due to Covid-19 precautions. In the waning days of the Trump administration, which did not make much use of video-conferencing during the pandemic, cameras were installed on desktops for the incoming team.

When Biden cannot meet an official or Cabinet secretary in-person, a large screen is wheeled into the Oval Office for the individual to participate, as Transportation Secretary Pete Buttigieg did this week for a session on infrastructure. Buttigieg was isolation after one of his security agents tested positive for coronavirus. His face loomed on the screen in front of the Resolute Desk.

The screen has also been used to display charts and data tracking the coronavirus pandemic during briefings with federal health officials.

On weekends, Biden has kept to his routine of attending public mass, in Washington at the Holy Trinity Catholic Church in Georgetown and at his home parish in Delaware -- occasions that aides say allow him to blend back into normal life, at least for an hour. After one outing, he stopped by a bagel shop; officials expect he and the first lady will be more frequent patrons of Washington's restaurants once the pandemic is over.

More so than any recent first couple, Joe and Jill Biden have demonstrated a publicly affectionate relationship, one that extends to private moments spent together in the White House residence. For the first time in decades, there are no children residing in the building, leaving the 55,000 square-foot mansion to the two of them. Jill Biden recently saw the President off with a kiss before his first flight aboard Marine One.

The President traveled to Camp David for the first time since taking office on Presidents Day weekend -- but even the mountainside retreat was familiar after many trips there as vice president.

Biden said before leaving he planned to "just hang out with the family and do what we always do," which included playing Mario Kart at the arcade inside one of the lodges with his granddaughters, who bought him a hat emblazoned with the presidential seal and embroidered with their name for him: Pop.

Still, even for someone well acquainted with presidential life, there are some upgrades that come with the top job.

"It's the same plane we had as vice president, only it's much nicer in terms of what the inside is," Biden said after his first Air Force One ride, which was aboard a smaller jet than the main presidential aircraft because of the shorter runway in Delaware.

He will have his first chance to ride the iconic Air Force One, a military version of a Boeing 747, on Tuesday when he travels to Milwaukee for a CNN town hall -- his first public event out in the country since taking office.

Even Biden will likely set aside his newspapers to relish that moment.

Scenes from the early days of the Biden presidency

President Biden has OK'd making the stimulus checks' salary eligibility more targeted in the Senate bill. Here's what it means and where the Senate bill stands.

6 Dr. Seuss books will stop being published over racist images

A Nike executive resigned from the company after her son used one of her credit cards to purchase $132,000 worth of limited-edition sneakers.

The Border Patrol says 13 people killed in a Southern California crash were among 44 people who entered the U.S. through a hole cut into the border fence with Mexico.

"The mother is not showing much remorse at this time," the police chief said. "She's not really saying, you know, what the motive was."

'Do you miss me yet?' Trump calls for GOP unity, blasts Biden, repeats false election claims

In his first return to the stage since leaving office, Donald Trump used his CPAC speech to try to cement his status as the Republican Party's undisputed leader.

Democrats' sweeping bill could change how we vote

The stakes are monumental, with potential to shape election outcomes for years to come. It also tests how hard President Joe Biden and his party are willing to fight for their priorities.

US health officials warn against reopening too quickly as virus variants spread. “We stand to completely lose the hard-earned ground that we have gained,” said Dr. Rochelle Walensky, head of the CDC. 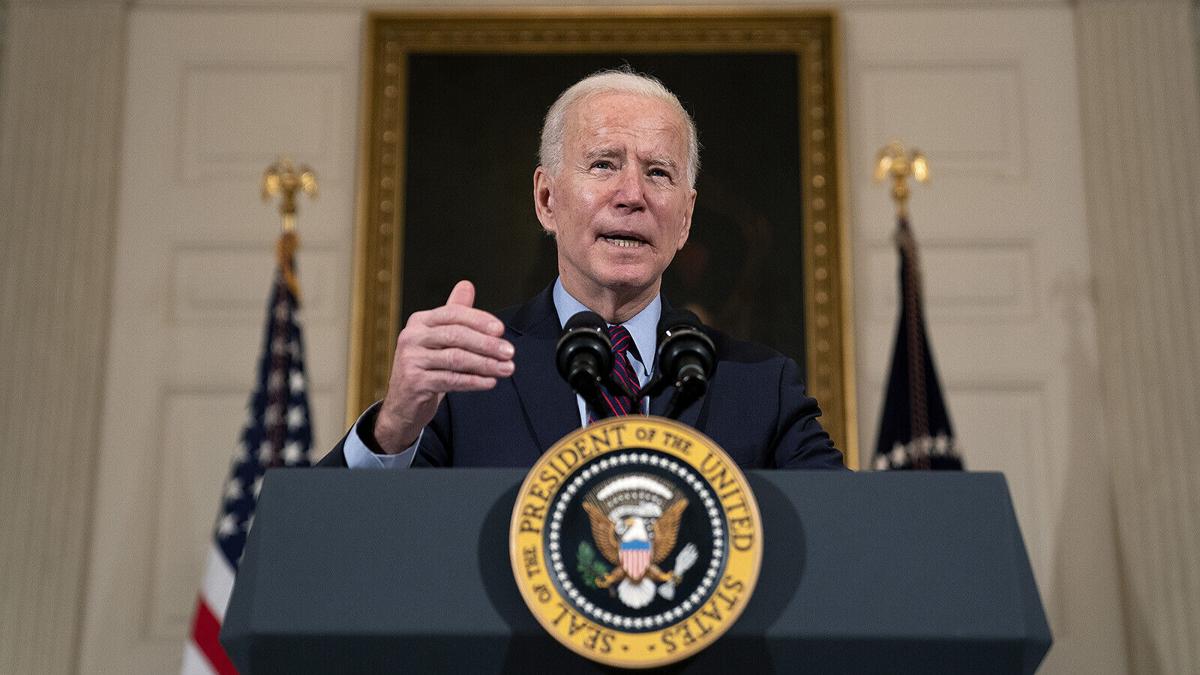 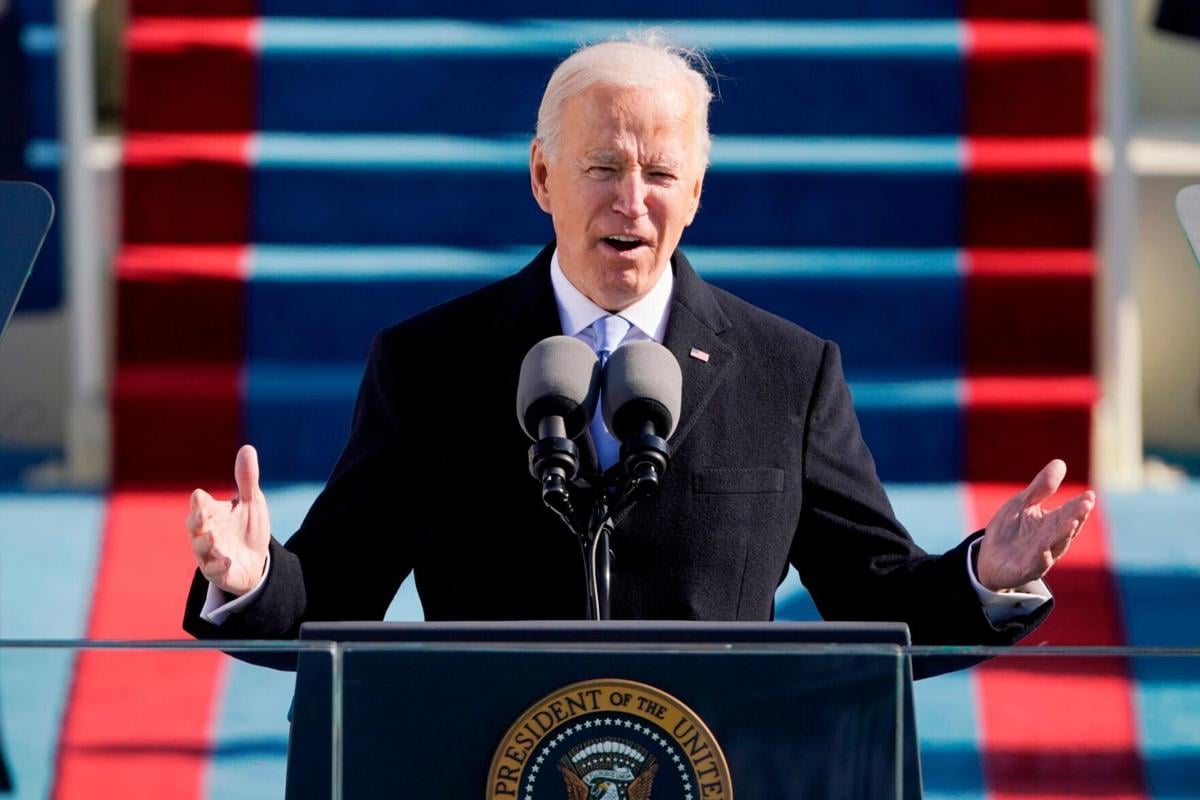 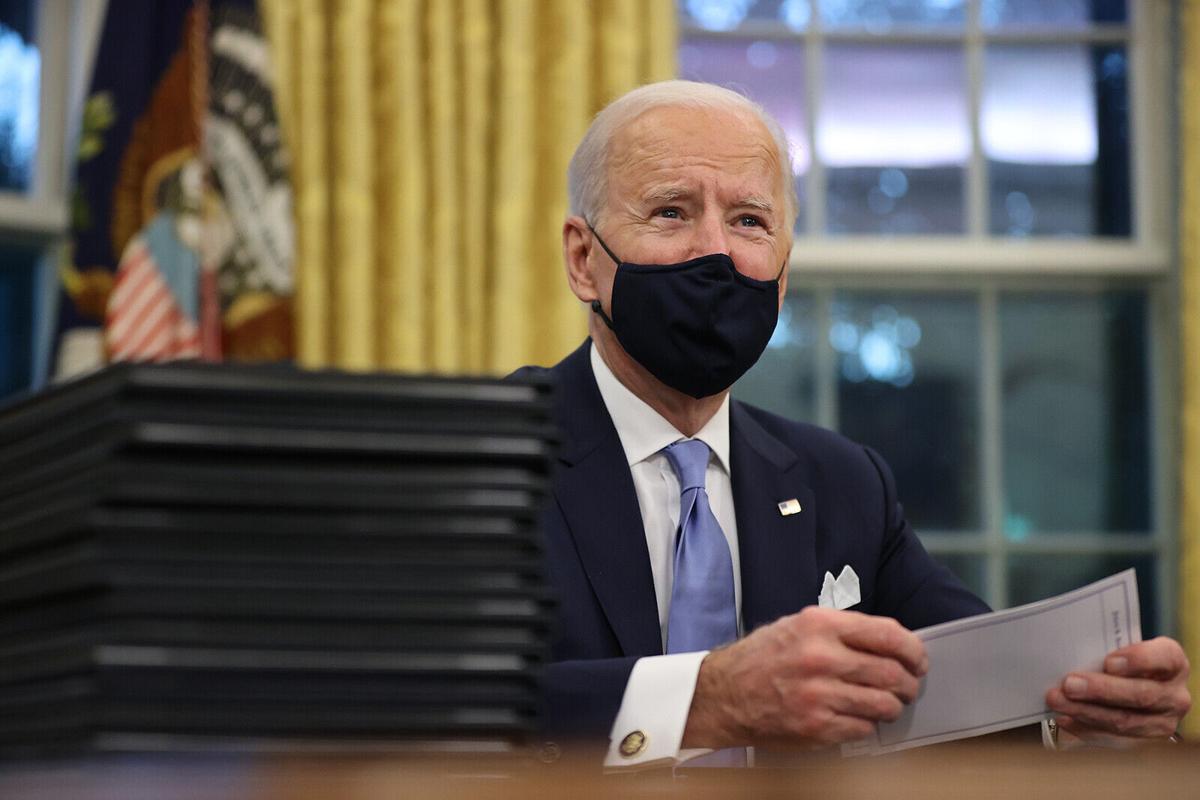 As Biden settles into a job he has been seeking on-and-off for three decades, the daily routine of being president -- with a phalanx of Secret Service agents, regular updates on the nation's top secrets and an ever-present press corps -- has come more naturally for him than for his more recent predecessors. Chip Somodevilla/Getty Images

President Joe Biden walks down the steps of Air Force One at Andrews Air Force Base, Md., Monday, Feb. 8, 2021. Biden was returning from Delaware where he spent the weekend. (AP Photo/Susan Walsh)