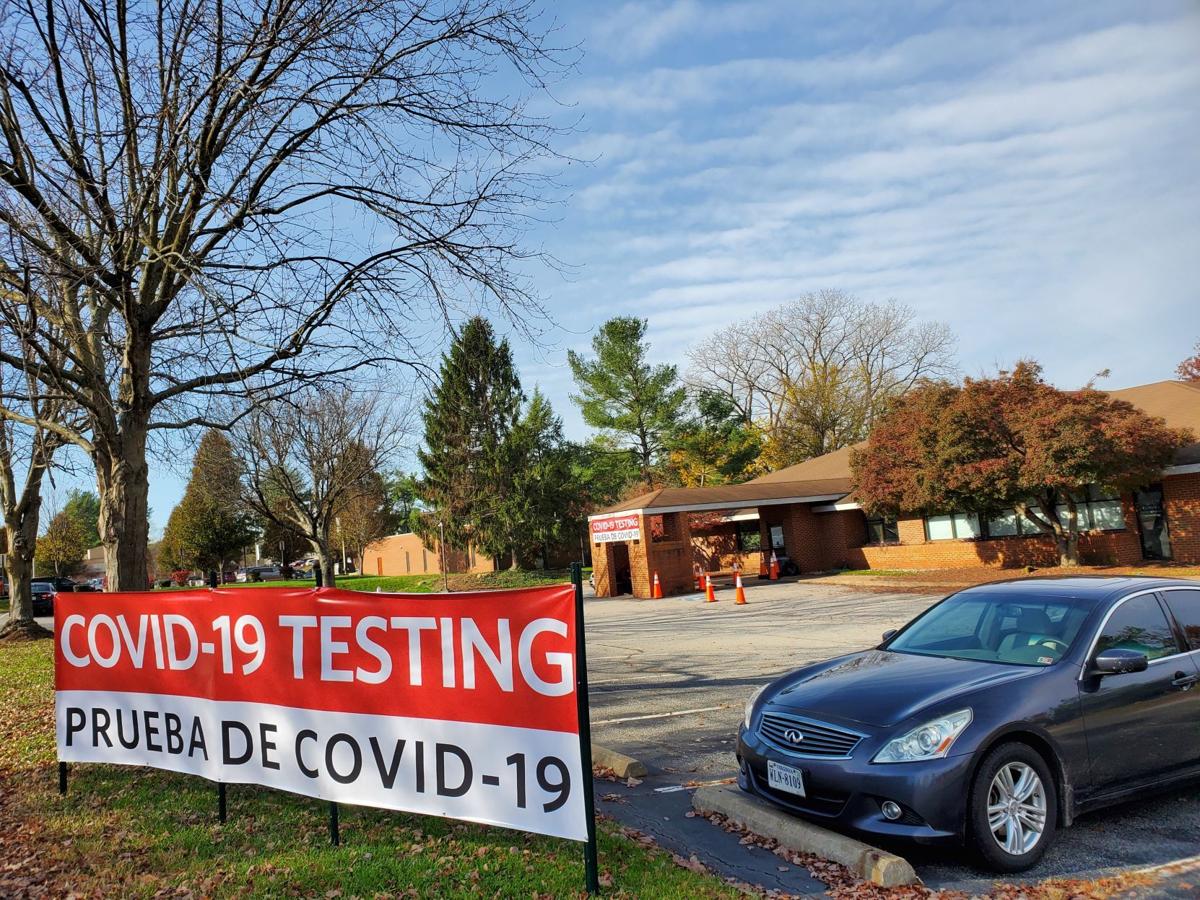 A new COVID-19 testing site opened on Monday outside the Culpeper Medical Center near its emergency entrance. Those who wish to may seek a rapid antigen test there, which produces test results within a couple hours. 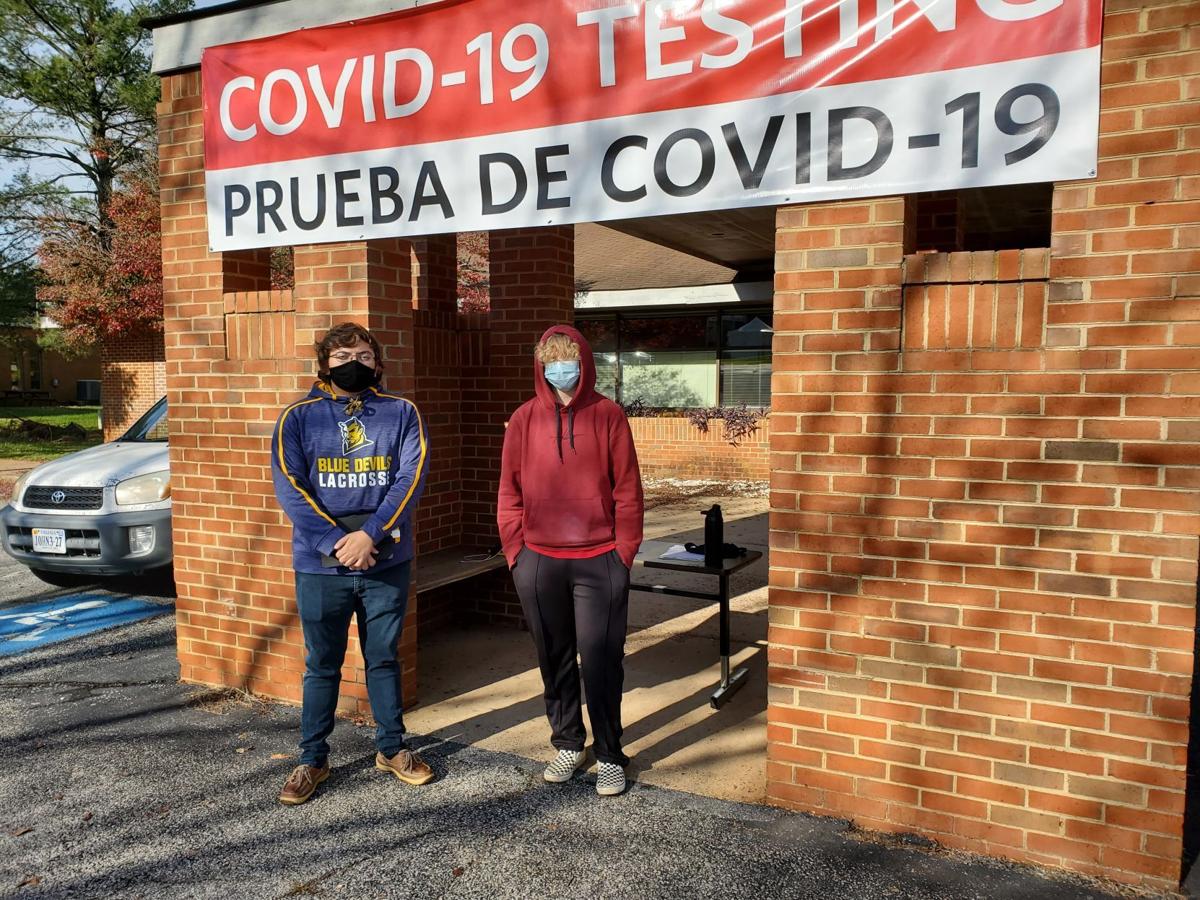 Employees of Covid Testing LLC, Culpeper County High School students Giovanni Corsaro (left) and Jaidon Miller wait for patients on Saturday at the new COVID-19 testing site next to the hospital in Culpeper. 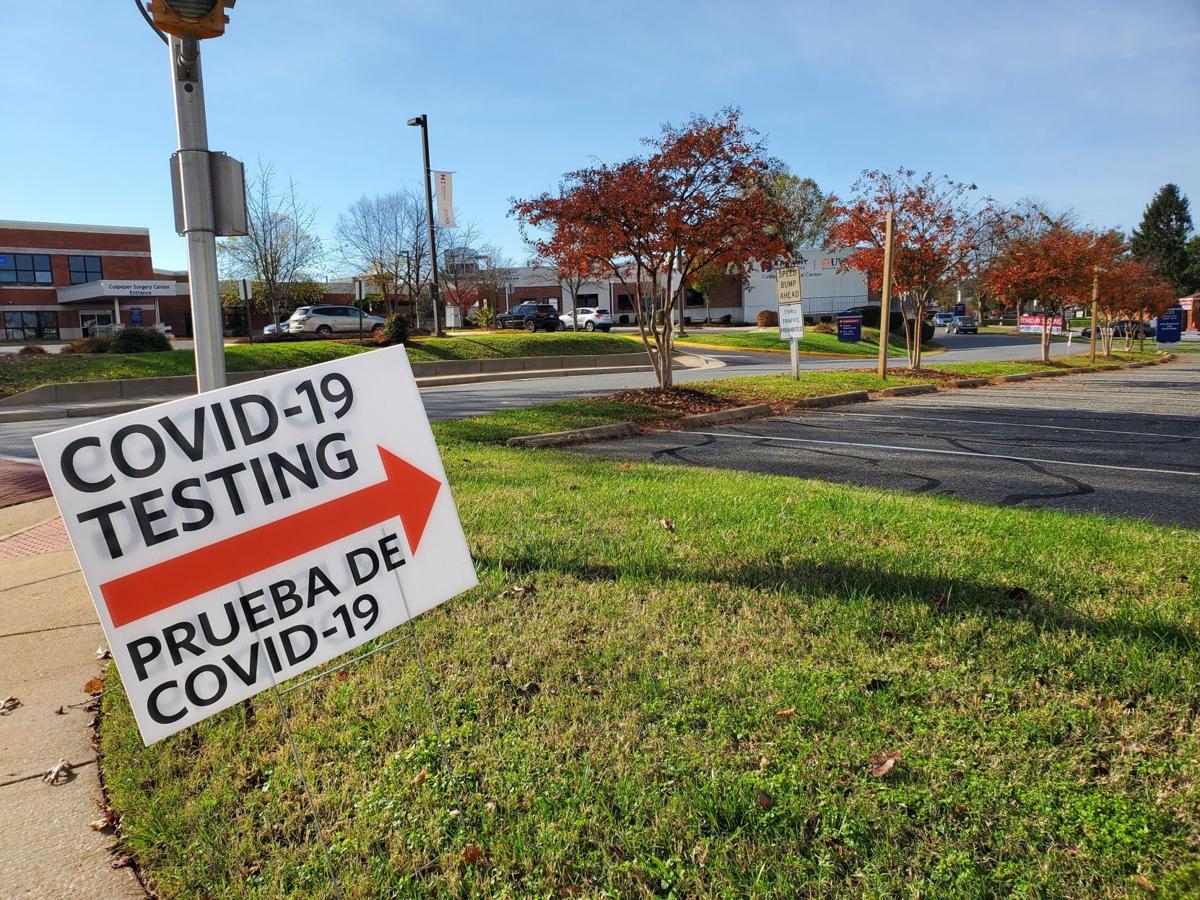 A sign on the corner of Sunset Lane and Hospital Drive in Culpeper announces the new COVID-19 testing site, open weekdays from 8 a.m. to 4 p.m. and Saturdays 9 a.m. to 1 p.m.

As part of a state-wide effort to provide more COVID-19 testing to residents of Virginia, a new rapid-testing site opened near the Culpeper hospital on Monday.

“We’re able to work here most days,” Corsaro said, due to the school’s flexible scheduling and hybrid model of attendance due to the virus. “It’s a pretty interesting thing to do.”

The testing site is open from 8 a.m. to 4 p.m. on weekdays, and 9 a.m. to 1 p.m. on Saturdays. Patients may drive up and park in a designated spot at the testing site, and a nurse will come to their car window to provide instructions.

Tests are free there for anyone living in the Rappahannock-Rapidan Health District who are first responders, healthcare workers or school employees.

“If you live in the health district and are having symptoms or were directly exposed to someone who tested positive, you can also get a free test,” said Eunice Martin, a certified medical assistant with Covid Testing LLC also working at the site Saturday.

For those not experiencing symptoms, but who live in the district and want to get tested, Martin said the cost is $75.

In some cases a person’s personal medical insurance or Medicare may cover all or part of that cost, she added.

April Achter, population health coordinator for the local health district, said in an interview Saturday that so far, the new Culpeper testing site has seen light to moderate use since opening Monday.

“I’m sure it will be busier as word gets out that it’s there,” she said.

More tests for COVID-19 are available in Virginia than ever before, as part of a push announced by Gov. Ralph Northam this week. As many as 22,000 people a day have been tested in the commonwealth in recent weeks, he said.

The PCR test, in which the nasal cavity is swabbed for genetic material and tested for infection is the most reliable test, Achter said. Results for PCR tests take two to three days.

The antigen test—the type offered at the new Culpeper site—is only about 80 percent reliable.

“It uses an antigen protein and while it’s very fast, the downside is it’s not quite as sensitive,” Achter said.

The antigen test—which can produce results as quickly as 20 minutes—works best when an individual already has symptoms and wants to confirm an infection.

For people traveling to another state for the holidays, health officials recommend finding out what restrictions are in place where they are going.

“Some states may require proof that you don’t have the virus by showing the results of a recent test,” Achter said. “The antigen test may help in some cases, but sometimes a PCR test is required.”

Health officials recommend getting tested before and after holiday gatherings. Also it’s important to stay home while waiting for the results.

“Remember, also, that when people get a test, it only tells them if they are infected that particular day,” Achter said.

In Culpeper, in addition to the new testing site, people can get a rapid test for COVID-19 at MedExpress on Madison Road. Elsewhere in the health district, testing is available at GoWell in Warrenton and the Warrenton location of Covid Testing LLC, next to Piedmont Family Practice, in Fauquier, and at Orange Family Physicians in Orange County.

“With the holidays coming we know everyone wants to see family and get together, but we know that this is how the virus spreads,” Achter said.

“We encourage people to keep their bubbles small,” she added, “and if they are getting together, to be careful and follow the recommendations we all know—wear a mask, watch your distance, wash your hands.”

A new COVID-19 testing site opened on Monday outside the Culpeper Medical Center near its emergency entrance. Those who wish to may seek a rapid antigen test there, which produces test results within a couple hours.

Employees of Covid Testing LLC, Culpeper County High School students Giovanni Corsaro (left) and Jaidon Miller wait for patients on Saturday at the new COVID-19 testing site next to the hospital in Culpeper.

A sign on the corner of Sunset Lane and Hospital Drive in Culpeper announces the new COVID-19 testing site, open weekdays from 8 a.m. to 4 p.m. and Saturdays 9 a.m. to 1 p.m.